Honorio “The Rock” Banario has shocked fans and critics with his whirlwind mixed martial arts career over the past five years.

Just three months after capturing the inaugural ONE Featherweight World Championship in February 2013, the Team Lakay veteran lost his swagger.

He dropped the belt in his first title defense, and then experienced a traumatic five-bout skid. At one point, he even contemplated retirement.

Stunning kicks from "The Rock!"

The Benguet, Philippines resident opted to carry on, but realized he needed to make a pivotal change in order to find success once again.

Banario recreated himself as a lightweight in April 2016, and almost magically, the pendulum swung back in his favor.

Ever since moving up a weight class, he has been flawless, and is now on a five-bout win streak with impressive victories over the likes of Eddie Ng, Jaroslav Jartim, and top lightweight Adrian “The Hunter” Pang.

The career resurgence is so amazing, it has even shocked the Filipino himself.

“I have always believed in myself, but I was surprised to have done what I did,” the 28-year-old confesses. “With the help of my teammates, and the support of my friends and my family, I have [successfully] continued with my career. It was a good decision.” 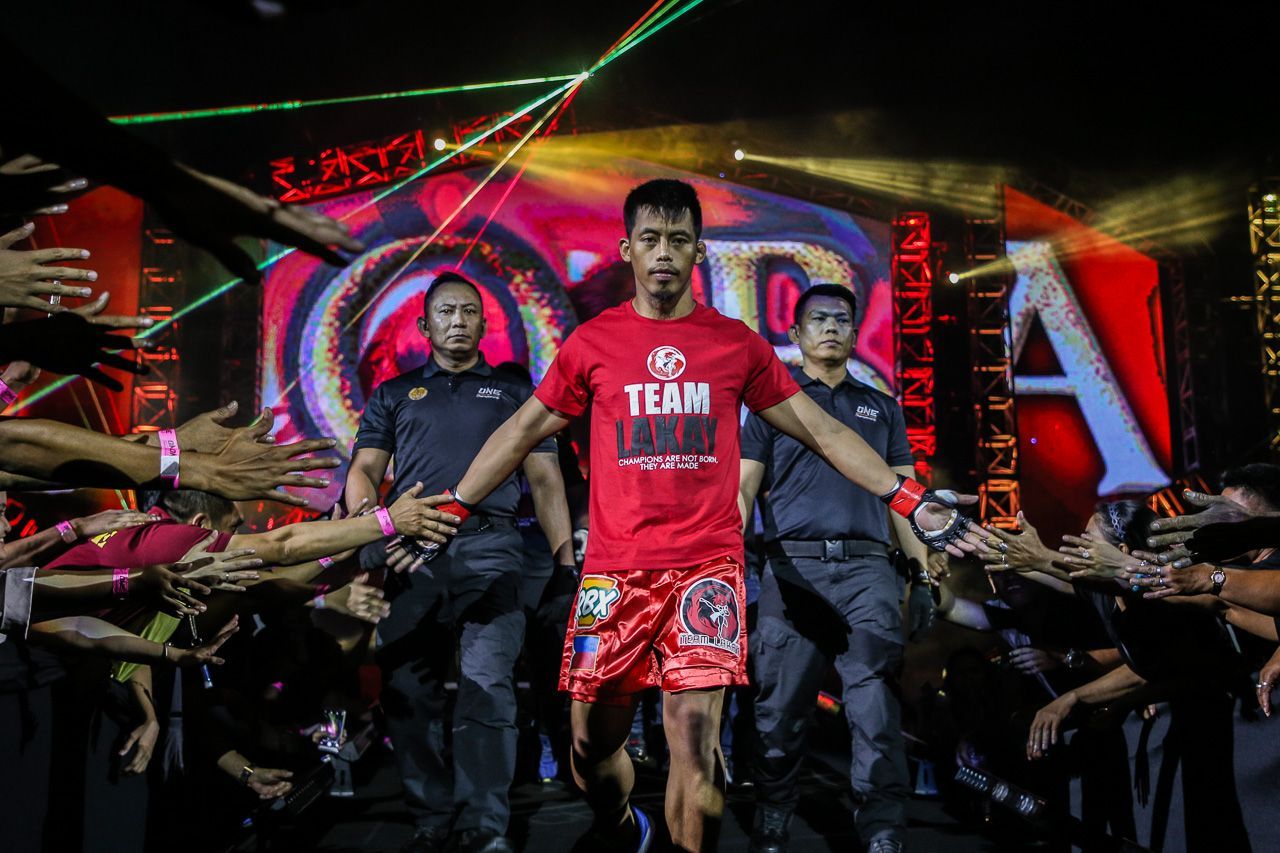 Actually, it was a great decision, and a sixth consecutive win on Saturday, 8 September, could push him into World Title contention.

Banario is slated to meet Amir Khan at ONE: BEYOND THE HORIZON, which takes place at the Baoshan Arena in Shanghai, China.

Though just 23 years old, Khan has dazzled in his four-year career. He has a 90 percent finishing rate, and owns the record for the most knockouts in ONE Championship at eight.

Most recently in May, the young phenom scored a second-round TKO against South Korean grappler Sung Jong Lee at ONE: UNSTOPPABLE DREAMS. While the Singaporean poses some major threats, Banario is riding his spectacular momentum, and he is “confident of victory” in Shanghai.

“Amir is a hungry young lion, and one of the top contenders at lightweight. He is tall and long, and uses his distance very well. It is going to be a good challenge for me,” the Filipino acknowledges.

“I know he is a great striker, but so am I. It is going to be Muay Thai versus wushu when we meet at the center of the cage.

“I think my skills are good enough to beat him. The winner will move forward in the division in a big way, and I am looking to make a statement.”

Also, this lightweight clash — along with an upcoming featherweight tilt between Christian Lee and Edward Kelly on the same card — pits world-class athletes from two of Southeast Asia’s elite gyms against each other.

Standing across from the young Singaporean is Banario, who has spent his entire mixed martial arts career training at Team Lakay, a humble gym in Baguio City, Philippines, that is known for their powerful wushu striking.

The squad also has reigning ONE Flyweight World Champion Geje Eustaquio, and current interim bantamweight titleholder Kevin “The Silencer” Belingon in their stable.

Both gyms are renowned as two of the best in the East.

While each has a similar ideology of producing outstanding athletes who possess core martial arts values, the two operate quite differently, and “The Rock” views Lakay’s simplicity as a benefit.

“They have a lot of World Champions training at Evolve. [They have] the best facilities, and access to knowledge from BJJ black belts and Muay Thai World Champions,” Banario explains.

“We do not have that at Team Lakay. We may not have the advanced facilities, or every resource at our disposal, but I do not see it as a disadvantage.

“We have each other, and because we operate on very little, I think it makes us hungrier to prove that Team Lakay is world-class, and one of the best teams in the world despite our limited resources.” 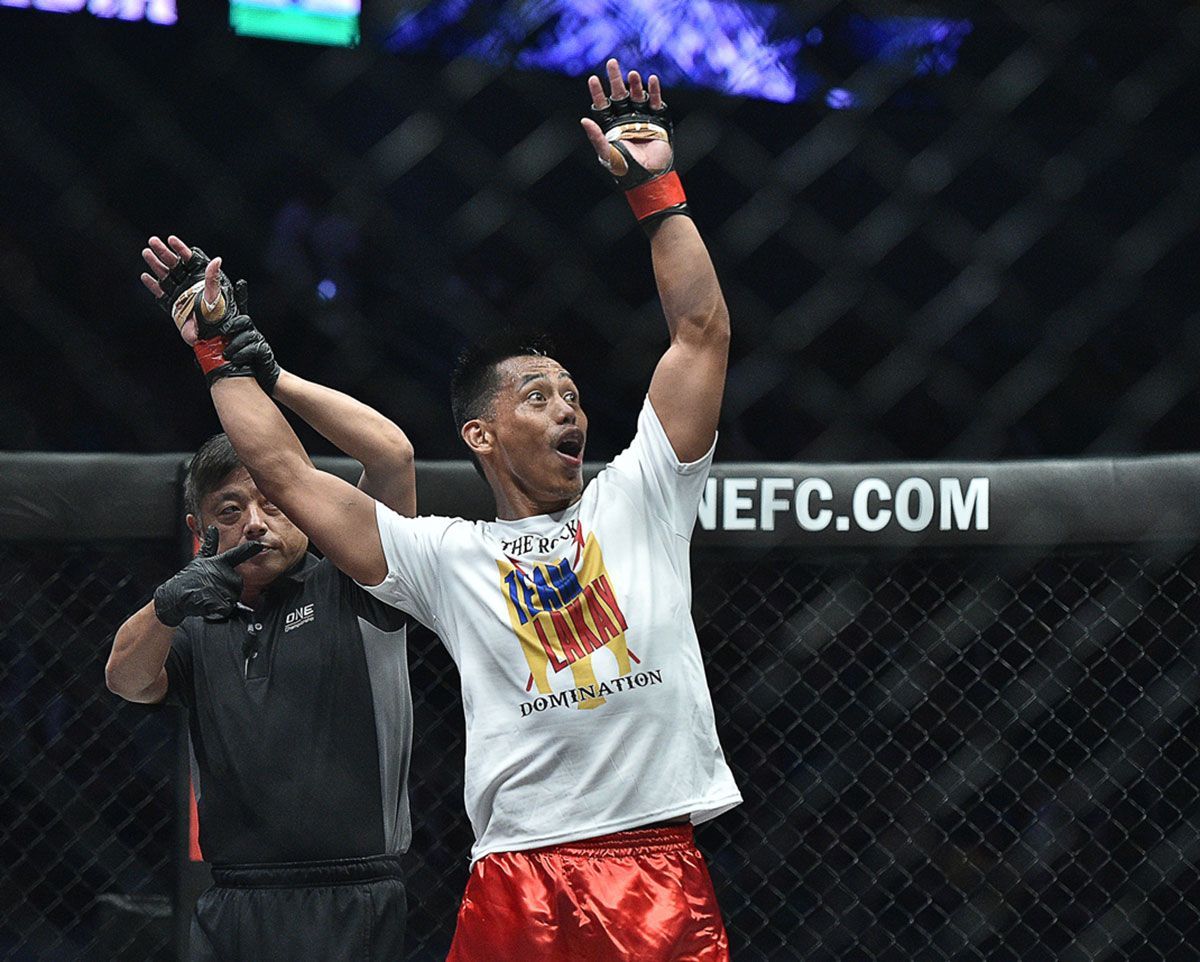 There is no arguing with the results, especially when the camp has produced four mixed martial arts World Champions over a five-year period.

As for the resurgent Banario, he is focused on getting a crack at his second ONE World Title, and a victory over his Evolve MMA opponent could very well lead him to a shot at the division’s reigning king Martin “The Situ-Asian” Nguyen.

“Right now, I am just motivated to keep on winning,” the Filipino says.

“I just want to beat whomever [the matchmakers] put in front of me. If that leads to the World Title, then I am fine with it.”