Hiroki Akimoto was back to winning ways with a brilliant performance at ONE: MASTERS OF DESTINY, but the Japanese star believes he will be even better in the future.

The Chinese-Australian threw some heavy leather and bones at his rival across all three rounds, but the Evolve representative’s technical brilliance and game planning helped him get the edge in the opening exchanges.

“I chose to block at the start, and that gave me time to analyze his movements and game, after which, I made my move to step forward to strike,” Akimoto explains.

“I knew he was aiming to land a shot, but I was able to adapt and cope with it. It didn’t throw me off my game, so I continued to keep it at the same pace I was at.

“I thought I won [round one]. However, because I was aiming for a KO, I was searching for ways to achieve that in the following rounds.”

Despite the 26-year-old’s success, Tse was not discouraged, and came out of his corner throwing heat in the second stanza to make this a competitive flyweight match. 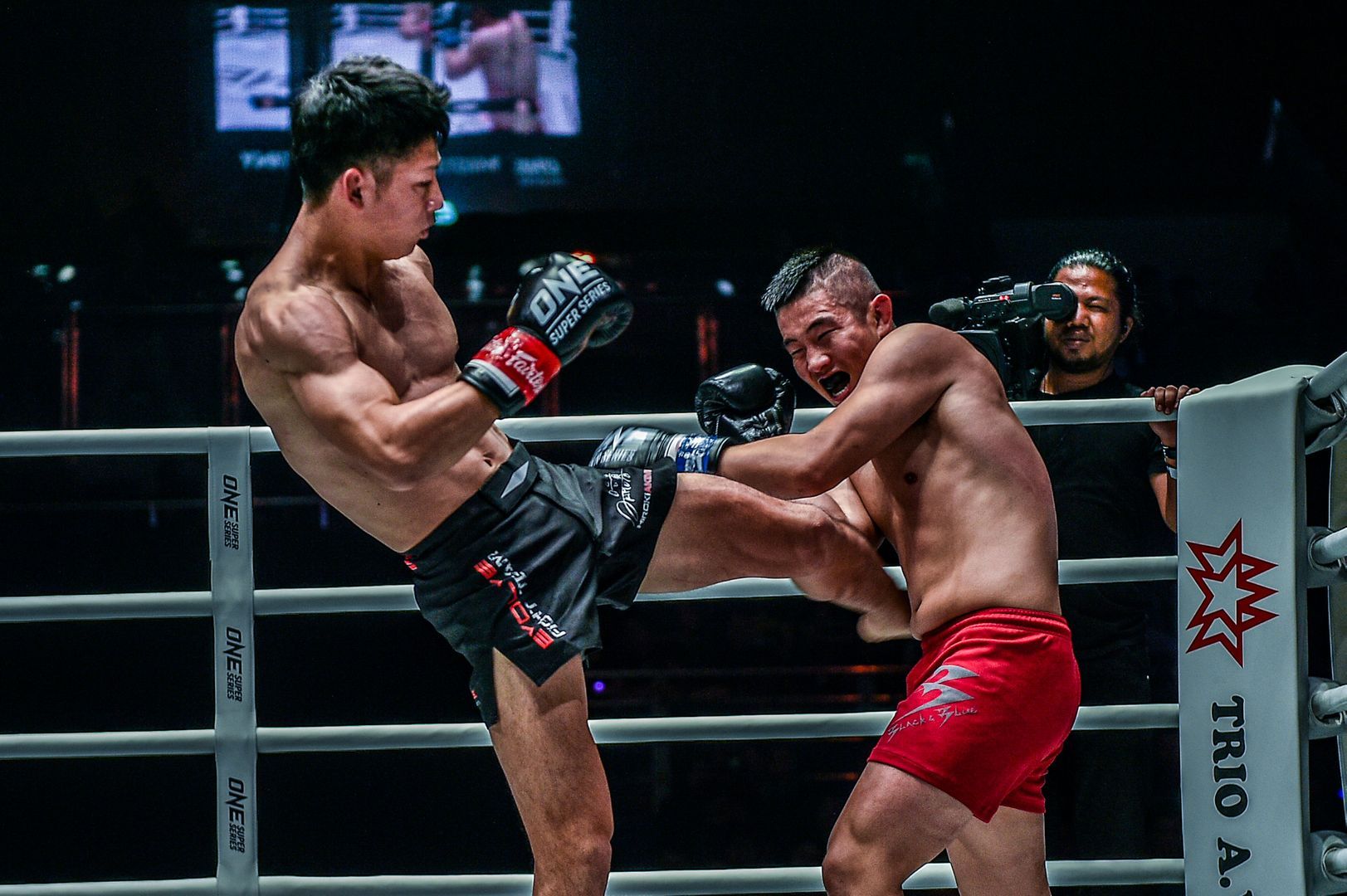 Though Akimoto appeared to absorb a hard right hook, his defense remained tight when his rival came into boxing range and when he started to threaten with his switch kick.

The man from Toyota weathered the storm, countered when he needed to, and maintained pressure with his own dangerous left kick.

“I did not think there would be a problem in the boxing range, but I hated [Tse’s] left kick, so I used a lot of knees to block it off when he came close,” he adds.

“I was able to withstand and shake off the power of his punch, it felt fine.

“[Going into round three] told me that it was the last round and I was going to win it! I gave it my all and raised my level of offense, it was a great experience. I was confident that I did enough to win.” 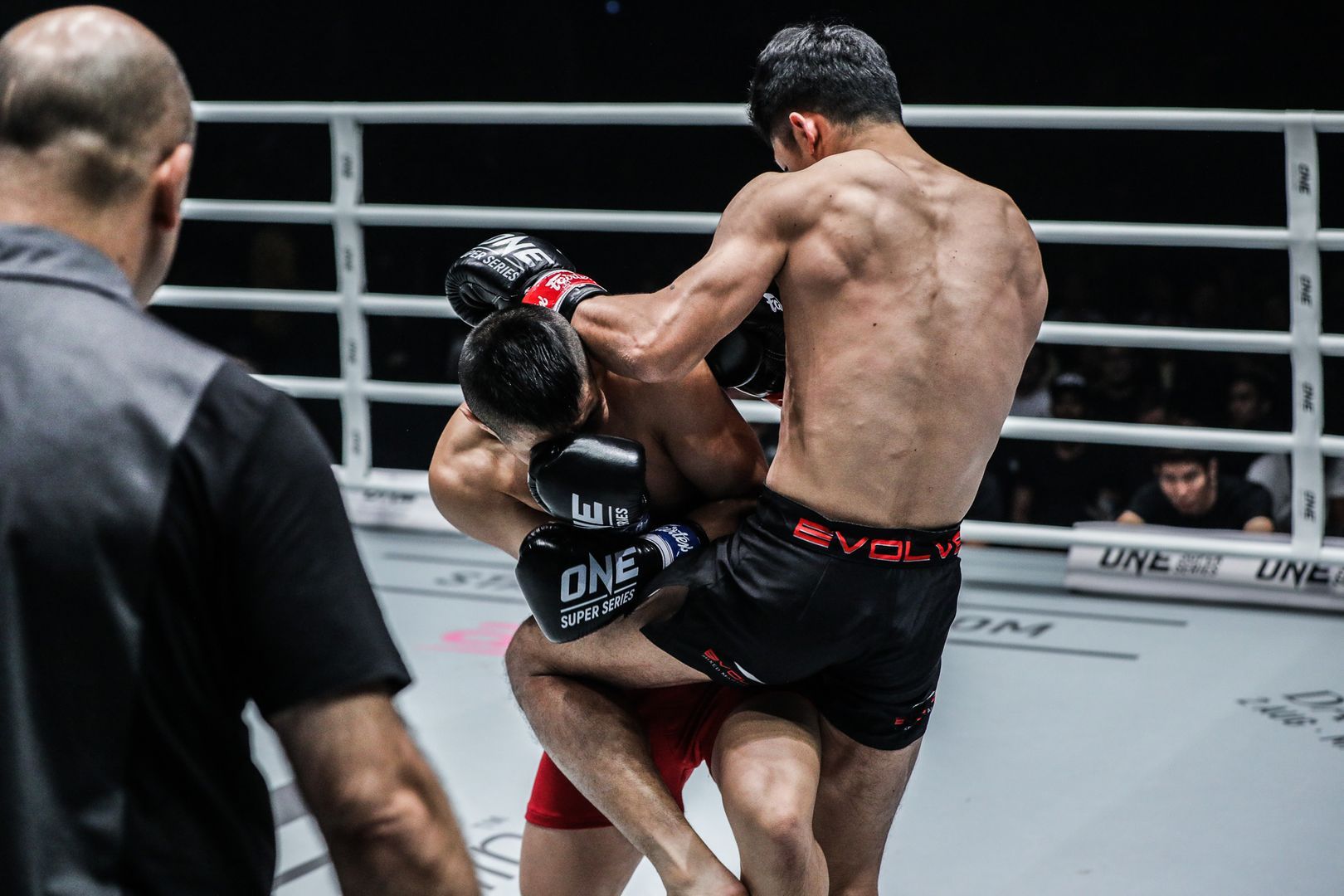 The karate expert’s confidence was well placed as he took the unanimous decision after the final bell rang, and he was grateful to emerge with his second win in ONE Championship.

“In the moment, I was so relieved that it was over, and I was really happy that I won. As this was my comeback match, coming out victorious means a lot to me,” Akimoto admits.

Compared to some of the other men in The Home Of Martial Arts’ kickboxing ranks who have more than one hundred bouts on their record, Akimoto – at 21-1 – is relatively inexperienced.

However, a lifetime of karate competition, raw talent, and the hunger to improve every day in Singapore means he is not too far behind some of the world’s foremost competitors.

Now with the lessons he has taken from his latest success, he is keen to get back in the gym to strengthen his skill set as he prepares for his next assignment on the global stage. 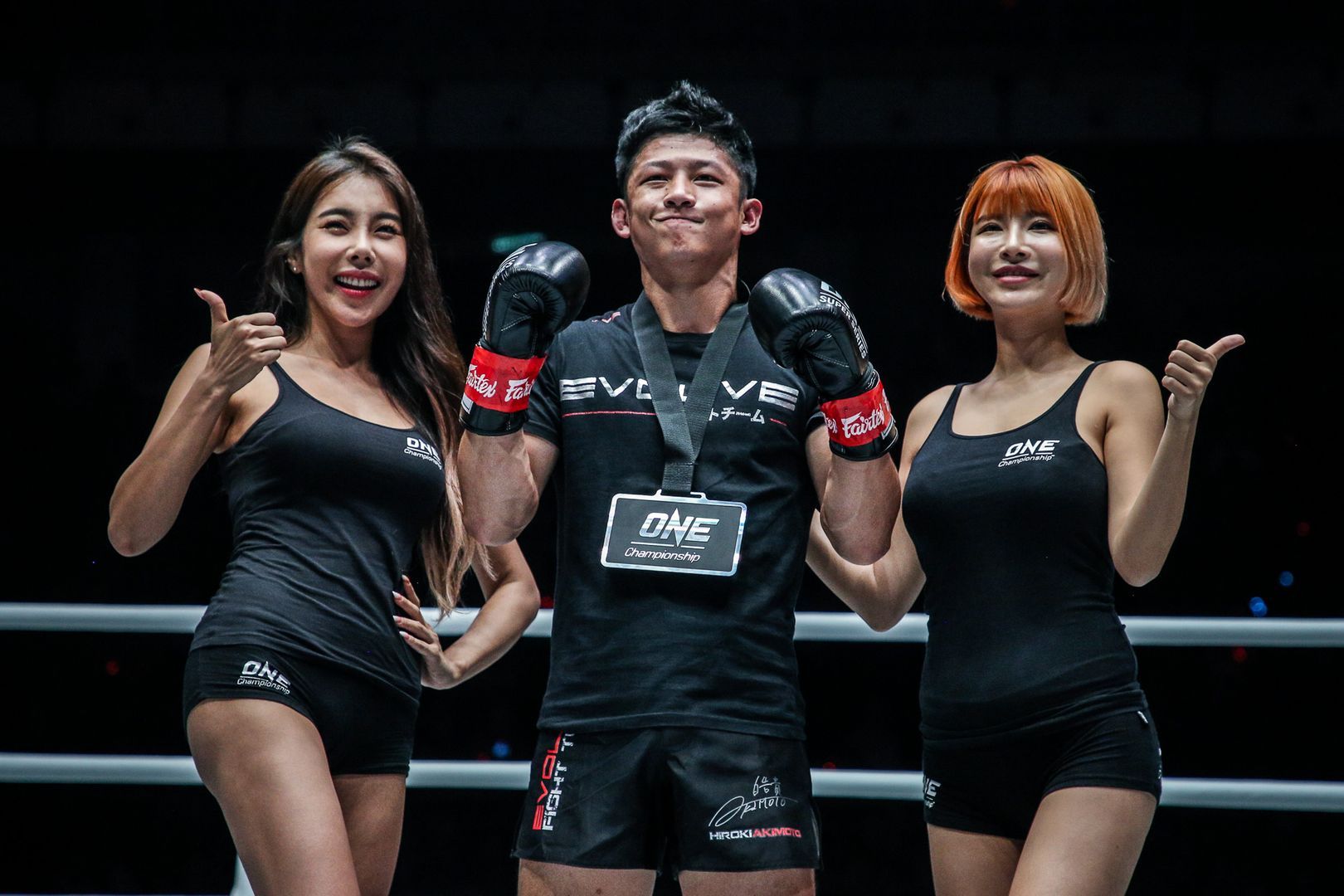 “I would give myself a 50-percent score. Even though I won, there are still a lot of challenges I have yet to overcome. I still have a lot to learn and will further develop my skills to grow as a professional athlete,” he explains.

“I will be reviewing the video of my match with the Evolve coaches and training hard to overcome any shortcomings observed. I will continue to give it 120 percent to prepare to battle any future opponents lined up for me.

“I will take the time now to let my body rest and recover and will soon begin to pick up training again to prepare for the next match.”