It has been a long time coming, but Japanese karate phenom Hiroki Akimoto will finally make his ONE Championship debut this Friday, 25 January at ONE: HERO’S ASCENT.

A multi-time champion in Kyokushin karate, Akimoto is the latest addition to the ONE Super Series, where he will make his first appearance in kickboxing – though he has ambitions to cross over into Muay Thai as well after training with the World Champions at Evolve.

Ahead of his first contest against Australia’s Josh “Timebomb” Tonna at the Mall of Asia Arena in Manila, Philippines, Akimoto moved his training camp to the elite facility in Singapore in October.

"Always remember, your focus determines your reality." – George Lucas Kyokushin Karate World Champion and Undefeated Kickboxer Hiroki Akimoto @hiro_a_16 from the EVOLVE Fight Team wakes up every day focused on one thing, doing everything he can to become the best martial artist he can be. That mindset is what has gotten him to where he is today. With the right mindset, anyone can conquer any goal. #evolvemma #evolvefightteam #muaythai #kickboxing #martialarts #mma #athlete #training #technique #fitness #fitspo #sport #mindset #japan #singapore #onechampionship

“Training is going well, and I am training very hard every day. I’ve been living Singapore and training at Evolve for a few months now,” Akimoto says.

“I get to learn from and train under so many Muay Thai World Champions every day here, so I am prepared as ever.”

While his first contest will take place in the Philippines, Akimoto is anxiously awaiting the day when he can return to Japan to represent ONE in his home country.

There have been numerous world-class athletes from The Land Of The Rising Sun who have been a part of the ONE Championship roster, but 31 March will mark the first time the organization has put on a show there with the upcoming ONE: A NEW ERA card in Tokyo.

Akimoto is excited about the world’s largest martial arts organization finally going to his native land, and he believes the fans there are going to be amazed by the level of talent on display.

“The Japanese martial arts world will be shocked by how high-level and big ONE Championship is,” Akimoto states.

“I think that ONE is the right platform to prove real World Champions.”

When he is not competing at home, Akimoto is proud to represent Japan around the world, and he hopes to do exactly that with distinction in his debut at ONE: HERO’S ASCENT.

“I want to prove that Japanese karateka are amazing.”

In his first match-up, Akimoto did not get an easy task against WMC Intercontinental Muay Thai Champion Tonna. 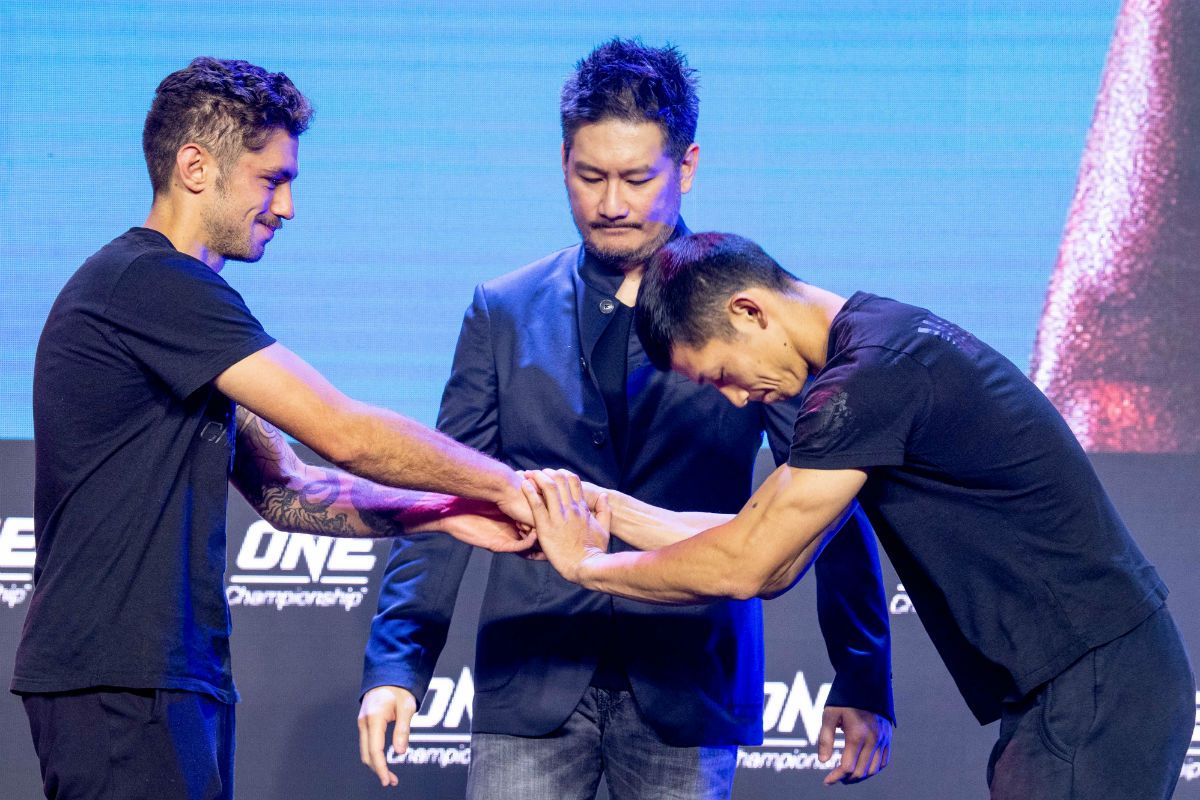 The Aussie is a veteran kickboxer with nearly 50 bouts on his resume, which is more than double the experience that Akimoto has in the same discipline.

He is also coming into this encounter fresh off an impressive comeback win against Joseph “The Hurricane” Lasiri at ONE: PURSUIT OF GREATNESS.

Akimoto respects his opponent’s skills and abilities, but he is also ultra confident he will get the job done when they clash this weekend.

“He has a lot of heart,” Akimoto adds.

“I’ve been training very hard, so I am not afraid of him.”

Throughout his career in Kyokushin karate as well as kickboxing and Muay Thai competitions, the 26-year old karateka has become best known for his crisp technique and huge knockout power.

While working with the numerous World Champions at Evolve for the past four months, Akimoto says he has gotten even sharper and more dangerous in every facet of martial arts.

"Self-belief and hard work will always earn you success." – Virat Kohli There's no secret to success. No matter where you look, where you find success, you will find dedication and hard work. Kyokushin Karate World Champion Hiroki Akimoto @hiro_a_16 from the EVOLVE Fight Team is an example of that. The success he has today is due to his years of hard training and discipline.  #evolvemma #evolvefightteam #muaythai #kickboxing #martialarts #mma #athlete #training #technique #fitness #fitspo #sport #japan #singapore #onechampionship

He says that once he puts everything together inside the cage, it will be more than Tonna can handle.

“My wide range of techniques and varied skill set will be my biggest advantage over Josh Tonna,” he adds.

“If I have to give a prediction, I think I will win by KO.”

If all goes well on 25 January, Akimoto definitely hopes to stay busy for the remainder of the year as part of ONE Super Series, and build towards the summit in The Home Of Martial Arts.

“My goal is to become a World Champion in ONE Championship.”