Nine months following his most recent victory in the Chinese metropolis, the hero returned to the Baoshan Arena for a ONE Super Series Muay Thai bantamweight clash with Scotland’s Andrew “Maddog Fairtex” Miller at ONE: LEGENDARY QUEST on Saturday, 15 June.

The 23-year-old sent the crowd into a frenzy when he used his powerful boxing to knock out his European foe late in the second round.

Miller opened up the contest with probing kicks, and he looked to land his long-range strikes on his opponent’s body and legs. He made use of his reach advantage with his jab and appeared quite comfortable in the exchanges.

The crowd was in song for their local hero, and this motivated Han to push forward. He worked hard to get through the Scotsman’s attacks, and rocked him with a left hand late in the first stanza. Also, he connected with a perfectly-placed elbow before the bell rang.

Han was clearly determined to go after his rival in the second, and he came out at a faster pace. After countering Miller’s low kick with a solid right hand, he accidentally poked his foe in the eye, which caused a brief break in the action. 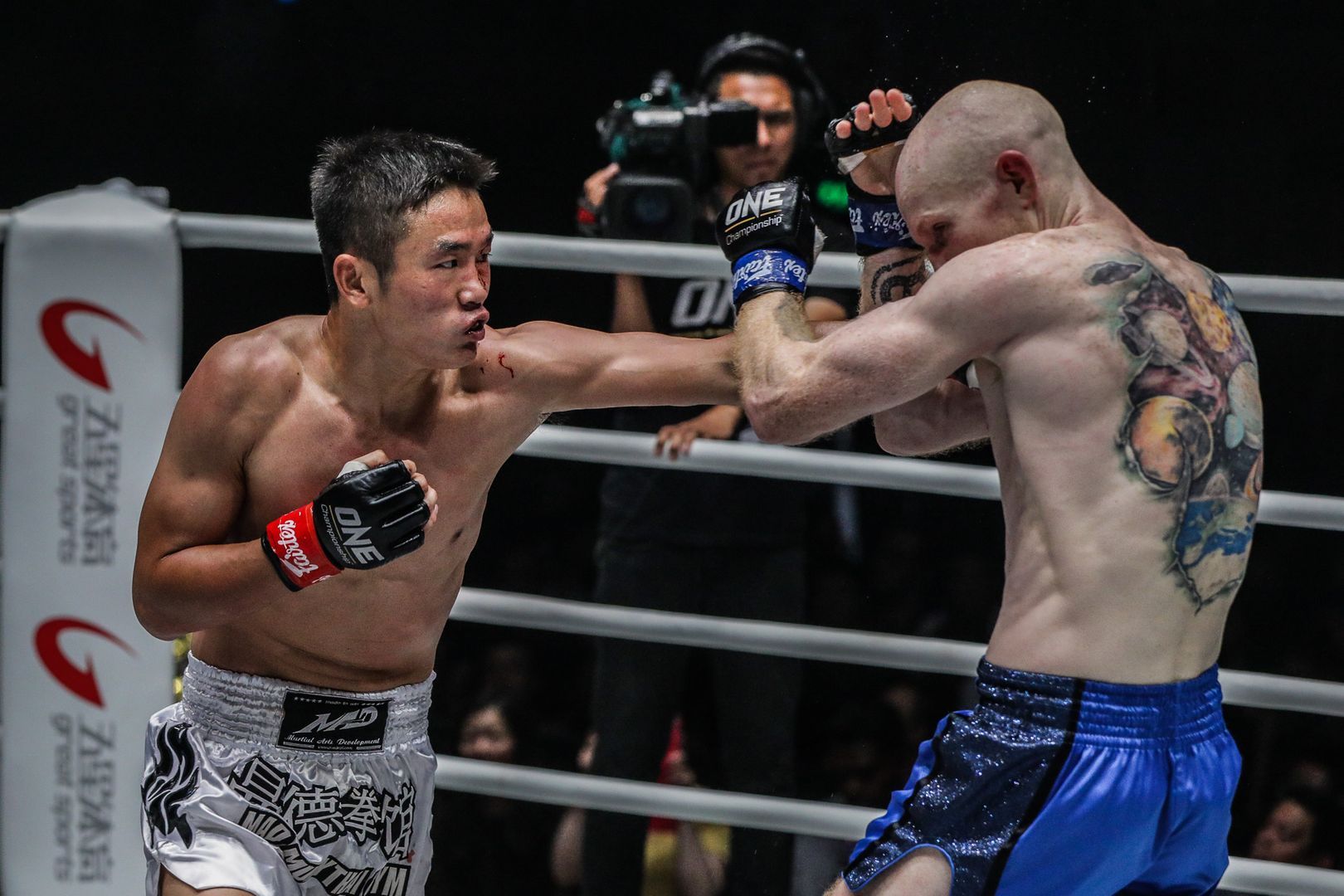 When the action resumed, the Chinese athlete put his foot on the gas and a superman jab to the chin sent Miller crashing to the canvas. He tried to rally for the finish, but “Maddog Fairtex” stifled his offense with some quality clinch work.

Once the Fairtex Training Center representative cleared his head, he stepped in with cutting elbows. Han responded with a thunderous right hand, which sent his European adversary reeling into the corner.

Miller stumbled back, and he tried to cover up and counter, but Han let rip with a volley of shots. A left hook found the mark, and then a final right hand put Miller down for the second time in the round — and, ultimately, out of the contest. The bout was officially stopped at the 2:36 mark of round two, giving Han the 61st victory of his professional career.

Now, he restarts his quest back to a ONE Bantamweight Muay Thai World Title opportunity on solid footing.