The Bangkok-based Muay Thai stylist has amassed more bouts and victories in ONE Championship’s elite stand-up league than any other athlete.

Han’s prolific output is nothing new – he is already a veteran of 75 professional contests – and now that he can compete against so many world-class opponents, he wants to maintain it.

“I have always been this busy, I compete every month,” he says.

“I don’t want to stop. I always want to put myself in a situation to progress.”

Fans saw his evolution first-hand. After coming within a whisker of victory against Panicos Yusuf in July, the Top King Muay Thai World Champion rebounded with a string of three straight victories.

His most recent victory over Malaysia’s Che Wil at ONE: CONQUEST OF CHAMPIONS on 23 November topped off his year in style, but it was the memorable KO over Jakiri that stands out the most.

He had to show his fortitude to defeat the Filipino. In an early exchange, the Chinese athlete received a solid shot from his foe that affected his vision, but his mental strength helped him to push through the adversity and connect with a cannon of a right hand.

What's in store for ONE Super Series standout Han Zi Hao in 2019? ????Download the ONE Super App now ???? http://bit.ly/ONESuperApp

“The most satisfying match was in Yangon, Myanmar at ONE: PURSUIT OF GREATNESS,” explains Han.

“I could hardly see anything out of my left eye. There was a little bit of panic at that time, but I thought I could not mess it up. I had to hold my ground and find a way to finish the fight.

“I found an opportunity to land a punch when he grabbed my leg and reacted too slowly, and I got the KO.”

The three-time ONE Super Series victor has now forced himself into contention at the top of the bantamweight division thanks to some great performances.

That means his next opponent could be one of the elite names his teeming with, like Muangthai P.K.Saenchaimuaythaigym, Tukkatatong Petpayathai, or Nong-O Gaiyanghadao. Han has already faced some of them on the stadium circuit in Thailand, and he has no qualms about doing so again.

The Mad Muay Thai Gym representative’s ambition to become ONE Muay Thai World Champion gives him all the motivation he needs to take on any challenge in 2019. 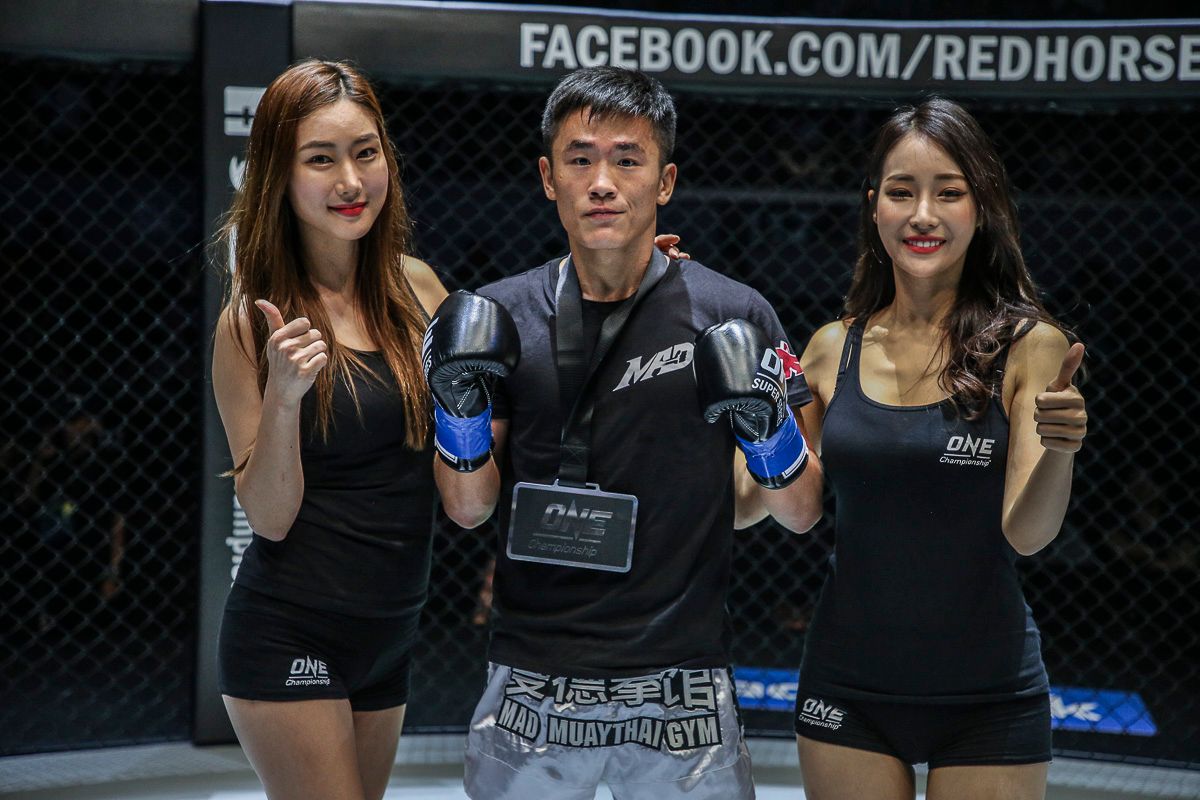 “I challenged Muangthai and Tukkatatong last year, and unfortunately lost both fights with very close scores,” he explains.

“I am not ashamed to lose to them, I learned a lot and I look forward to the chance to face them again in the future.”

“They are the top fighters in Thai boxing. Whoever is next, as long as I take the fight, it means that I have the confidence that I can win.

“If I get the chance to challenge for the title, I want it to belong to me.”