Gurdarshan “Saint Lion” Mangat has lived up to the hype as India’s top mixed martial artist in his first two ONE Championship bouts, but he will take a big step up in competition at ONE: MARK OF GREATNESS.

Next Friday, 6 December, the 32-year-old flyweight contender will face Reece “Lightning” McLaren on the main card in Kuala Lumpur, Malaysia.

The Aussie grappling specialist has faced some of the stiffest competition in The Home Of Martial Arts and challenged for the gold in the bantamweight division, so he is likely to give Mangat the biggest test of his career.

However, if he can get past a veteran like McLaren, he knows he will take a huge step toward his ultimate goal of becoming the first Indian to challenge for a mixed martial arts World Championship.

As “Saint Lion” reveals, he believes the support of his countrymen, combined with his improvements as an athlete, can take him to new heights in the Axiata Arena.

ONE Championship: What did you think about this match-up with McLaren when it was offered to you?

Gurdarshan Mangat: I am so excited about the match-up. I truly do respect the guy. I’ve watched him for many years.

He fought my mentor, my teammate Bibiano Fernandes, and went all five rounds with him. He is a World Title challenger. I do respect him. I respect his style.

They always say work so hard that your idols become your rivals. That’s kind of been the code for me this camp… I’m excited that this is a great challenge and the guys that I’ve been watching on TV are now standing across the cage from me.

ONE: What do you believe makes him a dangerous opponent?

He enjoys being in there. That makes him a dangerous fighter.

ONE: What makes you a dangerous opponent for him?

GM: I’ve learned to be comfortable in there, too. I almost feel like the freshman that’s coming to take out all the sophomores now. There is a lot of pressure on me but that’s what lets me rise to the occasion.

It just comes down to my mindset. I had lost a lot of love for this sport. I was almost done until I signed with ONE and ONE reignited this fire. Now I look like a completely different fighter from when I first signed with ONE. I enjoy being in there. I enjoy growing as a martial artist. 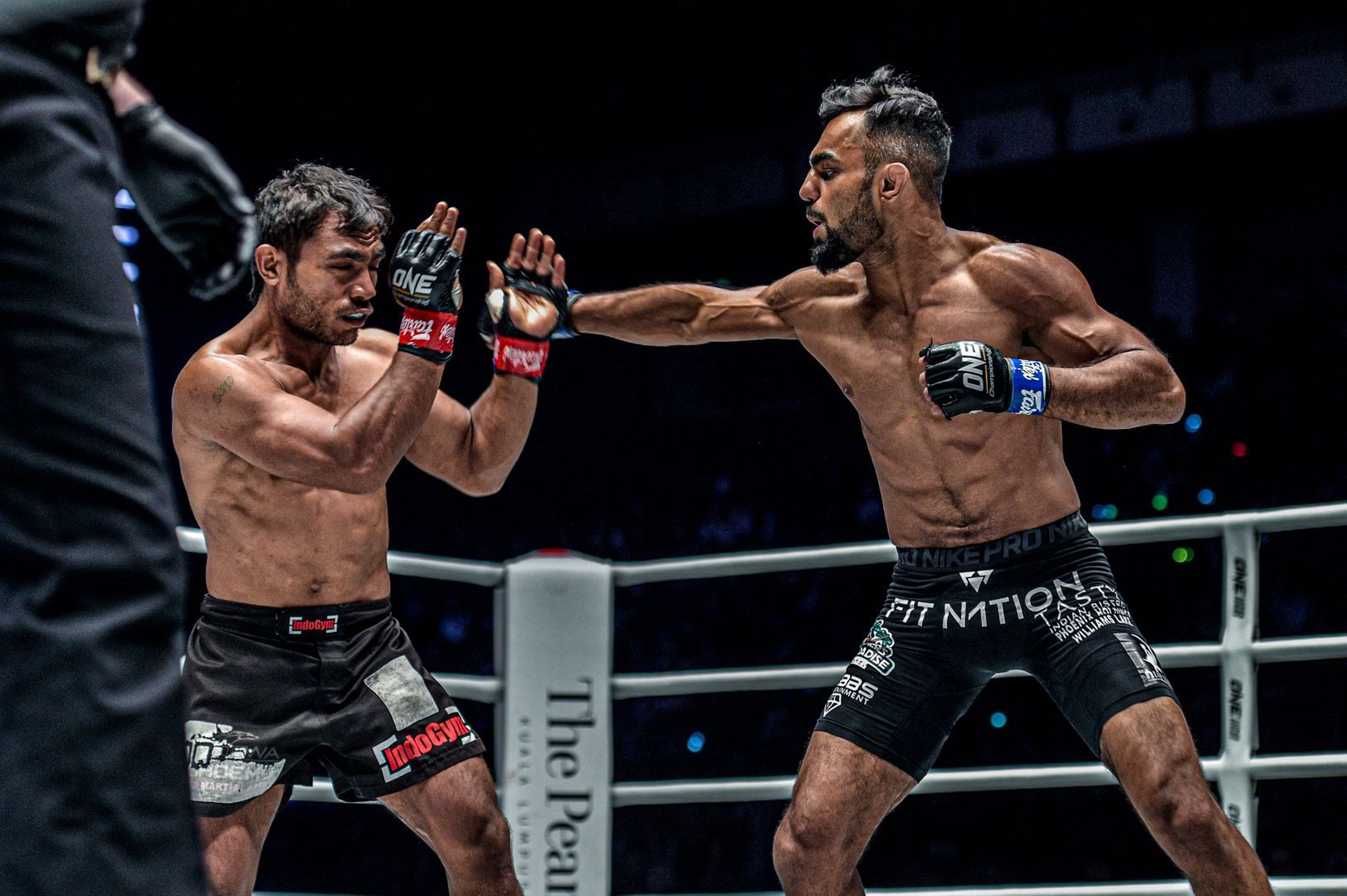 ONE: In a perfect world, how does this match end?

GM: I beat him on the ground. I beat him in the world where he considers himself to be the best.

ONE Championship: How would you grade your time in ONE so far?

GM: I think I’ve done amazing. There was a lot of pressure that got put on me to represent the Indian people, and kind of being the top Indian fighter, and I’ve learned how to use it for the first time.

Usually, that never translated over in my past fights, so I think I’ve kept it up, and in this next one, I’m going to take it to a whole other level.

ONE: How has that support been from India and how much does that mean to you?

GM: After the debut, it was almost overwhelming. I always represent my roots and that’s honestly the thing that motivates me the most. It’s where I get my strength from – looking at my ancestry and representing it.

Most people don’t know that I started this whole journey from nothing at the age of 22. I was an accounting student at the time. It was my culture and my roots that inspired me to believe in this and take the strength from it.

I was inspired and found a mixed martial arts gym at age 22 and my whole life changed from there. My strength comes from wanting to represent the Indian people because we are a warrior people. I didn’t feel like it was represented in mixed martial arts. I want to be that guy. 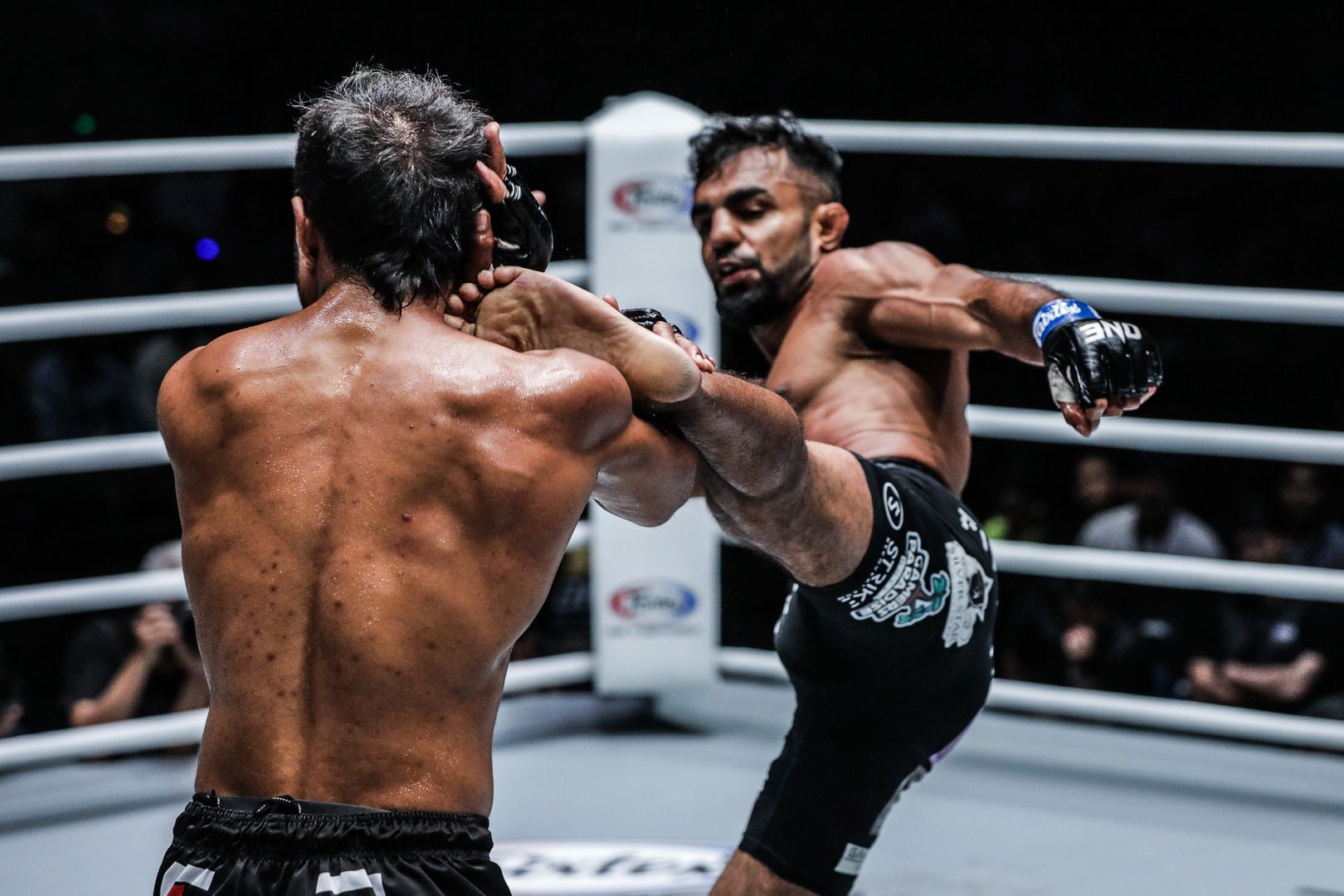 ONE: A win would be a big step toward the World Title. How much would that help you to represent India on the global stage?

GM: For me, the journey to becoming champion [is about] knowing how many millions upon millions of kids – the next generation or even this generation – could be inspired.

I want to break all that stuff. I’m just hoping I can prove that one fight at a time.