Gina “Conviction” Iniong may have been away from the action in ONE Championship for a while, but that has only made her more confident about her comeback at ONE: FIRE & FURY.

Next Friday, 31 January, the 30-year-old from Baguio City will aim to put on a show for her compatriots in Manila, Philippines, against India’s Asha “Knockout Queen” Roka.

The last time Iniong performed on the global stage she emerged with an impressive decision victory against Jihin “Shadowcat” Radzuan, but unusually for the Team Lakay representative, her game plan was rooted in her improved wrestling and ground and pound offense.

This time, however, she says fans can look forward to some stand-up exchanges as the six-time Philippine wushu champion goes up against an Indian boxing champion.

“They should expect no less than a great match between two strikers and the fans will see just how much I’ve improved,” she says.

“It’s also the first time that my father and my husband will see me compete in mixed martial arts and I am very, very eager to win this for them.”

Iniong has had to wait since last February to continue her campaign to get a ONE Women’s Atomweight World Title shot, but her long break may have been a blessing in disguise.

So much time in one of Asia’s best gyms has meant she could make some big improvements, that have helped to relax her ahead of a contest with one of the most dangerous women in the division.

Roka enjoyed an explosive start to her mixed martial arts career and earned her place in ONE with four first-round stoppages, but “Conviction” is not too fazed by that finishing ability.

“My preparation has been really good. I think I’m well prepared and I am really ready. I’m not pressured. I am excited to win,” she says.

“Her striking could pose problems because she’s a boxer, but I also came from the same background, so let’s see what happens.”

However, as relaxed as Iniong seems, she has a quiet intensity about her that bubbles just under the surface – one we have not seen for almost two years, the last time she competed at the Mall Of Asia Arena.

“Conviction” seems to have been inspired to produce some of her best performances in front of her compatriots, including a trio of victories every time she has entered the Circle in Manila in ONE, and a famous win against Mei “V.V.” Yamaguchi earlier in her career. 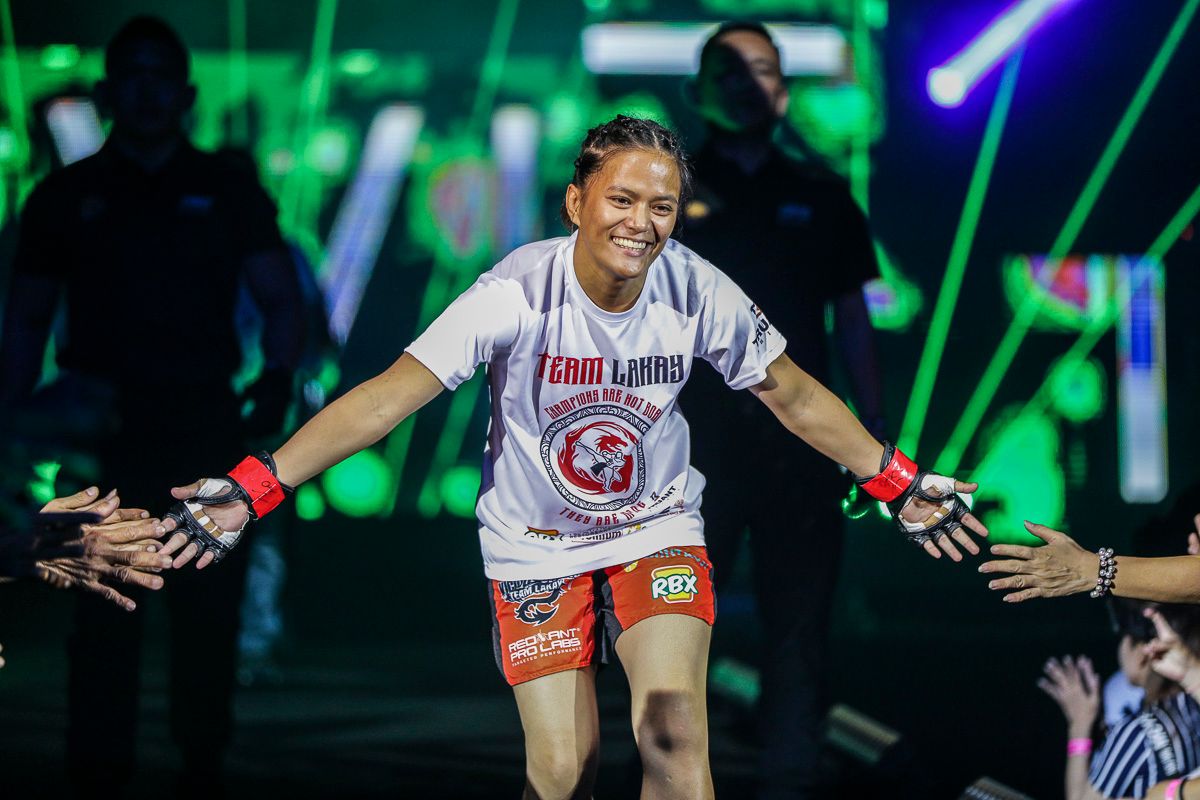 She has not seen action in front of her Filipino fans since her dominant victory against Jenny Huang in April 2018, so despite her upcoming opponent’s confidence, she plans to make up for lost time at ONE: FIRE & FURY.

“It’s a different feeling, both mentally and physically every time I compete here and I don’t plan on losing – not in Manila.

“They can expect the best Gina Iniong that night.”