Gina “Conviction” Iniong reaffirmed her position as one of ONE Championship’s leading women’s atomweight contenders on Saturday, 16 February.

At ONE: CLASH OF LEGENDS in Bangkok, Thailand, she handed Malaysia’s Jihin “Shadow Cat” Radzuan the first defeat of her mixed martial arts career.

The Filipina survived a late surge from her opponent to leave the Impact Arena with a split decision victory.

Iniong started the bout strong as she let her straight right cross fly.

It found its mark on multiple occasions, which forced Jihin to fire back. When she did, however, the six-time Philippine Wushu Champion slipped her punches, established double underhooks, and took the contest to the floor.

On the canvas, “Conviction” was in full control. She barely allowed the Ultimate MMA Academy product any room to move. When she did try to improve her position, the Filipina used her strength to maintain control.

When the action returned to the feet, Iniong established her range, stayed loose, and picked up where she left off earlier in the frame. After she landed a few blows, she rode out the remainder of the round by controlling “Shadow Cat” in the corner with double underhooks again. 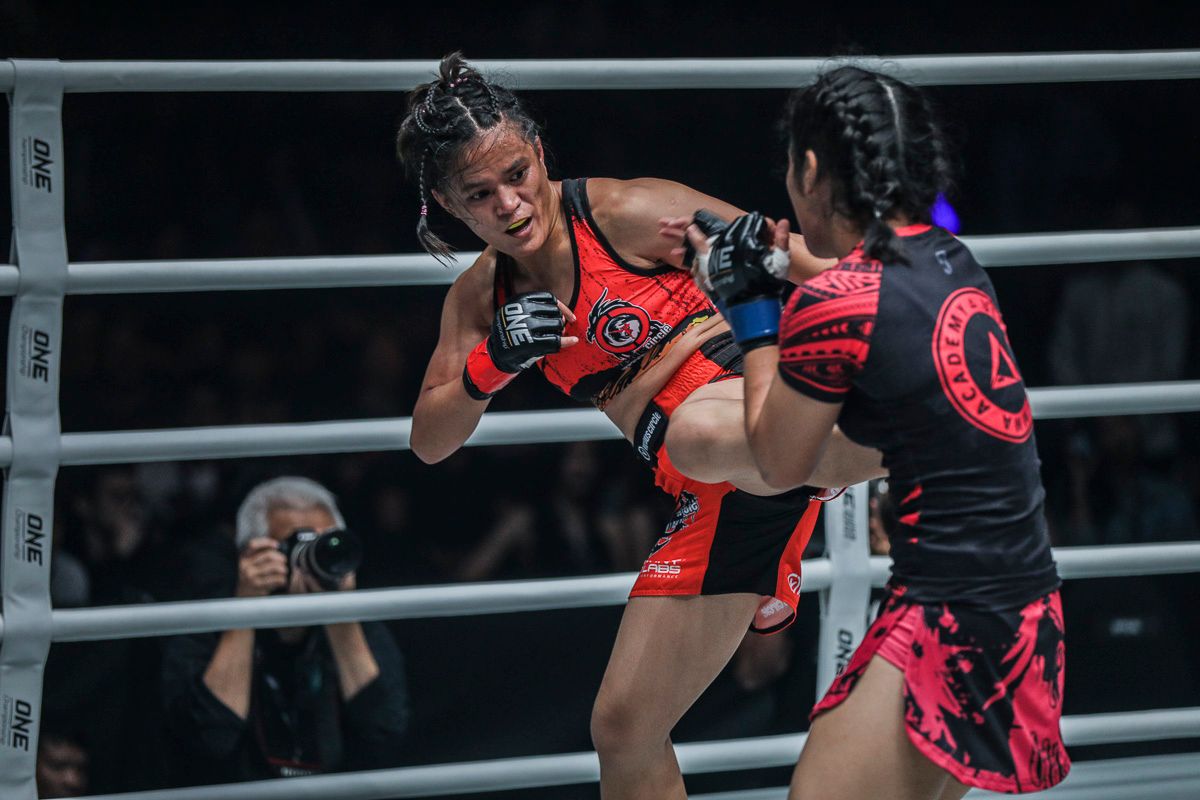 When the second stanza began, Iniong was first to the punch once again.

The 29-year-old Team Lakay representative was accurate and powerful with her strikes, as well as strong in the clinch.

Iniong also defended the 20-year-old Malaysian’s attempts to drag the contest to the mat.

She cleverly countered, ended up in top position once more, controlled the action, and took a dominant position in side control. 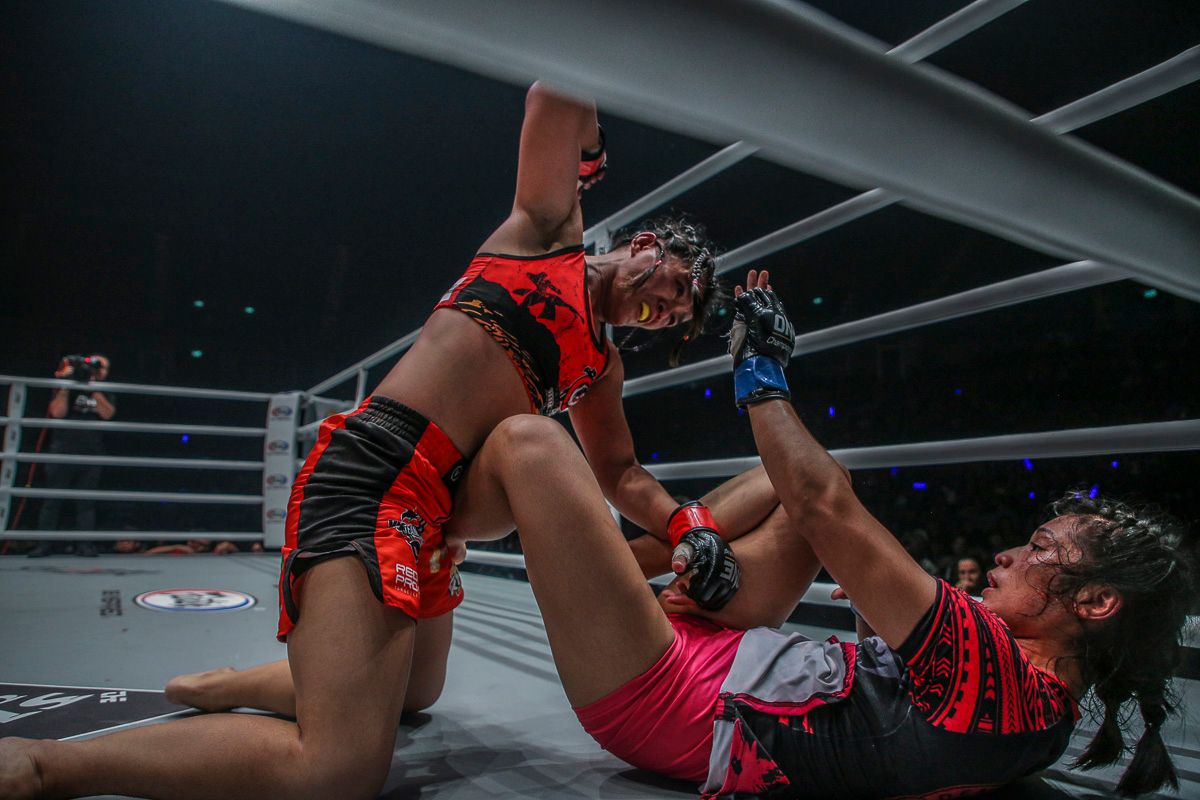 Jihin, a Wushu World Champion, came out hard to begin the final five minutes, but she was second-best again as the exchanges took a similar complexion to the previous two rounds.

However, just when it looked like Iniong would cruise to a unanimous decision, “Shadow Cat” managed to outmuscle her rival for the first time and take the initiative on the canvas.

She scrambled into mount and then took the back, which set up a white-knuckle final minute as the Filipina tried to defend herself from ground and pound.

Although the blows came in waves, Iniong protected herself from major damage and did not leave any room for a submission as the final seconds ticked away. 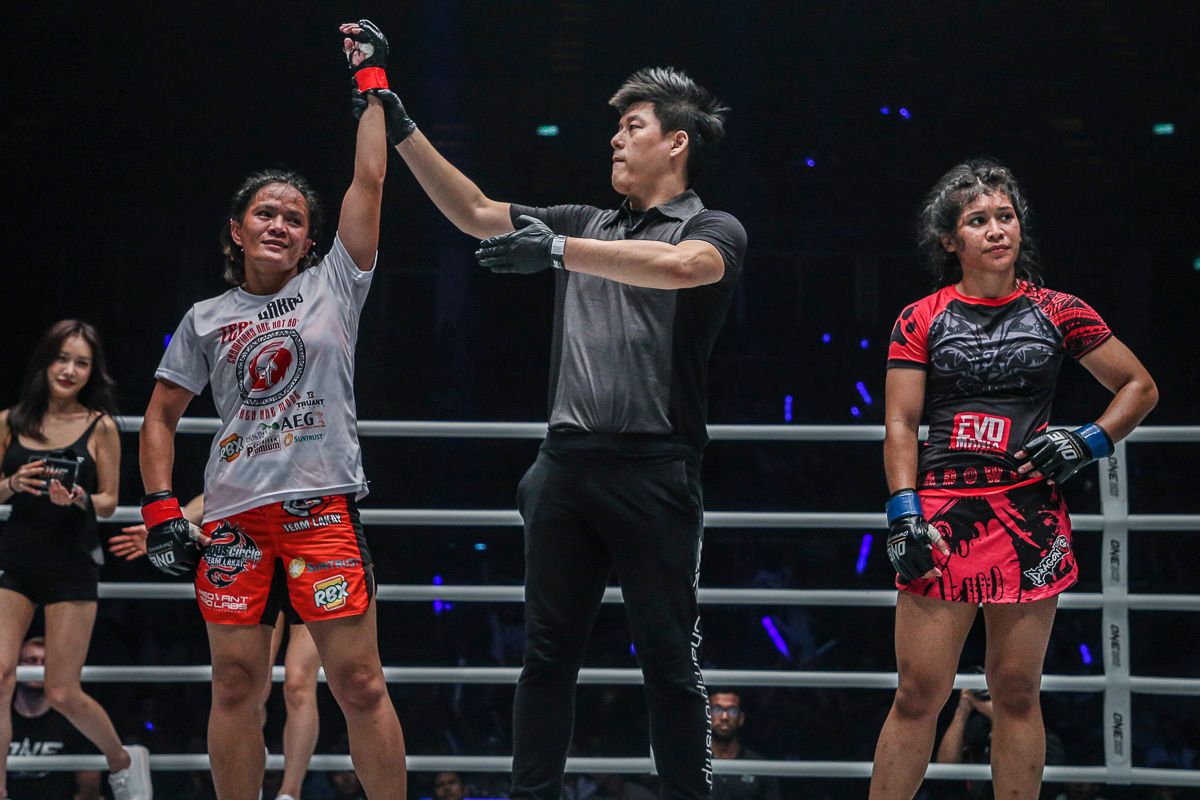 Jihin did enough to earn the favor of one judge, but the other two scored the contest in favor of “Conviction.”

The Baguio City native improved her record to 8-4 with her fourth victory in The Home Of Martial Arts.