“King Kong Warrior” Fan Rong got the chance to prove he is one of the most promising new additions to the ONE Championship middleweight roster on Saturday, 15 June, and he did not disappoint.

Fan produced an excellent performance to defeat hulking EgyptianSherif “The Shark” Mohamed via second-round TKO at ONE: LEGENDARY QUEST in Shanghai to claim his first win in The Home Of Martial Arts.

The rising star from China was suitably pleased to have claimed victory on home soil, but despite his dominance, he believes he can bring a lot more action to the global stage in the future.

“I am very, very happy to win in front of the Chinese audience,” he said.

“I have to say it didn’t go so perfectly to plan. I was planning to use my stand-up and utilize more of my boxing, but when I tried to box with him we ended up getting too close to each other, so I decided to go for takedowns.

“I could see that he was trying to do the same, but I was faster than him.”

Fan admits his preference is to stand and strike with his opponents but, faced with a muscular rival like “The Shark,” he took the action to the mat. 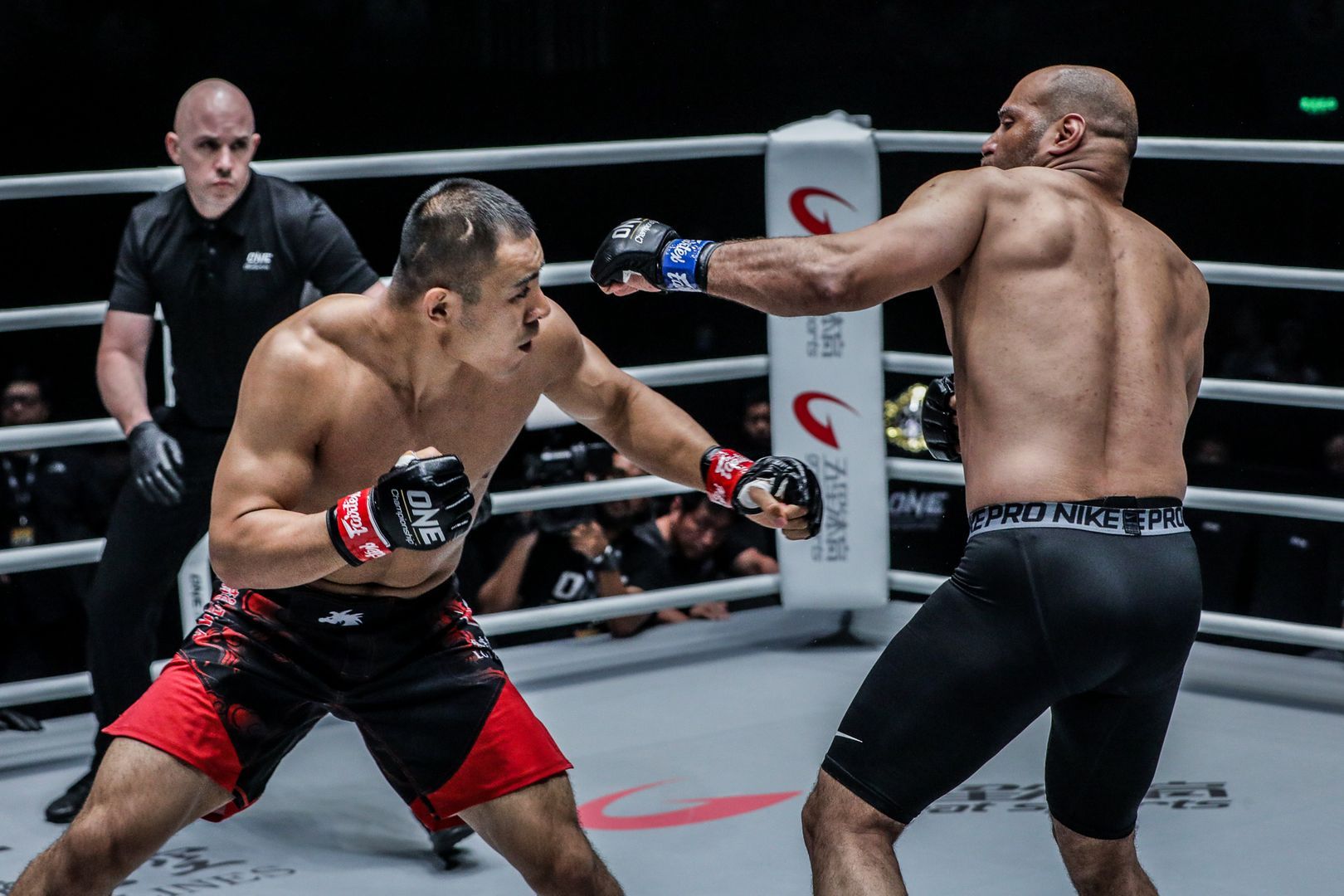 Once he got his rival on his back, “King Kong Warrior” had total control and pounded away to force the referee to call the TKO finish.

“I was thinking I could knock him out with my stand-up, but when we went to the ground I thought, ‘OK, here comes my chance and I need to take it!’ Then I made it happen,” he says.

The noise that greeted the stoppage at the 3:50 mark of the second round was deafening inside the Baoshan Arena, and that fills Fan with pride.

Following his victory, he was quick to pay tribute to the fans who have supported him on his martial arts journey to date, and promised there is more to come.

“Thanks for supporting me and caring for me,” he adds.

“All I need to do is be better and better to prove myself to you. I won’t let you down.” 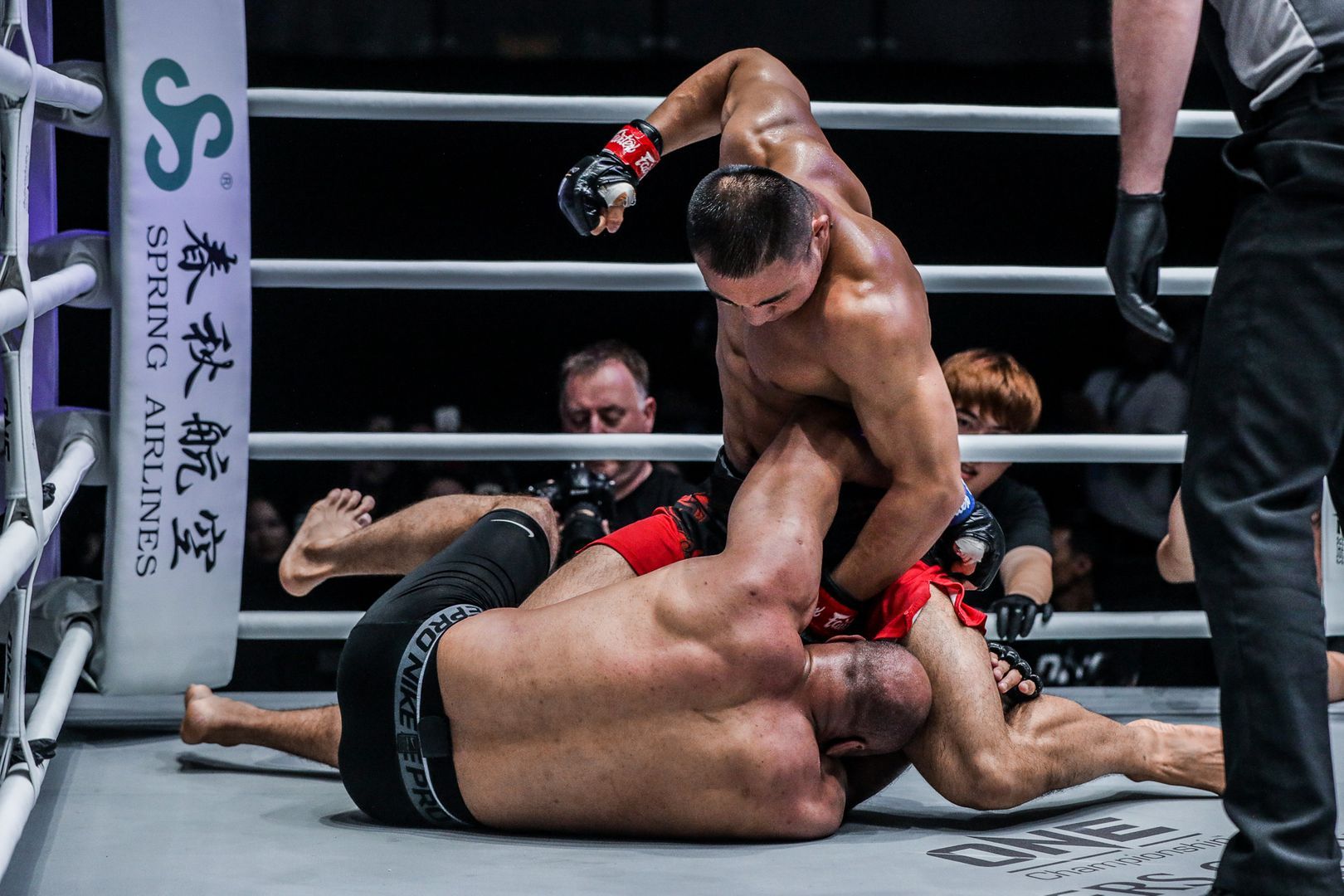 The victory – Fan’s first on the global stage – was his 12th as a professional against just two defeats, which gives him a record that can stand against many of the best in his weight class.

His ultimate ambition is to one day take a shot at the ONE Middleweight World Championship, but knows he has a long road to navigate before he is ready for that opportunity.

“I really would like to compete for the ONE Middleweight World Title,” he adds.

“I know it might take time, but I’ll improve myself step by step and fight hard for it.”

While he continues on his quest to reach the top, Fan will continue to fine-tune his skills to build a winning streak.

That quest for improvement started shortly after his victory, when he sat down with his team at Longyun MMA in Harbin to discuss their next move. 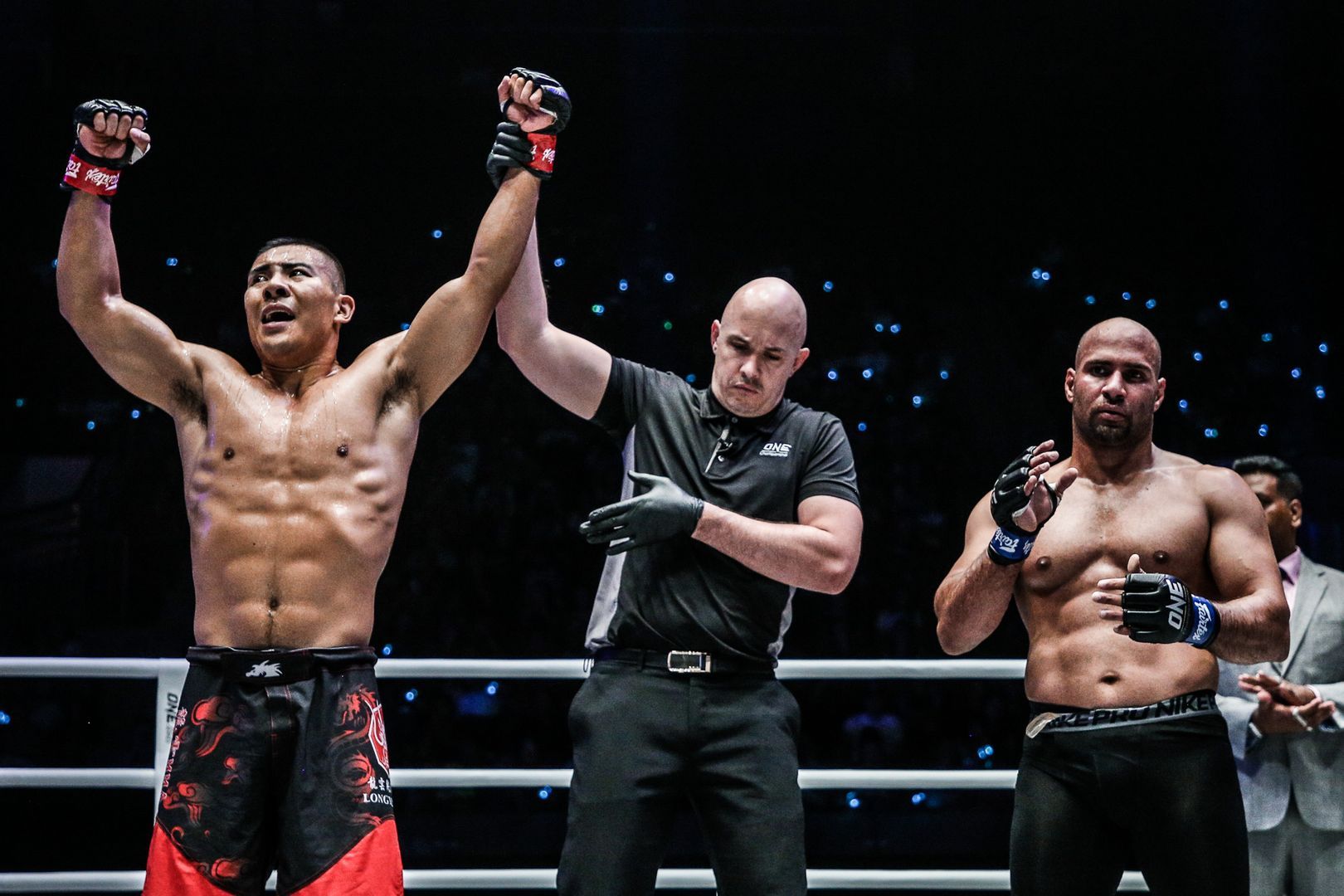 “I was having dinner with some my teammates and friends, and we were discussing what improvements I can make ahead of my next bout,” he says.

“I really appreciate having them by my side to help me improve, and I am looking forward to my next bout.”