Edward “The Ferocious” Kelly made his home nation proud on Friday Night, 2 December, when he finished “The Terminator” Sunoto in the third round via strikes at ONE: AGE OF DOMINATION, held at the Mall Of Asia Arena in Manila, Philippines.

“It is very satisfying. Even though I was a little frustrated in the first round, in my mind, I felt I would knock him out,” the 32-year-old wushu specialist says. “He is a good fighter. He trained hard for our fight, and I am glad I got the win.”

Following a brief exchange, Sunoto wrestled “The Ferocious” to the canvas and methodically worked the rear-naked choke. He got the back, slowly hooked his legs over Kelly’s body, and re-positioned his legs into a figure-four before attempting to slide his arms under the hometown hero’s chin.

The Team Lakay standout read the scenario perfectly, wisely defending it by tying up Sunoto’s free arm. Somwhow, Kelly was able to roll into the Jakarta, Indonesia, native and reversed course, eventually ending the round with a guillotine choke attempt that never seemed to threaten the Indonesian grappling wiz.

In the second round, the Filipino clinched Sunoto against the cage and effectively flung a plethora of hard knees to his thighs. “The Terminator” had enough, however, and burst forward with a takedown.

Perhaps frustrated by Kelly’s much improved submission defense, Sunoto tried to transition to a better position, but that allowed “The Ferocious” to reverse his Jakarta nemesis and land in side control, where he tried sinking in a modified rear-naked choke. Sunoto escaped and the stanza ended with both fighters acting tentatively on the feet. 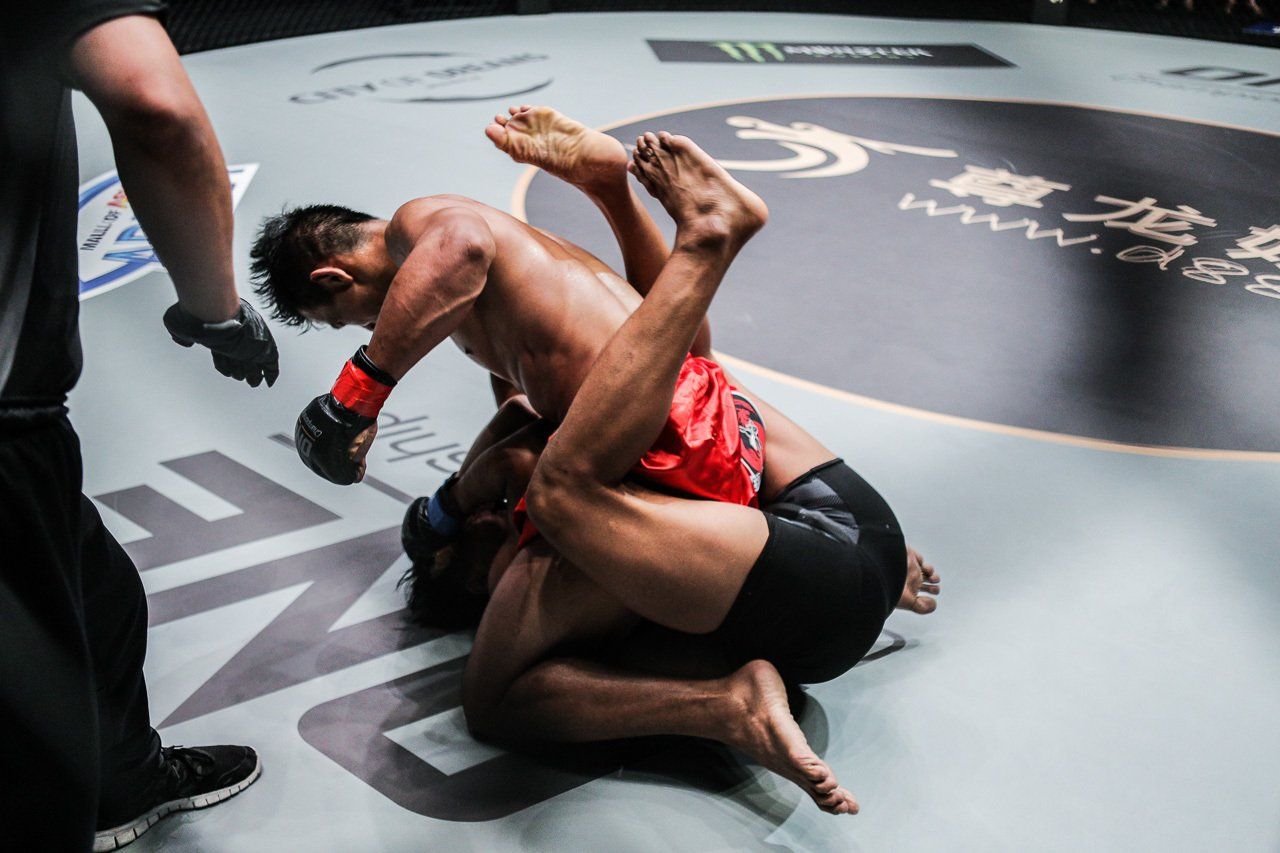 Although Kelly returned to his clinch and knee attack in the third round, he changed the destiny of the bout when he threw a perfectly timed kick into the head of a ducking Sunoto, who instantly collapsed to the cage floor. “The Ferocious” then lived up to his nickname by jumping onto his opponent, entered full mount, and rained blows on his opponent until the ref called the bout.

“In the first round, I felt my strikes were not hitting him and I was a little frustrated. I got tense because my game plan was not going to what I had planned,” Kelly admits, recalling his thought process during the fight.

“For sure, in my mind, I thought he would be out of breath in the second or third round. He would be tired, and that is when I would have the advantage because of my high intensity training”

The Baguio City is headed swiftly up the divisional ladder. The hometown hero improves to 9-3 and rides a three-fight win streak, while Sunoto falls to 5-3.