Denice “The Menace” Zamboanga has drawn one of the toughest challenges possible for her ONE Championship debut, but the undefeated Filipina says she has what it takes to pull off a stunning result.

Next Friday, 6 December, the 22-year-old from Quezon City will face local hero Jihin “Shadowcat” Radzuan on the main card of ONE: MARK OF GREATNESS in Kuala Lumpur, Malaysia.

Almost the entire crowd is likely to be behind their compatriot as she aims for her fifth win on the global stage, but though Zamboanga is new to The Home Of Martial Arts, she believes her five victories – including four stoppages – prove she is ready for the challenge. That is in stark contrast to the beginning of her career when she actually turned down the chance to compete in the Circle.

“When I was just 20 years old, I was already being contacted to compete here, but I didn’t have enough training and experience then,” she admits.

“Now, I feel like I’m really ready for this.”

Her mindset has completely changed now thanks to her competition experience, as well as the way she has leveled-up her skills.

“The Menace” has improved by leaps and bounds, particularly in the past six months since she started to pursue her passion full-time, and left her life in her homeland behind to join the Fairtex team in Pattaya, Thailand.

The facilities there are far better than what she was used to, and she sharpens her skills with top-class coaches and athletes, including her friend, two-sport ONE World Champion, Stamp Fairtex.

“I feel like I’ve improved, and I can see changes in my body. I feel more confident now because I have high-level sparring partners and coaches here,” she says.

“I think my striking has improved a lot. My wrestling also improved because we have a coach who’s a wrestling champion, and a jiu-jitsu black belt and champion.”

Zamboanga has also put a lot of time into studying her upcoming opponent, who she has a lot of respect and admiration for.

However, she believes she has spotted a potential weakness in her mixed martial arts game to exploit, and she has had the perfect partner to help her prepare a plan of attack. 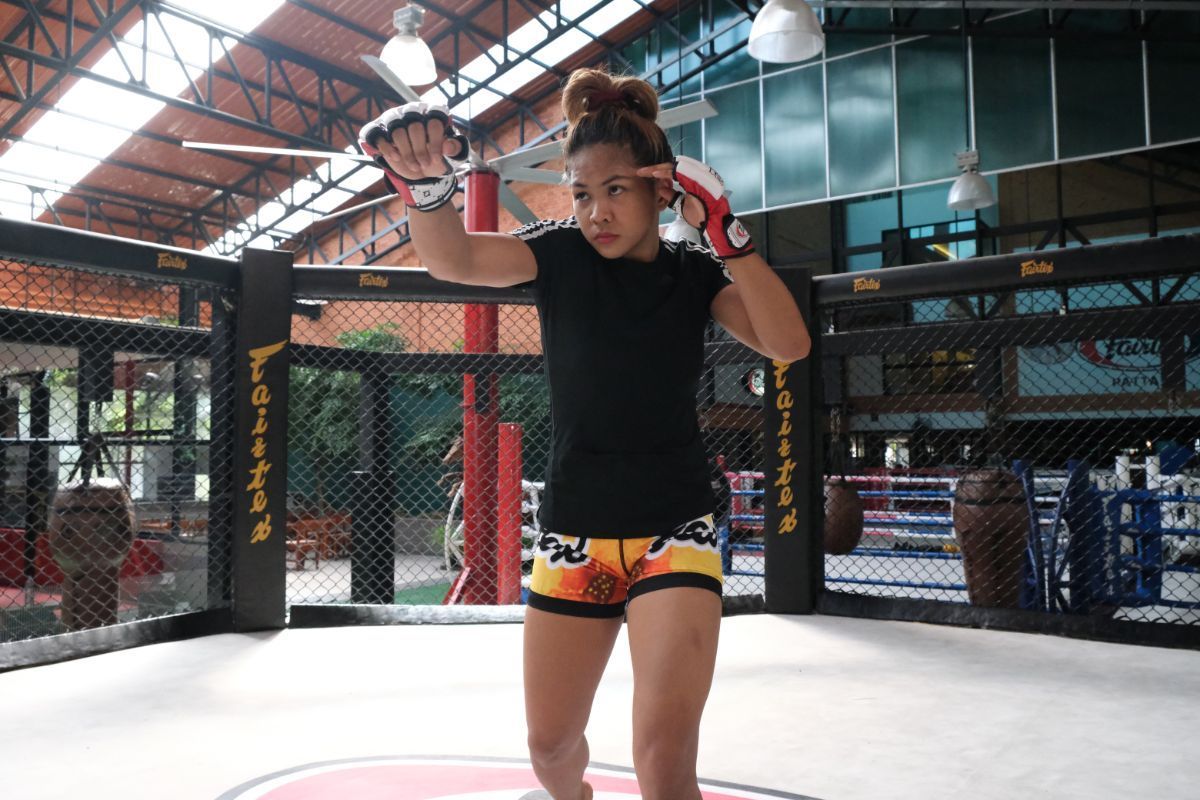 “She’s a champion in Muay Thai, a champion in jiu-jitsu, and a purple belt at that as well. However, I think I can match up to her through wrestling. She’s very aggressive, so it is important to neutralize that aggression.

“I also learned some things about her because she already faced Jenny Huang, who I get to train with here sometimes.

“She’s a purple belt in jiu-jitsu, and she almost had [Jihin] in a triangle. I think my wrestling and jiu-jitsu, even if I’m just a blue belt, will pose a challenge for her.”

Even though she feels like her most likely path to victory will be on the ground, Zamboanga will not be afraid to go toe-to-toe with the wushu World Champion on the feet.

Following her work with some of the best striking trainers in the world in the home of Muay Thai, the rising atomweight star is excited to try and get the third knockout win of her career and gatecrash the sharp end of her weight class.

“I feel like we are evenly matched, and I really want to test her striking,” she adds.

“I think she is really confident with her striking, and she even called out Stamp for a match. I guess before she gets that, she has to go through me first.”

Read more: Top 5 KOs From The Stars Of ONE: MARK OF GREATNESS