It has been a tough road to the ONE Flyweight World Grand Prix Championship Final for Demetrious “Mighty Mouse” Johnson, but the American superstar is ready to etch his name into the history books once again.

Johnson, a 12-time Flyweight World Champion, will try to add another prestigious honor to his resume when he faces the Philippines’ Danny “The King” Kingad for the tournament crown at ONE: CENTURY PART I in Tokyo, Japan on Sunday, 13 October.

A non-stop year of training and sacrifice has gone into his success so far. The biggest reward for the American’s hard work would be to leave the Ryogoku Kokugikan with a decisive win and a guaranteed match-up for the World Title in 2020.

“I believe this bout is very important – obviously this is the Flyweight World Grand Prix [Championship] Final. At the end of this, there’s a sweet belt that I want to add to my collection and a shot at the ONE Flyweight World Champion, Adriano Moraes,” the 33-year-old says.

“I’m very excited to face Danny Kingad. He’s only got one loss in his whole entire career, and that’s against Moraes, so he’s definitely legit. Now I’m ready to go out there and see how I fare against one of the best in Asia.”

Johnson has not had an easy ride since he made his ONE Championship debut in the tournament’s quarterfinals back in March.

He had to fend off some powerful striking from Yuya “Little Piranha” Wakamatsu before he submitted the Japanese star with a guillotine choke.

Four and a half months later, “Mighty Mouse” followed that up with a unanimous decision victory over Wakamatsu’s countryman Tatsumitsu “The Sweeper” Wada in the semifinals. His rival surprised him early with a strong grappling attack, but the American used his veteran experience to swing the match back in his favor.

Johnson’s final hurdle is just weeks away, and he is keeping his eyes locked on the prize to get him through the long grind.

“The World Grand Prix is a lot of work. I’ve been in training camp since January. We fought in March, took maybe a week off, and got right back in training camp to fight in August,” he reveals.

“We took two weeks off, and now I’m about to compete in October in Japan – so it’s fun, but it’s a lot of work. I’m looking forward to getting it done with. Whether I win or lose, I’m taking some time off to enjoy what I’ve just accomplished.” 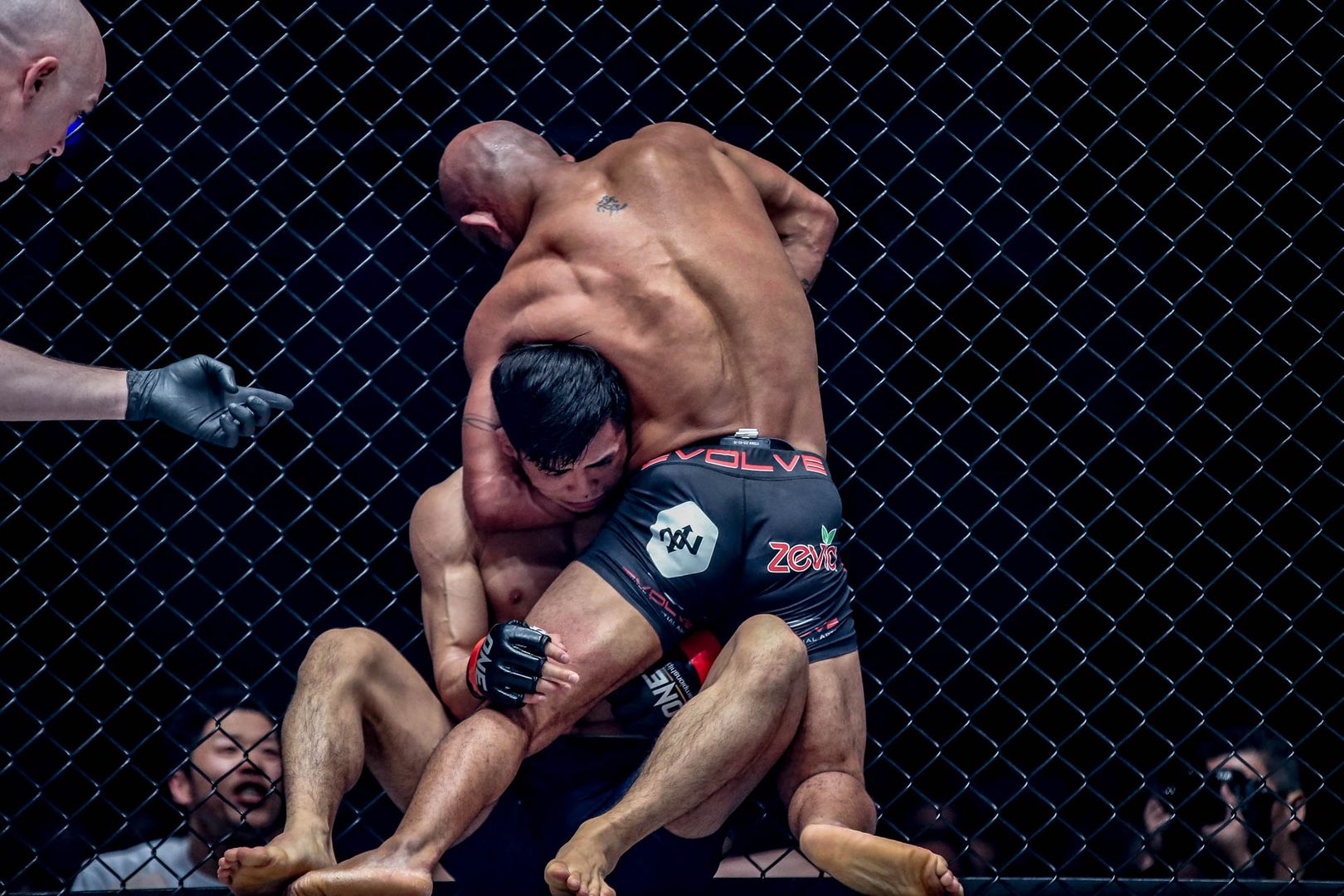 Johnson is staying disciplined and focused ahead of the ONE Flyweight World Grand Prix Championship Final, as he knows his opponent is the “the dark horse” to win it all.

Kingad, a young, hungry athlete from the famed Team Lakay camp in Baguio City, Philippines, has everything to gain from this bout with the martial arts legend.

Still only 23 years old, “The King” is a well-rounded martial artist with formidable grappling, lethal wushu striking, and a nonstop motor. What’s more, the surging Filipino holds an astonishing professional record of 14-1 with his only blemish coming at the hands of the division’s reigning titleholder.

“The athlete who wins the Grand Prix isn’t necessarily the best fighter, it can be who’s most durable and can stay injury-free. I’m grateful and blessed that I’m able to make it to the next round healthy and ready to go,” Johnson explains.

“The Team Lakay guys are very tough and very athletic, especially Danny, and he is a wushu champion. He has great scrambles, and he is able to get off his back when he shouldn’t be able to.

“But of course, everybody has weaknesses. We have to see if I can exploit those weaknesses when we lock horns – that’s where we’re going to find out.” 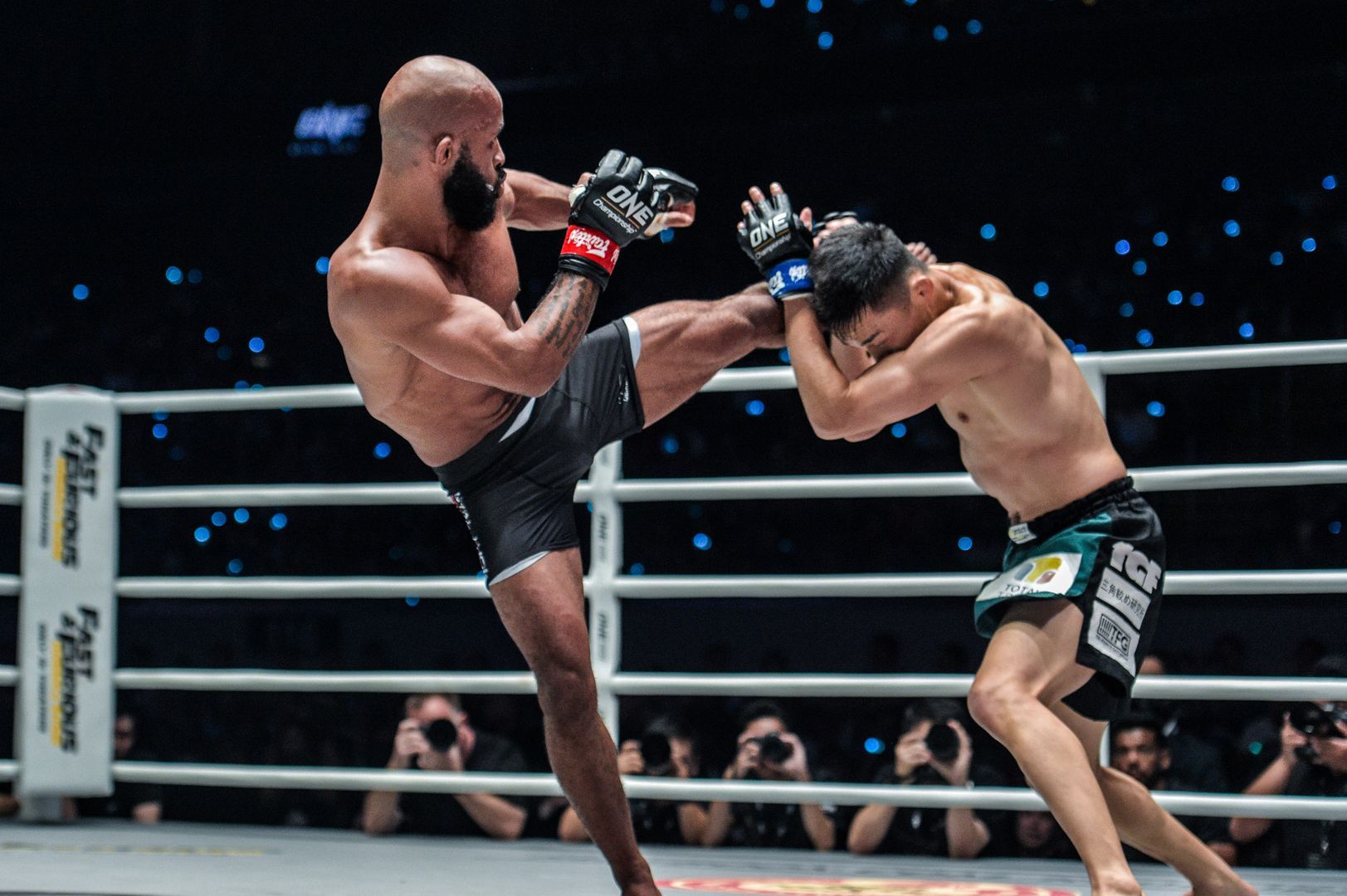 Johnson may have the experience advantage, but he also has another weapon in his camp — ONE Bantamweight World Champion Bibiano “The Flash” Fernandes, who has studied Team Lakay in-depth for years.

The Brazilian has clashed with Kingad’s teammate Kevin “The Silencer” Belingon three times already, and the pair will dance for the fourth time at ONE: CENTURY PART II later in the evening.

It is an extra special night for both “Mighty Mouse” and “The Flash,” and the super friends hope to defeat their respective Team Lakay adversaries and walk out of the Ryogoku Kokugikan with their arms raised high on 13 October.

“I know a lot about Team Lakay. My teammate Bibiano Fernandes has been fighting that team since the day he jumped into ONE Championship. They have a great team up there, but I know they have some holes in their game,” Johnson states.

“I’ve been in this game a lot longer than [Kingad] has, I fought a lot of great people that are just grapplers, and also my competition has been the best of the best.

“I’m a different athlete than Danny, so we’re going to see what happens when we fight. I’m hoping to go out there and show off my best performance.”

Read More: Demetrious Johnson Grateful To The ONE World Champ Who Inspired Him 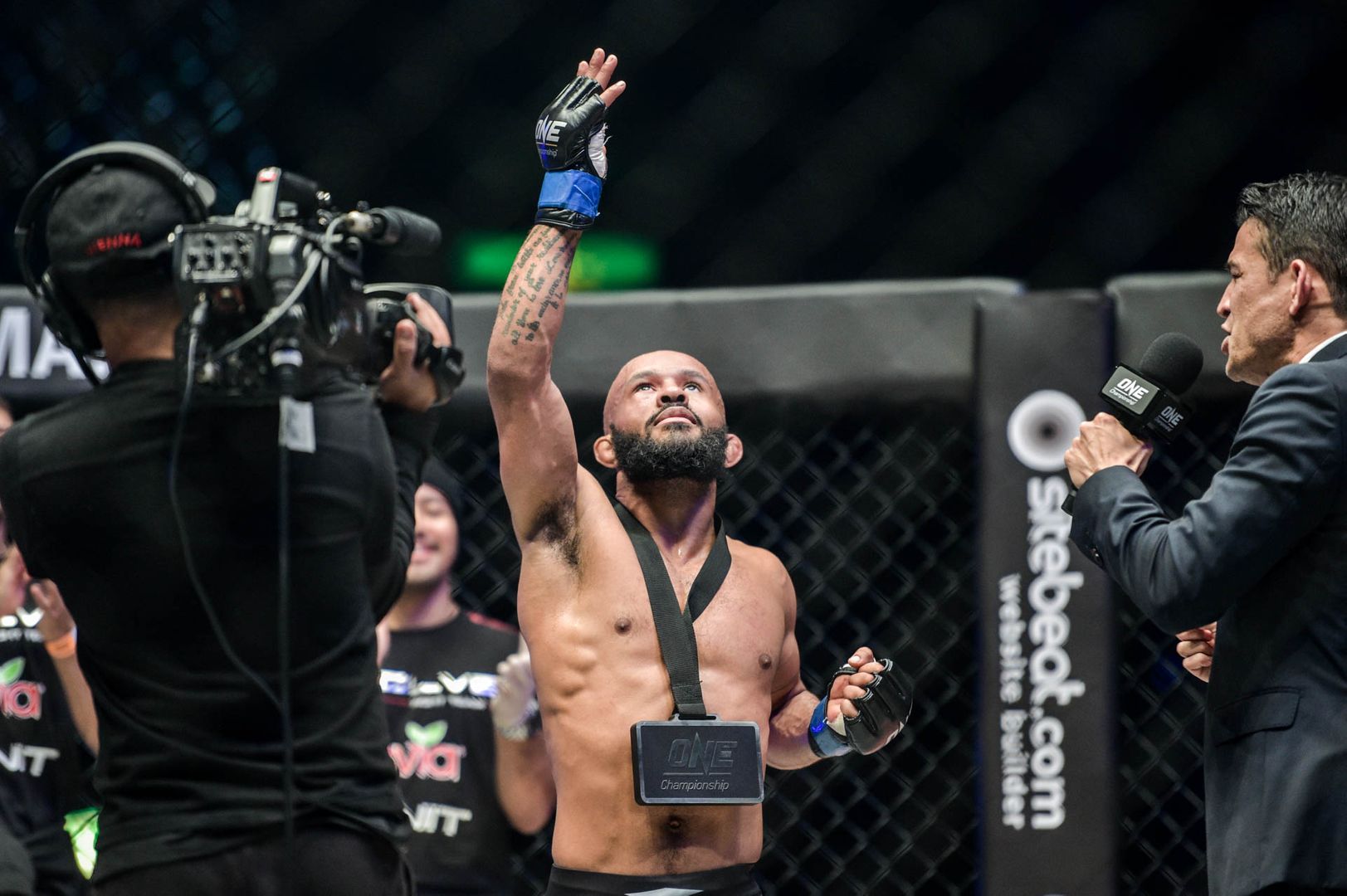