Davit Kiria is the latest addition to ONE Super Series’ stacked featherweight division, and he is coming to shock the world in his promotional debut.

On Friday, 26 February, the Georgian striker will face kickboxing legend Giorgio “The Doctor” Petrosyan at ONE: FISTS OF FURY in a rematch of World Champions that is eight years in the making.

The Armenian-Italian superstar won their first meeting and then went on to become regarded by many as the best kickboxer in history. However, Kiria is convinced that he will turn the tables at the Singapore Indoor Stadium.

“I am ready for this challenge. I am grateful to be a part of ONE Championship and to face one of the greatest fighters of all time,” he says. 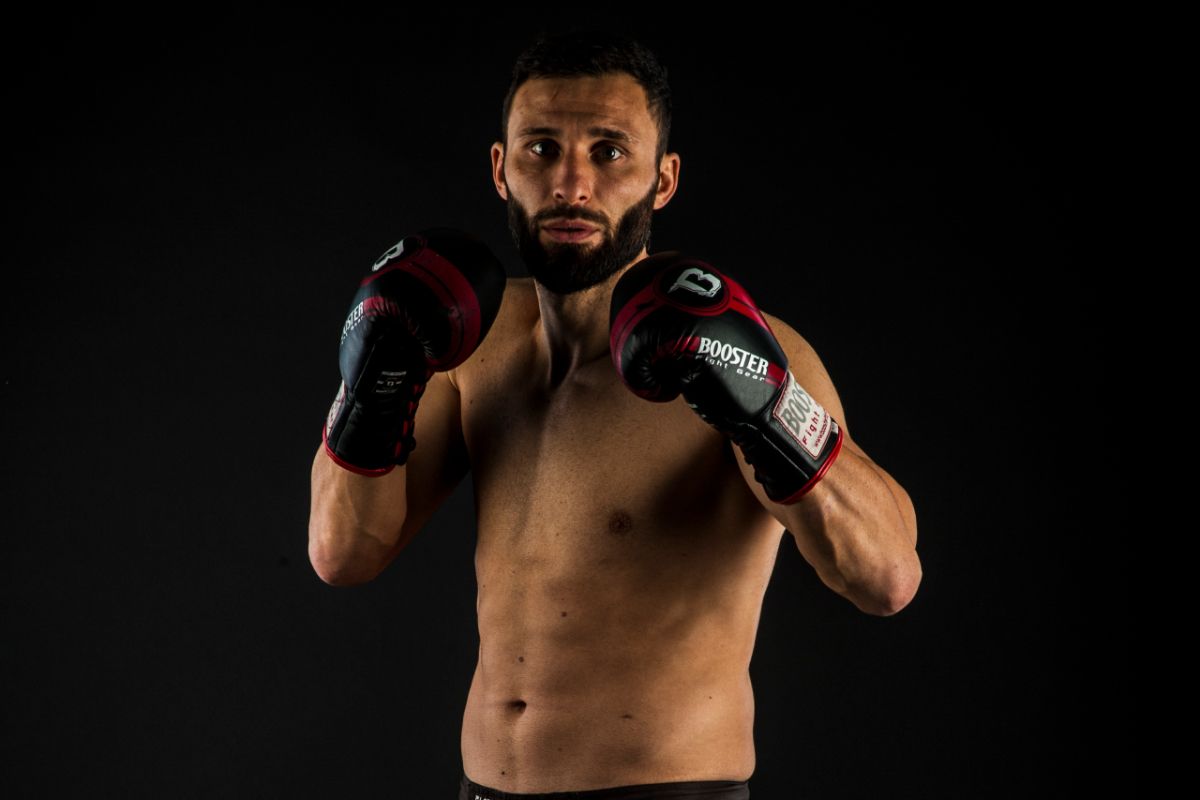 Kiria is well known in kickboxing circles for his karate-influenced style – and for becoming a World Champion by beating the man who beat the GOAT.

Back in 2014, Andy Ristie had reached the mountaintop by knocking out Petrosyan – only the second and the most recent loss of his career – and then Robin van Roosmalen.

But in his first defense of the belt, Ristie was finished in dramatic fashion in the final round by Kiria. It was a fight that showed what the man from Tbilisi is all about.

He attacks from the first bell, swarming his opponents with a hybrid striking style and putting them under constant pressure as he goes for the KO.

That, Kiria says, is exactly what ONE fans can expect in his promotional debut against Petrosyan.

“You will see a guy going forward, working hard, and mixing kickboxing and karate styles,” the Georgian states.

“Nobody will ever be bored watching Davit Kiria, because Davit Kiria is putting 100 percent in the ring and going for the best performance, always.

“They will see a spectacular fight, they will see a very interesting fight, and they will see that when I come to the ring, I come to be number one. I wish and I hope there will be a lot of fans watching around the world, and I know people are going to love me in ONE Championship.”

Moreover, Kiria expects the outcome in Singapore to be very different from his first meeting with Petrosyan.

That’s because back in November 2012, he was still just 24 years old. He was yet to become World Champion or travel the globe and rack up 37 wins against some of the best athletes in some of the biggest organizations on the planet.

This time, he believes he owns the skills and the mentality to end “The Doctor’s” seven-year undefeated streak.

“When I first fought Giorgio, that was eight years ago and I was far less experienced than I am today,” Kiria says.

“That was my first big championship tournament, and after that fight, I got a huge amount of experience.

“All respect to Giorgio, I respect all of my opponents, but I think I’m more hungry than he is. I would like to prove that I am one of the best fighters in this division, and I will prove it one more time.”

A victory at ONE: FISTS OF FURY would be absolutely huge for Kiria. He would avenge a loss, hand the division’s #1-ranked fighter his first defeat in many years, and establish himself as a rising star in The Home Of Martial Arts.

It would also make him the leading contender for the ONE Featherweight Kickboxing World Title, which is still vacant.

However, Kiria is not losing any sleep about what comes after his assignment on Friday night. Now that he’s a ONE athlete, he’s happy to take the toughest of tests.

“I’m ready for everything. I’m ready for any challenge. If the organization gives me this opportunity to fight for the World title, I will do it with pleasure,” he says.

“I. Am. Ready – for everything. I don’t care if I get a super-fight again, a World Title fight, a Grand Prix – I want to prove I’m the best, and I’ll face anyone who will come against me.”