Several months ago, Rabin “The Rock” Catalan was very uncertain about his future in mixed martial arts. He reached a point in his career where he did not know if he ever wanted to return to the cage.

The Filipino strawweight had been a talented prospect who was building a name for himself on the local scene. But following a second-round knockout loss to Joshua Pacio at ONE: GLOBAL RIVALS last April, the 30-year-old stepped away from the action to collect his thoughts.

“I had to really think whether I wanted to compete in MMA or not,” he recalls, before finally deciding that he did. “So I trained hard because I wanted to get better before coming back to ONE Championship.”

Now, after some much-needed reflection, Catalan will resume his career this Saturday Night, 11 March, at ONE: WARRIOR KINGDOM. There, he battles “The Smiling Assassin” Pongsiri Mitsatit at the Impact Arena in Bangkok, Thailand.

“Coming into this fight, I have confidence now and I am training hard,” he declares. “I came up to Cagayan De Oro City to really train and show that I am worthy to fight in ONE Championship. I have dreams of really becoming a World Champion some day.” 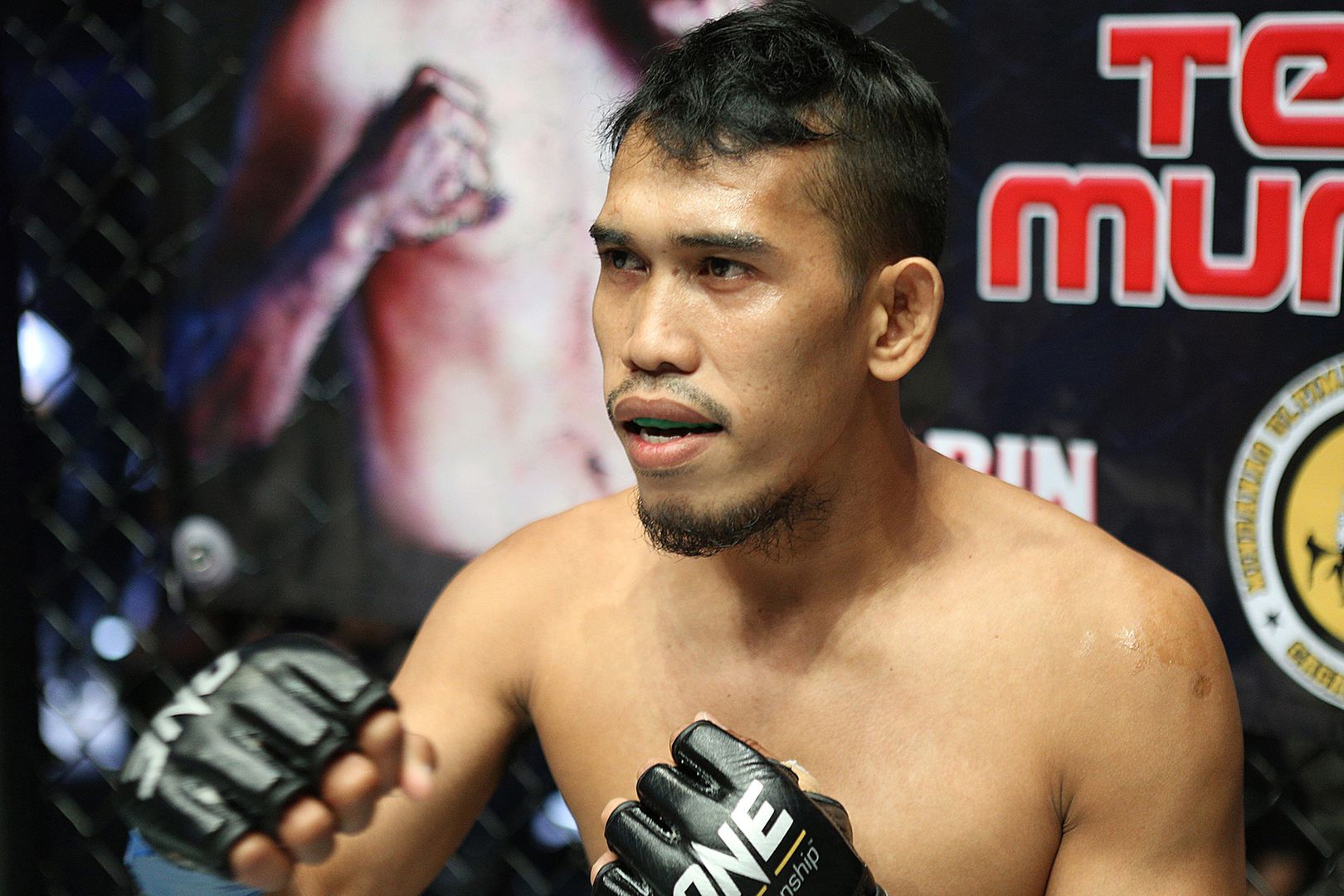 This will be the seventh time “The Rock” has entered the cage as a professional, but the former Philippines National Wushu Champion has been linked to martial arts for the past 20 years. Growing up as the ninth of a dozen children, Rabin has been competing and training in martial arts since the age of 10.

“I became a martial artist because I idolized my brothers, and I followed in their footsteps,” he says. “I started with boxing, and was 4-0 in my amateur boxing career. After boxing, I transitioned into kickboxing and then wushu. I was on the Philippines’ Wushu Team, and then I became a mixed martial artist.”

The Catalan clan has many martial artists in the family. Along with Rabin, there are eight karate black belts, three of which — Rene, Ruel, and Robin — also fight for ONE Championship. However, Rabin was the first to make the transition from wushu to MMA.

He made his professional debut in April 2009, defeating Jeff Morante via unanimous decision. In the six years to follow, he racked up a an additional three wins and a submission loss to perennial ONE contender Geje Eustaquio. With his credentials, he soon caught the attention of ONE and signed with the promotion in 2016. 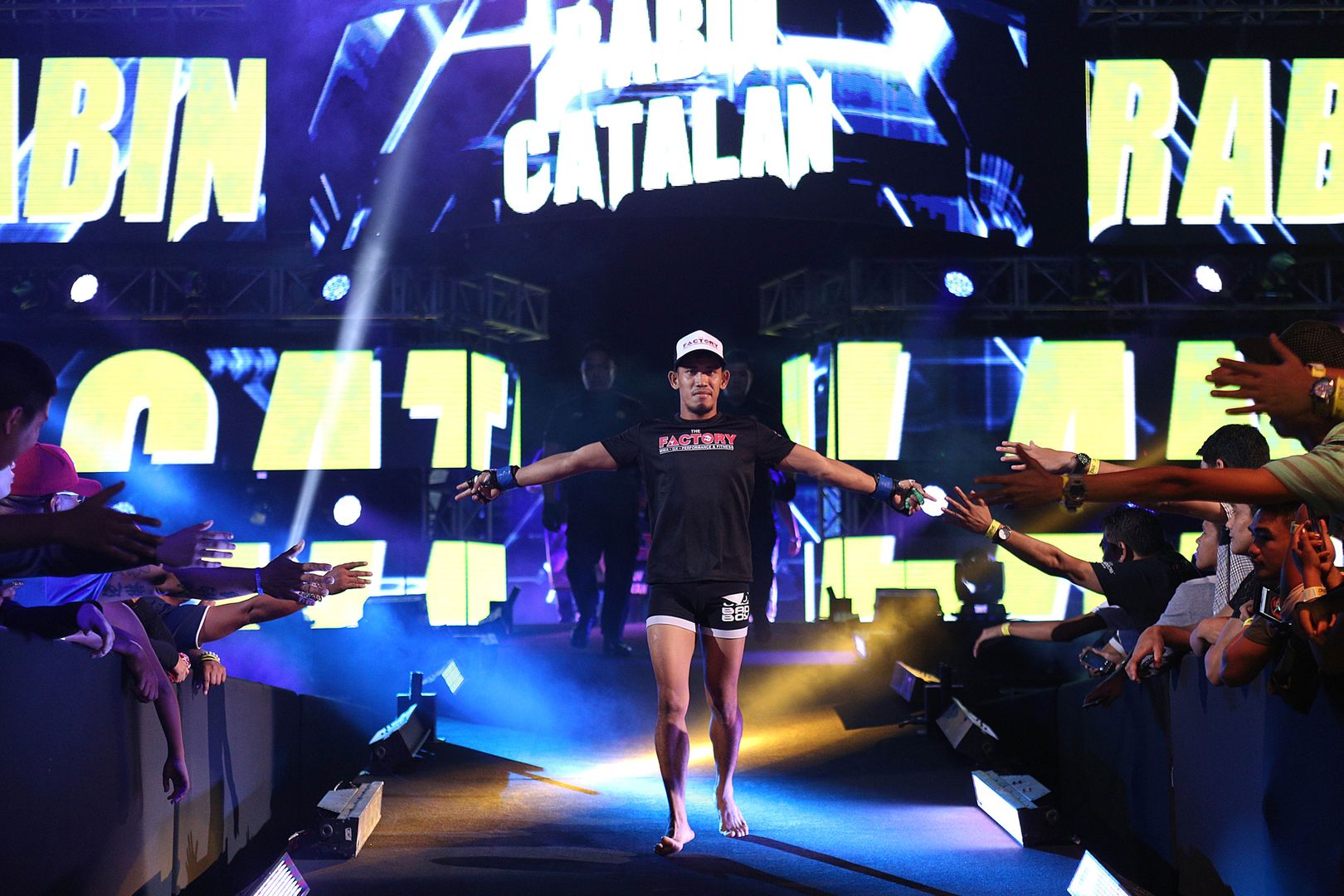 That April, he filled in as a late replacement to fight Pacio, and made his promotional debut at ONE: GLOBAL RIVALS. As he made his entrance into the Mall Of Asia Arena, he was in absolute awe of the bright lights and the energetic atmosphere.

“I was so excited, but nervous at the same time because it was a short notice fight,” he explains. “It is actually quite overwhelming doing the shows in ONE Championship, because it is different from the local fights. I was shocked when I first walked out, and I could not believe myself when I was standing inside the ONE Championship cage at that moment.”

The nerves may have gotten to him a little bit that night, but after the loss to Pacio and some much needed time off, Catalan made some necessary changes. He left his comfort zone of Manila for Cagayan De Oro City to train with Mindanao Ultimate Mixed Martial Arts, or MUMMA for short.

That move helped him tremendously, as he honed in on his craft and rediscovered his warrior spirit. Now, armed with a new confidence, he will make his return to MMA action.

Mitsatit, a Northern Thailand Muay Thai Champion, has been flawless thus far in his young MMA career. Since debuting in 2014, the Team Quest Thailand product has defeated all seven of his opponents, with five of those victories coming by way of TKO and a single win by submission.

“He is quick, and he looks strong and very fierce. I will do my best and really show what I have. I will put my best foot forward because I have trained very hard for this fight,” the Filipino states. “I will keep up with Pongsiri (Mitsatit) and I will try to top his toughness and quickness to make this my moment.”