At ONE: LEGENDARY QUEST, “Rock Man” Chen Lei redeemed himself for the bitter disappointment he suffered the last time he competed in Shanghai.

Nine months ago, the Chinese athlete suffered his first defeat as a mixed martial artist in his first ONE Championship bout on home soil.

Ahead of his return to action on Saturday, 15 June, he vowed to be better, and when he faced Anthony “The Archangel” Engelen, he delivered.

"Rock Man" Chen Lei rolls back into the win column with an electrifying unanimous decision win over Anthony Engelen!

"Rock Man" Chen Lei rolls back into the win column with an electrifying unanimous decision win over Anthony Engelen!????: Check local listings for global TV broadcast????: Watch on the ONE Super App ????http://bit.ly/ONESuperApp

“This time I felt so good!” says Chen.

“The audience really cheered loud for me. Of course, I responded to give them a good win. I felt proud.”

Throughout the 67.5-kilogram catch weight contest, the 30-year-old was one step ahead of his rival. His grappling was on another level to the Indonesian’s, and his striking looked better than ever.

Chen did everything but finish his rival – including scoring a knockdown with a left hook in the opening moments of the second round – on his way to a unanimous decision.

“I think the most important thing this time was that I showed my fans a complete version of myself, including standing and ground skills,” he says.

“This time, I was much stronger. I tried to find a way to KO him, and if I had 20 seconds more in the final round, I think I could do it with my strongest asset – my ground striking.” 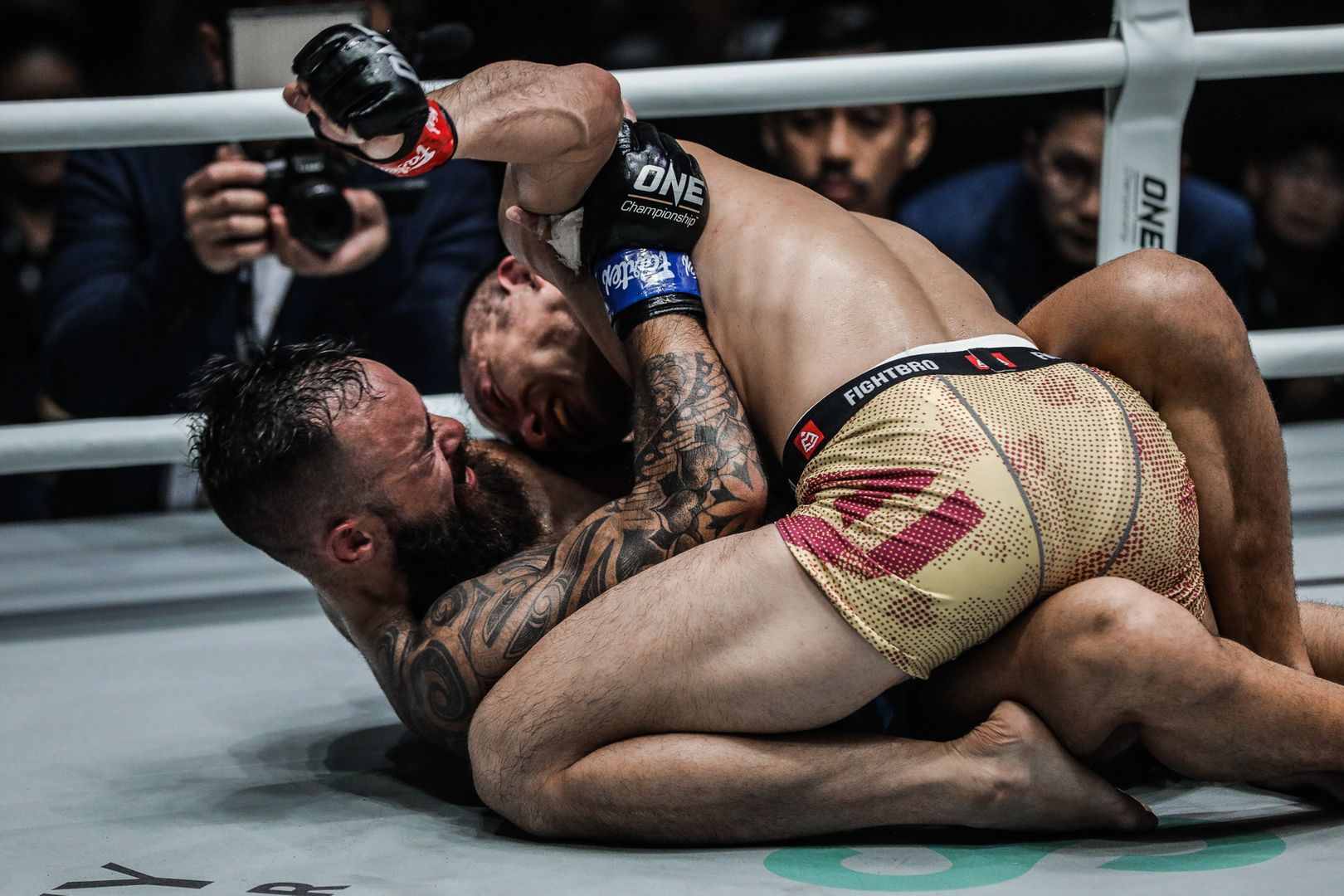 Although he was disappointed not to get a stoppage and maintain his 100-percent finishing rate, the man from Changsa had plenty of positives to take away from the Baoshan Arena.

He also got the valuable experience of going all three rounds for the first time as a professional. That was a test of both his physical and mental endurance and showed him what he has to improve ahead of his next test in the world’s largest martial arts organization.

“This was my first fight that went all three rounds. I guess I won’t worry too much about my stamina in the future because I proved to myself I have the ability to hold on until the end,” he adds.

“[I am pleased that] I kept attacking and never gave up. I could feel my opponent was losing his patience and energy, but I still lost some opportunities to KO him, so I will train harder and get better for the next time.”

The mood in the “Rock Man” camp was relaxed after the bout, as Chen treated his team to a meal to thank them for their hard work with him, and then headed home to see his family. 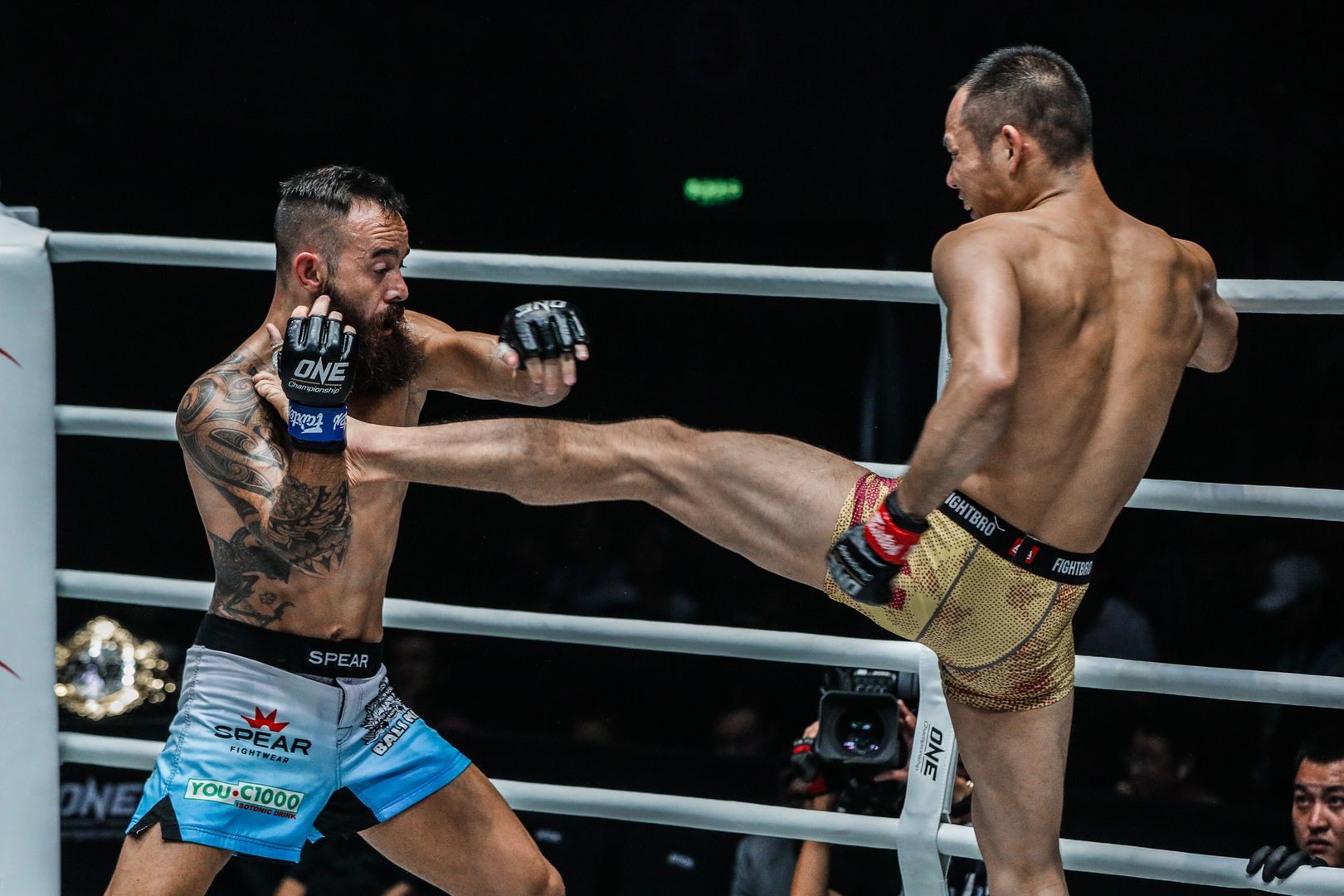 But as much as he enjoyed the time to relax and focus on something other than martial arts training for a while, it will not be long before he is back in the gym to prepare for his next assignment.

If he gets his way, he will be back in the ONE Circle very soon, and he wants his countrymen to know that he is ready to build on his latest success and resume his climb up the bantamweight ladder.

“Thanks for supporting me! I will try my best and train very hard for the next one,” Chen adds.

“I hope I can book my next fight very soon – I can’t wait! I’m ready any time, any place, for anyone.”