Jackie Buntan exploded onto the global stage with back-to-back wins earlier this year, and she believes another strong showing would put her atop the pile for a ONE World Title opportunity.

The American rising star will aim to continue her impressive run and pull away from the chasing pack when she faces Daniela Lopez in a strawweight Muay Thai clash at ONE: EMPOWER this Friday, 3 September.

“When I win this fight, it will definitely solidify that I’m a top contender and worthy of a title shot soon,” Buntan says.

“There’s no titleholder in my division yet, so I think it will push me closer to fighting for the ONE Strawweight Muay Thai World Title. 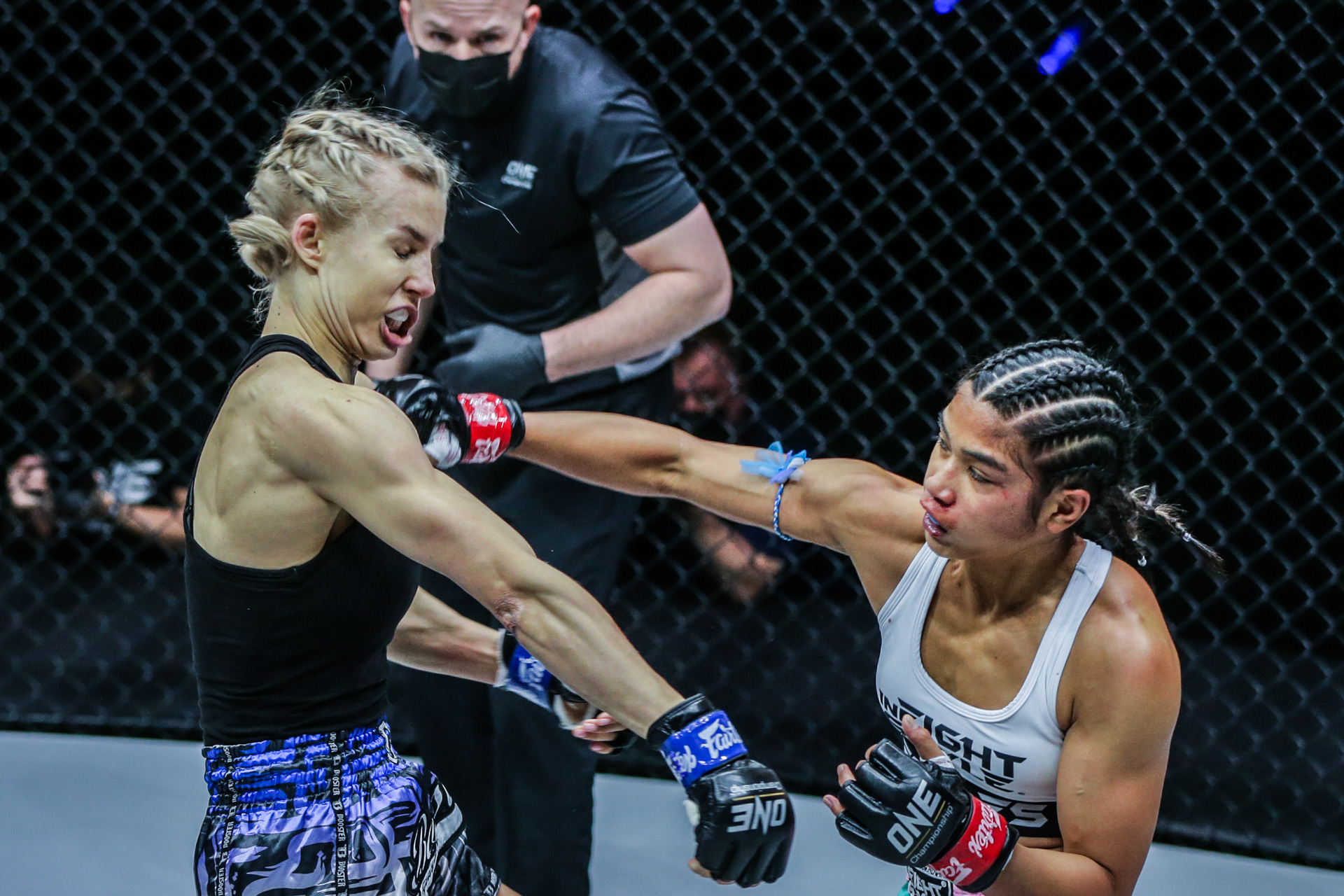 For her part, Lopez will make her first ONE Super Series appearance at Friday’s historic all-women’s event after her twin sister, Milagros Lopez, debuted last September.

And while Buntan admits she’s not overly familiar with her opponent, she has an idea of what to expect based on the Argentine’s world-famous training camp.

“She’s a come-forward, clinch type of fighter, and that’s pretty much all I know about her,” the American says.

“I know that Daniela comes from FA Group in Thailand — a big clinching gym — which explains her muay khao style.”

However, the Boxing Works athlete thinks she’s identified a hole in Lopez’s offensive strategy that can be exploited.

“She can come forward engaging in the clinch at times that aren’t the best. I want to stop her game and have her play into my game,” Buntan adds.

Along with earning her third straight win, a victory on Friday would push Buntan past divisional rival Wondergirl Fairtex, who also has a pair of victories in the promotion.

Moreover, one of Buntan’s ONE Super Series triumphs came against Wondergirl, as she stopped the Thai striker in her tracks with a phenomenal performance at ONE: FISTS OF FURY in February, after which the Fairtex fighter asked for a rematch.

The 24-year-old American is not opposed to facing Wondergirl again, though she does have her eyes on some fresh challenges in the future, including Brits Iman Barlow and Amber Kitchen.

“I’m kind of on the fence with [a rematch]. I think it was a clear win on my end, but if she wants to run it back, we can totally run it back,” Buntan says.

“But I think I’ve proved to myself that I can keep reaching higher levels and higher opponents, and that’s what I want to bring the best out of myself.

“There are a bunch of girls in my division who haven’t fought yet or fought recently. There’s some top-level girls from the UK I’d love to fight.”

Wondergirl’s sister, Supergirl Jaroonsak Muaythai, is another striker who’s expressed interest in facing Buntan, although she’d need to step up from atomweight to make it happen.

“I mean, sure. But she has to come up to my weight class,” the American says. 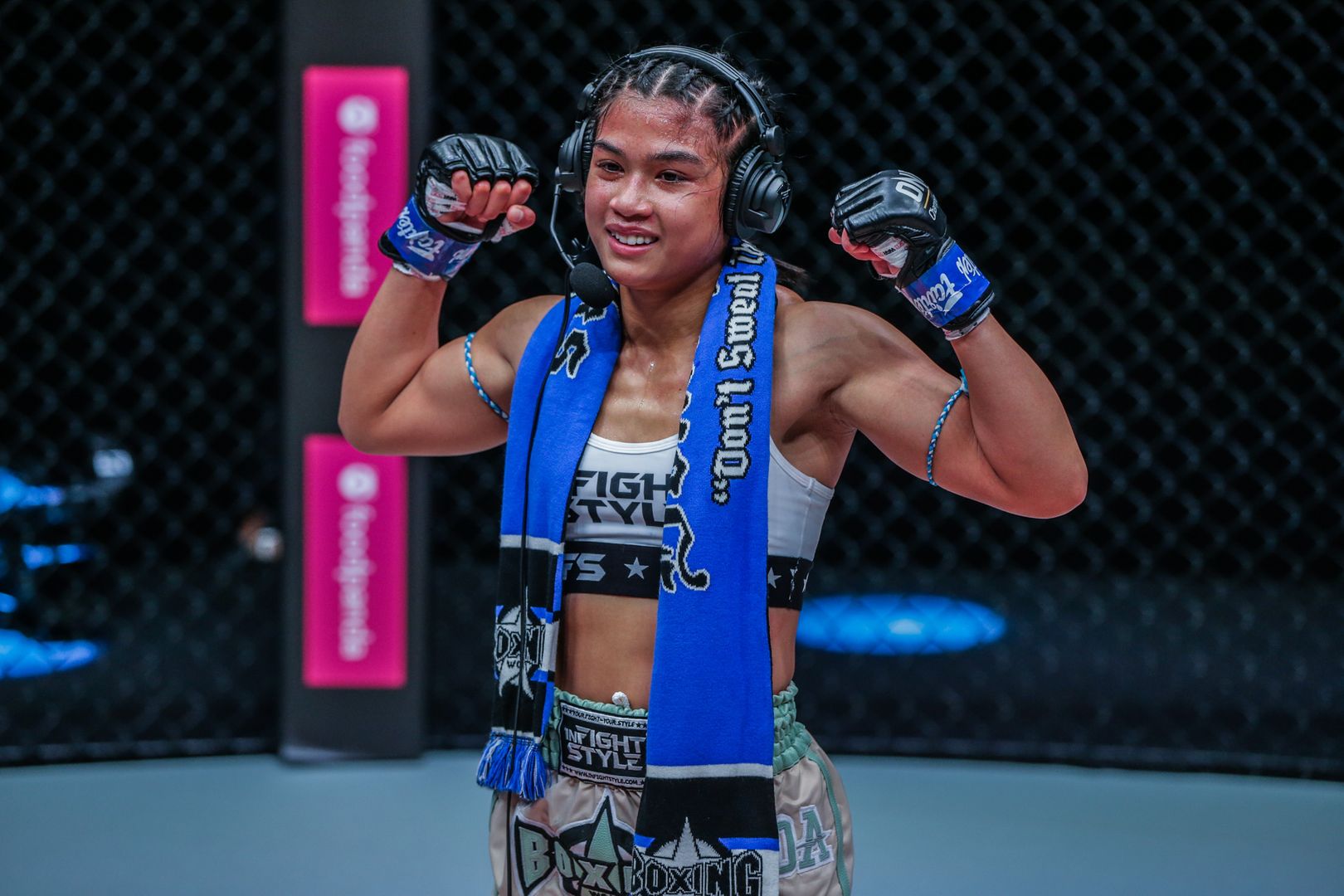 Of course, before any of Buntan’s big plans can come to fruition, she must get past a tough adversary in Lopez.

The American knows that an exciting performance and another emphatic victory would accelerate her chances of entering the ONE Strawweight World Title picture.

With that in mind, she promises to go all out on Friday night.

“Fans can expect an entertaining fight with two fighters with two completely opposite styles,” Buntan says.

“I never go in to get the knockout especially. I just know I’m more than prepared, and I’ve seen everything already. That’s all I can say.”