Bozhena “Toto” Antoniyar had to go the distance for the first time as a mixed martial artist on Friday, 12 July, and that forced her to put on the best performance of her career.

The Myanmar hero may have had more spectacular wins, but at ONE: MASTERS OF DESTINY, she went toe-to-toe with her toughest opponent yet, and executed her game plan to get her hand raised.

The two-time national boxing champion felt confident before her match with Bi “Killer Bee” Nguyen, but she knew she had to be careful when she traded blows with a woman who has far more experience in the sport.

Bozhena Antoniyar‘s first warning came inside the opening minute when she was put on her backside by a hard counter left hand.

However, she was on her feet in an instant, and then set about implementing a strategy to outstrike the Vietnamese-American. That task was made easier because Nguyen – who finished her first ONE Championship match with ground and pound – did not threaten to use her grappling.

“I don’t think she put too much effort to wrestle me, but I had to mind her kicks as she is Muay Thai fighter,” explains “Toto.”

“I didn’t find it hard to compete with her, but she is a powerhouse athlete, so I had to be wary of her power all the time.” 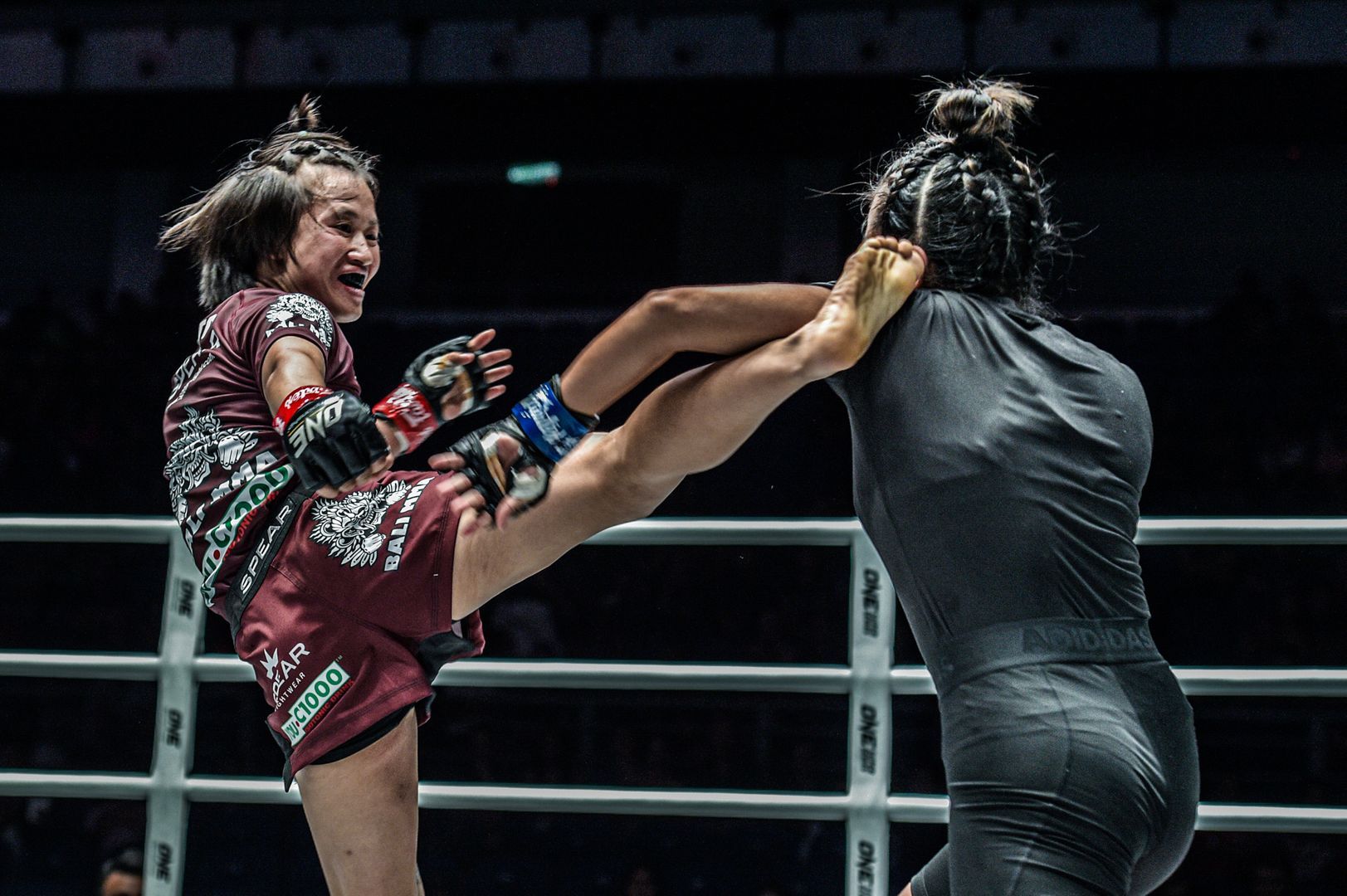 Despite her opponent’s history of training in “the art of eight limbs,” Bozhena Antoniyar was happy to trade kicks with her rival – even though the knockdown came after one of her first roundhouse attempts.

The 24-year-old had the most success when she let her hands go. By the end of the first round, Nguyen’s face was already visibly damaged by punches, and in the second stanza, “Toto” found her range with a straight right against her southpaw opponent.

As the contest wore on, the Bali MMA-trained athlete continued to fire that powerful strike to the head and body, and though she continued to absorb blows from “Killer Bee” throughout a competitive 15 minutes, two of the three judges gave her the win via split decision.

“The main focus was to compete with her in boxing. I’m a boxer and know the scoring system well,” she explains.

“I didn’t waste my energy too much, but I was trying to score throughout the bout. When the judges gave the split decision, I was very happy.” 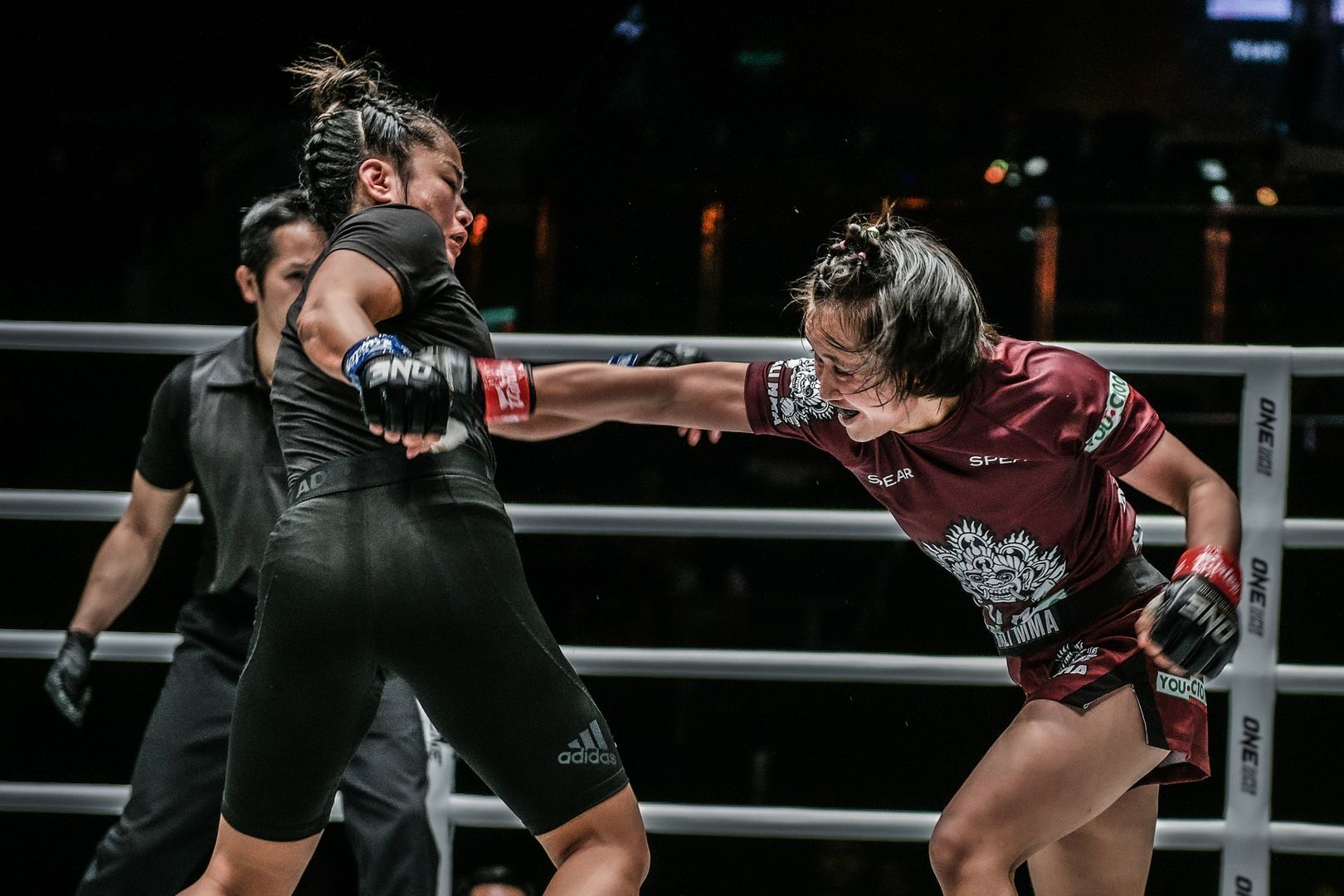 “Toto” was ecstatic when her hand was raised to confirm that she had won her third match in The Home Of Martial Arts.

Her emotional outpouring continued as she shed a few tears of joy when her team threw her nation’s flag over her shoulders.

”I’m on cloud nine. I wanted to bring the result home for my country, my fans, my citizens, and my family,” she adds.

“I’m really glad for my fans. I tried my best for them. They worry about me so much, and they were even praying for me. Many things can happen in a match – I could lose – but I will try my best for our country.”

A win against one of the world’s largest martial arts organization’s most promising new women’s atomweights is a huge feather in Bozhena Antoniyar‘s cap, which opens the door for more high-profile assignments in the future. 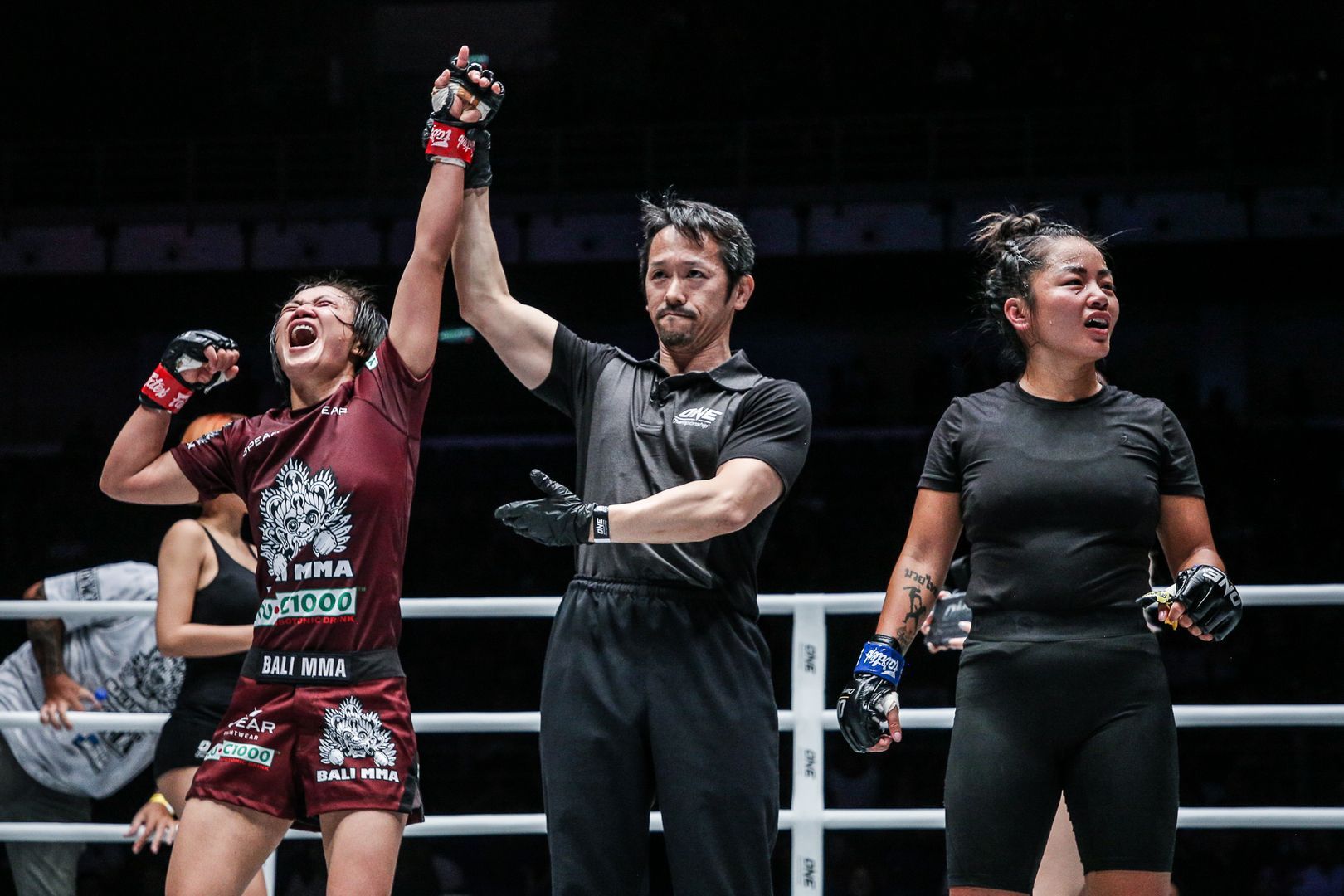 With two consecutive victories in her back pocket, she may have another step up in competition for her next match, and the Yangon native says she will be ready for whoever stands across from her in the Circle.

“I will fight anyone. I’m training to be ready all the time, and every bout in which I represent my country, I will do my best,” she says.