Bala “The Tulunad Warrior” Shetty returns to ONE Championship action on 31 March a reinvigorated man.

The 36-year-old will face “The Big Heart” Yoon Chang Min at ONE: A NEW ERA this Sunday, and he believes his experience as an eight-time national Muay Thai champion will power him to victory.

Their lightweight contest will kick off the action at the biggest event in ONE history inside the Ryogoku Kokugikan in Tokyo, Japan. 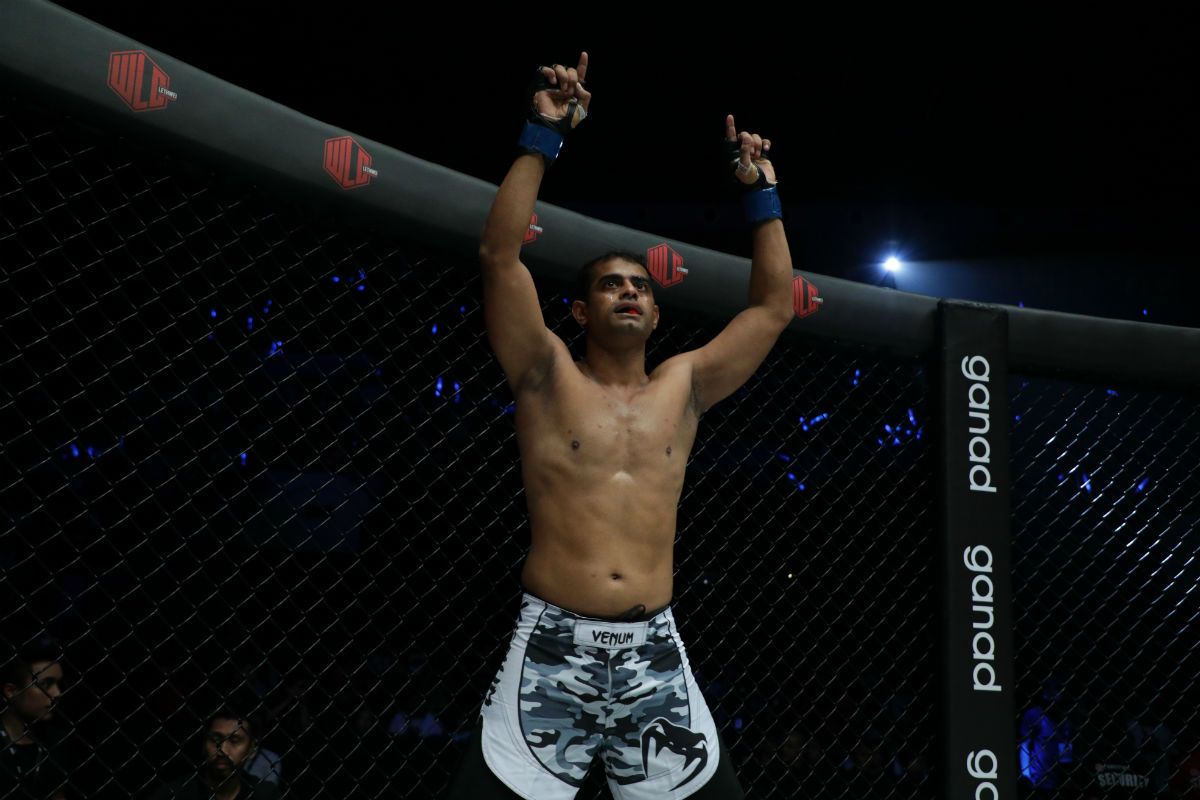 Shetty has been away from the cage for almost a year and a half while he has spread the martial arts gospel back home, where he has been appointed the National Muay Thai Head Coach – a role that has tasked him with finding and developing the next generation of international competitors in India.

He has also focused on his burgeoning business which is helping to introduce mixed martial arts to a growing number of his countrymen.

“I’m traveling a lot to develop the sport of Muay Thai in every corner of the country,” he explains.

“I’ve been traveling with the team for international Muay Thai events and at the same time expanding the business, a chain of mixed martial arts gyms called Total Combat Fitness, which is now in three major cities: Mumbai, Bangalore, and Indore.”

But “The Tulunad Warrior” has put those responsibilities to one side for now to train hard for the opening bout of the most stacked event in martial arts history.

“A great captain, doesn’t inspire his teammates only by telling them how to play, he will do it himself and set an example for them to play well.” Proud captain of Indian Muay Thai team Anil mehta with medals won by Indian team at Asian Muay Thai championship Macao 2018. It was a great display of courage will power and never give up attitude of Anil. Unfortunately he could not get medal, had to settle down in quarter finals against Malaysia but it was a fight to remember and best performance to represent India. We are very proud and it’s just a beginning for you. #muaythai #kickboxing #thaikickboxing #ifmamuaythai #ifmamuaythaiofficial #ifmamuaythai #onechampionship #ufc #mma #boxing

He is looking to harness his extensive experience in the art of eight limbs and showcase his signature striking skills against the debuting South Korean.

“I have been focusing a lot on striking – I know he has a lot of holes in his striking game,” Shetty explains.

“I have seen a couple of his videos. He looks good. I don’t know what is dangerous about him, though.

“I know he can’t strike with me. I am a much better striker than him – that’s my big advantage. The game plan is to just knock him out.”

Shetty’s game plan is short and to the point – just like how he expects the bout to go.

Asked for a prediction, the Indian warrior does not hesitate to suggest he will deliver a spectacular result.

“I know very well that he drops his left hand often. He has a habit of doing that.”