After nabbing a win over one mixed martial arts legend, Antonio “The Spartan” Caruso already has his eyes on another.

“I’m coming after all of them,” Caruso says about the lightweights in ONE’s Athlete Rankings. “But I’d love to get a chance against Eddie Alvarez in America.

“Why not? He’s ‘The Underground King’ in Philadelphia, and I’m like the real-life ‘Rocky.’ Me and Eddie would be a great fight, and taking out another legend would be great for me, so that’s the fight I’m looking at.”

As for his own victory over “Landslide,” Caruso believes it boiled down to a few key factors.

“Lots of preparation, mentally and physically,” he says. “We just worked out a great game plan around what [Folayang] could do and what I could do.

“Another thing I did right was really understand my opponent this time and come in with as much knowledge as I could – that was the biggest difference in that fight.”

That knowledge paid off, as Folayang rarely troubled the Aussie over the course of three rounds. Instead, it was “The Spartan” who threw himself over the former World Champion like wet burlap and smothered his fire.

“I was trying to wear on Eduard and make him tired in the first round,” Caruso says.

“I had to put a pace on him to get his respect, make him think twice about opening up with his dynamic and electrified attacks. So, I kept him on the back foot and even got the takedowns.” 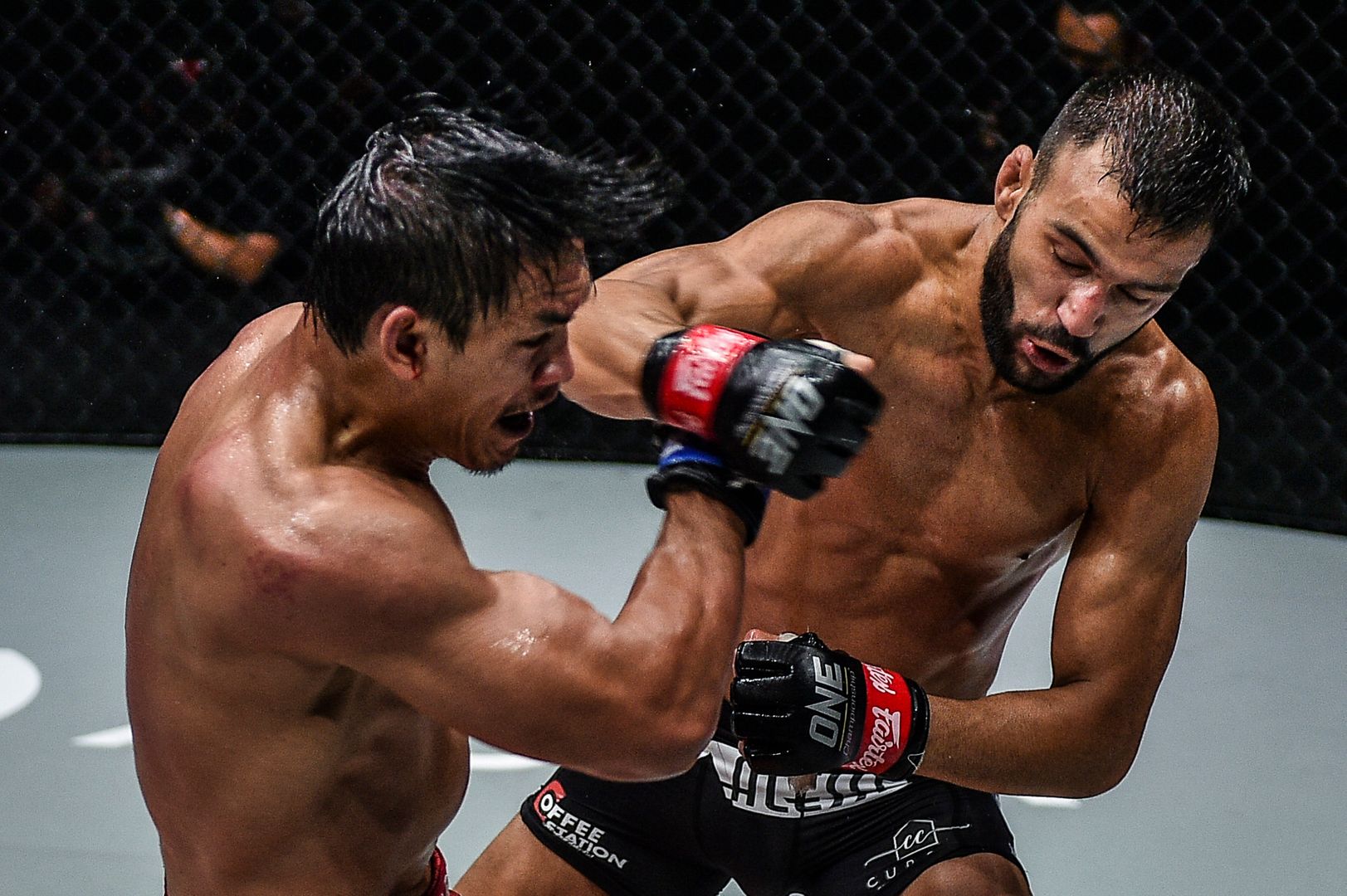 That wasn’t all. Late in the first round, the Australian nearly submitted Folayang with a guillotine choke, only for the Filipino to escape with just 10 seconds remaining.

And when Caruso came out for round two, his conviction rose.

“I got in his face and dropped him early, which gave me a lot of confidence,” he recalls. “So, I said, ‘Why not just stand and trade with him?’”

For the remainder of the period, that’s exactly what the two men did – stand and trade. Folayang threw punishing low kicks, while Caruso unleashed short left hands.

But for all the success he was having in the first two rounds, “The Spartan” knew Folayang would enter the final stanza with purpose.

“He’s a veteran. He’s a warrior. He’s an ex-World Champion. I knew he was going to come at me hard in that last round,” Caruso says.

“But I was supremely confident in my preparation mentally, and I knew that I had what it takes to weather the storm and then get the win.”

It's true what they say work until your idols become your rivals. – So much respect and honour for this legend ???? Still can't believe I was able to share the @onechampionship circle with him ✊???? @the.landslide @teamlakay @yodchatri

A post shared by Antonio Francesco Caruso (@antoniothespartan) on Nov 1, 2020 at 7:17pm PST

Not only did Caruso get the win, but he did so against a man who has been around the game for a very long time. After doing so, “The Spartan” feels he is ready to conquer the division.

“It’s huge to beat an ex-World Champion and living legend like Folayang. That’s what dreams are made of,” Caruso says.

“Now it’s my turn, and [that win] proved to me that I have what it takes to become a legend and a World Champion.”

Read more: What’s At Stake For Every Athlete At ONE: INSIDE THE MATRIX III