Angelo “The Unicorn King” Bimoadji kicked off the action at ONE: FOR HONOR with an impressive first-round finish in an all-Indonesian clash with “Black Ant” Guntur on Friday, 3 May.

The 21-year-old secured the tap from his opponent in his hometown of Jakarta with just four seconds left in the first round to earn his first win in ONE Championship.

Jakarta's own Angelo Bimoadji kicks off ONE: FOR HONOR with a scintillating armbar finish of fellow countryman Guntur at 4:56 of Round 1!

Jakarta's own Angelo Bimoadji kicks off ONE: FOR HONOR with a scintillating armbar finish of fellow countryman Guntur at 4:56 of Round 1!Watch the full event on the ONE Super App ???? http://bit.ly/ONESuperApp | TV: Check local listings for global broadcast

Bimoadji, who represents Team Phantom MMA and Indogym, started the match on the front foot as he shot for a double-leg takedown to bring Guntur – a striking specialist – to the canvas.

“The Unicorn King” passed to half guard after he picked his opponent up off the mat and slammed him down, but the 28-year-old East Java native was active off his back and recovered guard.

From there, “Black Ant” temporarily stopped his rival’s progress with punches to the head. However, Bimoadji broke through his foe’s defensive guard and passed to side control, where he secured a crucifix and started to work for an armlock. 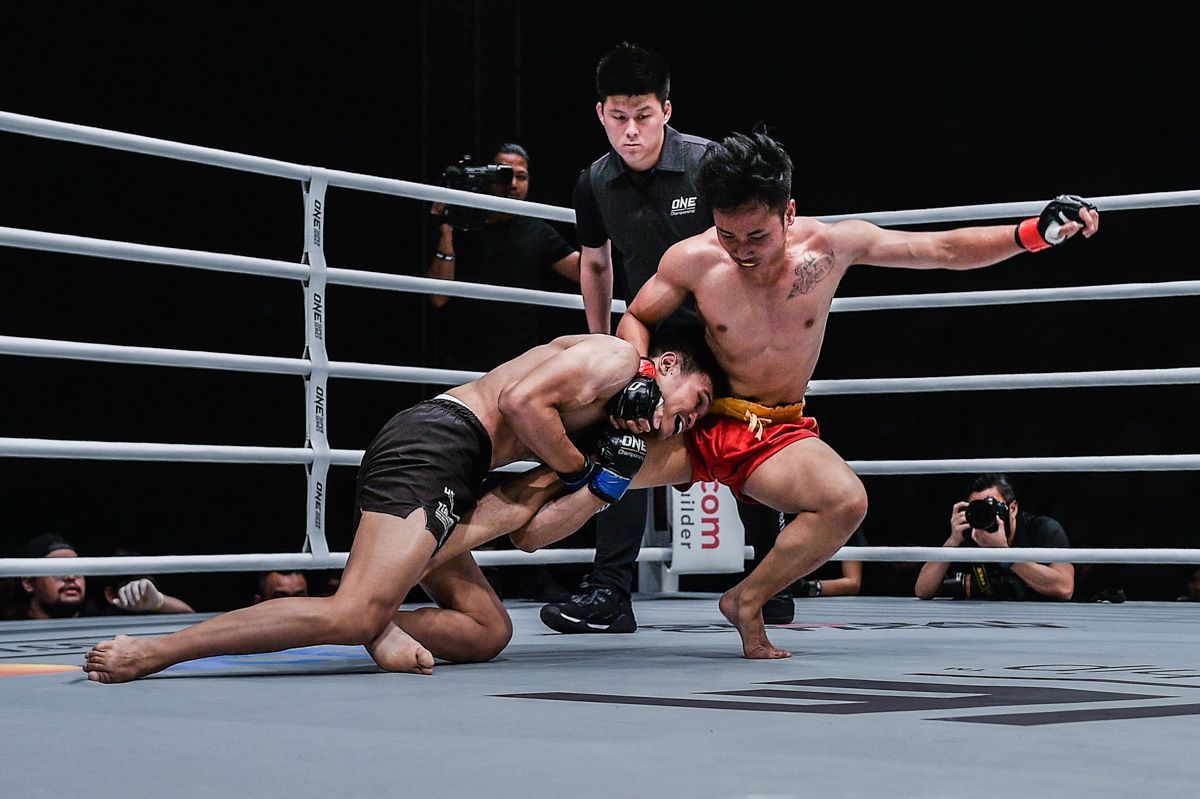 The Jakarta resident was unsuccessful with the submission hold, but he maintained his dominance by quickly moving to mount. Guntur, however, rallied to reverse the position and get back to his feet.

For a moment, it looked like the tide might turn in the Gorilla Fight Club athlete’s favor as he defended the next takedown that came his way. But when Bimoadji got ahold of his opponent’s left leg, he turned the corner to bring the bout to the canvas again.

Just like before, “The Unicorn King” passed on his left side to move to side control and then took mount. 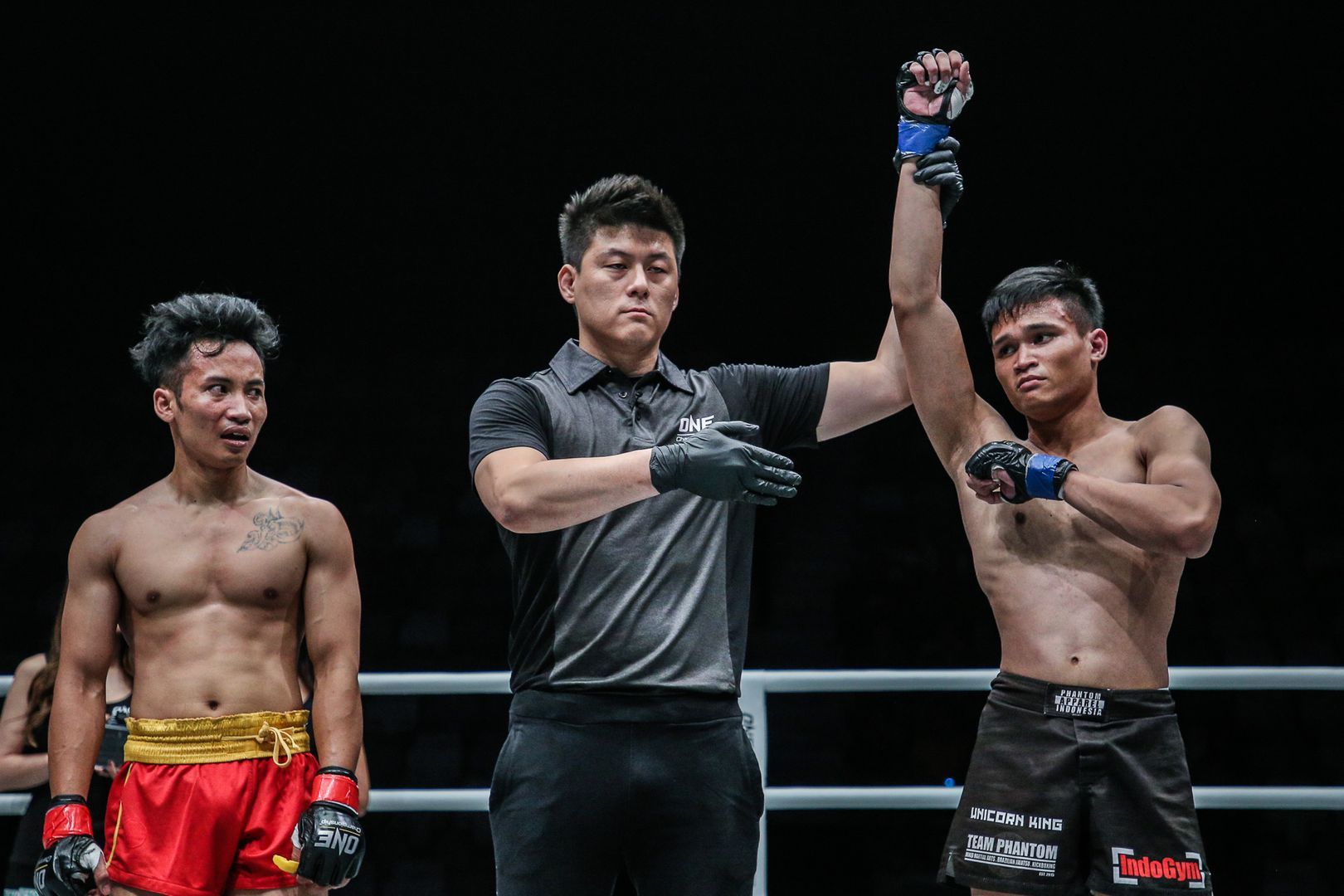 When he started to unleash his ground and pound, Guntur stopped most of the impact. However, with his arms outstretched, he left himself exposed to an armbar attack.

Bimoadji pivoted, and then dropped to his back to lock in the submission as the clappers sounded to signal 10 seconds left in the round.

As he arched his hips, the torque was so great, “Black Ant” could not hold on until the bell. The East Java native was forced to tap with 4:56 on the clock.

This victory in front of his hometown crowd at the Istora Senayan improved Bimoadji’s professional record to 2-1.