Everything is lining up for Alex “Little Rock” Silva to make an epic return to form.

On Friday, 16 August, the Singapore-based Brazilian will go back to the place where claimed the ONE Strawweight World Championship and kickstart his campaign back to the belt.

The 36-year-old former titleholder is scheduled to face Indonesian grappling ace Stefer “The Lion” Rahardian at ONE: DREAMS OF GOLD, which emanates from the Impact Arena in Bangkok, Thailand.

This mixed martial art bout has all the makings to be an exciting clash between high-level submission artists. However, if Silva — a third-degree Brazilian Jiu-Jitsu black belt and BJJ World Champion — has his way, then he will make it an early night for “The Lion.”

Before he steps back into the Circle, the Evolve representative breaks down his opponent, predicts how he will win, and much more.

A taste of the incredible action to come when top strawweights Alex Silva and Yoshitaka Naito rematch on 12 May!

A taste of the incredible action to come when top strawweights Alex Silva and Yoshitaka Naito rematch on 12 May!Jakarta | 12 May | TV: Check local listings for global broadcast | Tickets: http://bit.ly/oneglory18

Posted by ONE Championship on Wednesday, May 2, 2018

ONE Championship: You won the ONE Strawweight World Championship in Bangkok back in December 2017, so how does it feel to go back there and compete?

Alex Silva: I feel like it’s destiny. The first time I went there is when Yoshitaka Naito beat Dejdamrong [Sor Amnuaysirichoke] and took the belt away from my teammate and from my team.

So the second time I went there, I took the belt back to my team. After that, I had a bad period, so now it’s a good time to go back there and rise to the top again.

ONE: This time, you will face Stefer Rahardian in the Thai capital. What are your thoughts on him?

There is mutual respect between us, but I believe that I’m a better athlete than him in mixed martial arts. It’s going to be a good match. I need to get back to victory and unfortunately for him, he happens to be in my way.

Former ONE World Champions collide on Friday when Alex Silva takes on Yoshitaka Naito in a strawweight trilogy bout!

ONE: Are you focusing on anything specific in your training camp?

AS: For me, I’ve always been training hard, but I have tried to learn with some other guys and get experience from others, and start training smarter.

Sometimes, training a lot doesn’t mean you get more, so I try to always feel good about my training, rather than just going hard continuously because a fight is coming up soon.

Sometimes, the best thing to do is to just go out, rest, and see something different, and don’t just live a life of two months of constant training. I try to enjoy [my training] more.

ONE: When you said other guys, are you referring to your Evolve teammates and instructors?

AS: Yeah. We have some new guys that joined, so I try to always pick things up from the way they train, and if there are things that are interesting, I try to add it to my workout as well.

Like, sometimes, instead of doing four sets a day, it’s better to be doing two sets and being smarter and more efficient. 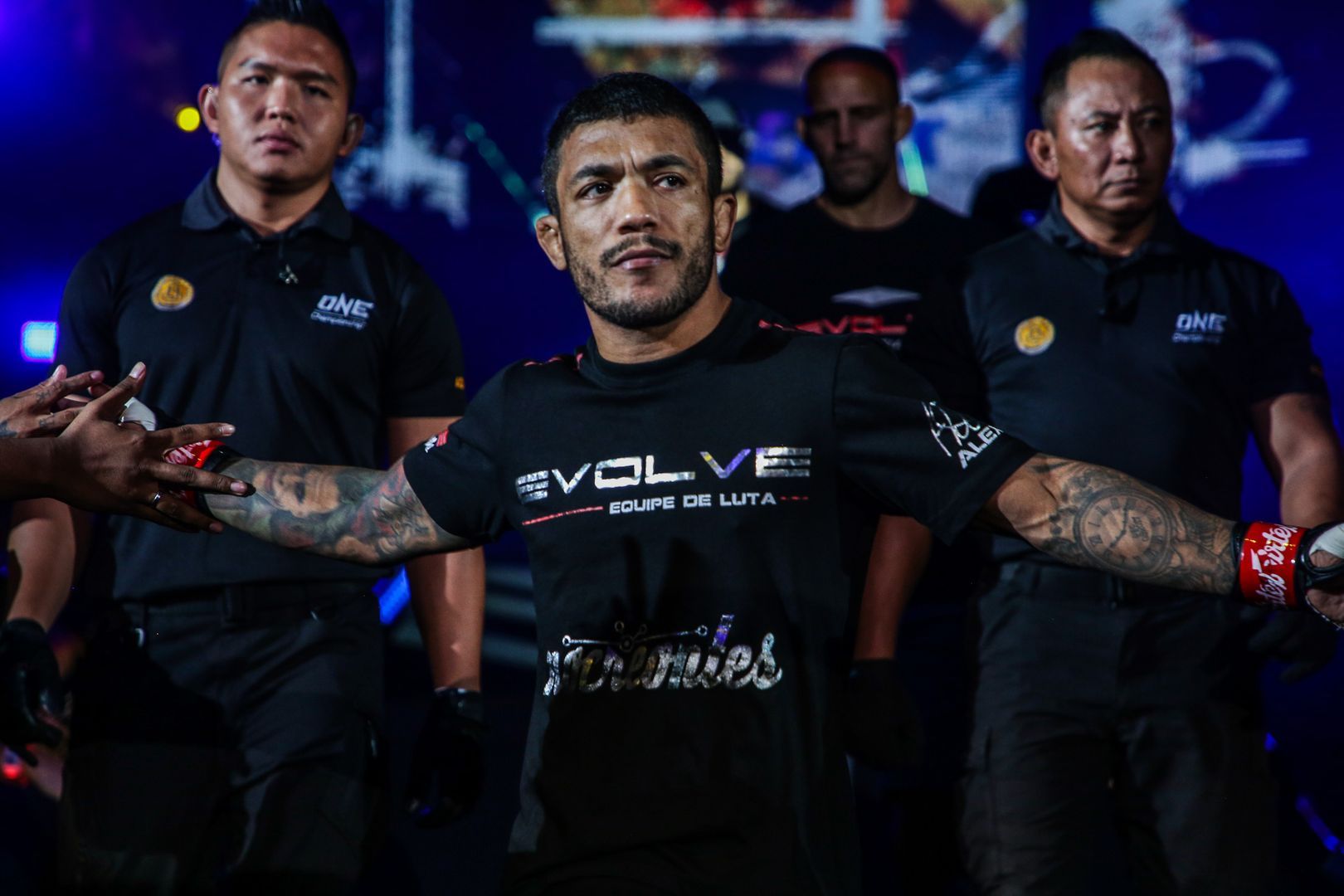 ONE: What can the fans expect when you step into the Circle against Rahardian on 16 August?

AS: What the fans can expect from me is that from the first minute to the last minute, I will be giving every bit for this fight.

I don’t think this is the fight of my life — I try to go in there and enjoy what I do, but there is definitely a fire burning inside of me for this contest. This is more of a battle between me and myself.

ONE: How do you think this match is going to play out?

AS: My last submission was a really long time ago, so I am definitely looking to get a submission win again and finish the fight like I am used to.

I see this fight ending in a first-round submission win. 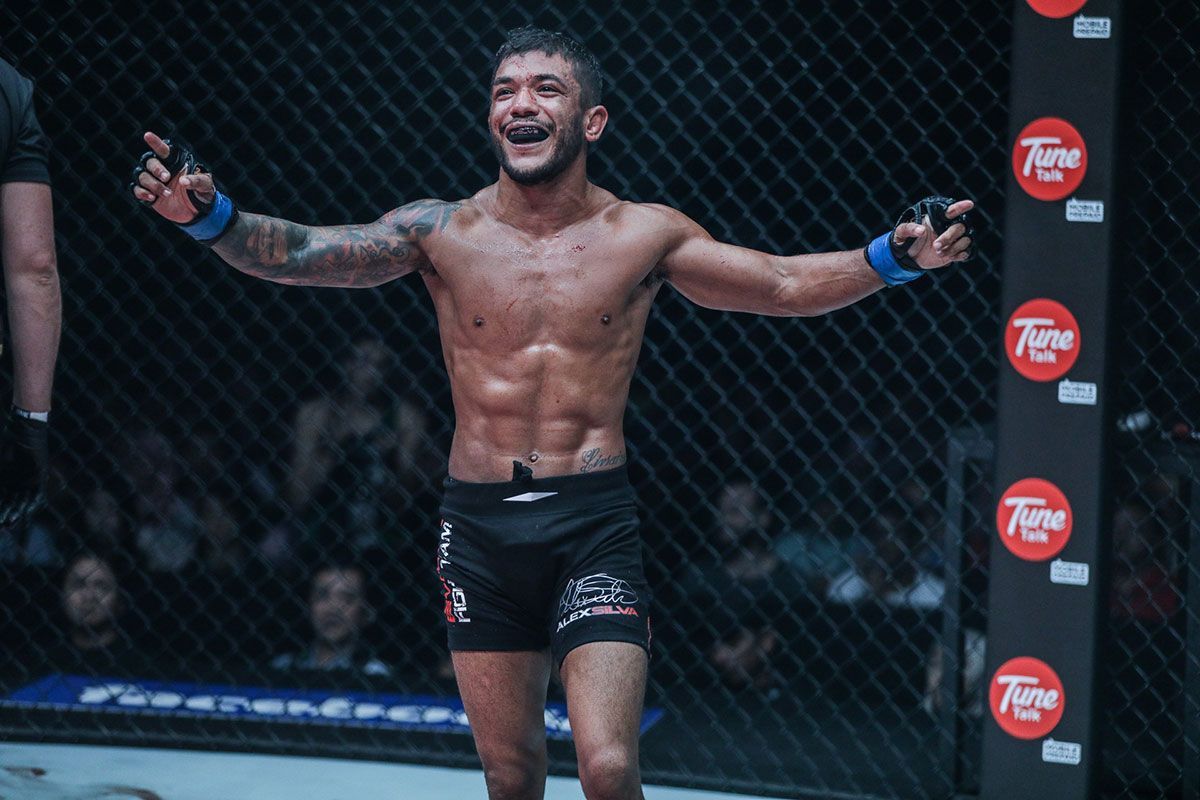 ONE: Your goal is to become the ONE Strawweight World Champion again. With that in mind, how far away do you think you are from challenging for the gold?

Of course, the title is still my goal. But right now, I just want to go out there, do what I love, and compete. When they (the matchmakers) think I am ready for the next step, then I will start to think about it. But for now, I need to make my way back to the top again and not rush or think about that too much.

I am not done yet — I know some people still think that my time is done, but I 100 percent believe that I am coming back. This is not the first time this has happened. In my BJJ career, I remembered losing all five tournaments in one year. But then, the next year, I came back and won the World Championship.

I believe if you give up on the bad days, you won’t deserve to enjoy or earn the good and beautiful days. That’s how I approach my life.