Buoyed by a stunning knockout victory in his last ONE Championship contest, Ahmad “Lycan” Qais Jasoor is determined to add another finish to his résumé at ONE: ROOTS OF HONOR.

The Afghan warrior scored a thrilling win over “Tank” Ma Xu Dong at ONE: PURSUIT OF GREATNESS in October, and he will hope to start a winning streak against another Chinese opponent – “The Stalker” Xie Bin – in Manila, Philippines.

This exciting bantamweight tussle is set to be one of the highlights of the prelims at the Mall Of Asia Arena this Friday, 12 April.

Ahmad Qais Jasoor finds a home for his explosive left hand and knocks out Ma Xu Dong at 2:16 of Round 2!

Ahmad Qais Jasoor finds a home for his explosive left hand and knocks out Ma Xu Dong at 2:16 of Round 2! Watch the full event LIVE & FREE on the ONE Super App ???? http://bit.ly/ONESuperApp | TV: Check local listings for global broadcast

“Lycan’s” victory was not only a landmark moment for his own career, but also the first victory for Afghanistan on the global stage for martial arts.

It inspired a wave of interest from people in his homeland, and he is driven to get his hand raised again to make his people proud.

“I was really happy to be victorious over my Chinese opponent. I will never forget the moment when I knocked him out,” says Jasoor.

“I trained really hard to get the win, and since that victory, I have had a lot of good messages.

“I have the potential to get more victories for the nation of Afghanistan, and I will work harder to do it.”

He may need all the support he can get from his compatriots against an in-form young talent who emerged as one of the athletes to watch in 2018.

China’s Xie is one of the fastest rising stars in the bantamweight division thanks to his impressive five-bout win streak in the world’s largest martial arts organization.

The Tianjin Top Team representative has a penchant for submissions – he has forced three of his last four opponents to tap – but that does not faze the well-rounded Afghan, who believes he can take on “The Stalker” in his area of expertise.

“Everyone knows that Xie Bin is a very talented fighter, but he has strengths and weaknesses, and I will fight him and win like I did against my last Chinese opponent,” he explains.

“I have the advantage to win this fight because I have a master’s degree in combat sambo, so for me, it’s easy to fight for submissions and ground and pound.”

That is not to say “Lycan” is afraid to mix it up on the feet. 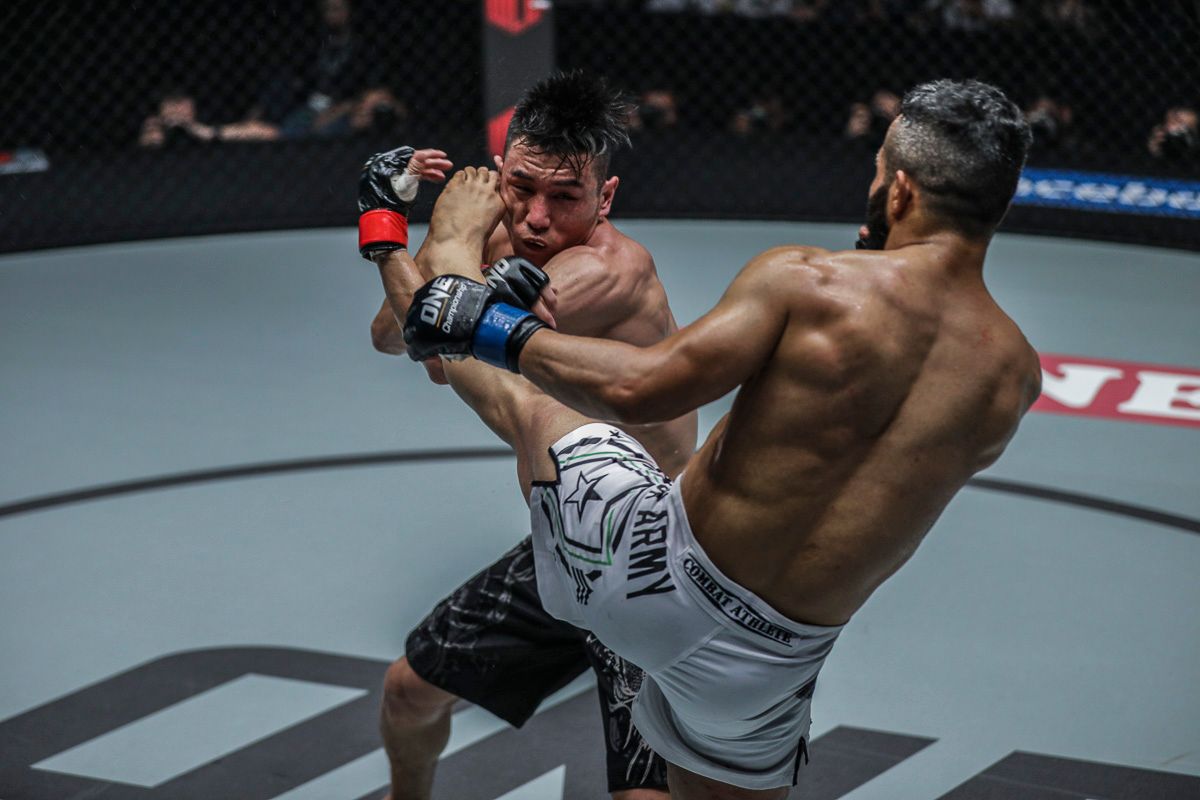 The 29-year-old from Kabul has a background as an amateur boxer representing his country’s national team – and fans are well aware of the fierce power in his hands.

Jasoor dropped Ma with a straight left before swarming to finish in his last contest, and also knocked down “Rock Man” Chen Lei with a right in his promotional debut.

“I’m also a striker, and I have won many boxing championships in the past, so it will be easy for me to win this fight,” he offers.

Despite his confidence, “Lycan” is reluctant to give too much away about his game plan. However, he says he has spent time with his team at Jasoor Fight Club and TGFC Top Team to plan a path to win number two in the world’s largest martial arts organization.

“We all come for victory. You can’t predict it, but I have a game plan to beat him. You will see it on fight day,” he adds.