Ahmad Qais Jasoor (4-1) immediately entered the ONE Championship record books when he made his promotional debut.

In June, at ONE: SPIRIT OF A WARRIOR in Yangon, Myanmar, he became the first Afghan to compete in the world’s largest martial arts organization.

Now, he has an opportunity to make history yet again.

On Friday, 26 October, he will return to “The Golden Land” to face “Tank” Ma Xu Dong (5-2) at ONE: PURSUIT OF GREATNESS. If Jasoor beats his Chinese adversary in the Thuwunna Indoor Stadium, he will be the first athlete from Afghanistan to claim victory in The Home Of Martial Arts.

Before Jasoor steps into the cage for his bantamweight clash, here are four quick facts you should know about the man from Kabul.

#1 He Was A Standout Boxer Jasoor started his martial training with kung fu when he was merely 4 years of age because his father, a police officer, felt it was important for his son to learn self-defense.

However, he transitioned to boxing when he was 12, and he achieved a tremendous amount of success in the sweet science.

That striking arsenal would later become an integral part of his mixed martial arts repertoire, and fans got an early taste of his powerful hands when he dropped “Rock Man” Chen Lei in the first round of his debut. 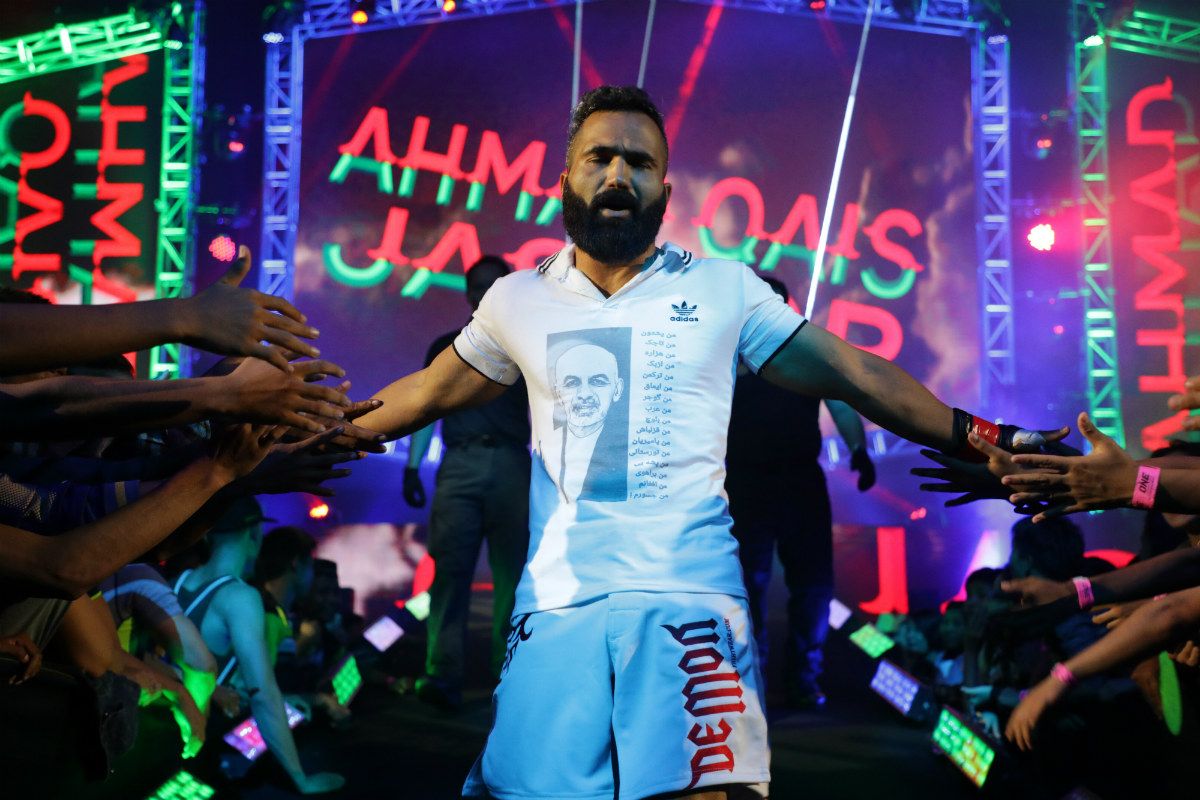 The 29-year-old may have only kicked off his mixed martial arts career in April 2016, but he has accomplished a lot in a short amount of time.

Jasoor, who has competed in India, Myanmar, and his native Afghanistan, captured the Hosharafu Fighting Championship’s Featherweight and Bantamweight Titles, which got him noticed by ONE matchmakers.

In June, he joined the world’s largest martial arts organization and now, he is an exciting member of the talent-stacked bantamweight division.

Nowadays, the Afghan competes full-time as a martial artist, but he has a background in the medical field.

Following his graduation from Habib High School in Kabul in 2007, he attended Tajik State Medical University in Dushanbe, Tajikistan.

Jasoor earned a degree in medicine from the college in 2014, and went on to work at a local hospital as a doctor.

Although he may not be currently helping patients in the hospital or the doctor’s office, he is helping to inspire a new generation of martial artists in his homeland.

#4 An Afghan Werewolf In Myanmar Jasoor has an affinity with werewolves – and his nickname is inspired by the mythical creatures.

“The Lycanthrope” moniker fits because when he is inside the cage, he is aggressive in his hunt for a finish as he relentlessly attacks his opponent.

The evidence is in the nature of his victories. Three of his four professional wins ended in the first round in a combined 185 seconds.

However, there is no sign yet that he develops fangs and a hairy coat when he puts on the 4-ounce gloves.