Agilan “Alligator” Thani completed his comeback from the most difficult period of his career with an inspiring performance against Yoshihiro “Sexy Yama” Akiyama.

The Malaysian hero was better than ever, but he still had to battle for three hard rounds against a legend of Japanese mixed martial arts to get his hand raised at ONE: LEGENDARY QUEST on 15 June.

Thani’s striking was the sharpest it has ever been, and he managed to outgrapple the judo black belt on several occasions, but he did not have the match all his way.

The 23-year-old was put on his back by a beautiful throw inside 30 seconds, but he quickly found a way to impose his game plan.

“When he threw me the first time, I was like, ‘Oh man, I think I’m going to go for a ride in this match,’” Thani laughs.

“But then I scrambled back and managed to counter with whatever he threw at me. I was working hard for this match, and I wanted to execute my plan.

“My boxing was on point. I definitely moved a lot – pivoting in and out of his attacks. I sharpened it in Bali MMA, but I’ve been working on boxing with Coco [Conrado Furlan, at Monarchy MMA] for such a long time.

“The only problem is I never believed in it too much, but this fight brought out the best in me.” 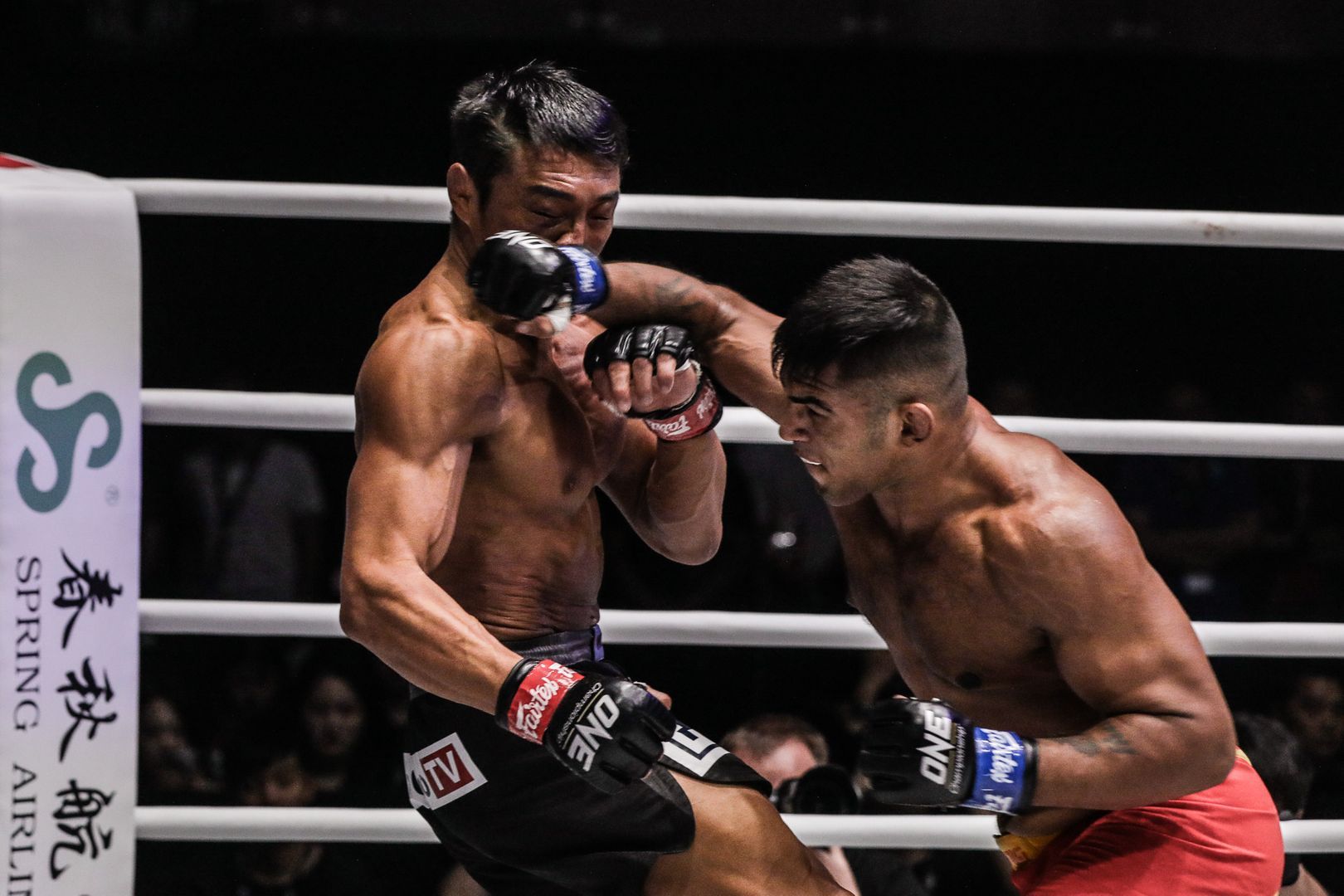 As soon as “Alligator” was back on his feet at the start of round one, he started to control the action with his pinpoint punching and some spectacular slams.

However, he admits that he started to lose momentum by the end of the second stanza. Fortunately, the Monarchy MMA representative’s coach was there to get him back on track and follow their strategy in the final five minutes.

“The game plan was to rough him up with the clinch and take shots from the outside, but during the second round, the excitement was getting into my head, and I thought that I wanted to outwrestle him,” Thani adds.

“I was desperate to take him down repeatedly, but then he caught me with a good shot which left me dazed. I was a bit tired towards the end.

“During the break after the second round, Coco told me that we had to change the game plan. He wanted me to move backward and fight. He told me I had to be a boxer, then start springing for the takedowns.” 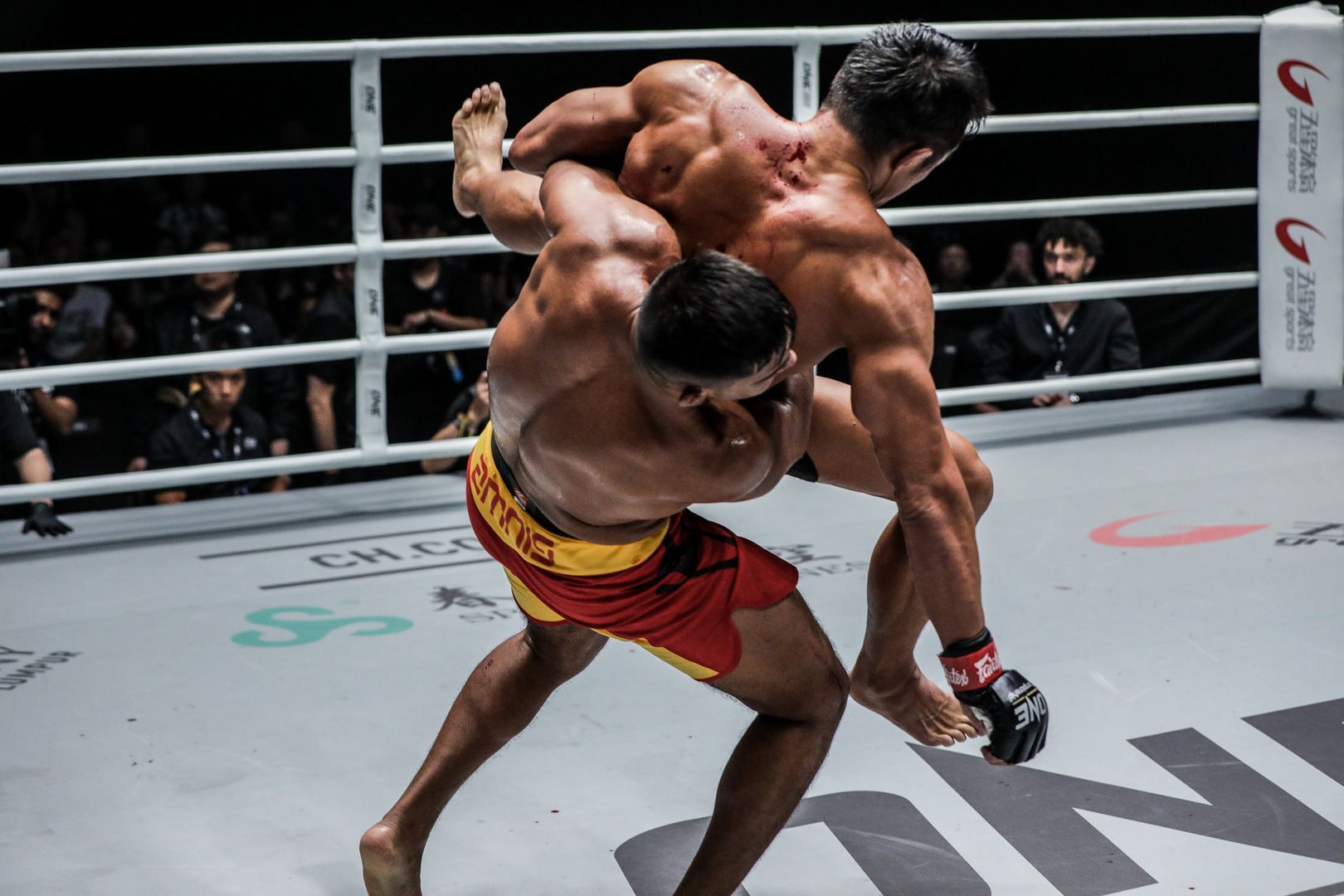 Refocused and recharged, the Sentul resident regained the upper hand, but he had to show grit and determination as Akiyama never stopped firing back and the pair engaged in some wild exchanges.

When 15 minutes were up and Thani had his hand raised in victory via unanimous decision, he was both relieved and delighted to be back in the win column.

“I was just screaming and telling my corner, ‘Man, this guy’s tough, super tough!’ But I’m overjoyed with the win,” he says.

Though the victory has put “Alligator” back on track in the upper reaches of the welterweight division, he does not have a World Title shot or rematch with Zebaztian “The Bandit” Kadestam on his mind yet.

His defeat of Akiyama was the biggest of his career and will earn him more recognition across the world of martial arts than he has ever experienced, but he accepts it is just the start of his journey back to the top.

It also ignited a lust for all-action bouts that he hopes to bring to fans so he can prove what he is made of on the global stage. 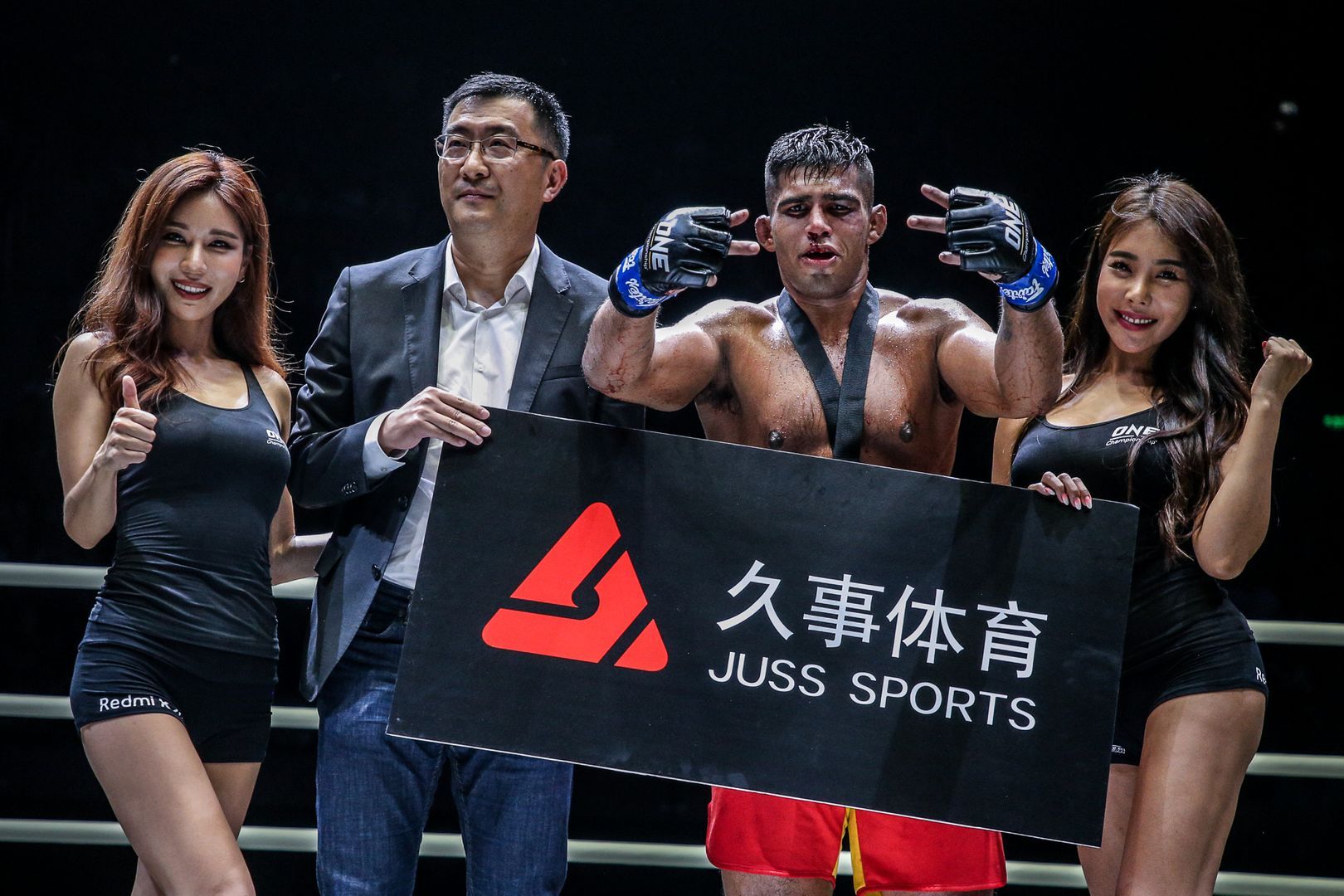 “It was a good win, but I do not want to keep my hopes too high. I’m still at the start of my journey. I’ve only collected one win, and I’ve got a long way to go.

“But, winning definitely felt good because it’s been a while since I last won a fight, and winning against a big name is cool.

“I just want to get into a couple more wars. I’m enjoying martial arts more than ever, and I want to continue this momentum. I want to show everyone what I’m made of, and I want to prove to myself that I’m not a quitter.”