Hiroba Minowa made a thunderous statement in his highly anticipated ONE Championship debut, but his encore will be a little trickier.

Not only is the Japanese rising star preparing to fight a mixed martial artist who once ruled over the strawweight division, but he’ll be facing an elite-level grappler who personally taught him some valuable skills on the ground.

That foe is Alex “Little Rock” Silva – a former ONE Strawweight World Champion and the division’s current #5-ranked contender.

The 21-year-old Minowa will meet Silva at ONE: FISTS OF FURY III, which airs from the Singapore Indoor Stadium on Friday, 19 March.

Last November, Minowa made quite the first impression on the global stage at ONE: INSIDE THE MATRIX III.

The former Shooto Champion was in a rough spot when opponent Lito “Thunder Kid” Adiwang appeared to lock in a tight kimura, but the Japanese upstart escaped that dangerous submission attempt and used his phenomenal grappling to earn a narrow split-decision victory.

Next, the Saitama resident will battle Silva, a Brazilian Jiu-Jitsu World Champion whom Minowa previously trained with at Evolve MMA in Singapore. During that session, the Japanese athlete learned some new ground techniques from the talented South American.

But for every world-class strawweight mixed martial artist, all roads eventually lead to the Circle, and only one of these stars can move up ONE’s Athlete Rankings at ONE: FISTS OF FURY III.

Ahead of their monumental clash, Minowa recaps his spectacular debut, shares what he learned from Silva, and much more. 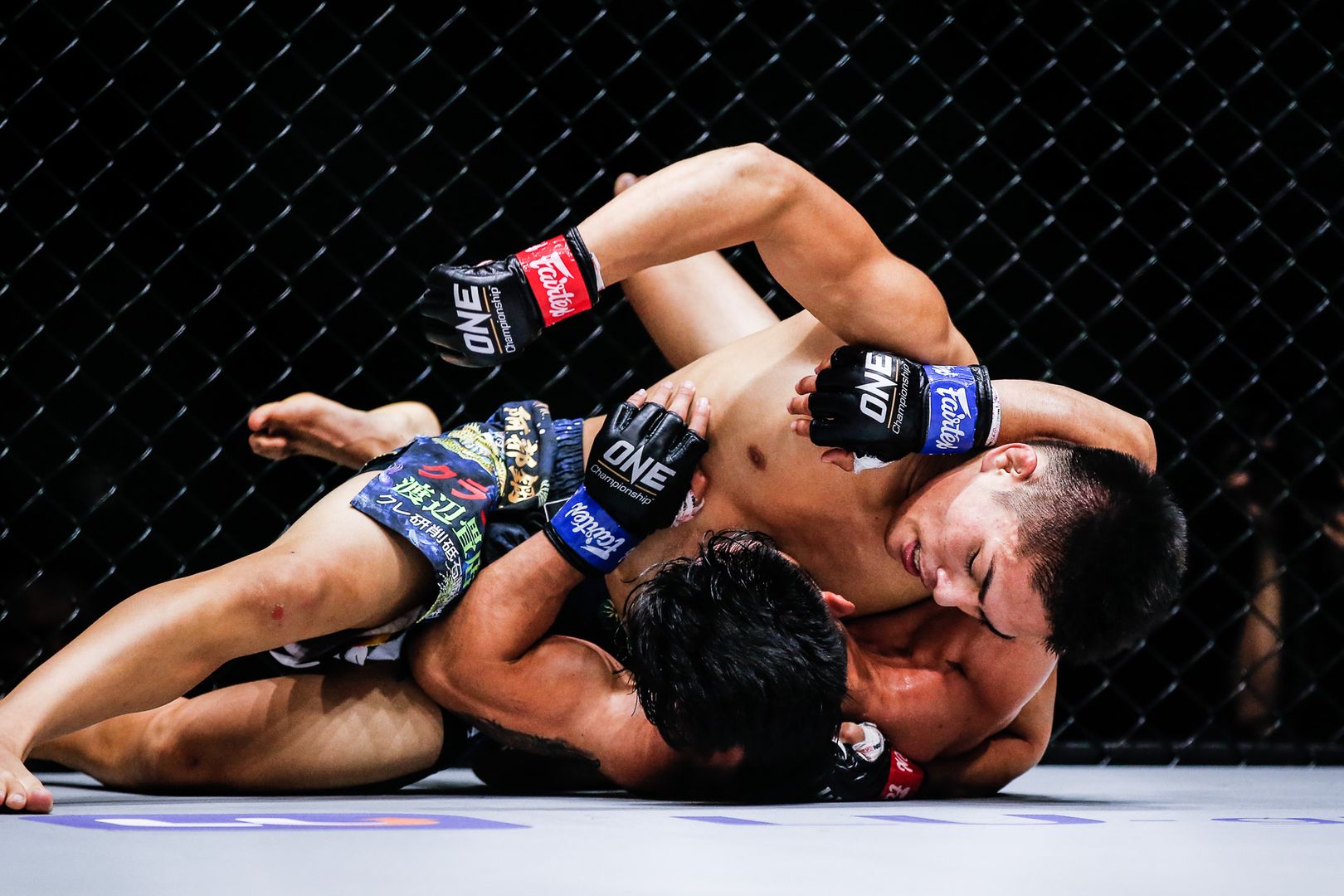 ONE Champion: Your first promotional appearance came against Lito “Thunder Kid” Adiwang at ONE: INSIDE THE MATRIX III last November. You owned a 100 percent finishing rate up to that point…

Hiroba Minowa: A 100 percent finishing rate is something that I got as a result [of my game plans]. In my game plan [for Adiwang], I made sure to build a strategy that would ensure victory, even if it was by decision. I still wanted the submission, but I just couldn’t get the finish. As a result, I won by decision.

ONE: In that bout, there was a dangerous moment in the first round. Adiwang locked in a kimura, and it seemed tight. In fact, your arm was bent in an unnatural direction.

HM: I didn’t notice that my arm was bent at that egregious angle. It might sound overdramatic, but I went into that fight as the current Shooto Champion and a representative of the Japanese strawweight division, so tapping in the first round and going home [with a loss] was not an option.

ONE: Still, it looked super painful.

HM: It was quite painful. However, I knew I would be too embarrassed to face anyone if I went back to my home country empty-handed. So, I just stood by my guns.

Actually, [the kimura] was locked in. And yes, it did hurt. But I just didn’t want to tap out and lose. I thought, “I can’t give up and lose and go back to Japan since I have received so much support.” That’s why I didn’t tap out.

ONE: What was your first reaction when you heard that Alex Silva would be your opponent at ONE: FISTS OF FURY III?

HM: To be honest, I thought I might face him. He’s a difficult opponent to fight. After the previous bout, I commented that I wanted to compete against a higher-ranked athlete. At that time, I thought possibly I might fight against Silva.

ONE: Prior to accepting this fight, how familiar were you with Silva?

HM: I knew he was a former champion, and all the Japanese fighters [in ONE] have fought against him, so I had heard his name a lot.

And in February 2020, I had a chance to train at Evolve MMA. At that time, I took a class of Silva’s, and he was an incredibly nice guy.

It wasn’t as serious as sparring, but we practiced our ground skills. I didn’t understand a lot of English, but I was paired up with Silva, and he taught me directly. I thought he was amazing. I didn’t understand the language, but amazingly, he was still able to teach me techniques.

ONE: What is your overall impression of Silva, as a fighter?

HM: I think his ground skills are among the best in the world in the strawweight division. I’m very wary of that. He is known for his ground game, but he also has striking skills to be one of the top athletes in ONE.

Rather than a specialized fighter, he is a balanced fighter who can do a lot of things. He has the power to win by a decision, too. 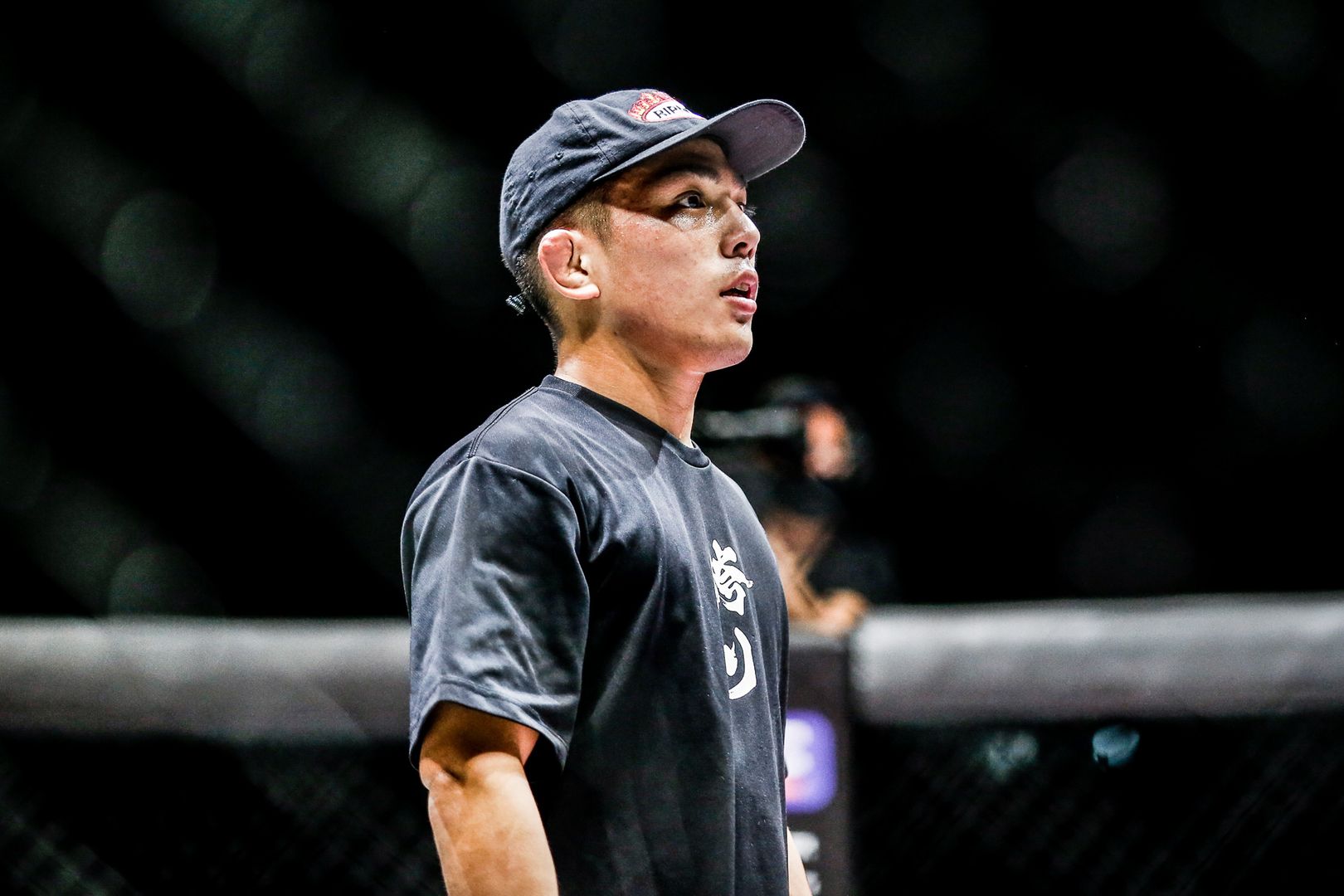 ONE: How do you beat an opponent like Silva?

HM: In my last bout, I tackled the opponent and put him on the ground, so I might try to outwit him with a move and take him to the ground. For example, I could pretend to attack him and then use my striking, or I might simply tackle him.

ONE: Are you working on any special training?

HM: I’m going through a lot of different preparations. His ground game is unique, so I am studying that. He is not weak in striking. Actually, his striking is strong too, so I’m trying to find his weaknesses. I’m always working on my strength, which is my takedown ability and my indomitable spirit. As for the training, I’m doing that as usual with balance at my gym, STF.

ONE: How would you like this fight to end?