Shooto Champion Hiroba Minowa immediately marked himself out as a major threat in ONE Championship’s strawweight mixed martial arts division with a wrestling-heavy victory over the #5-ranked contender, Lito “Thunder Kid” Adiwang, on Friday, 13 November.

The rising Japanese star battled his way out of some tight spots to get the split decision nod at ONE: INSIDE THE MATRIX III, a previously recorded event from the Singapore Indoor Stadium. 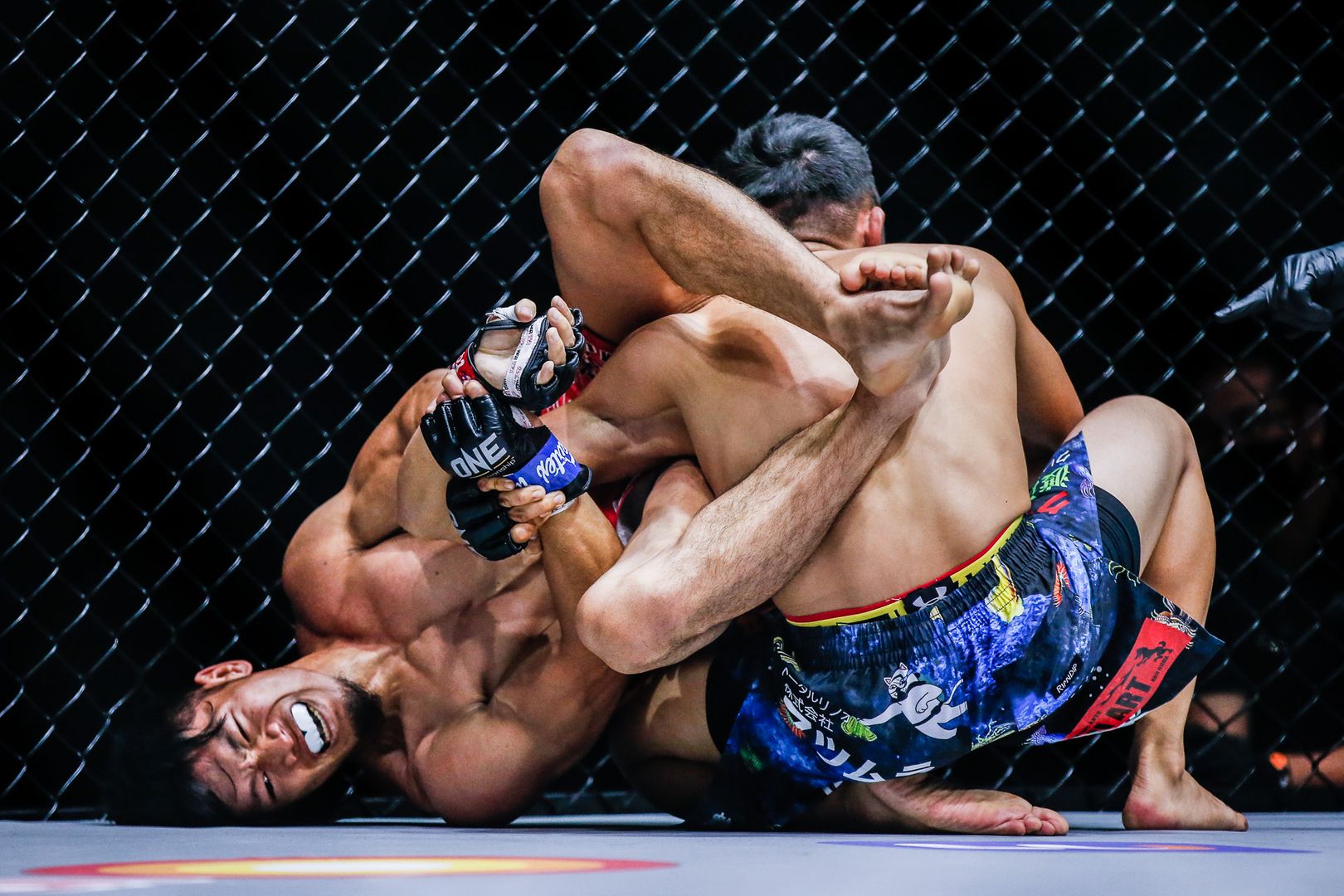 Adiwang launched the first attack of the opening frame in typical ferocious fashion, as he clubbed his Japanese rival with a hard cross-hook-cross combination. Minowa responded with a takedown, but he was not out of danger on the ground.

“Thunder Kid” quickly cinched up a figure-four grip and looked for his second consecutive kimura victory. He wrenched Minowa’s arm at a wince-inducing angle, but just when it looked like the fight might be over, the Saitama native managed to roll out and escape to top position, where he spent the rest of the stanza until a late armbar attempt from the Filipino.

After the first-round scare, Minowa used his footwork to stay out of “Thunder Kid’s” firing line early in the second. He bided his time and then capitalized on a missed spinning back kick to rush the Team Lakay product to the mat. 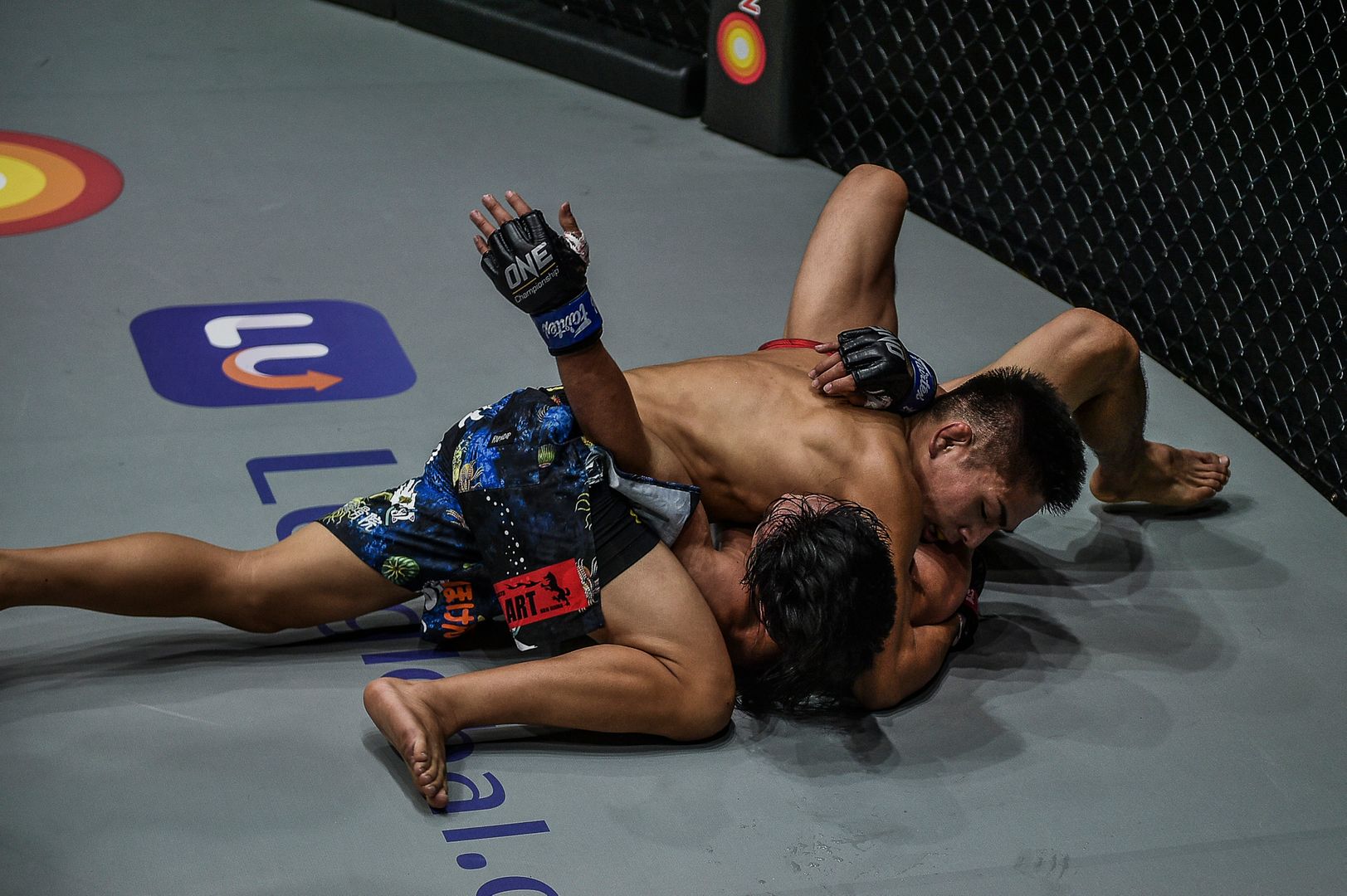 Adiwang tried to set up his kimura again on the canvas, but the STF representative was wise to it, defended the attempts, and passed guard to take a dominant position. He maintained top control for the rest of the round and landed punches, elbows, and knees to the head despite the Filipino’s relentless efforts to escape.

Minowa wisely maintained his distance again in the opening stages of the final stanza – but then changed gears in an instant with a lightning-fast double-leg takedown to plant his rival’s back on the mat.

This time, there was no successful counterfire from the Filipino, as Minowa smothered him with pressure, punches, and elbows. The Japanese prodigy refused to offer “Thunder Kid” an escape route and attacked with his strikes until the final bell. 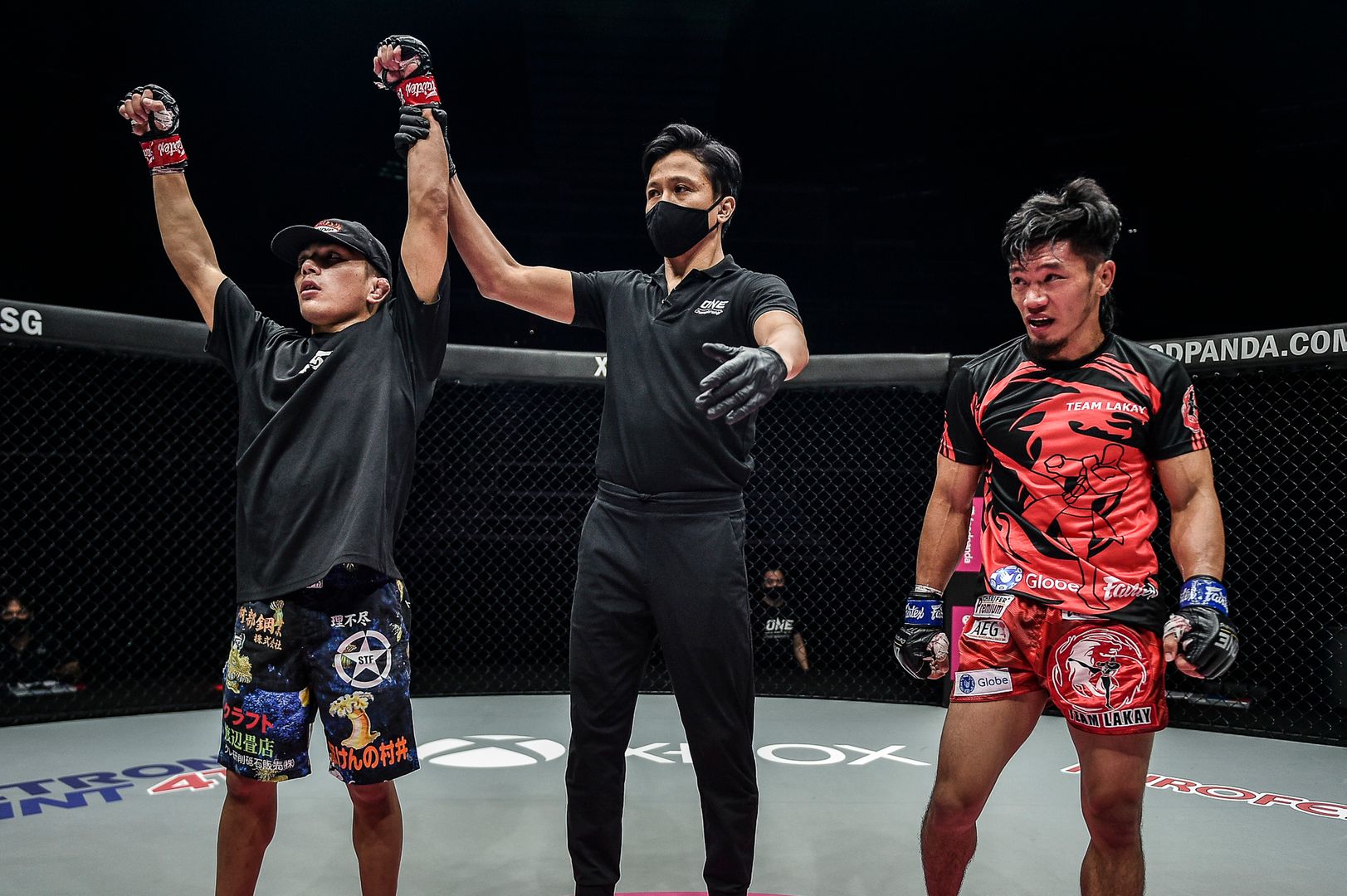 Minowa’s relentless top game convinced two of the judges to award him the split decision victory, and a likely spot in ONE’s Athlete Rankings after taking out the strawweight division’s #5 contender.

The Japanese star is now 12-2 at just 21 years old, and the future looks bright for the grappling ace in The Home Of Martial Arts.