Colbey Northcutt had a lot to prove in her ONE Championship debut.

The 26-year-old American, who is the older sister of fellow ONE athlete “Super” Sage Northcutt, had not competed in mixed martial arts since June 2017.

Following her marriage, she relocated from her home in Texas to sunny California, where she began working with a new team of coaches and training partners.

Then, in late November, she made her long-awaited return to competition and showed just how valuable that time away from the sport really was.

Northcutt squared off against Putri “Ami” Padmi at ONE: EDGE OF GREATNESS in Singapore, and, with her enhanced skills, dominated her Indonesian rival en route to a unanimous decision victory.

“It couldn’t have gone any better than it did,” the 36-time karate World Champion says.

“Obviously, I would’ve loved to have gotten the finish, but that was the first time I had ever gone the full 15 minutes. And, after two and a half years off, I felt fantastic. It could not have gone any better, and I feel great. I’m very happy about my performance.”

The American nearly finished her rival multiple times — especially in the first round.

She overwhelmed the Indonesian flyweight with strikes in the opening stanza, and she also put “Ami” in several armbars and what appeared to be a deep triangle choke. But Padmi hung tough and made it to the final bell. 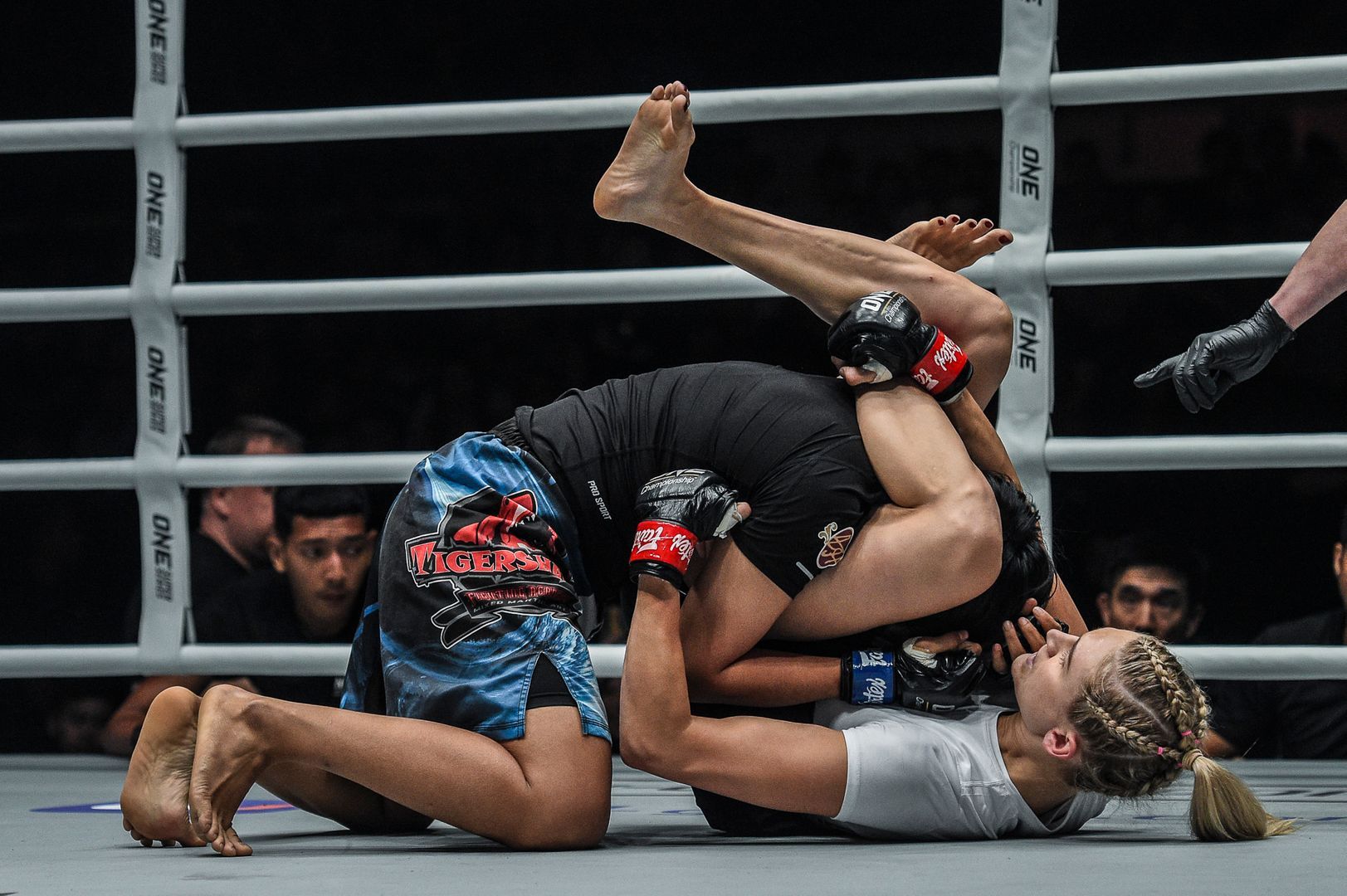 “I knew she was going to be tough, but I was cracking her hard. I was hitting her really hard and she was taking some shots,” Northcutt says.

“That was a pretty tight triangle I had on her. I had her arm extended, and she was really tough. She had a lot of heart and did not want to give up. She surprised me with that aspect, but everything else panned out the way I had planned.”

While the Texan was thrilled with both the victory and her performance that night inside the Singapore Indoor Stadium, she is motivated to unlock even more of her vast potential.

Northcutt has plenty more tools in her arsenal that she didn’t get to showcase in “The Lion City,” but as she re-adjusts to competition, she intends to unveil the full range of her skills.

“Everybody got to see my striking, but they also got to see some of my ground game. I got to show my skill set and that I’m well-rounded. I’m happy that I got to do that, but I know that I can do so much more,” she offers.

“I know I’m only going to get better, but it was nice to get that one done and shake off the ring rust. It was nice to get back in there after a long layoff and soon, I’ll get ready for the next one.”

Best team in the world! ????#TreigningLab ???? Just landed back in Cali and am happy to be home! Thanks for all the continued love and support this weekend. I love my job! #ONEChampionship @onechampionship #WeAreONE #Northcutt #lornajane #lornajaneactive

After the holiday season, Northcutt will return to training camp with an eye towards a bout in March or April. In addition to that, she hopes to spend more time in the Circle.

“I would love to fight at least three times next year,” she states. “I want to be active next year, that’s the goal. That would be ideal for me.”

She would love to perform on the same card as her younger sibling and become the latest brother-sister duo to feature on the same event in The Home Of Martial Arts.

“ONE Championship has Angela and Christian Lee, and they are brother and sister. We’re the second brother-sister duo in the league,” she explains. “I think to be able to fight alongside Sage would be a dream come true for both of us.”