You will not want to miss the return of Adrian “The Hunter” Pang at ONE: WARRIORS OF LIGHT, because he is a man you can guarantee will always go on the attack.

At 41 years old, the Australian is one of the elder statesmen in ONE Championship’s lightweight division, but he competes with the energy and aggression of a man half his age.

When he takes on Kazuki Tokudome next Friday, 10 May at the Impact Arena in Bangkok, Thailand, you can expect him to push the pace and make his Japanese opponent respect his experience.

Adrian "The Hunter" Pang picks up the win via TKO after the end of Round 1!

Adrian " Hunter " Pang picks up the win via TKO after the end of Round 1!Watch the full event LIVE & FREE on the ONE Super App ????http://bit.ly/ONESuperApp | TV: Check local listings for global broadcast

“You have to be wary of an old man in a sport when men die young,” says Pang.

“I am looking forward to testing Tokudome. I don’t talk with my mouth, but I do talk with my hands, and people know that.”

The former Legend Lightweight Champion earned a TKO win over Kota Shimoishi at ONE: HEART OF THE LION in Singapore in November thanks to his relentless pursuit of offense, even when he was fending off a submission attack. After just one round of action, Pang’s opponent could not get off his stool.

That was a welcome return to the winner’s circle after some closely-contested decisions that did not go his way.

Pang has consistently faced, and gone the distance with, his division’s leading athletes – including former ONE World Champions Eduard “Landslide” Folayang and Honorio “The Rock” Banario – and engaged in thrilling battles with each of them, but he felt he was not always on the right side of the decision.

“It was really good to get that win over Shimoishi in my last ONE Championship bout,” he states.

“I came up short in my past four bouts. They were close, but I strongly believe I won two of those against Banario and [Roger] Huerta, and I’m sure they and their teams believe that too.

“It’s hard when you are fighting the best guys and not getting the same opportunities as the young guys do to stay on top, but I feel great, and I’m looking forward to fighting Tokudome.”

On 10 May, lightweight powerhouse Adrian Pang is BACK to take on Japanese warrior Kazuki Tokudome! ????

On 10 May, lightweight powerhouse Adrian " Hunter " Pang is BACK to take on Japanese warrior Kazuki Tokudome! ????Bangkok | 10 May | 6:30PM | Watch on the ONE Super App: http://bit.ly/ONESuperApp | TV: Check local listings for global broadcast | Tickets: http://bit.ly/onewarriors19

“The Hunter” has never lacked the will to win and he is guaranteed to go after his rivals at every opportunity. Now, with a victory in hand, he is keen to extend his streak and keep his momentum rolling.

Tokudome is also experienced against elite-level opposition. The 32-year-old is a former Pancrase World Lightweight Champion with knockout power in his hands, so the Integrated MMA athlete expects a strong response when they meet in Bangkok.

“He’s a very experienced opponent, he’s very tough, and he has a lot of skill,” offers Pang.

“He is a southpaw, which is fine as I have fought a lot of southpaws, and he is tall. I have no problems with that either as Shimoishi is the only guy I have ever fought who was shorter than me.

“We were on the same card in Singapore. He fought Christian Lee, who is a powerhouse that has got bags of energy and overwhelmed him, but I don’t look into that too much. I focus on the things I can do.”

Tokudome’s nine stoppages via strikes show he has the capability to win a kickboxing battle, but Pang is one of the most durable athletes in all of mixed martial arts, and he is willing to go toe-to-toe to thrill the crowd in the striking capital of the world.

“The Hunter” also has the firepower in his fists to upset the equilibrium of any man, so if Tokudome engages on his terms, the rock-solid Brisbane man knows he can score a second consecutive stoppage win. 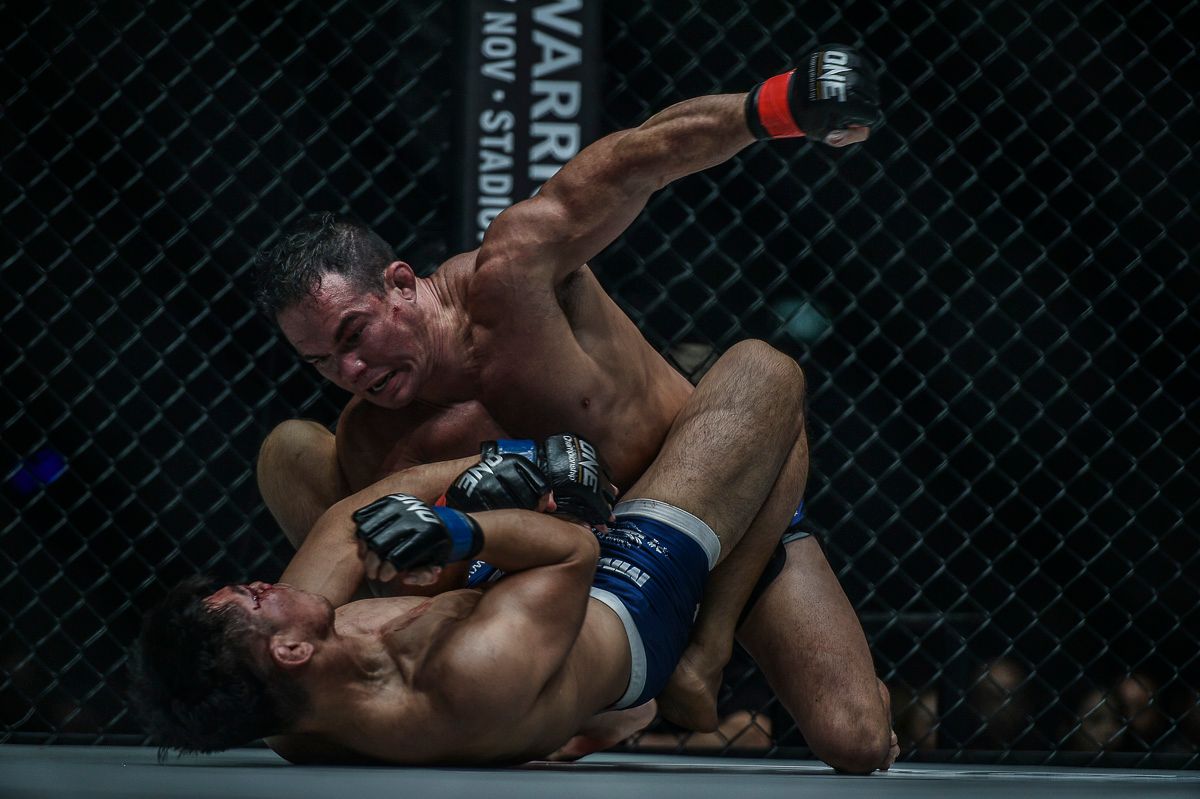 “My opponents know I am coming to fight, so they are either going to fight against me, or they are going to start running around,” he says.

“ONE Championship doesn’t normally reward people for that – that’s the beauty of our sport – so I hope he tries to fight me. I believe I have the durability more than these other guys do, and I can take the punishment, so I want to test him, and test his chin.

“I do believe I’ll knock him out if he stands in the pocket with me.”