ONE Championship is officially bringing sports back to live fans in “The Lion City.”

Next Friday, 30 October, ONE: INSIDE THE MATRIX will be the first sporting event held in Singapore with a live audience since the city-state moved into its second phase of COVID-19 reopening.

The Singapore government officially decided to let ONE Championship host live spectators at the blockbuster show after the promotion held its pilot closed-door event, ONE: REIGN OF DYNASTIES, at the Singapore Indoor Stadium earlier this month without a hitch.

At ONE: INSIDE THE MATRIX, ONE staff and the Singaporean government will take the necessary measures to ensure that all attendees are safe. As part of those measures, anyone who enters the arena must undergo an antigen rapid test.

The test is being piloted at this blockbuster show, which will serve as a measuring stick for testing at future sporting events in “The Lion City.”

With that said, only 250 in-person tickets will be sold for ONE: INSIDE THE MATRIX on 30 October at the Singapore Indoor Stadium.

Each ticket is $148 SGD and comes with a safe seating plan and more than $60 SGD worth of ONE-branded merchandise. Five lucky ticket holders will also win JBL Reflect Flow True Wireless Sports Earphones worth over $230 SGD each.

Tickets can be purchased through TicketMaster.sg beginning on Friday, 23 October.

Read more: Singapore To Host ONE: INSIDE THE MATRIX, Full Card Revealed 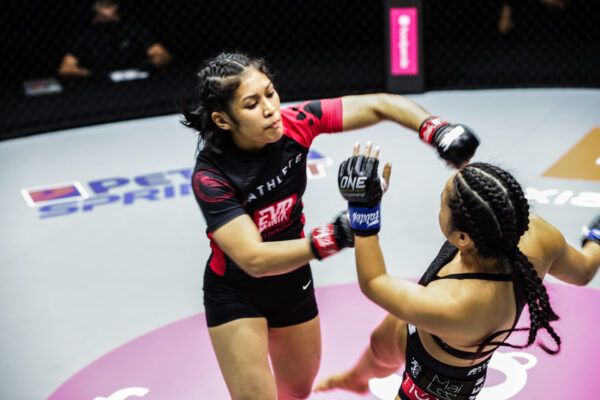