Tonight, ONE Championship returns to Manila, Philippines with the biggest even of the month.

ONE: REIGN OF KINGS broadcasts live from the Mall Of Asia Arena, and the 11-bout card looks set to thrill the masses from beginning to end.

In the main event, Martin “The Situ-Asian” Nguyen will face Kevin “The Silencer” Belingon for the ONE Interim Bantamweight World Championship.

Also, the card will see the return of Shinya Aoki, Eduard Folayang, and Garry Tonon. To make the night even more special, the legendary Renzo Gracie will make his return to mixed martial arts competition.

For up-to-the-minute results, check below.

Lightweight
Shinya “Tobikan Judan” Aoki defeats Shannon “OneShin” Wiratchai via TKO at 2:16 of round one

Lightweight
Garry “The Lion Killer” Tonon defeats Rahul “The Kerala Krusher” Raju via submission at 3:27 of round three

Strawweight
Joshua “The Passion” Pacio defeats Pongsiri “The Smiling Assassin” Mitsatit via submission at 3:37 of round one

Featherweight
“The Stalker” Xie Bin defeats Sor Sey via submission at 1:55 of round one 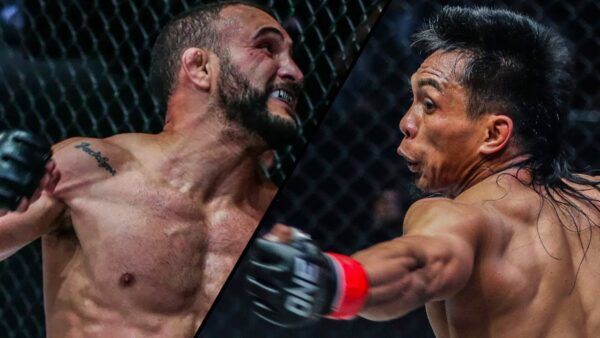