If you’re new to combat sports and are wondering what the differences are between Muay Thai and western boxing, you’re not alone.

On the surface, athletes in the two sports look similar. That is, they both wear boxing shorts, gloves, mouthpieces, and groin protectors. Moreover, boxers and Muay Thai fighters don’t train under a ranking system like other martial arts.

The sports may share a few common features in real life situations, but there is a lot more to them than what you see on the surface. Here are some of the biggest differences between the two fighting styles. 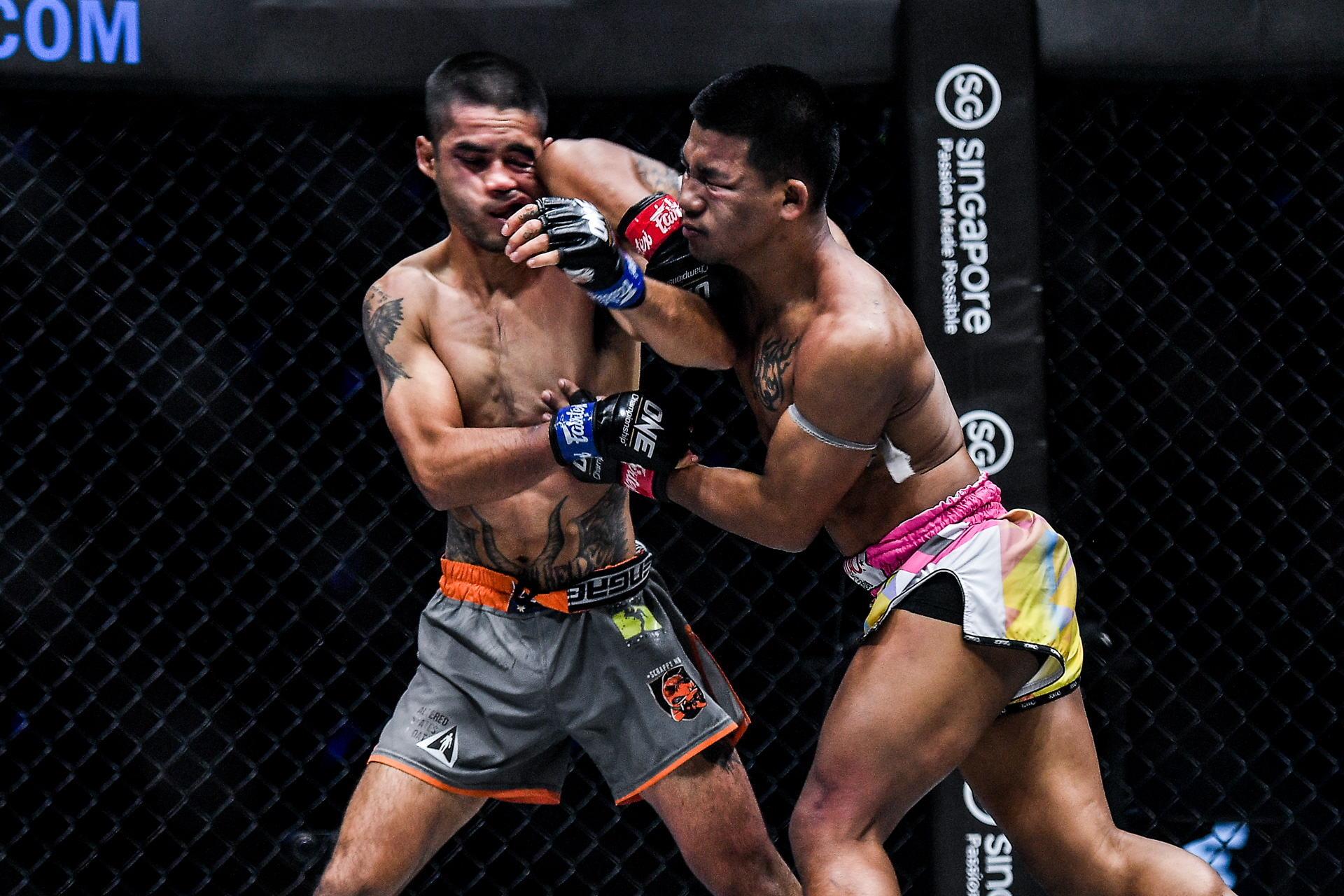 The first difference between Muay Thai and boxing is the number of weapons that fighters in each discipline can use.

In Muay Thai, fighters like ONE Flyweight Muay Thai World Champion Rodtang “The Iron Man” Jitmuangnon have more choices when it comes to attacking. They can punch, kick, knee, elbow, and throw and sweep from within the clinch, which is why many fans call the sport the king of striking arts. Furthermore, when fighters clinch in Muay Thai, they are allowed to attack from within until the referee separates them.

In boxing, however, fighters can only use punches to attack, either from the outside or on the inside. What’s more, when boxers clinch up, the referee will separate them rather quickly – but usually not before some dirty boxing takes place. 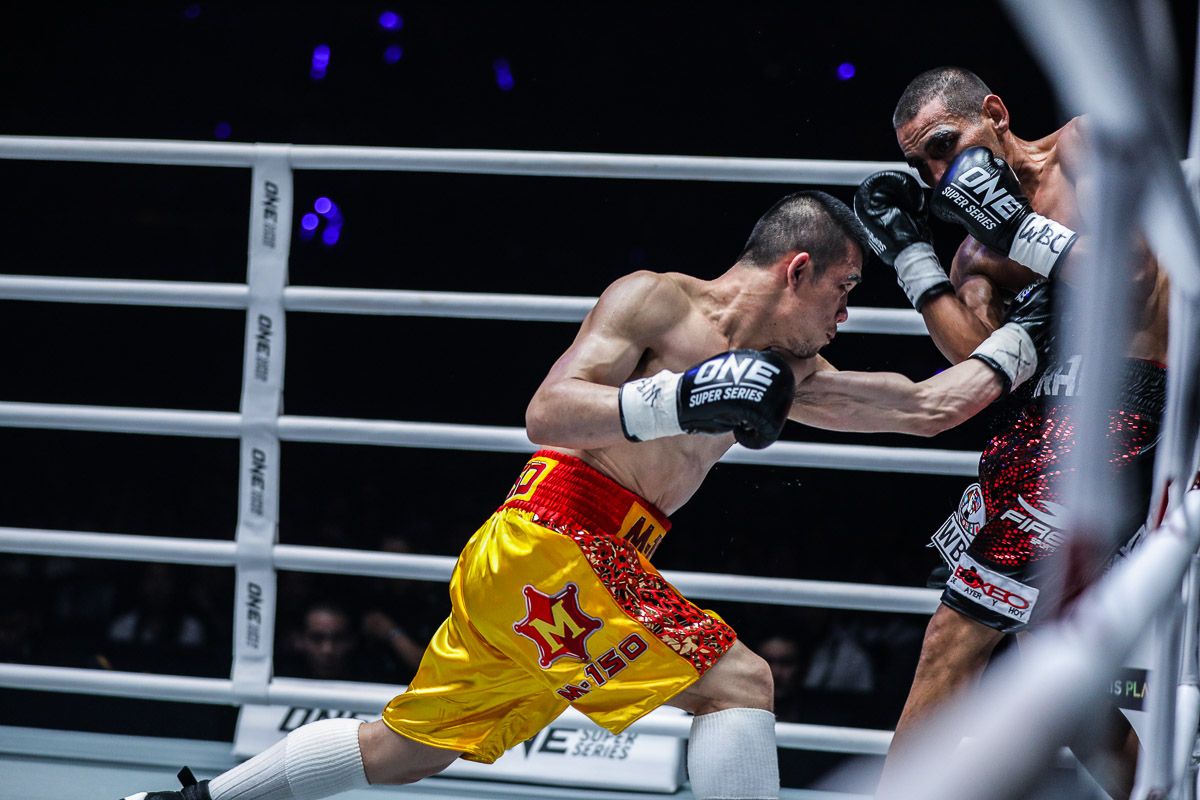 Boxing still produces the best punchers in the world – it would be hard to refute that as practitioners of “the sweet science” spend every training session sharpening just one weapon: their punches.

Next to a solid strength and conditioning program, repetition is why boxers have some of the cleanest punching techniques in all of combat sports. They’ve truly found the most powerful ways to throw punches, evident when they turn their hips into hooks and pivot their rear foot when throwing straights or crosses.

Although Muay Thai does incorporate boxing into its art, the punching mechanics are often very different. Those subtle nuances mentioned above are not always found in Muay Thai because fighters follow up punches with kicks and other weapons.

But it doesn’t mean that punching is easier to learn in Muay Thai. It’s just different. 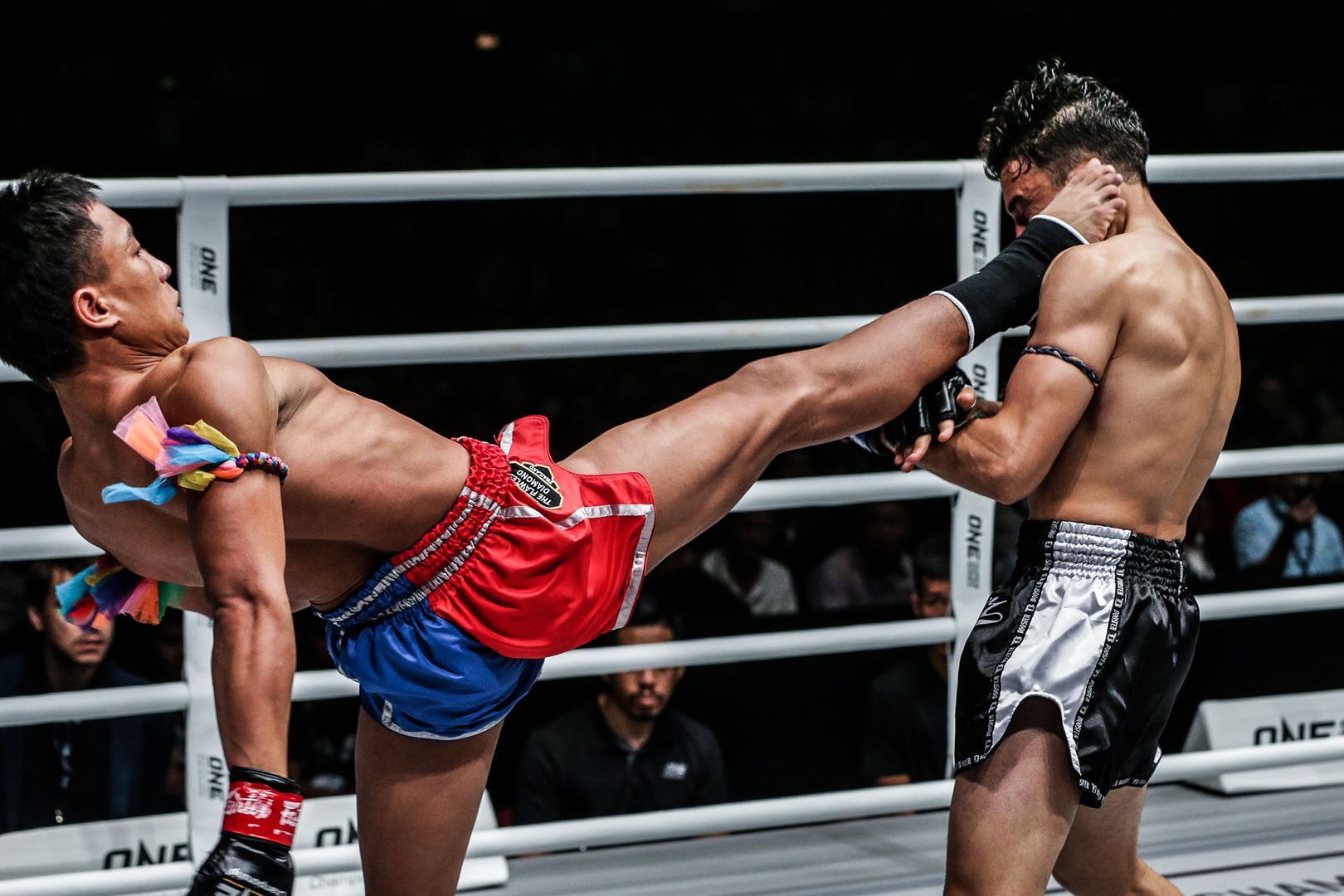 One of the most telling differences between a boxer and a Muay Thai fighter is the stance and footwork that each generally possesses.

In a boxing match, for the most part, boxers tend to stand slightly sideways to make themselves a smaller target. They also stay light on the balls of their feet, which lets them pivot, sidestep, and move in and out of range more quickly to attack and counter.

In Muay Thai, though, fighters stand with their hips more linear, which lets them attack with strikes other than punches – like kicks and knees. Also, Thai boxers are more flat-footed. Sometimes, they put weight on their back foot, like when they are planning to attack with a push kick like Mongkolpetch Petchyindee Academy or block a leg kick. Other times, they put weight on their front foot, like when they want to throw a rear roundhouse kick.

That said, rarely will you see a traditional Thai boxer bouncing around on their toes. They may do it during tire jumps at the gym, but not in the ring. 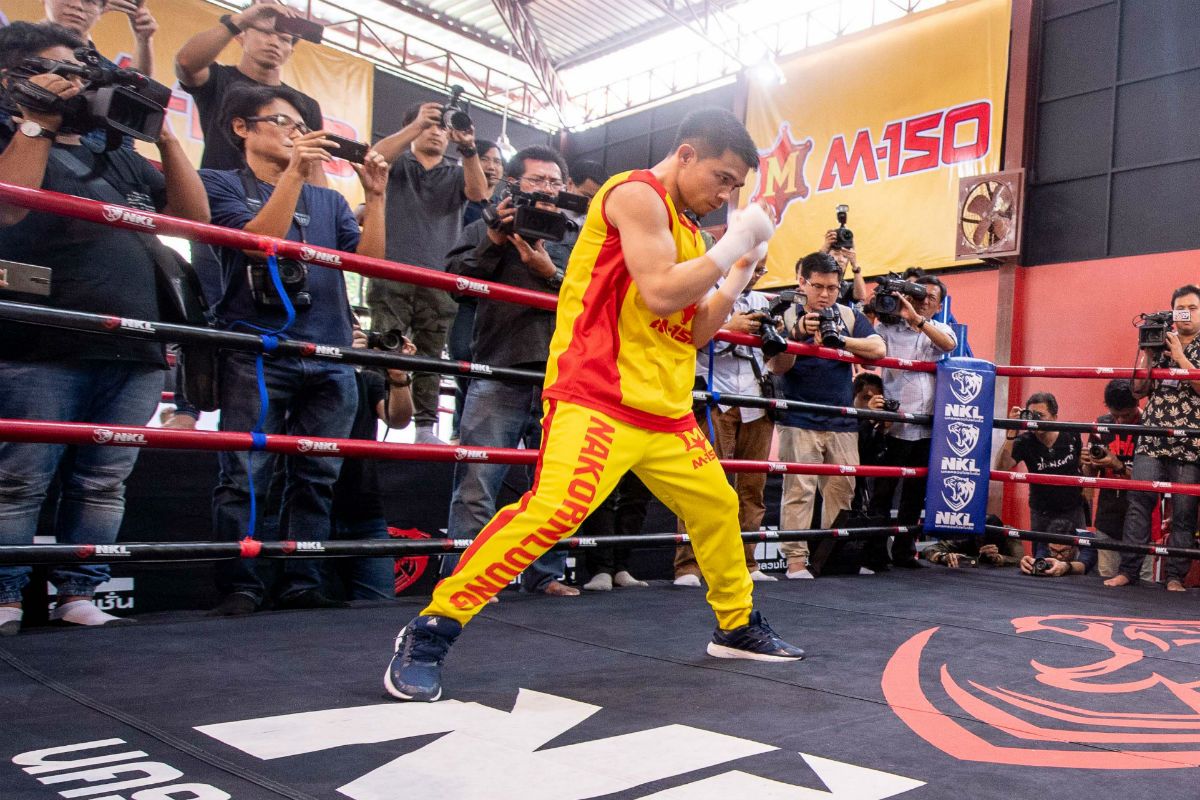 Because of the different weapons that both boxers and Muay Thai fighters have at their disposal, the rhythm of their attacks tends to vary.

The variances in attacks are obviously endless and take time to learn, but the phrase “punches in bunches” didn’t come from boxing by mistake. 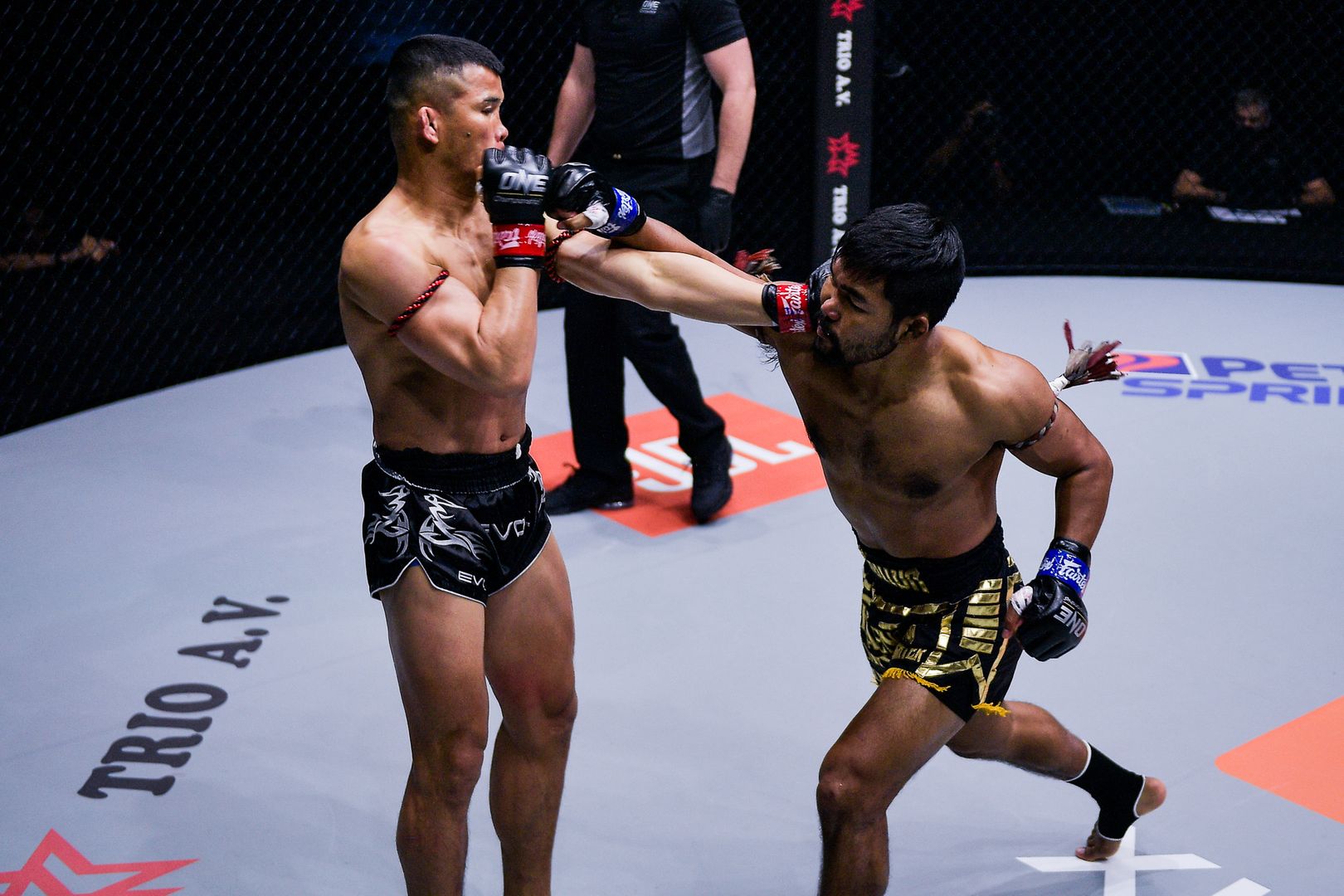 Lastly, head movement tends to be another big difference in western boxing and Muay Thai.

Boxers don’t have to worry about elbows, kicks, and knees, so they have a huge advantage in that they can freely move their head to evade punches, duck under punches, and slip punches.

In Muay Thai, though, too much head movement may be troubling. Ducking under a hook would leave someone open for a knee to the face. Slipping too much to one side may signal to the other fighter that they should throw a high kick.

However, that doesn’t mean a Muay Thai fighter will absorb whatever is thrown at their heads. They do move their heads, but their upper bodies usually follow when evading kicks. And if they evade punches, they move just enough so that the attack barely grazes them, which ONE Bantamweight Muay Thai World Champion Nong-O Gaiyanghadao does to perfection.