Yoshitaka “Nobita” Naito could not wait to wrap the ONE Strawweight World Championship belt around his waist again.

After he suffered his lone career blemish by losing the title to Brazil’s Alex “Little Rock” Silva in their first encounter last December, the Japanese grappler pondered where things fell apart.

On the evidence of his performanceat ONE: GRIT & GLORY, the 34-year-old appears to have figured it out.

Naito challenged Silva for the gold in a rematch in Jakarta, Indonesia, on 12 May. Over the course of five rounds, “Nobita” edged out the Brazilian via split decision to reclaim the ONE Strawweight World Title.

“It feels great,” the Matsudo, Japan resident says. “I must be dreaming. I am so happy!”

After learning some valuable lessons during his defeat to Silva five months ago, Naito made some necessary changes. He applied more pressure to “Little Rock,” and utilized a more aggressive grappling approach in their rematch.

However, after a closely-contested 25 minutes, he was unsure if he had done enough to win. “I had superiority over Alex in early rounds,” the Japanese martial artist begins.

“But after that, it did not turn out well, which made the bout very tough for me. I knew how strong he was, so I made adjustments from the beginning.

“I was able to show everything I have through the battle, but I was not 100 percent sure if I won until I heard the judges’ decision.”

It was a close call, but two out of three officials gave the Paraestra Matsudo product the nod, and he earned the split decision victory,

Now, having gone a total of 10 rounds with Silva, Naito is excited to see what the strawweight division has to offer when he returns to action later this year.

While he and Silva engaged in their pair of battles over the past five months, some leading contenders have emerged.

Among them is “Nobita’s” fellow countryman, Hayato Suzuki. He bounced back from a loss to Silva in January, as he submitted former world title challenger Yago Bryan via rear-naked choke in the first round. That improved his record to 18-1-2, which is among the best anywhere in the world.

After a little bit of downtime, Naito says he will be ready for the next world title challenger, whomever it may be. 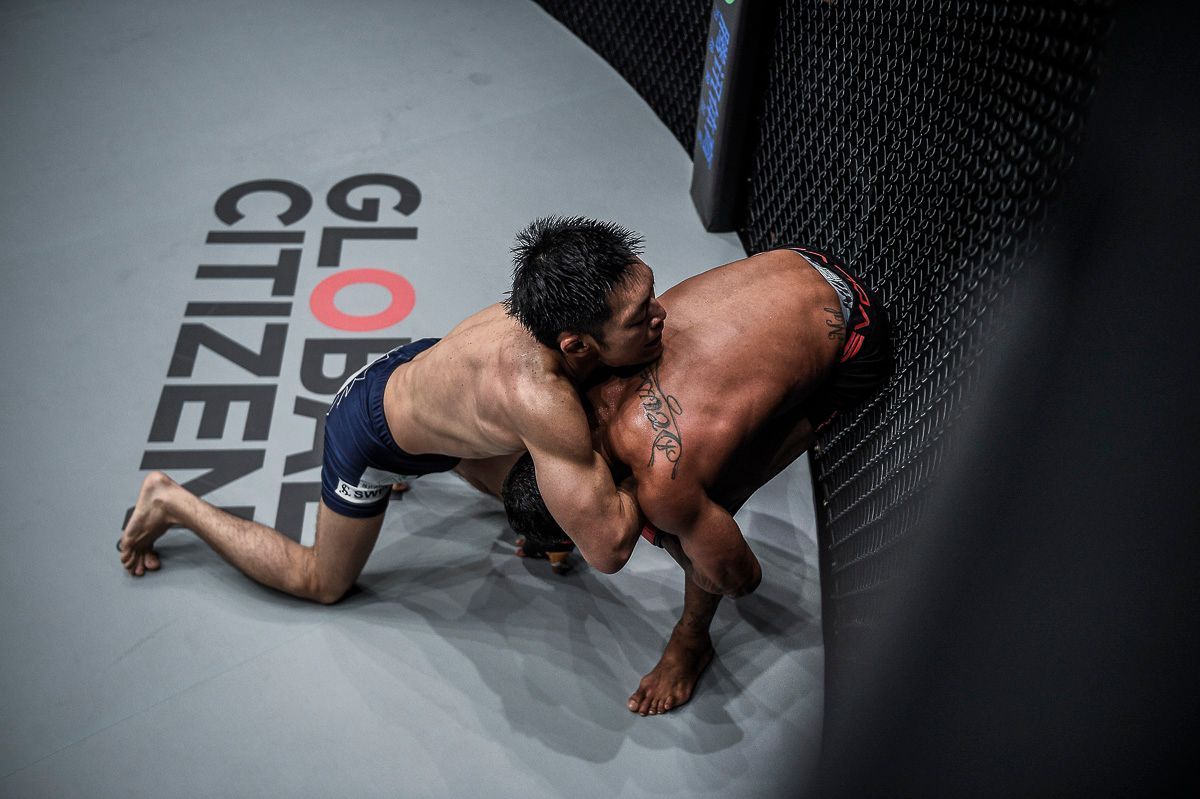 “Every bout from now on is important and a challenge for me, but for the past six months, I was always nervous and stressed. I would like to rest my body and soul for a while, recharge, and then get back to action,” he says.

“Hayato and Stefer are both tough opponents, so I feel the pressure — especially from Hayato. He is also Japanese and I have trained with him plenty of times, so I know how strong he is.

“Every athlete in this division is tough, and I have respect for all of them, so there is no specific athlete I want to face.” 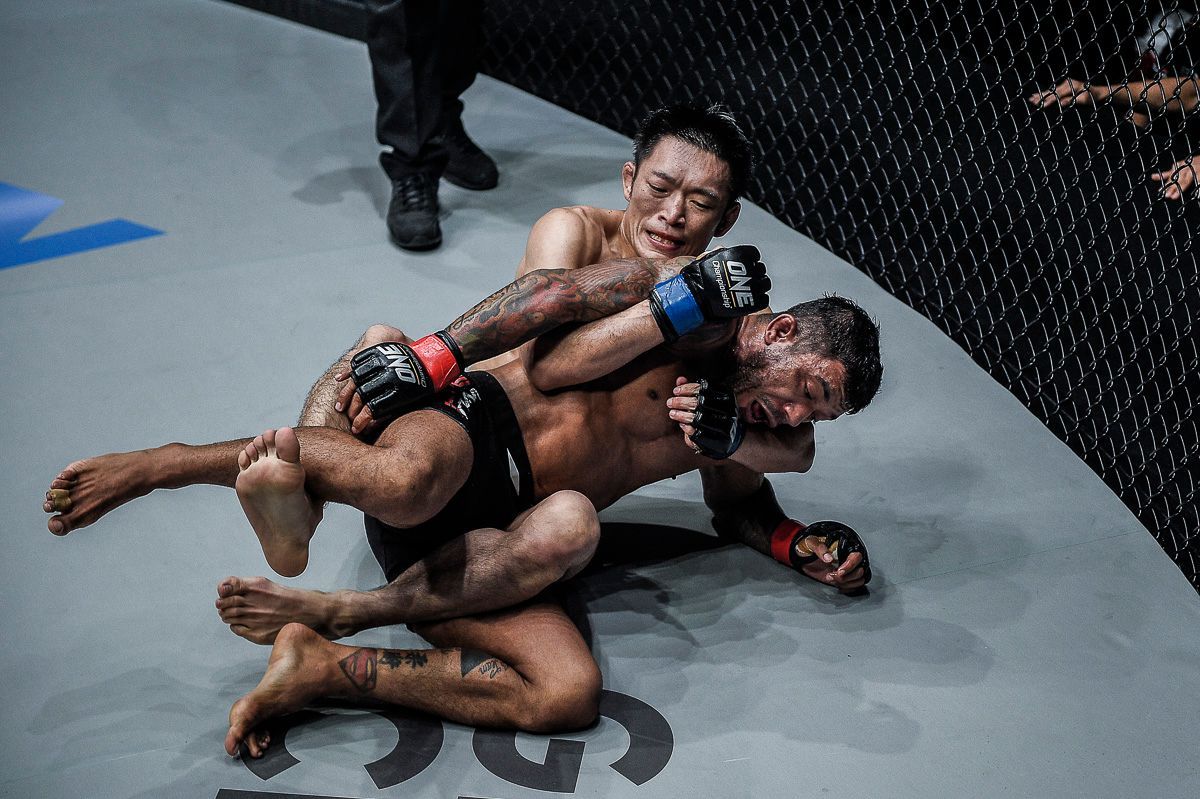 Also, he has not ruled out a rubber match with Silva.

Naito is grateful to have been granted a second chance to face “Little Rock,” and would be happy to give him the chance to redeem himself too, and complete the trilogy with the Brazilian when the time is right.

“I am thankful to have had the rematch against the opponent I lost to, and I was able to win. It was a great process and opportunity to re-examine myself,” he says.

“Now it is even between Alex and me, so I would love to face him again. Until then, I will try my best to stay champion.” 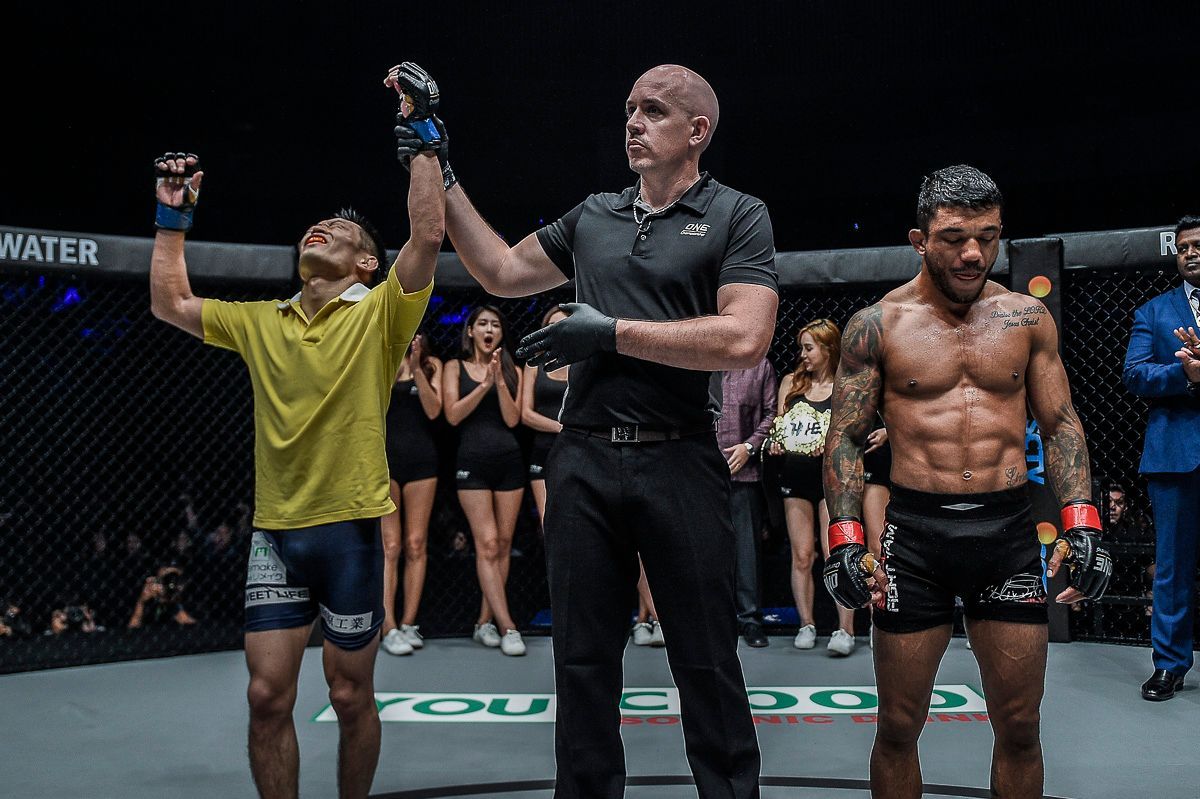 For now, defending the strawweight belt is the champion’s primary concern. Unlike other ONE World Champions like Martin Nguyen and Aung La N Sang, he had no desire to step up and chase the honor of becoming a two-division titleholder yet.

The Japanese grappler is more focused on becoming his weight class’ most dominant champion. Only then would he consider moving up a weight class and challenging for another world title.

Even then, he recognizes it would not be a challenge to be taken lightly.

“I will try my best in each bout so I can defend my belt,” he says. “There are strong martial artists – like monsters – in other divisions, so I wish to become stronger to challenge them.”