The ability to inspire is perhaps the greatest gift to receive as a martial artist.

When “The Panda” Xiong Jing Nan meets Tiffany “No Chill” Teo in the main event of ONE: KINGS OF COURAGE on 20 January, the 30-year-old Beijing, China native will compete for the inaugural ONE Women’s Strawweight World Championship.

A victory would not only crown Xiong as ONE’s first women’s strawweight titleholder, but also put her in a position to inspire vast millions as a role model. Here are four reasons “The Panda” could be China’s next global star.

#1 She Is On The Brink Of Making History

For every serious martial artist, becoming world champion is the pinnacle of their career, a dream that everyone strives to realize.

In Jakarta, Indonesia, Xiong Jing Nan finds herself at the top of her game, and vying for the coveted gold belt that represents all the hard work she has put in since discovering martial arts as a child.

If she achieves that feat, she would also become China’s first-ever world champion in the cage. With a population of over one billion people, China is ready to rally behind such an icon should Xiong emerge victorious.

The task will not be easy, however. Standing across the cage from “The Panda” is Singapore’s Tiffany Teo, who represents her toughest challenge yet

If she is successful, Xiong will undoubtedly rise to megastar status in China, where adulation is showered upon those who honor the country with triumph and global recognition.

#2 Her Dynamic And Exciting Skill Set

Xiong was free-spirited as a child who often got into trouble, and ran around the streets of the Shandong Province growing up.

Guided by her father, Xiong learned discipline and responsibility, and discovered the beauty of martial arts. She picked up boxing at an early age, and went on to become a professional boxer. But she did not stop there.

After a while, Xiong took up the art of grappling, mixing her striking skills with wrestling and Brazilian jiu-jitsu. Just last year, she captured the China Open BJJ Championship, proving to be a complete martial artist with unlimited potential.

Last December, she made her ONE Championship debut against the Philippines’ April Osenio at ONE: WARRIORS OF THE WORLD. She needed less than a single round to finish her opponent, notching a technical knockout victory with a fearsome display of power.

Equipped with a penchant for scoring highlight-reel stoppages, both through her powerful strikes and her robust submission game, Xiong is ready to take the martial arts world by storm.

After a stunning debut, she now has a chance to become China’s first ONE World Champion.

Perhaps even more important than her world-class combat skills, Xiong’s strong values make her a perfect candidate to represent China on the global stage.

The traditional cultural values of China are harmony, benevolence, righteousness, courtesy, wisdom, honesty, loyalty, and filial piety. They are all attributes that Xiong embodies as a martial artist.

Every day, she remembers the teachings of her father, whom she idolizes as her hero and inspiration. Through hard work and determination, the Beijing sensation has built herself from the ground up, slowly working her way up to the top.

She has carried herself with the utmost integrity, and always makes sure to stand up for anyone she sees in distress. In fact, she models herself after the heroes that people read about in Chinese martial arts novels.

#4 She Loves Being A Role Model

Martial arts is about standing up for more than just yourself.

Posted by ONE Championship on Monday, January 1, 2018

The privilege every martial artist is instilled with is the responsibility of inspiring the youth. Xiong loves working with children, teaching them on a daily basis, and encouraging them to reach for their dreams.

When Xiong was younger, she too looked up to many sports figures for inspiration. As she got older, she slowly took up that role, and now she relishes it. “The Panda” loves the harmonious effect of helping children, because it influences them to help others as well.

Also, being a woman, Xiong has the power to inspire countless young girls to be the best that they can be, regardless of the field. She believes in the ability of women to be just as strong as anyone else.

Most of all, she strives to make her parents, the Chinese people, and her many fans proud. She aspires to showcase the potential of Chinese martial arts on the world stage, and is determined to bring home a victory, and the world title belt, on 20 January. 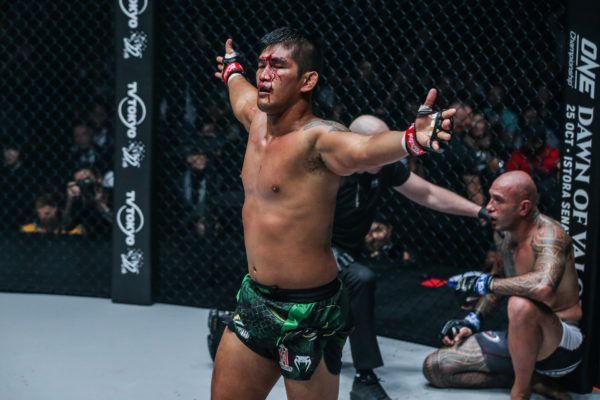 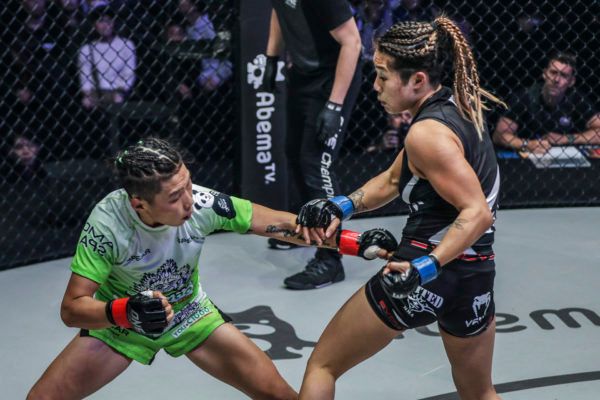