Why Ryuto Sawada Was Destined To Shine On The Global Stage 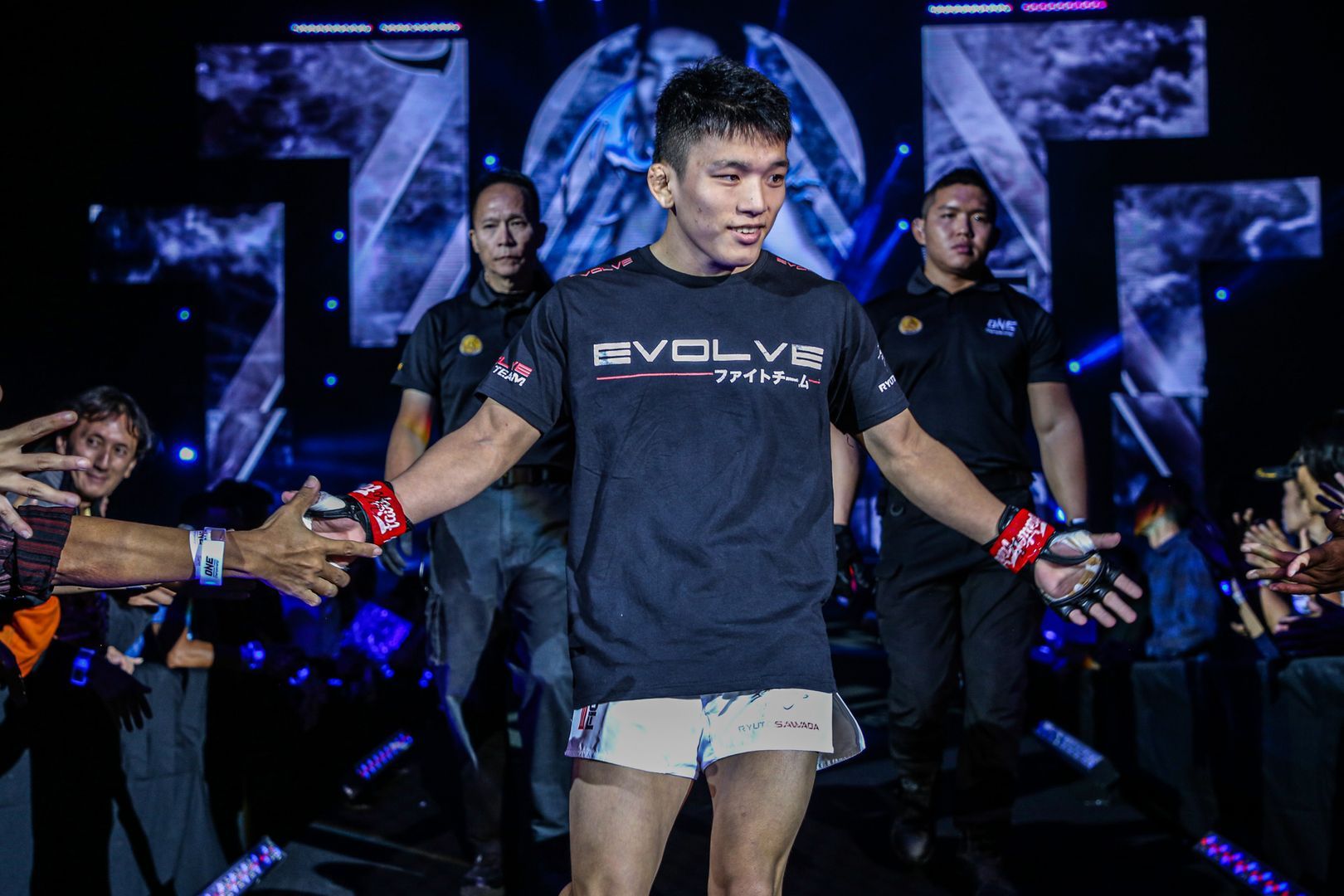 Ryuto “Dragon Boy” Sawada knew his life would be devoted to martial arts from an early age, even if that meant he would stray from the path that was expected from him.

The Japanese submission specialist ended his education and became a full-time mixed martial artist straight after high school. Though most of his peers went off to college, his decision paid off, and the 24-year-old is now one of the most promising new additions to ONE Championship’s strawweight division.

Ahead of his next match against Bokang “Little Giant” Masunyane at ONE: MARK OF GREATNESS, the Evolve representative reveals how he was inspired to follow his passion as a child, and how he has reached the ultimate proving ground for skills.

Inspired By A Legend

Sawada grew up the middle child of three in the Meguro area of Tokyo in a close-knit family with his parents, an older brother, and a younger sister.

“Dragon Boy” started wrestling at the age of 4, and his enthusiasm for martial arts grew after his father took him to watch Japanese mixed martial arts legend Kazushi Sakuraba face Royce Gracie in Pride.

Sakuraba is a pioneer and legend of his sport known as the “IQ Wrestler” for his ability to defeat much larger opponents with technique over strength, and at just 156cm tall, Sawada still models himself on his hero.

“I’ve always looked up to him, and even now I want to be a fighter like him,” he says.

“He was the smaller guy taking on the bigger guys, and he really got the crowd excited. I’ve always been attracted to that style of fighting – taking a submission win and raising the roof.”

As fate would have it, his initiation into martial arts came at Takada Dojo, which was famous for producing Sakuraba.

From his first days on the mats, Sawada had a mentality that would help him achieve rapid success.

“What I loved about wrestling was you can start off with nothing, and not be strong at all, and if you keep at it and don’t give up, you’ll get stronger and better,” he adds. 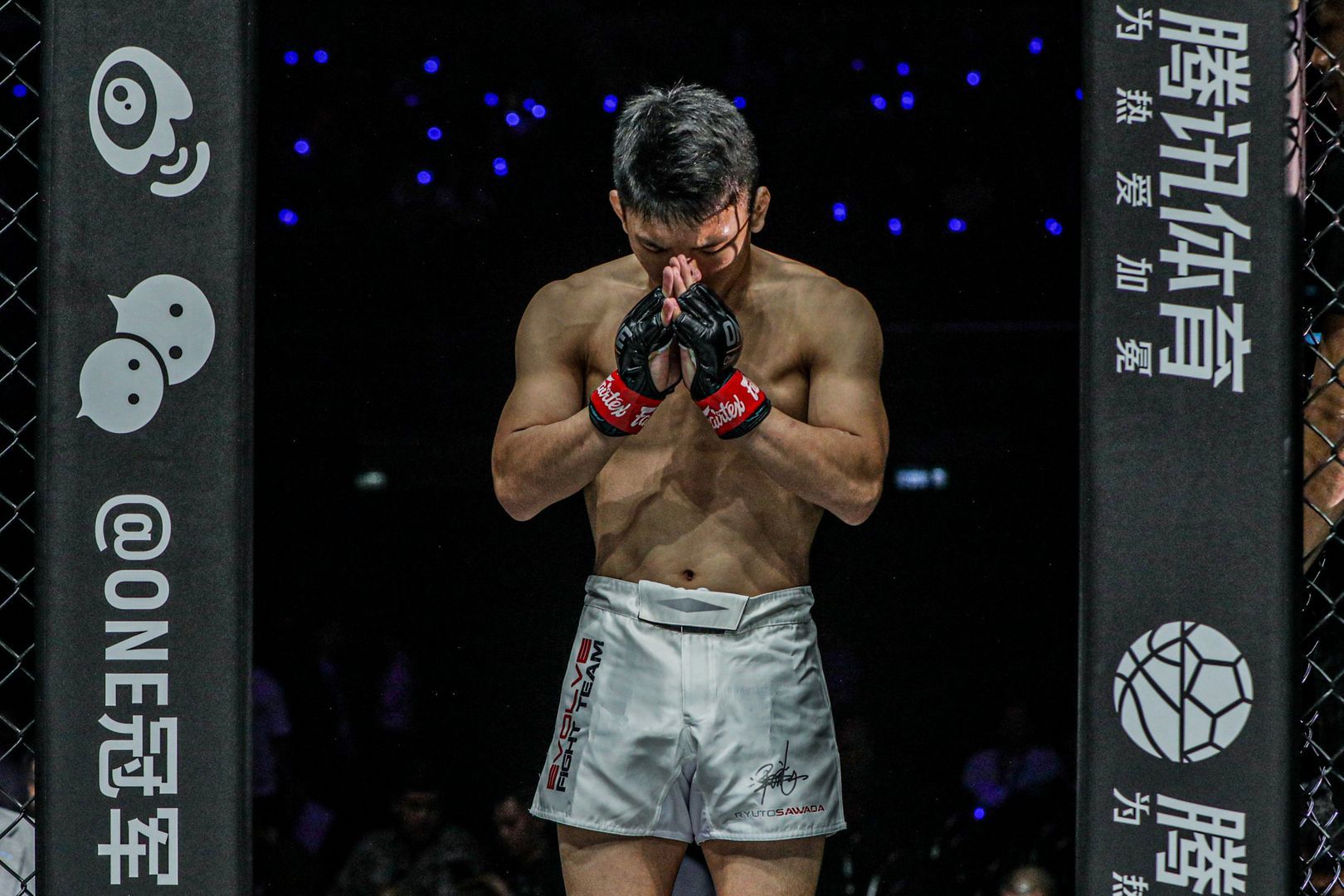 Sawada enjoyed school and playing with friends, but always looked forward to training after school – especially when he joined another renowned gym in his nation’s capital.

However, being a top athlete is not enough at AACC, and their coaching was centered around their athletes aspiring to be better people through honor and respect. Learning to greet people correctly was just as important as practicing submissions.

“They are both great coaches who have taught me a lot,” says the 24-year-old.

“They always strongly encouraged consistency in training, and to give my best at all times.”

He dreamed of a career in mixed martial arts, and that led him to break the Japanese cultural norm of continuing his education to pursue that.

“I was in the wrestling club for the first year of high school, and I realized that it was mixed martial arts that I really wanted to do. So, I quit school and went back to training at AACC.”

He admits he felt lost at times during this stage in his life, and wondered if he had made the right decision, but he was soon vindicated. 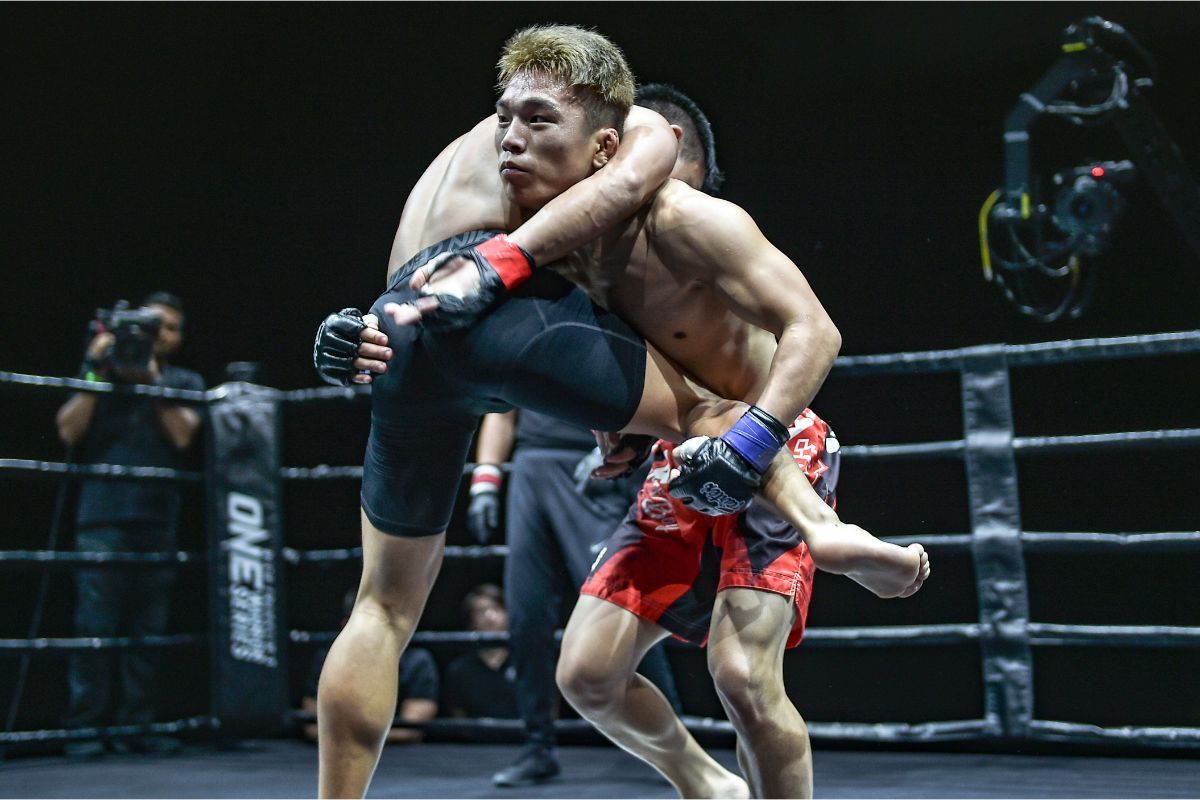 Under the elite coaching at AACC, he continued to sharpen his tools and earned a black belt in karate, as well as a purple belt in Brazilian Jiu-Jitsu.

That helped him to become a dangerous submission artist when he made his professional debut in 2013. With four finishes from five wins, he earned a shot at the Shooto World Title after two years, but he came up short when he challenged future ONE Strawweight World Champion Yoshitaka “Nobita” Naito.

“The hardest thing is overcoming a loss – how to keep motivated and be positive is always difficult,” he says.

“I got used to turning the frustration of a loss into hard training for the next match.”

Though he won his way back to the top, it was the same story when he faced another man who would go on to claim gold in The Home Of Martial Arts, Yosuke “The Ninja” Saruta.

However, Sawada dusted himself and went back to the drawing board just like before – determined to gain redemption against the men who defeated him. This time, there was an opportunity waiting around the corner that could take him to the next level.

Sawada was recruited to appear in Rich Franklin’s ONE Warrior Series last year, and two first-round submission victories were his springboard onto the main ONE roster.

Ahead of his debut in the world’s largest martial arts organization, “Dragon Boy” moved to Singapore in February to join Evolve, where he has stepped his career up a notch with its world-class team.

“I get a lot of support from my Evolve teammates and coaches – they’re doing everything to build me up,” he says.

“It feels like a solid team atmosphere. I’m always grateful to them.”

His hard work in “The Lion City” paid off when he pulled off a sensational, 69-second finish against Aziz “The Krauser” Calim in August on his first appearance inside the Circle.

Now he is riding a three-bout winning streak, and he is confident he can continue to rise up the ranks and go all the way in the strawweight division – and put on a show along the way.

“My fight style is always looking for the finish from the get-go. That style is what I want to show the fans and get them cheering,” he says.

“I want to keep winning one by one until I can challenge the ONE World Championship belt.”

Read more: Top 5 Submissions From The Stars Of ONE: MARK OF GREATNESS 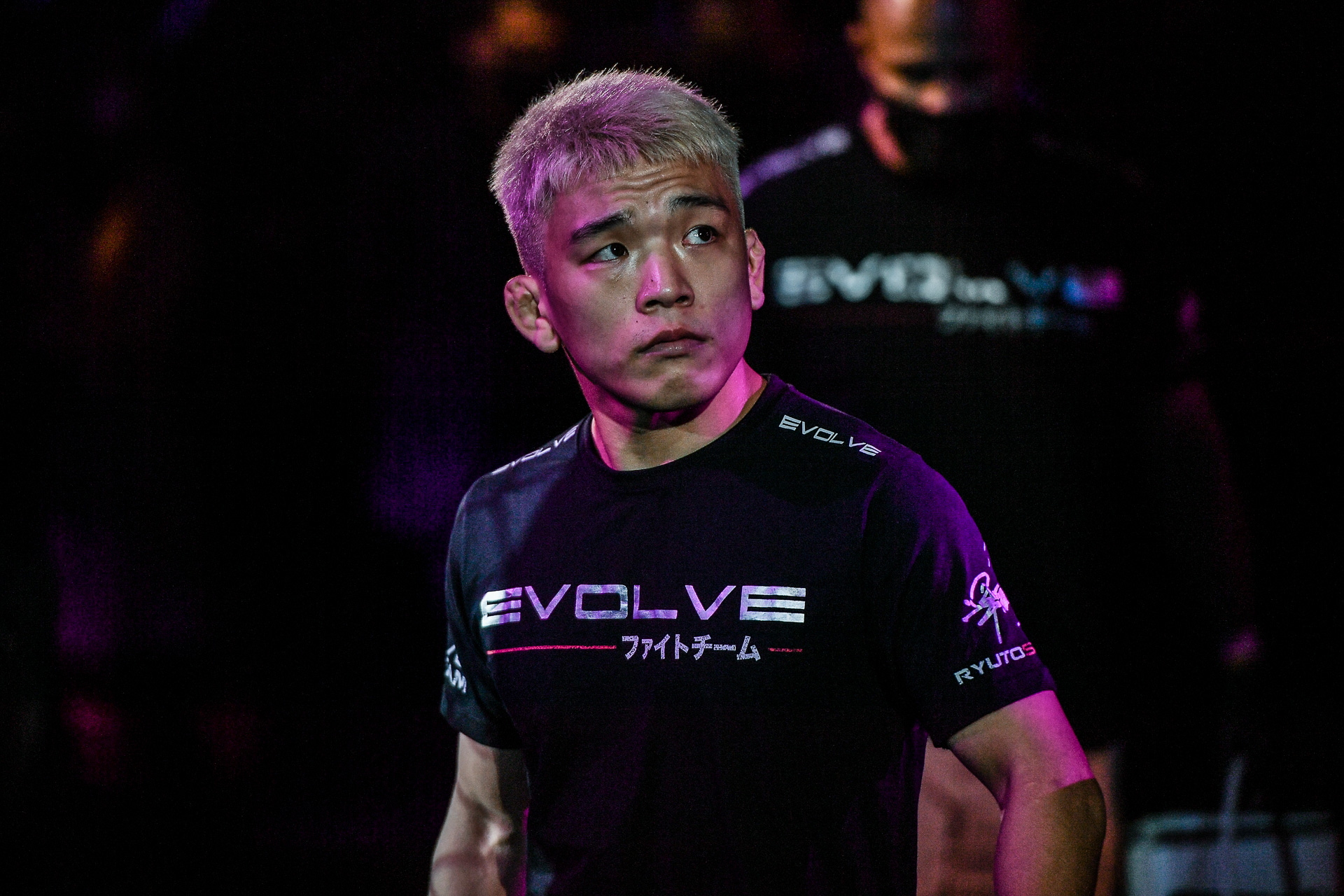 Sawada Looking To Bounce Back Against Balart At ONE: BATTLEGROUND 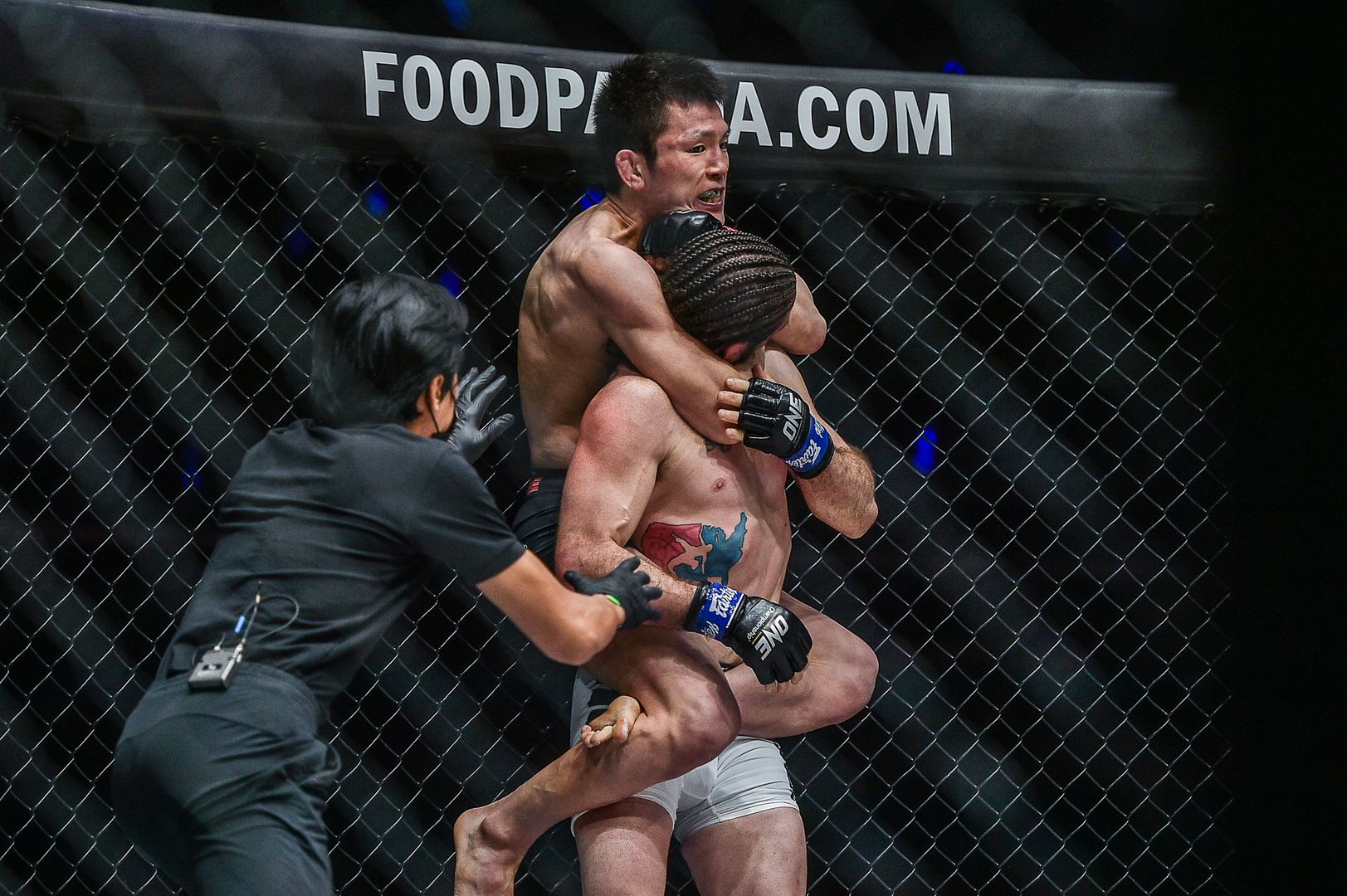 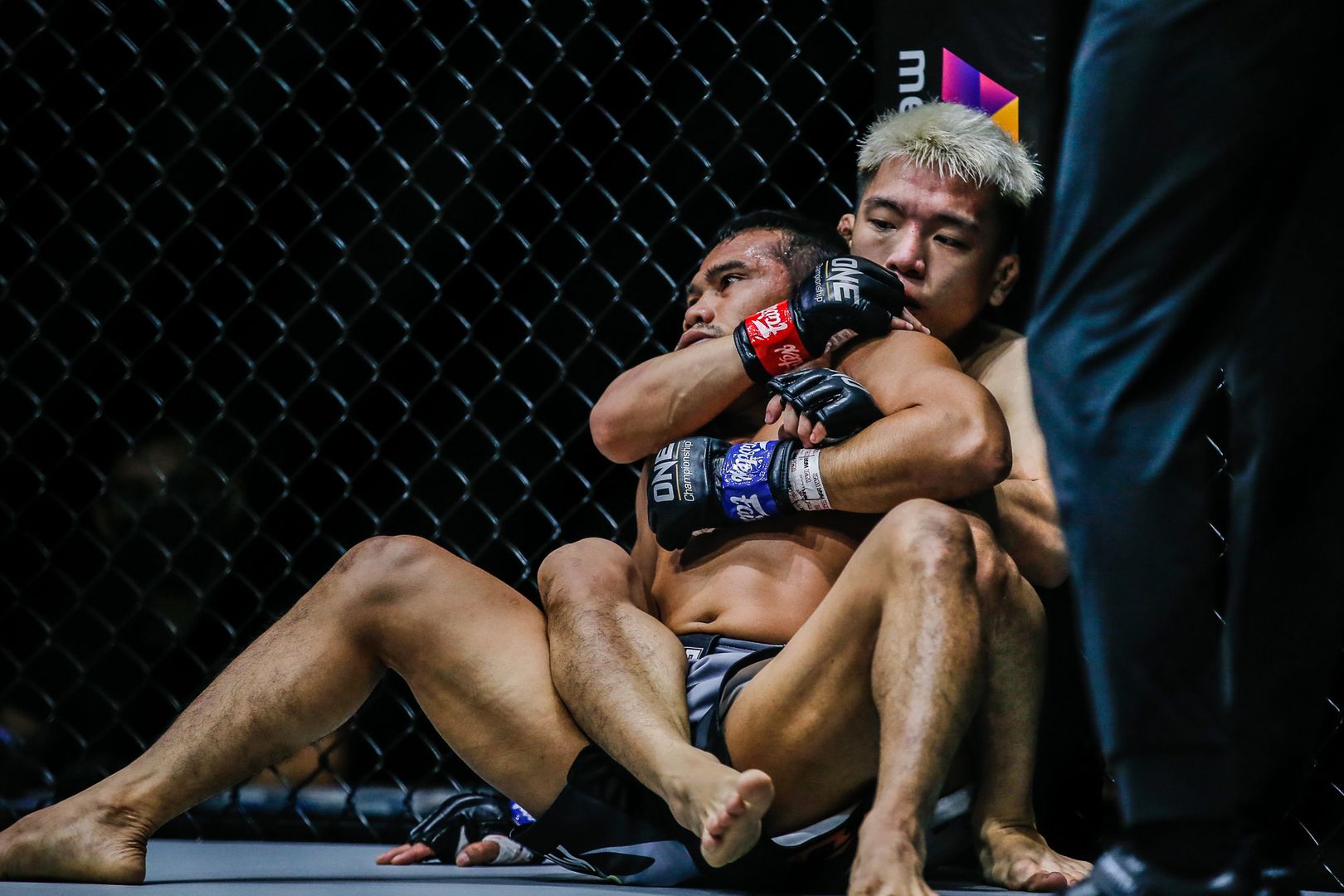 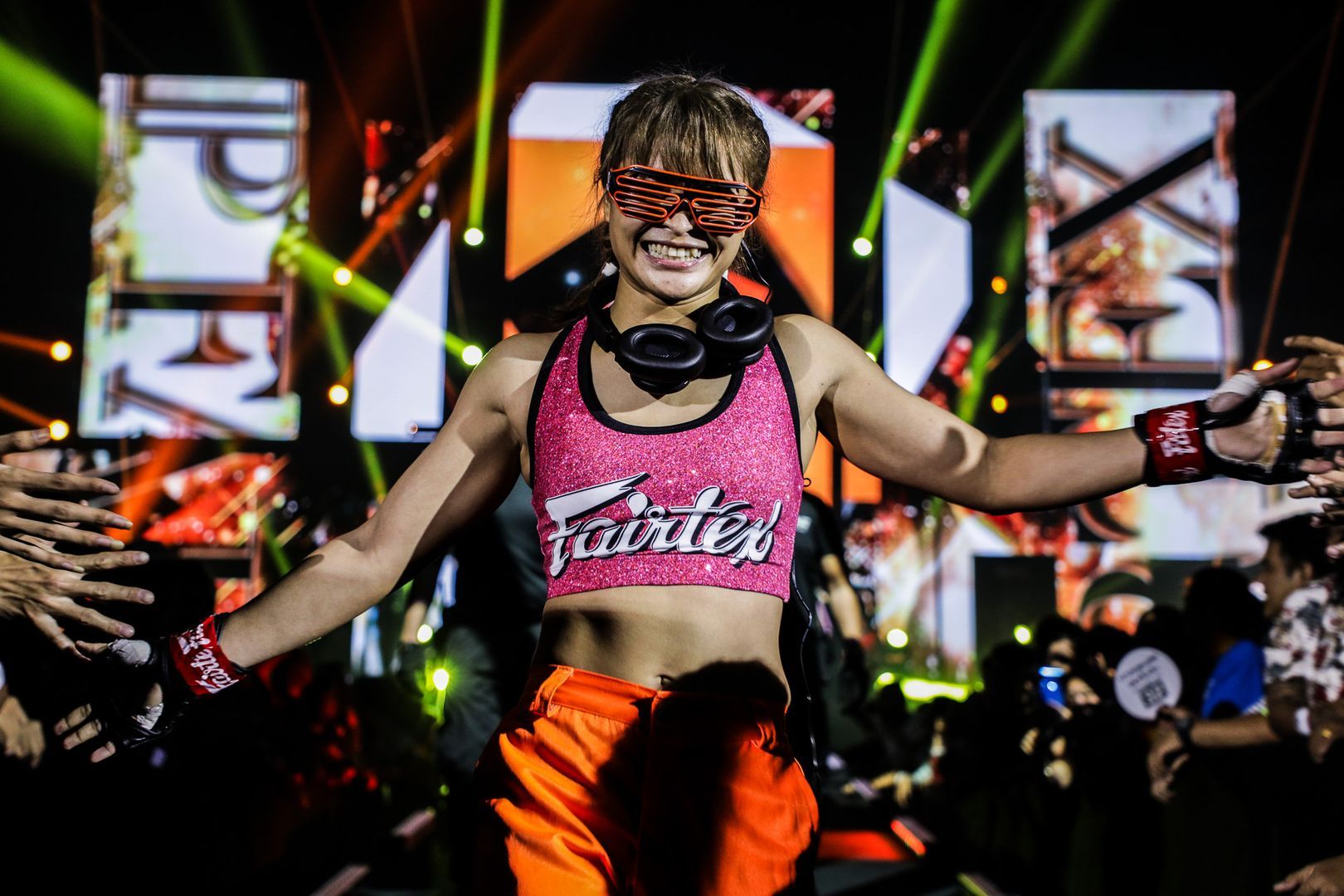