Rodtang “The Iron Man” Jitmuangnon stands on top of the world of “the art of eight limbs” as ONE Flyweight Muay Thai World Champion, but he never lets his status go to his head.

As the 22-year-old prepares to make the first defense of his belt on 13 October against Walter Goncalves at ONE: CENTURY PART II, he is keeping the lessons he has learned through more than a decade of training at the forefront of his mind.

The man from Bangkok has achieved so much success at a young age, but he knows he must stay humble to ensure he does not lose everything he has worked so hard to achieve.

“Nothing good comes from having an ego, and you won’t be successful if you have one,” he says.

“I want to tell the fighters that if you get famous, you can’t forget who you are or where you come from, and to never forget your first day at the gym.”

He also knows that despite his wealth of experience and success, he still has a long way to go before he can match the achievements of his sport’s all-time greats.

“The Iron Man” maintains a huge amount of respect for the people who have paved the way for him.

“I’m part of the younger generation and must give respect to those that have come before me,” he adds.

“This wasn’t something that was taught. It is just part of my subconsciousness as an athlete.”

Since joining the ranks of ONE Super Series, Rodtang has won five consecutive bouts, improved his record to 259-41-10, and become famous around the world.

However, the Pattalung native has not let himself be changed by his newfound superstardom and success. He still trains with the same dedication and enthusiasm as before.

He is under no illusion that he is invincible in the ring or the Circle, so he leaves no stone unturned in his preparation to give himself the best chance of victory.

With that said, he knows winning is not everything, and he is prepared to face whatever result comes his way, as long as he competes to the best of his ability.

“In all sports, you have victories and defeats,” he says.

“Muay Thai is a sport that teaches us to learn and to grow as people. It shows us what it means to experience both victory and defeat, and teaches us how to forgive.”

Another reason why Rodtang is so humble is because of an upbringing in extreme poverty. He and his 9 siblings had collect garbage to sell, just to make ends meet, and though those days in the dirt may be long gone, they are never forgotten.

The ONE Flyweight Muay Thai World Champion has empowered himself through martial arts, helped to support his family, and reached incredible heights, but he has always remembered what it has taken to get there.

Rodtang does not regard himself as anything particularly special, and that helps him to stay driven in the gym, and remain at the top of his game – whatever happens when he steps up to compete.

“Humility isn’t going to make you a better fighter, but it is part of who we are as fighters. It is something we must possess, and display for the people that support us,” he explains.

“We must always remind ourselves that when our life is going up, not to lose yourself, and when things come crashing down, to not become discouraged.”

Read more: How Muay Thai Took Walter Goncalves Out Of The Favela 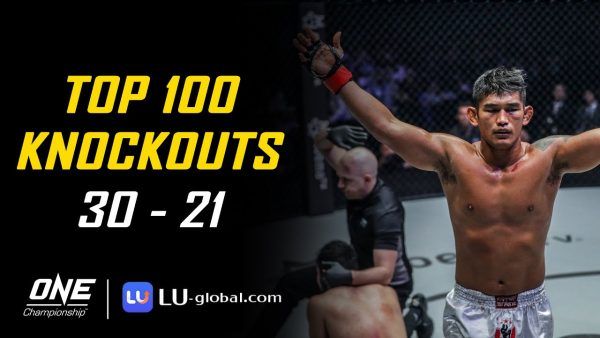