Tyler Hardcastle may have left almost everything he knew behind when he moved more than 9000 miles to Australia, but he has always carried his love for martial arts with him.

The 22-year-old from Perth, Australia believes a lifetime spent studying Muay Thai will give him a great chance of winning when he returns to ONE Super Series in a bantamweight match-up against “Muay Thai Boy” Zhang Chenglong at ONE: LEGENDARY QUEST on Saturday, 15 June.

If he can win this contest in front of his rival’s home crowd in Shanghai, China, he will be set up for success in his stacked weight class.

Ahead of this exciting main card tilt at the Baoshan Arena, Hardcastle reveals the long road he has traveled to get to The Home Of Martial Arts and reach the cusp of greatness. 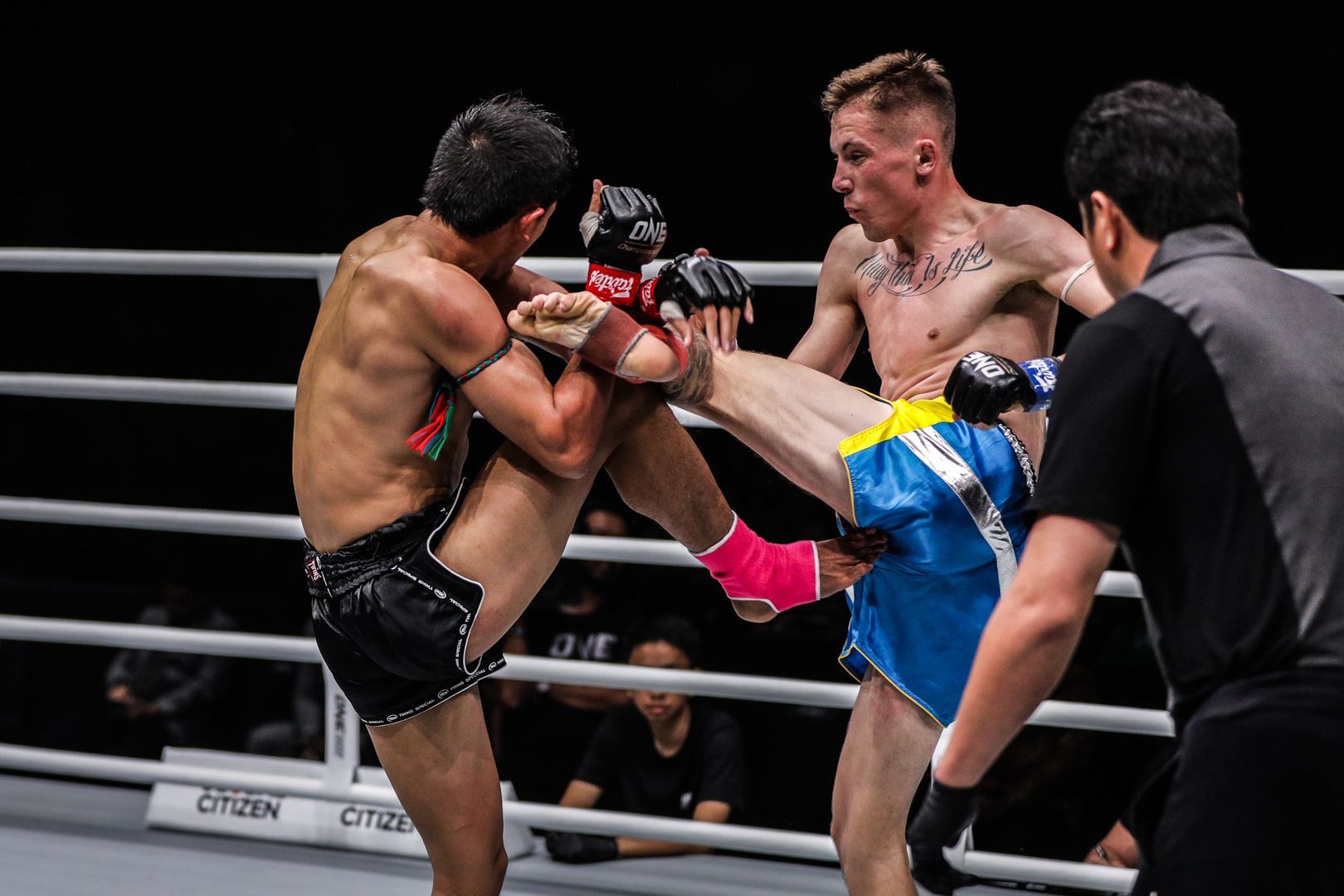 Hardcastle was born in Doncaster, England in 1996, and grew up in the working-class area of Intake with his mother, father, and younger brother Brandon.

His father was a metalwork machinist, while his mother worked as an education assistant for children with disabilities. Intake was not an affluent area, and when he was 11, Hardcastle’s parents decided they could make a better life for their sons Down Under.

“Intake was a council estate [government housing], and growing up in a place like that can be tough,” he explains.

“My parents just wanted more opportunities for me and my brother – the chance to do different things, get better jobs, and live in a nicer place.

“I remember not wanting to move away from everybody. I don’t think I could really understand why we were moving to another country.”

Their son’s reservations were realized when the family moved back home after just six months when things did not turn out as they had expected, but a short spell back in Doncaster convinced them that they had made the right choice, and they flew back to Australia for good.

Hardcastle’s shy nature meant he struggled to gel and make friends at first, but once he had become comfortable in his surroundings, he adapted to life in Perth and prospered.

Who's ready for another display of world-class striking from Australian phenom Tyler Hardcastle on 15 June? ????

Hardcastle carried his enthusiasm for martial arts everywhere he went. He followed his father to his Muay Thai training sessions, and by the age of 6, he pulled on the gloves to start practicing himself.

“My dad used to train at a place called Wicker Camp on a Sunday morning. He’d take me down, and I would just kick the bags and watch him spar,” he recalls.

“I remember one of the trainers went to Thailand and brought me back some shorts, and I used to like wearing them when I was messing around in the gym, then it just grew from there really.”

The youngster tried his hand at other martial arts in gyms across Doncaster, but Muay Thai was the one discipline he always wanted to practice, and he kept it up when the family emigrated.

Once he had settled in Perth, he found Riddler’s Gym, got back into training, and entered his first bout aged 15. His brother followed, and the pair are now competitive athletes with the full support of their parents.

“My parents have always been good and really encouraging – telling me to give Muay Thai my best shot,” he adds.

“And it meant me and my brother always had a good relationship because we were always training together.”

One thing that was hard for Hardcastle was being so far away from the rest of his family and friends – never more so than when his grandfather died.

Around that time, he was scheduled to compete in a bout in Australia, and he was left with the difficult choice to follow his heart and travel back to England to pay his respects or miss the funeral to focus on his career.

“I had a choice whether to go to his funeral or have the fight, and I remember choosing to have a fight,” he says.

“That definitely sucked a bit. I wanted to go, but I knew what my grandad would have wanted me to do, and I respected that.

“I lost, but we had a five-round slugfest and got fight of the night. Plus, my opponent was going through something similar with his grandma too, so it was good that we got to have a tough battle.”

Going Against The Best 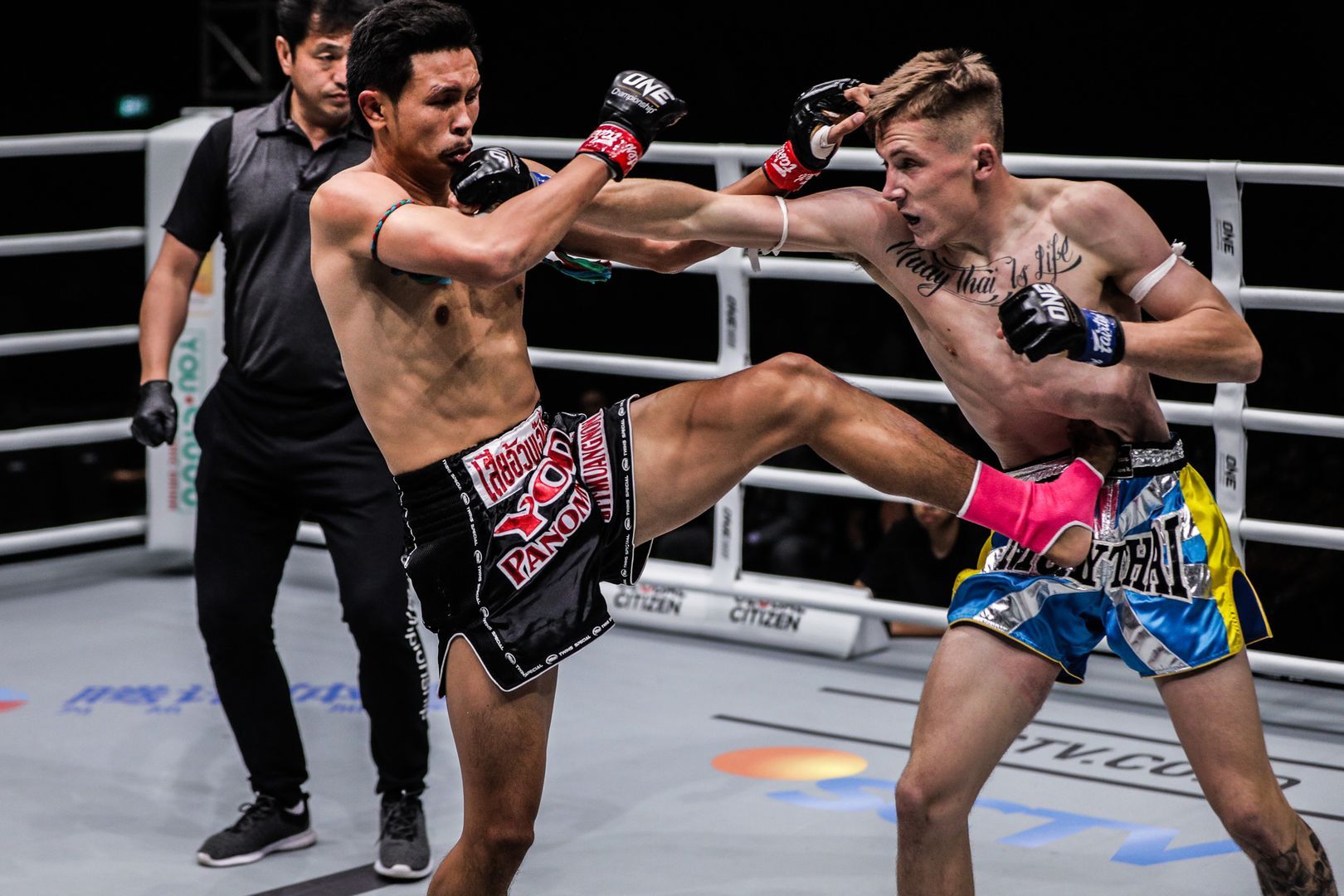 Hardcastle entered the world’s largest martial arts organization with multiple national titles – including the WMC Australian Championship – and wins over some of the sport’s revered names including ONE superstar Saemapetch Fairtex.

Now he is on the global stage, he is driven to face the best opponents possible, climb the ladder, and add more silverware to his résumé.

“I just knew that I wanted to make a go of this by looking at a few of the people around me that were training at Riddler’s Gym at the time,” he reveals.

“There were World Titles, intercontinental titles and Australian titles hanging up, and I just thought, ‘I want to be like that one day.’ Having all the champions around me made me want to build myself into one.”

Hardcastle has shown he belongs in the ring with the world’s best, and in his next bout against Zhang, he is focused on getting his first win in ONE Super Series.

“It doesn’t really bother me how I win as long as I win,” he states.

“I’ve shown I can beat the top guys before, so I just need to concentrate on my performance and do it again.”