You might think Tukkatatong Petpayathai had achieved everything he had set out to in his martial arts career, after winning 240 bouts and two Muay Thai World Championships.

With those accomplishments in his back pocket, he moved to Singapore to make a living outside the ring by joining the elite coaching staff at Singapore’s Evolve MMA.

The 30-year-old was happy, but then ONE Championship launched ONE Super Series, and he was offered the opportunity to compete on the global stage for martial arts.

It is an opportunity he is grabbing with both hands on Friday, 29 June at ONE: SPIRIT OF A WARRIOR in Yangon, Myanmar. 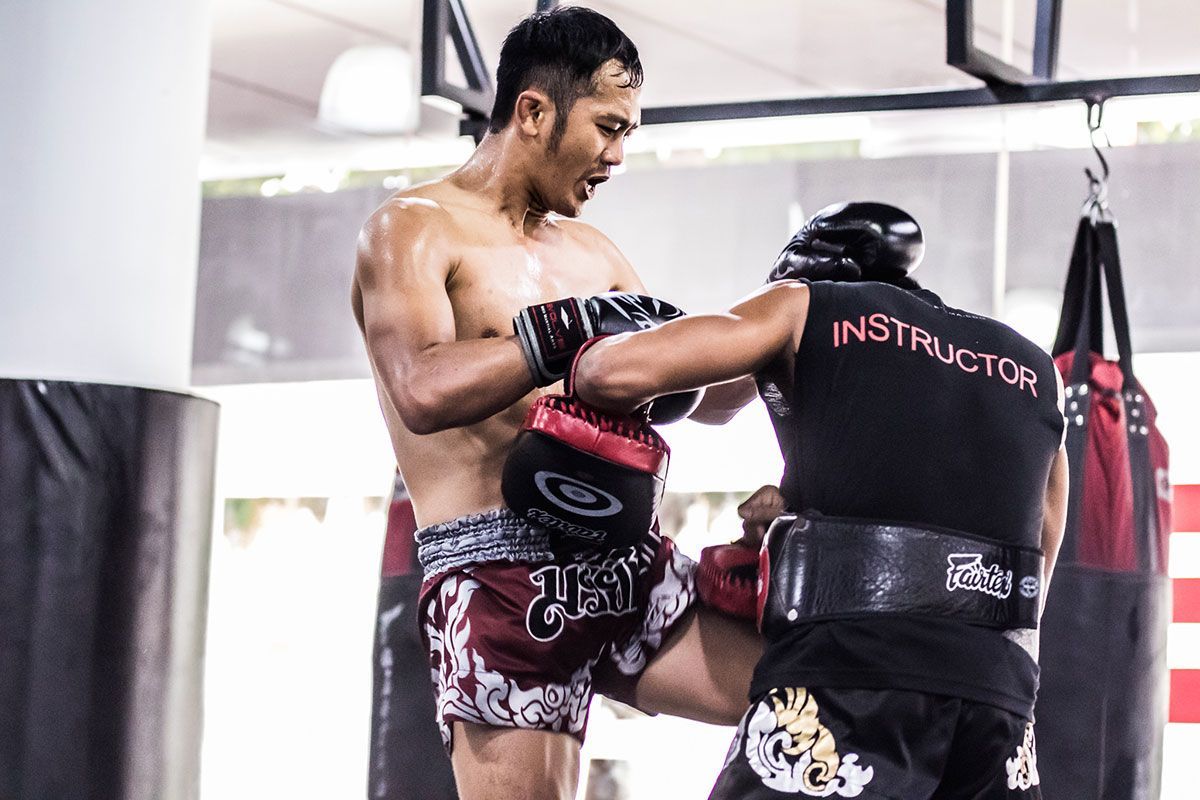 “I wanted to compete in the ONE Super Series, as it is a big event on a global stage. I can’t wait to show what I can do,” he says.

“I am very motivated by this opportunity ONE Championship has provided me. I am grateful for the chance to perform. I will do my best!”

The international platform also gives him an opportunity he is honored to take.

The majority of his previous bouts were contested in his homeland, but now he gets the chance to battle in front of a potential global audience of 1.7 billion, carrying his nation’s flag with him.

“I’m representing my country in this big event,” he says. “This is the biggest stage. This is something I am proud of.”

He also has the desire to emulate his Evolve teammates.

Sam-A Gaiyanghadao, Nong-O Gaiyanghadao, and Singtongnoi Por Telakun have already made their ONE Super Series debutsl, and each one has excelled.

His aim is to match them – by displaying a similar level of skill and delivering a highlight-reel finish.

“All my Muay Thai World Champion teammates at Evolve MMA have performed well so far in ONE Super Series,” he says.

“I look forward to putting on a show too.”

The Thai legend’s assignment is sure to be a tough test.

He has drawn experienced Frenchman Mehdi “Diamond Heart” Zatout in his debut ONE Super Series kickboxing bout, which will be contested at a catch weight of 67 kilograms.

The 34-year-old Zatout may be less experienced than his Thai opponent, but his record is certainly impressive.

After capturing French and European championships, he captured both ISKA and WBC World Championships while running up a 75-37-1 run.

Despite the challenge in front of him, Tukkatatong, as one might expect from a man with his veteran record, is sure his skills will be enough to earn a victory at Thuwunna Indoor Stadium.

He is known for his versatility in the ring, and is capable of competing with a technical style that uses a variety of precision techniques and counter attacks to overcome his opponents.

What’s more, he is also adept at adopting an offensive approach, moving forward with powerful strikes.

“I am confident going into this bout,” he says.

“My style is quite aggressive. As a southpaw, my favorite techniques are my knees and left kick.”

However, rather than an all-out-attack approach against his adversary from Venum Training Camp Thailand, the conditions of the encounter may dictate a more cerebral approach.

“I will have to wear 4-ounce gloves in this bout,” Tukkatatong explains. “This is quite challenging, because you can’t miss a shot

“If you fail to defend, you could get knocked out. I will train hard, and will not be rash.”

With little room for error, fans may not see nine minutes of relentless forward pressure from the Thai.

However, the alternative is that striking purists may be in for a treat – a technical masterclass from one of the best stand-up martial artists in the world.