“Muay Thai Boy” Zhang Chenglong is gearing up for the most important battle of his life.

This coming Friday, 6 December, he challenges Russian striking ace Alaverdi “Babyface Killer” Ramazanov for the inaugural ONE Bantamweight Kickboxing World Title at ONE: MARK OF GREATNESS in Kuala Lumpur, Malaysia.

The Shenzen-based athlete has gone undefeated since he arrived in The Home Of Martial Arts earlier this year, earning three impressive victories to get the chance to become China’s first ONE Super Series World Champion.

But Zhang would not have climbed to the top of his sport if not for his older brother, Zhang Chunyu, who trains and shares a dorm with him at Shengli Fight Club.

“My brother does everything for me,” the 21-year-old says. “He is not only my brother, but he is my role model, my teammate, and also a good coach. He takes care of my life.”

There was a time in Chenglong’s life, however, where he tried to hide his despair from his family and, most notably, his elder sibling.

The future “Muay Thai Boy” had been regularly tormented by the older kids in school because of his petite stature. Due to the constant physical abuse and his inability to defend himself, he dropped out.

“I’d been bullied in my village since I was a kid,” he confesses.

“I was in a lower grade, and I was skinny. I wasn’t strong at anything, and in a fight, I couldn’t win. I was bullied so much and beaten. I couldn’t stand it anymore, so I quit school.

“I didn’t even tell my family. I wouldn’t tell them I had been beaten outside, or how tired I was, or what had happened that day. I would share only positive things.”

Fortunately, Chunyu, who was five years older and much taller than his sibling, recognized what was happening and took him under his wing.

Chunyu had previously trained in sanda, and he started competing in kickboxing and Muay Thai bouts, so he was well-equipped to defend himself and his family members. Also, due to his size, few people would consider starting trouble with him.

“He thought I was small and clumsy, but he would take me with him all the time [wherever he went],” Chenglong remembers.

“I always clung on to him. He could fight, so when I followed him, people couldn’t bully me. If I went out by myself or with my peers, older kids would bully me. But when I followed my brother, he would look after me.”

Eventually, Chenglong wanted to follow his older sibling’s footsteps into combat sports. His parents and brother, however, were reluctant to grant his wish.

Chunyu knew how difficult it was to be a competitive kickboxer and Muay Thai practitioner, so he was hesitant to introduce his younger sibling to this world.

“At the beginning, the whole family and I did not agree [with Chenglong learning martial arts],” says Chunyu.

“By that time, I had been fighting for several years, and even though I had a good record, I knew how tough it was. I didn’t want him to experience the same hardship.

“But he was so persistent. He tried everything to convince us, even crying and begging. So, in the end, we had to agree, and he surprised us all. He has the spirit of never giving up.”

Chenglong’s dedication to perfect his craft – along with his older brother’s guidance – has led him to a phenomenal 49-12-1 combined kickboxing and Muay Thai record, and a shot at making history in The Home Of Martial Arts this coming Friday.

Perhaps inevitably for sporting siblings, comparisons have been made between the Zhang brothers.

While Chunyu is a decorated athlete who has competed against the likes of the legendary Buakaw Banchamek, the consensus is that “Muay Thai Boy” has surpassed him – and big brother agrees.

“Many people say my little brother is better than me, and I tell them, ‘Say no more.’ The waves that come later are stronger and higher,” he concedes.

“When he becomes invincible and nobody in this world can defeat him, I will be the happiest person.” 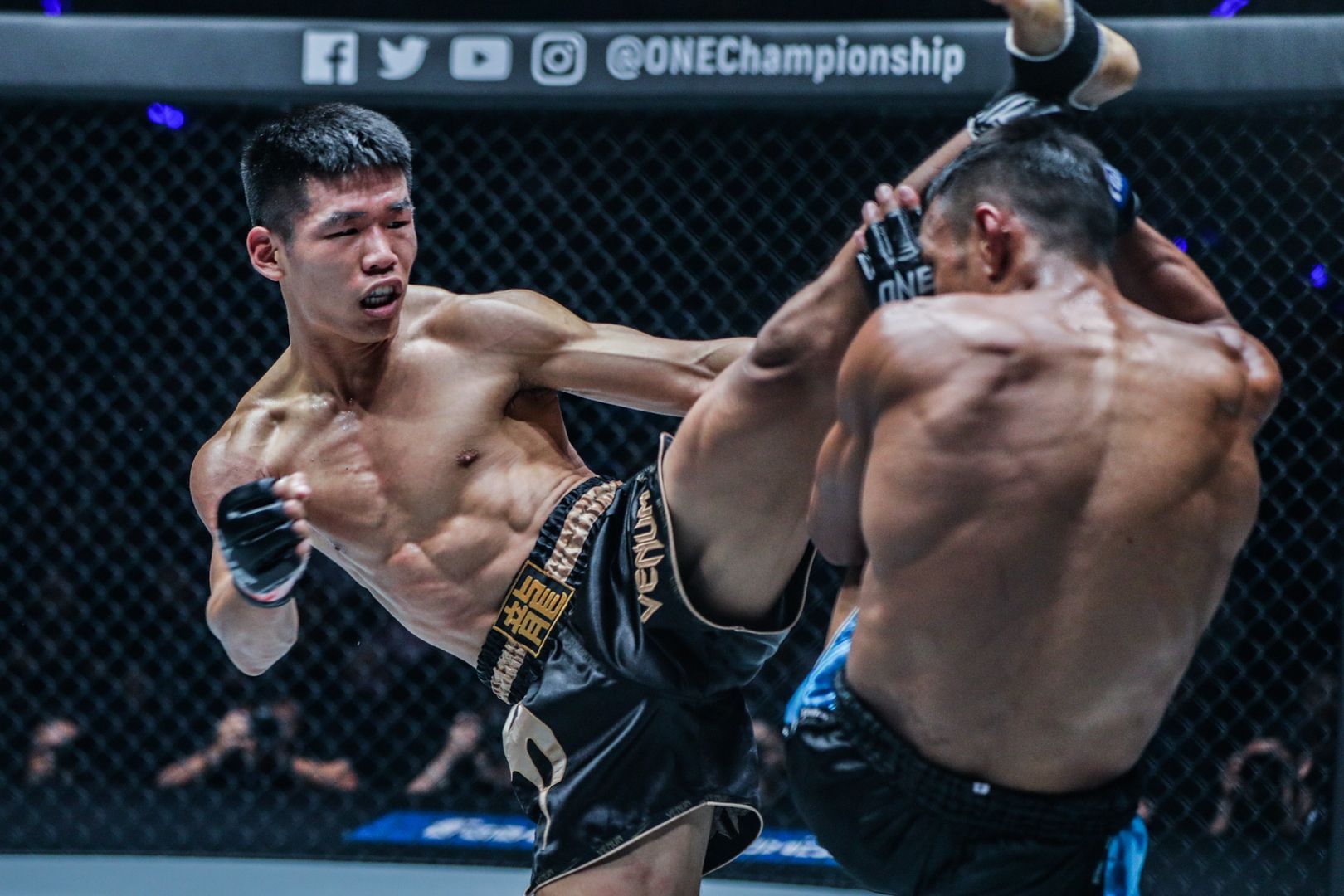 Chenglong will attempt to make his brother, and his nation, proud when he faces Ramazanov in the Malaysian capital for the inaugural ONE Bantamweight Kickboxing World Championship.

Should “Muay Thai Boy” lift the gold, he knows it’s because of the role his elder sibling has played both in his training and his life.

“If I do win this belt, part of it will belong to him,” the ONE World Title challenger says. “And I might even buy him dinner!”