Posted by ONE Championship on Wednesday, April 4, 2018

If it were not for one man, “Smokin” Jo Nattawut might not be competing in the co-main event of ONE: HEROES OF HONOR on Friday, 20 April, at the Mall Of Asia Arena in Manila, Philippines.

As a matter of fact, he may not have even stepped back into the ring.

Growing up in Nakhon Ratchasima, Thailand, Nattawut originally discovered Muay Thai at the age of 10, when he saw a teacher kicking a heavy bag during recess one day, and shadow boxing between classes. He was immediately enamored with the martial art, and started training with his classmates later that afternoon.

Soon, he made his professional debut, and competed locally. However, Nattawut came to realize only the best athletes earned the biggest, and most stable, incomes.

For the young Thai, who earned very little, he lost motivation, and fell out of love with the sport. 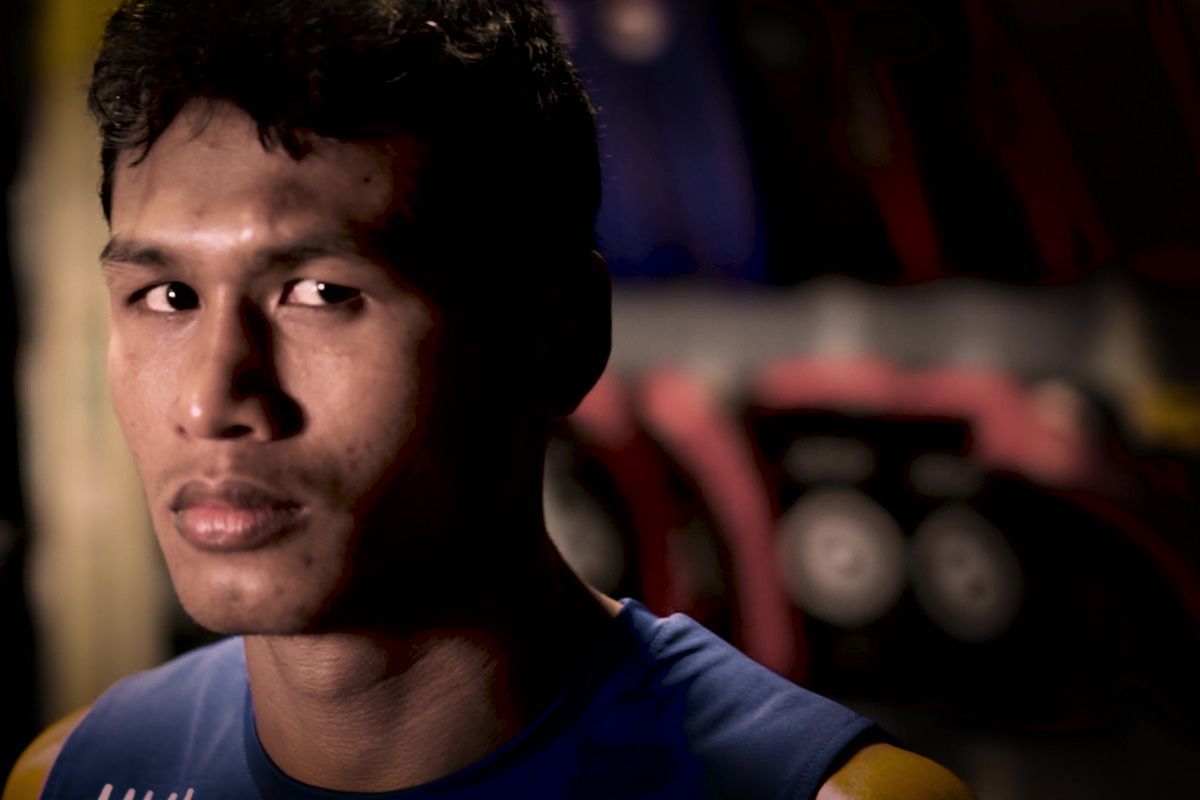 “In 2007, I stopped training. I stopped competing because of work and school,” the 28-year-old Thai recalls.

“At the time, I just wanted to do some new things. I was not that good, and I could not make [much money] at the time. I could not make a living off it. So I stopped, and I had a job, and I made better money than doing Muay Thai back then.”

That eventually brought him to the United States, where Nattawut was working in Colorado. He actually became an avid snowboarder, and enjoyed the winter atmosphere. While he stopped competing professionally, he still practiced Muay Thai, if for no other reason than it kept him in peak physical condition.

As much as he enjoyed living in Colorado for the snow, the young Thai still had to find something else to occupy his time for the summer months, when there was nowhere he could go snowboarding. With that in mind, he turned his attention back to Muay Thai.

That is when Nattawut met the man who would change his life forever.

“I knew Master Khunpon from a friend in Thailand, so I talked to him on Facebook,” Nattawut recalls.

“He said, ‘If you want to train again, you can come here to Atlanta,’ and I was like, ‘Let’s try.’ I came here, and he helped me move, and he taught me more English and stuff.”

Khunpon is a legend in his own right, after a decorated career competing in Muay Thai and boxing all over the world. He started doing Muay Thai at just 8 years of age, competed frequently at both Lumpinee Stadium and Rajadamnern Stadium, and captured four world titles.

Several years later, after his own career was completed, Khunpon went to the United States with a dream to build a gym that would offer the same kind of high level training he had back in Thailand. He opened Bangkok Boxing Fitness in Atlanta, Georgia, and built a team comprised of Muay Thai athletes including Nattawut, who moved there in 2013.

Nattawut got back into training Muay Thai, and immediately started to consider competing professionally again. That is when the opportunities came.

Smokin' Jo Nattawut, one of the greatest Muay Thai Fighters in the world, made history this weekend! Becoming the first…

“After three years off, and several years of serious training, I had a short notice bout,” he recalls.

The “Smokin” Thai has become more than just “good.” He has emerged as one of the best athletes in the sport, and has claimed both the Lion Fight Super Welterweight and Middleweight Titles.

Now, as he prepares for his co-main event showdown with Giorgio “The Doctor” Petrosyan at ONE: HEROES OF HONOR, Nattawut realizes that if it were not for Khunpon encouraging him to uproot his life, and move across the country from Colorado to Georgia, then he might not be in the position he is in today.

Not only that, but Khunpon managed to give Nattawut the greatest gift of all.

“I fell in love with Muay Thai again,” he says. “I really love it. Muay Thai is life for me.”