ONE Flyweight Kickboxing World Champion Ilias “Tweety” Ennahachi has been one of the breakout sensations in The Home Of Martial Arts in 2019.

The Dutch-Moroccan striker immediately made his mark in ONE Super Series when he defeated “The Baby Shark” Petchdam Petchyindee Academy in emphatic fashion to win the coveted title at ONE: DREAMS OF GOLD in Bangkok, Thailand this past August.

Then, the 23-year-old returned to defend his recently-acquired belt at ONE: AGE OF DRAGONS in Beijing, China last month. In the main event, he usurped his old rival “Metal Storm” Wang Wenfeng via split decision.

The success Ennahachi has achieved in ONE Championship’s all-striking branch in a matter of months has already changed his life, and it looks like things are only going to get tougher for his opponents.

“2019 has obviously been a tremendous year for me. It allowed me to show my skills on the biggest stage possible,” he explains.

“At the beginning of the year, I didn’t fight too regularly. The way my fights were set up didn’t allow me to live on my sport, as it was too insecure.

“But the ONE Championship situation has allowed me to really live my sport and give it my all, and show how good I am on the biggest stage in the world.”

When reflecting on his first year in the world’s largest martial arts organization, Ennahachi views his explosive debut as his favorite moment.

Not only did “Tweety” make his grand premiere on the global stage for martial arts, but he defeated Petchdam in front of his opponent’s home crowd at Bangkok’s Impact Arena and claimed World Title gold.

“The absolute highlight for me has been the first fight — fighting on that stage, and of course winning that belt and wrapping it around my waist,” the Dutch-Moroccan admits.

“Everything was new to me, so I was kind of nervous, but in a good way. I wasn’t acquainted with the stage yet, so that was something that was playing in my mind. But everything went well, and I love to fight in Thailand.

“I was very secure. I’ve never felt as good as I felt in the build-up to that fight. Training camp went perfect, everything went perfect.” 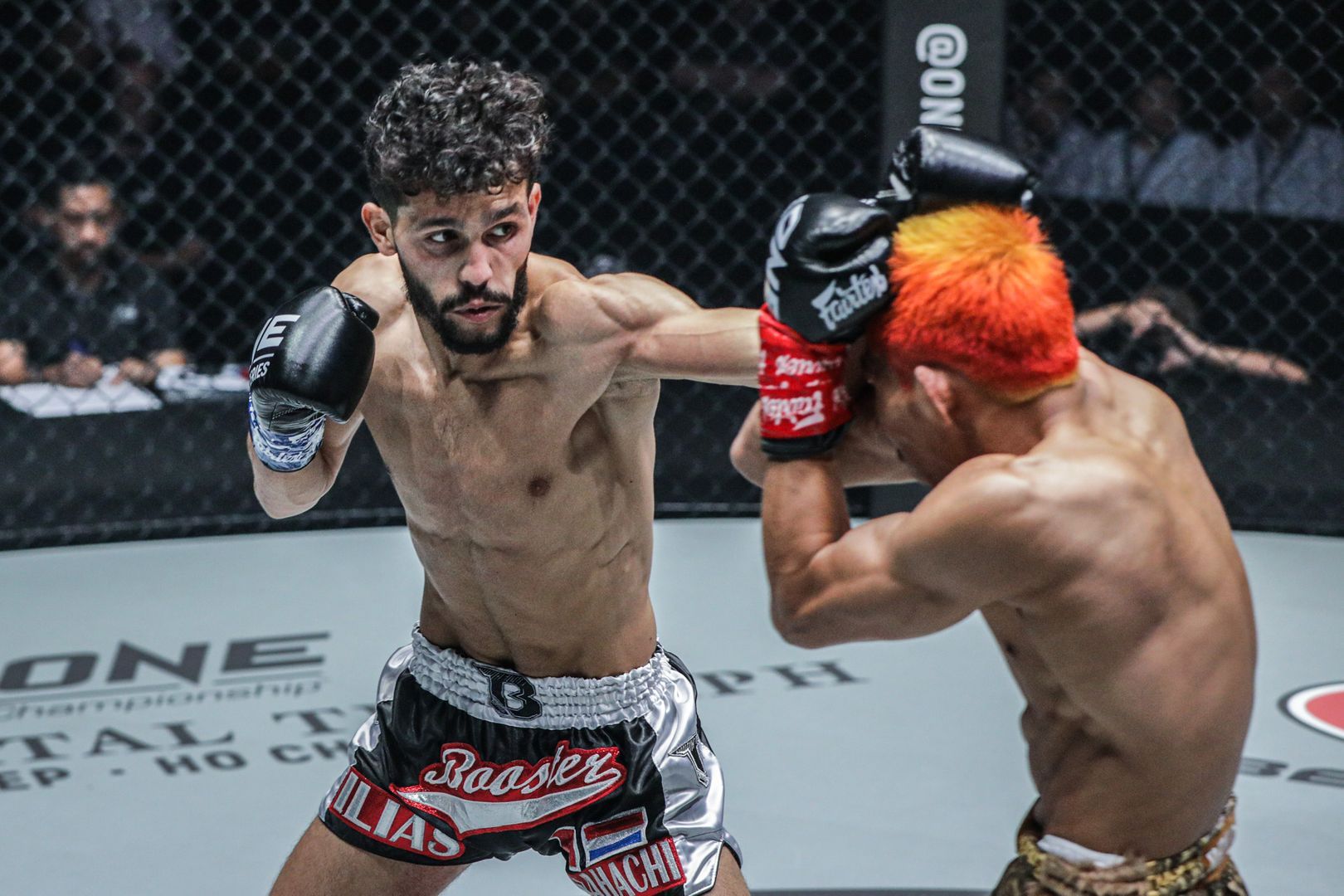 Following that sensational highlight-reel moment, fans were even more excited for Ennahachi’s return in the rubber match against Wang.

Like he did two years earlier, he went to his rival’s backyard and delivered another incredible showing – this time, he did it at the Cadillac Arena in the Chinese capital and won.

However, despite the victory, the Dutch-Moroccan was not as pleased as he was with his stoppage against “The Baby Shark.”

“Fast-forward to the Wang fight, I was already more acquainted with how huge ONE is, so I knew what was coming,” Ennahachi offers.

“The build-up to that fight was a bit more comfortable because I knew the scene, I knew the stage, and I knew my opponent because I had fought him twice before, so that was the difference.

“It was a more comfortable build-up, but I couldn’t show everything I had in the ring. I went away with the title, so I did enough. But I just want to show more of what I can do, and I will.”

Ennahachi has thrived in his step-up to the global stage, but he will not rest on his laurels.

The Dutch-Moroccan knows there are a slew of contenders who want to challenge him and rip the ONE Flyweight Kickboxing World Championship from his grasp.

With that in mind, “Tweety” refuses to sit back and reflect on a life-changing year in ONE Super Series. Instead, he is ready to build on his impressive showings and defend his belt from all comers in 2020.

“The biggest change for me this year was the transition to the biggest organization in the world, and right now, at the end of the year, I feel like I’ve got so much left to give,” he reveals.

“I’m focused on giving it my all and getting better. I know ONE will feed me better opponents, [so I need to keep] getting better and sharper.”