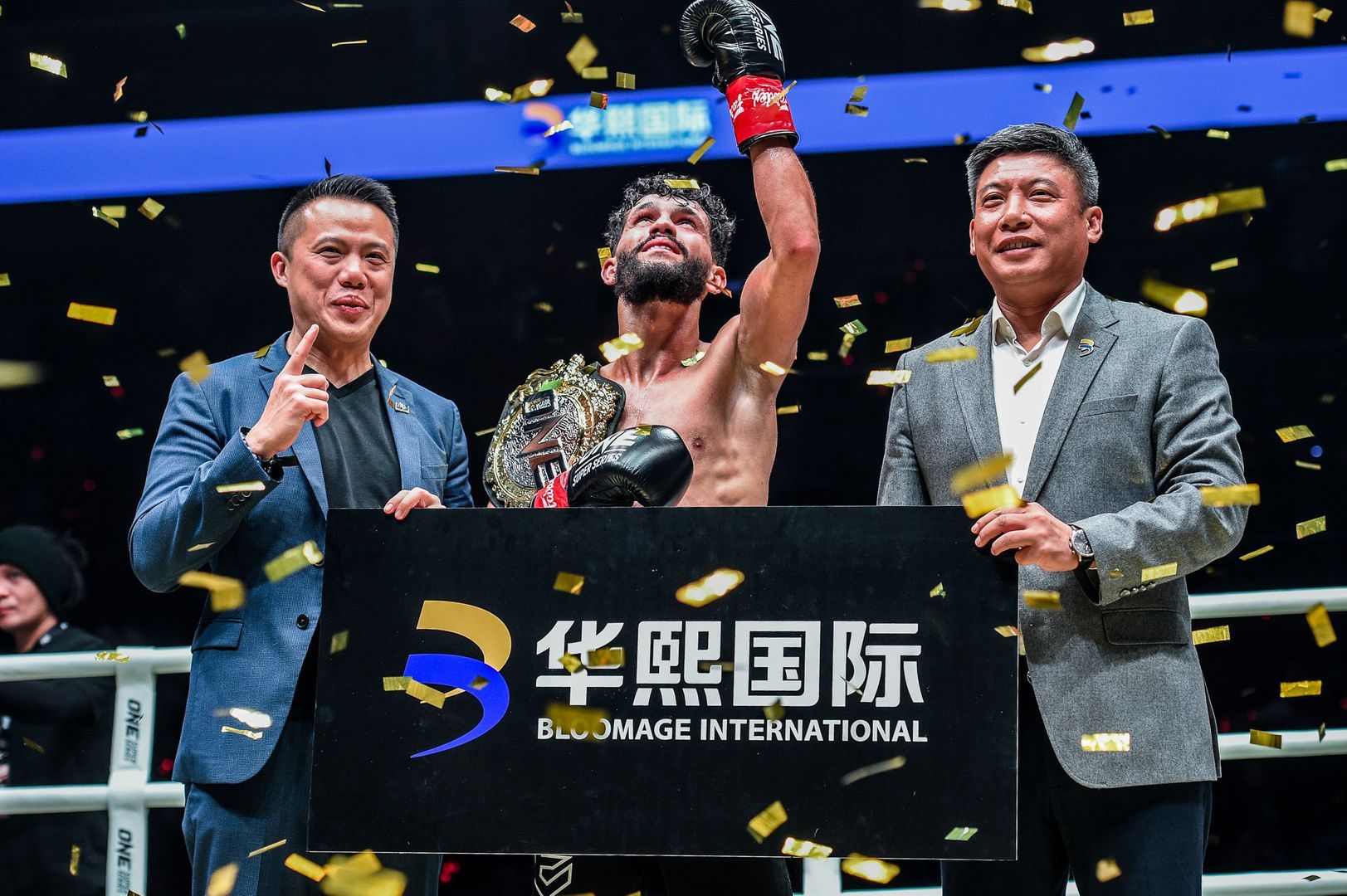 When Ilias Ennahachi exited the Cadillac Arena in Beijing, China on Saturday, 16 November, he had everything he entered with – including his ONE Flyweight Kickboxing World Title.

Ennahachi battled China’s Wang “Metal Storm” Wenfeng in a rubber match in the main event at ONE: AGE OF DRAGONS, claiming the split-decision victory in his first World Title defense after the two kickboxing aces thrilled fans.

The 23-year-old World Champion found his striking rhythm immediately, and his speed proved to be decisive in the opening round.

He stayed on the outside, which forced the Chinese athlete to push the pace and pursue him around the ring. Ennahachi took advantage as he picked off Wang while he tried to close the distance.

“Metal Storm” continued to stalk the Dutch-Moroccan star in round two and had a little more success. He mixed up leg kicks with punches in a bid to slow Ennahachi’s perpetual motion, but despite Wang’s improved output, the SB Gym representative still used his effective counters to score from the outside. 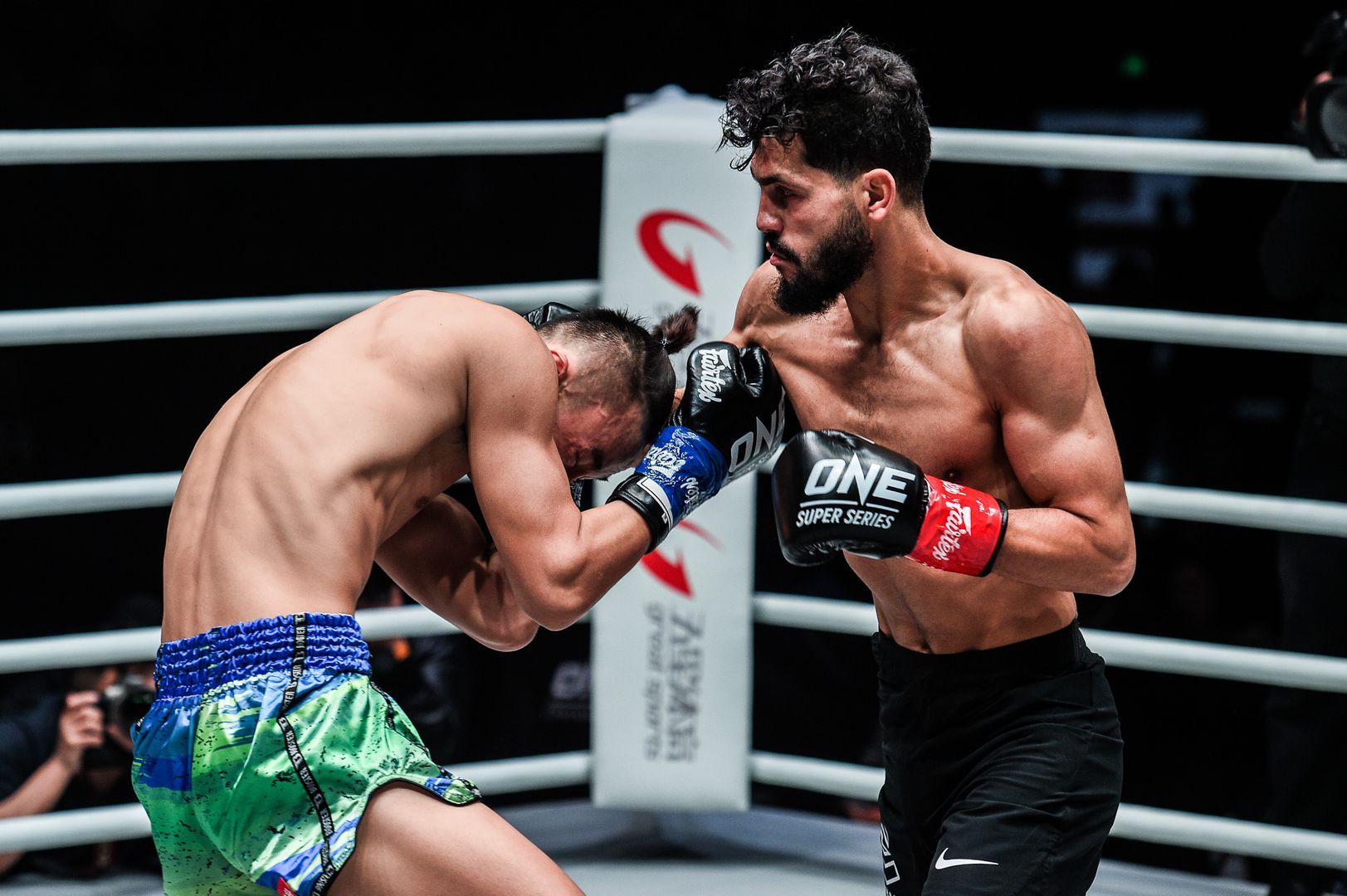 The KLF World Champion kept up the pressure in round three as he threw his full striking arsenal – including flying knees, powerful leg kicks, and strong punches – at Ennahachi.

However, the Dutch-Moroccan had plenty of success of his own as he countered with well-timed hooks and the occasional head kick.

Wang had the Chinese fans on their feet early in round four as he sent Ennahachi off-balance with a flurry of fists, but the defending World Champion composed himself and connected with a head kick that only drew a wide-armed gesture from Wang. 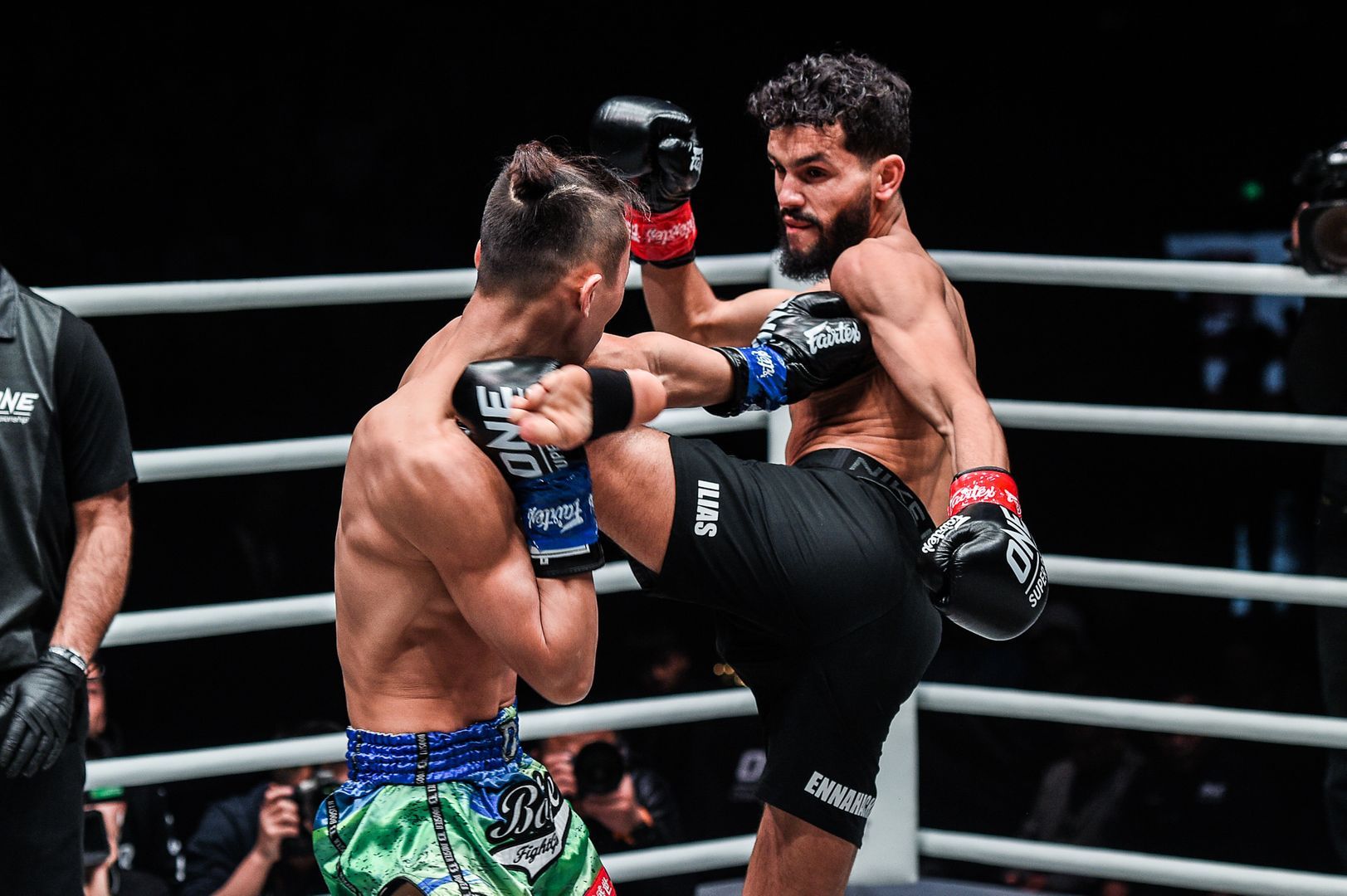 The challenger appeared to be getting stronger, while Ennahachi’s work started to look more ragged as the round ended.

He managed to pick things up in a crucial final round for both athletes, and they left it all in the ring as they traded constantly through a breathless final frame.

When the final bell rang, both men celebrated, but after a lengthy wait for the scorecards to be totaled, the split-decision was announced in Ennahachi’s favor as he kept his World Title and improved his professional record to 36-3.