ONE Strawweight World Champion Joshua “The Passion” Pacio (13-2) has been part of a seismic shift in the ONE World Title landscape in 2018.

The 22-year-old Pacio was the second from his squad to wrap gold around his waist after he defeated Yoshitaka “Nobita” Naito in a rematch for the belt in September at ONE: CONQUEST OF HEROES.

Though he has just got comfortable on his throne, he has no time to relax.

You do not need a crystal ball to predict what could be next for “The Passion,” as he has already been booked to make his first defense in a rematch against Hayato Suzuki (20-1-2) at ONE: ETERNAL GLORY on 19 January.

Pacio cannot look past this test. He knows that more than anyone after his first meeting with the Japanese grappler at ONE: KINGS & CONQUERORS last August.

The Filipino came out confident as a former World Title challenger, but his striking attack was quickly nullified. Though it was Suzuki’s first bout in The Home Of Martial Arts, he was not overawed by the occasion. He stayed calm, moved to his rival’s back and locked up a rear-naked choke to earn a first-round finish.

Though the Brave Gym representative could not parlay that success into a run at the belt, he came back stronger this year. He is riding a run of three consecutive rear-naked chokes, culminating at ONE: WARRIOR’S DREAM in November when he submitted Pongsiri “The Smiling Assassin” Mitsatit.

Will Hayato Suzuki beat Joshua Pacio when they rematch on 19 January?

That, combined with his ‘W’ from his first meeting with Pacio, will give him plenty of confidence for their second encounter.

If – and it is a big if – Pacio can overcome the biggest challenge of his career, will have a ton of other tough tests in store for 2019. As a World Champion, he has a target on his back, and the challenges will be coming thick and fast in a division that is growing in stature every month.

The latest addition to the ranks is Yosuke “Tobizaru” Saruta (18-8-3), who has a history at a high level thanks to his reign as Shooto Strawweight World Champion.

He began his run on the global stage for martial arts with a marquee unanimous decision victory over against former ONE Strawweight World Champion Alex “Little Rock” Silva earlier this month at ONE: DESTINY OF CHAMPIONS

That could be enough to secure a shot at the sport’s top prize in 2019 against the winner of Pacio VS Suzuki II. 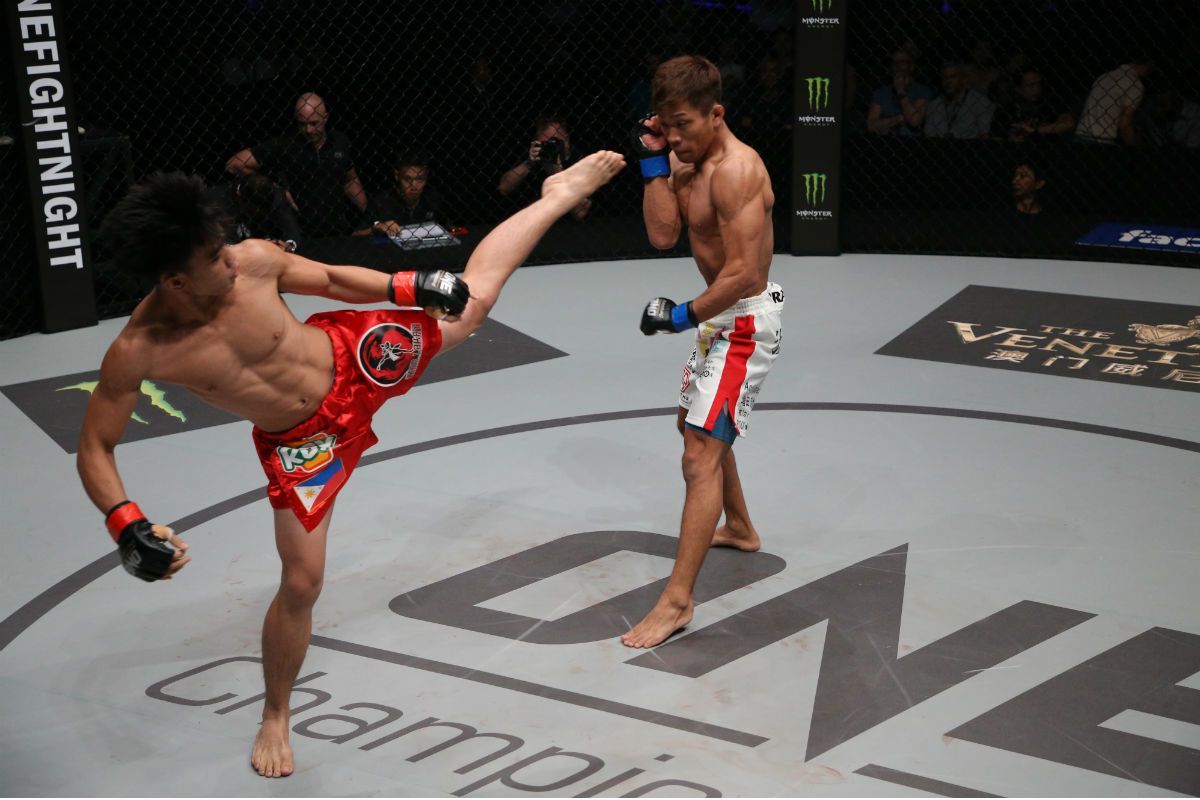 Rene “The Challenger” Catalan (5-2, 1 NC) is another with aspirations of challenging for the top honors, thanks to his remarkable five-bout winning streak. His domination of Stefer “The Lion” Rahardian – who was thought to be closing in on the top contender’s spot – has put him high up the list of potential challengers.

Below those men, a host of surging athletes have aspirations of joining, or re-joining the elite in the new year.

First and foremost, Naito is not to be written off. He already has two reigns as World Champion to his name, and his rivalry with Pacio is split at one win apiece. It may not take much for him to have a chance to begin a historic third run at the top of the mountain.

Former ONE Strawweight World Champion Dejdamrong Sor Amnuaysirichoke (9-4), and Jeremy “The Jaguar” Miado (8-3) are coming off huge wins, and could progress to prominence with a couple more.

Then, there are the Indonesian rising stars Elipitua Siregar (3-0), Egi Rozten (2-1), and the man with the most wins in ONE strawweight history – Adrian Mattheis (7-4).

All would admit they are not ready for a match with a World Champion yet, but they are in red-hot form, and their opportunity may not be too far away if they continue to improve and rack up victories.