Though it is the home of ONE Championship, Singapore is not traditionally thought of as a global stronghold for martial arts.

However, that has changed over the last few years, as gyms have opened throughout “The Lion City” – attracting athletes from all over the world to train under top-class coaches and training partners.

Many of those teams have provided some of the most successful athletes in ONE.

The most famous facility is almost certainly Evolve MMA, which boasts the most world champions on the planet, as well as the most experienced team of instructors in Asia.

Several of its members have tasted gold in the ONE cage, including “Unstoppable” Angela Lee, Dejdamrong Sor Amnuaysirichoke, and Alex “Little Rock” Silva. 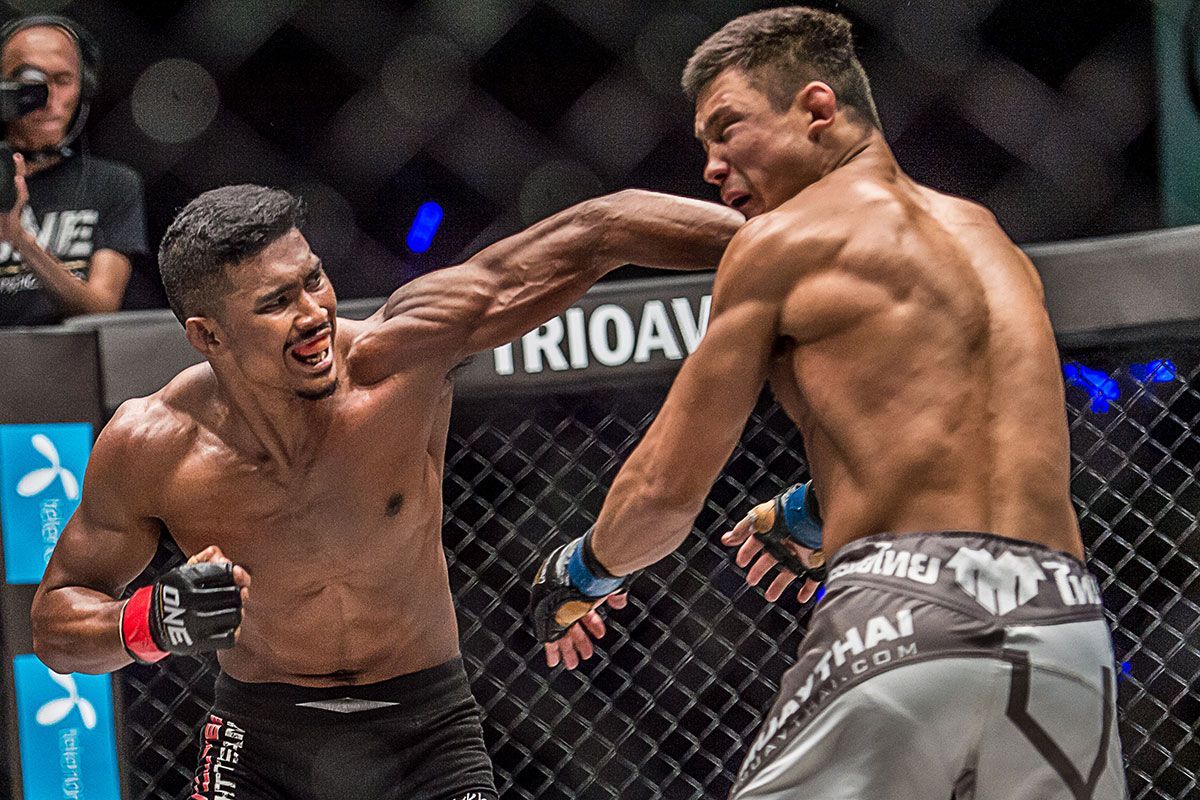 One of its most successful products is homegrown hero Amir Khan, who began his mixed martial arts career under the guidance of Evolve’s coaches.

The Singaporean was first introduced to martial arts at ASFitness, then picked up the sport of mixed martial arts as a teenager in the United States, before he set up shop at his homeland’s top facility.

“I went there, and I absolutely loved it. I felt like I had the opportunity to learn so much as a young kid,” he says

“When I first came to the gym, they made me spar with everyone on my second day. I realized it’s the best place to learn, because everyone is so high level. You have to train with the best to be the best.”

Muay Thai legends with hundreds of bouts and Brazilian jiu-jitsu black belts with countless gold medals are the perfect people to learn from. They have helped Khan to a 10-3 professional record, as well as the most knockouts in ONE history.

At 23 years old, there is still a lot more for him to accomplish.

“Evolve has well-structured training programs, team, gyms, and training from 6:30am until 10pm, so people can’t make excuses that they have work or school,” Khan adds.

“They provide the best – even for members. They give a lot of time slots for them to learn – classes all day. They give opportunities to people who are really keen.”

To focus solely on Evolve would do a disservice to the other gyms across Singapore. Though it may be the most visible, with four facilities, it is far from the only place that is home to top competitors, or that attracts top international talent. 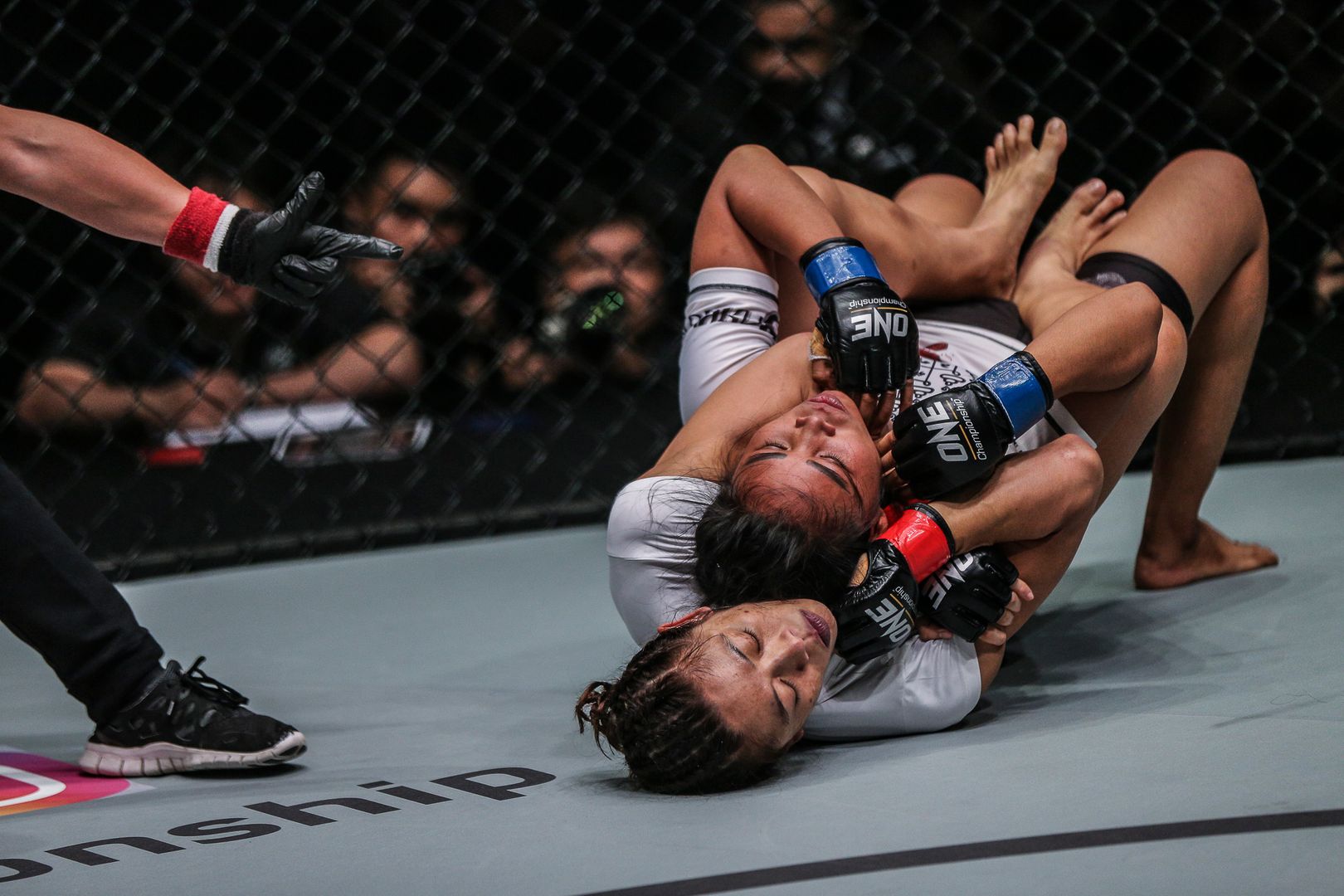 “Mighty” May Ooi has called Equilibrium MMA home since the closure of Brazilian Fight Club MMA, and she has based her training camp for her ONE bouts there, as well as her preparation for international BJJ competition.

Training under Takeo “Draculino” Tani, the Olympian feels it is the perfect environment to learn.

“Evolve obviously has the world champions and all of that, but Equilibrium is like a home gym. We are all friends there, and there are a lot of local people who train there.

“My professor Takeo is awesome. He is a really good guy – very knowledgeable, students love him, and he used to fight mixed martial arts too. So, he has been guiding me in my last two camps, and my camp for the Asian Games.”

There may be a familial atmosphere, but Equilibrium is hardly lacking in star power. There is a steady stream of elite grappling talent passing through all year long, as well as scores of athletes who use it as a base when they’re competing in the region.

This includes rising bantamweight star “Rock Man” Chen Lei, who was in town before his bout a few weeks ago.

“All the Chinese fighters are there, so I take that back – maybe it’s not so local,” Ooi laughs.

“And we get all these jiu-jitsu legends like Felipe Pena, Edwin Najmi, and Romulo Barral coming through every year, and I get to train with them, which is pretty awesome.”

The level of grappling on offer in the country has been high for years, which is what Emilio “The Honey Badger” Urrutia learned when he first came to Singapore to train five years ago.

Though the American is based in Thailand, he frequently makes the trip south – whether he has a bout lined up or not.

Nogi grappling with the old squad ????

“I usually come out for about a month or two,” he explains.

“When I fought for Singapore Fighting Championship (before he was signed by ONE), I did my home camp at Juggernaut Fight Club – I was there for about eight weeks each time.

“I usually come to Singapore right after my fights. That’s the best time to get better. I like to come out here and work my jiu-jitsu with all my friends at different gyms around town. I’ve been around!”

He thinks of Juggernaut as his home gym, after building a strong relationship with head coach Arvind Lalwani, one of the pioneers of martial arts in Singapore.

The center also has ONE lightweight Rahul Raju on its books running the mixed martial arts program.

“When I started at Juggernaut, I started doing Muay Thai, because they had a really good striking team,” adds former ONE Strawweight World Title Challenger Tiffany “No Chill” Teo.

“A lot of national team boxers came out from that gym, and the first Singaporean female professional boxer Shahidah (Nurshahidah Roslie) is also from Juggernaut Fight Club.”

Away from Juggernaut, Urrutia has also worked with the national wrestling team, the big names at Evolve, as well as Team Highlight Reel, which has not been around for long, but has already built up a fine reputation.

It is run by Major Overall, who electrified some early ONE cards with his incredible finishes.

She adds that he was a major influence in her early career in the cage, along with fellow coaches Luke Adams, who has since moved on, and Urrutia, when he stopped by.

“The three of them played a really big role in my mixed martial arts career, and gave me my foundation in all my necessary skills,” Teo explains.

“I sucked so bad at grappling,” she adds with a laugh. “I hated grappling so much. They were really patient with me, and taught me from zero. I knew nothing about grappling, and they brought me to where I am today.” 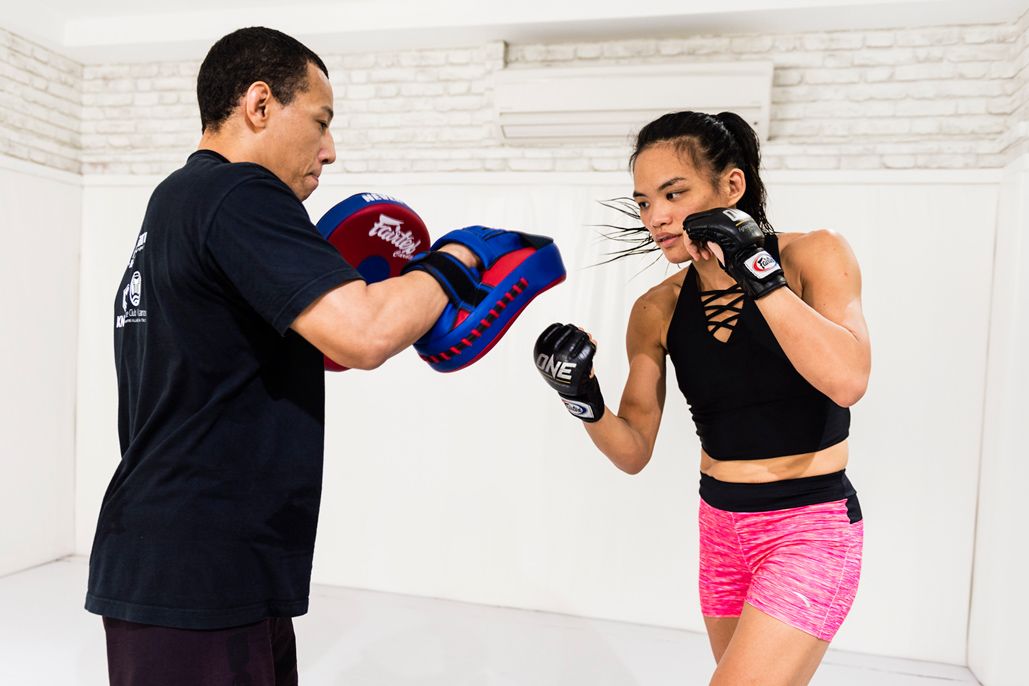 When Overall branched out at the start of her run in the Home Of Martial Arts, the Singapore National Boxing Champion followed, and it paid off.

Teo was drawn in by the no-gi BJJ program, and half of her victories in the organization have come by submission.

Singapore may be small compared to the traditional hubs of martial arts training, but there is undoubtedly plenty on offer for any martial artist in the market for an upgrade to their skill set.