Ritu “The Indian Tigress” Phogat has become a martial arts sensation in her homeland, but she admits none of her success would have been possible without her famous sisters.

The 25-year-old Commonwealth Wrestling Championships gold medalist – who returns to the Circle to face “Miss Red” Wu Chiao Chen at ONE: KING OF THE JUNGLE – was inspired and encouraged to succeed by the other members of her iconic family.

And now that she has stepped into the realm of mixed martial arts, she has become even more of a role model.

The Phogat family is well-known in India because of their wrestling success – nationally and internationally – which inspired the record-breaking Bollywood movie Dangal.

Sisters Geeta, Babita, Ritu, and Sangita – as well as brother Dushyant – were trained by their father Mahavir Singh Phogat, along with their cousins, Priyanka and Vinesh, from an early age.

However, before they developed their competitive spirit and inspirational focus, the girls were mischievous in training – particularly Ritu. When they were pushed hard by their dad, she would find ways to have fun with her sisters.

“I started training with them when I was 7 or 8 years old,” says Ritu.

Naturally, they used to get scolded and Phogat had to face the music from her sisters, but they developed a bond that was strengthened by their mutual support as they began to get more serious about their sport.

Sometimes, a bit of tough love was needed to push each other forward, but “The Indian Tigress” appreciated everything that helped her to move forward as her career progressed.

“They used to scold me if I had done something wrong. I used to feel bad about it but I understood that it was for my own good,” she says.

“I’ve spent most of my childhood away from my parents and home. It was mostly with my sisters at the national camps. We have a great bond.”

Geeta and Babita were first to achieve success at home and abroad, including Commonwealth Games gold medals. Plus, their achievements were made even more special because they had risen above social taboos and age-old biases against women to win medals for India.

This galvanized Ritu to work hard and win her own national titles and medals in international competitions.

“My elder sisters used to be featured in newspapers a lot for their achievements,” Ritu says.

Her success, in turn, had a great influence on her younger siblings, but nothing seems to have inspired them more than her decision to move on from wrestling to pursue India’s first World Title in mixed martial arts.

Last year, Phogat moved out of her comfort zone to Singapore to train with the famed Evolve team and add striking and submission skills to her top-class grappling base.

At first, her decision was questioned by sports fans in India because she was performing well and was seen as a potential medal winner at this year’s Tokyo Olympics. However, her sisters and family supported her decision wholeheartedly, which made her shift much easier.

She may be homesick in “The Lion City” and missing her siblings, but knowing they are behind her all the way when she enters the Circle helped her to put those feelings to the back of her mind.

“My whole family supported me in this transition,” she says.

“They noticed that I have a keen interest in mixed martial arts, so they never questioned my decision and fully supported it. Geeta was a bit nervous initially but she trusted me to pursue it with 100-percent dedication.”

Plus, now that they have actually seen her in action, “The Indian Tigress” has sparked the interest of the Phogat siblings.

“Actually, after my first bout, my sisters are taking a lot of interest in mixed martial arts,” she adds.

“They worry about my well being during the match. What if I get injured severely? But I am sure when they watch my bouts, they chant, ‘Let’s go Ritu, let’s go!’ – just like in our wrestling matches.”

Read more: Top 5 Performances From The Heroes Of ONE: KING OF THE JUNGLE 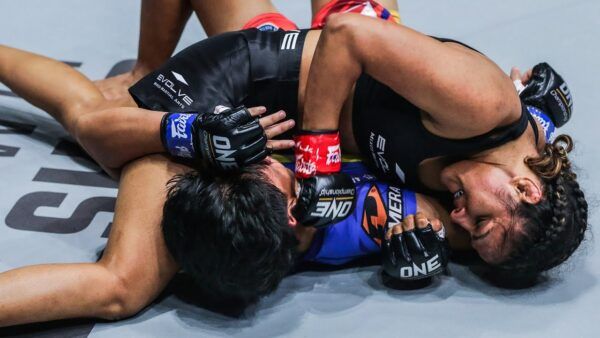 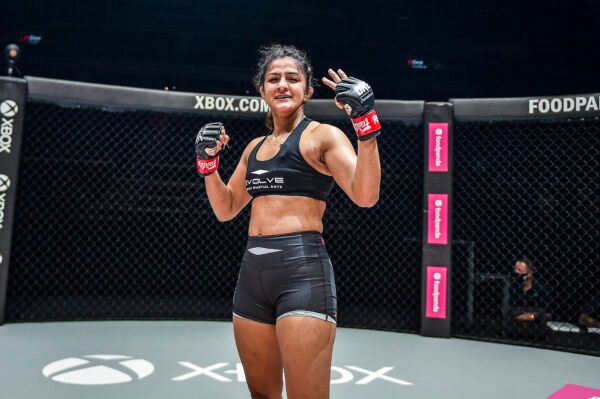