Very few people can say they achieved a truly historic feat, but Aung La “The Burmese Python” N Sang is one of those rare individuals.

On this day four years ago, the Myanmar superstar defeated his bitter rival Vitaly Bigdash to win the ONE Middleweight World Title and become his nation’s first-ever World Champion in any sport.

What’s more, he earned the gold in front of his compatriots at the Thuwunna Indoor Stadium in Yangon.

Heading into this monumental showdown, Aung La N Sang had something to prove and a score he needed to settle.

But that perfect run ended at ONE: QUEST FOR POWER in January 2017 when the Myanmar star challenged then-ONE Middleweight World Champion Bigdash on two weeks’ notice. Though he put forth a valiant effort for five hard rounds, “The Burmese Python” fell to the mighty Russian via unanimous decision.

Aung La N Sang knew he could perform better with a full training camp, and just like that, the stage was set for an epic rematch.

On 30 June 2017 at ONE: LIGHT OF A NATION, Aung La N Sang entered the Thuwunna Indoor Stadium in the Myanmar capital for his World Title rematch with Bigdash. And he began that homecoming by bringing the thunder.

“The Burmese Python” rocked the visiting middleweight king with a cross and then unleashed a heavy assortment of rights and lefts to knock the European down. The local hero followed with ground-and-pound, but the durable Russian survived the opening stanza.

Aung La N Sang continued to fire his strikes in the next two rounds, but Bigdash used his stand-up arsenal to set up takedowns and punish the challenger on the mat. At one point, he even had the Myanmar fighter’s back and came close to securing the rear-naked choke.

While both men traded shots in the fourth frame, “The Burmese Python” pressed the action and connected with the cleaner blows throughout the period. He continued to land, especially with his right hand, in the fifth and final stanza, but the Russian hit a pair of takedowns and ended the main event tilt in the local hero’s guard. After five rounds of intense action, all three judges unanimously scored the bout in favor of Aung La N Sang. The crowd exploded into a frenzy as the emotional hero was handed the ONE Middleweight World Championship belt.

Just moments after the historic win, “The Burmese Python” spoke with Mitch Chilson inside the Circle and delivered one of the best martial arts quotes of all time.

“I’m not talented. I’m not good. I’m not fast. But with you, I have courage, I have strength, I have what I need to win the World Title!”

Though Aung La N Sang’s reign came to an end last October, his achievement four years ago will live on forever as a beacon of hope and a source of pride for the Southeast Asian nation. 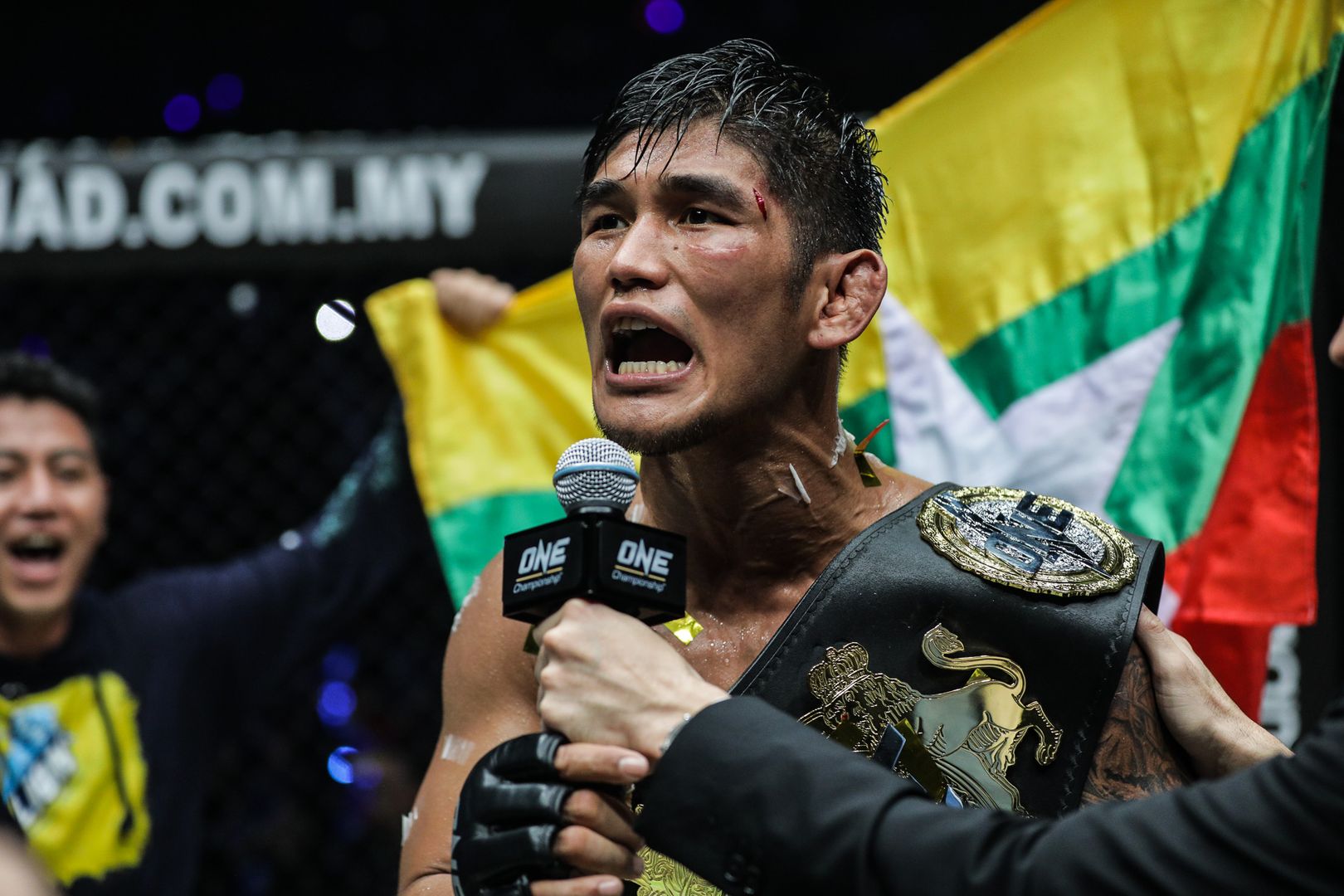