Martin “The Situ-Asian” Nguyen (10-2) is becoming one of the busiest athletes in ONE Championship.

The 29-year-old captured both the ONE Featherweight and Lightweight World Championships last year, and narrowly missed out winning the ONE Bantamweight World Title in late March.

Now, eight weeks after that five-round battle with Bibiano Fernandes, the Vietnamese-Australian hero is scheduled to defend his featherweight world title for the first time.

On Friday, 18 May, he defends the gold against young sensation Christian “The Warrior” Lee at ONE: UNSTOPPABLE DREAMS in Singapore.

This will be a rematch of their first encounter in August 2016, when Nguyen put the Singaporean prodigy to sleep with a first-round modified guillotine choke after a frantic few minutes of action.

Since then, both men have only shown great improvements in their ability, but fans in the Singapore Indoor Stadium can expect a similar level of excitement thanks to their commitment to chasing the finish in every bout.

In this exclusive interview, Nguyen talks about his upcoming title defense, what’s next for him in the lightweight division, and another rematch we could see very soon. ONE Championship: You lost a close match to ONE Bantamweight World Champion Bibiano Fernandes in March. Do you see a rematch happening?

Martin Nguyen: Man, it has to happen. It only makes sense. In terms of him beating me, look: it was razor-thin. I just have to accept on that day, the judges gave [the victory] to him. I have moved forward already. But for him to beat me decisively [and show] I am not in his league? That did not happen.

ONE: Why do you think Kevin would knock out Bibiano?

MN: Kevin is on a roll at the moment and I salute him. From where he came from with that first fight against Bibiano until now, he has taken out some big guys. He has shot up the ranks and taken out guys who have been on winning streaks.

I believe he deserves a title shot. It is either me or Kevin for Bibiano, and it is up to Bibiano at the end of the day. The ball is in his court. I will be ready no matter what.

ONE: On Friday, you defend your featherweight world title against Christian Lee in a rematch. How has he changed since your first bout with him two years ago?

MN: I believe he has evolved into a new fighter. Sometimes it takes a loss to realize our true potential, and he has worked his way back up the ranks.

I thought he did it the easy way instead of fighting the true number one contender, who is Marat [Gafurov], but it only makes sense to have the rematch now.

ONE: Although you own a victory over Christian, he will have his home crowd behind him in Singapore. Do you think you are the underdog in this bout?

MN: Of course. I think I will be the underdog no matter what. I have said multiple times that a lot of people keep doubting me. I know when it comes to fights, everyone thinks I am going to lose. I catch everyone by surprise. People close to me know what I am capable of.

Coming into this fight – with the momentum he has, and with his sister (ONE Women’s Atomweight World Champion Angela Lee) being on this card too – I am pretty sure everyone will be picking him as the favorite. But it was the same situation in our last fight. 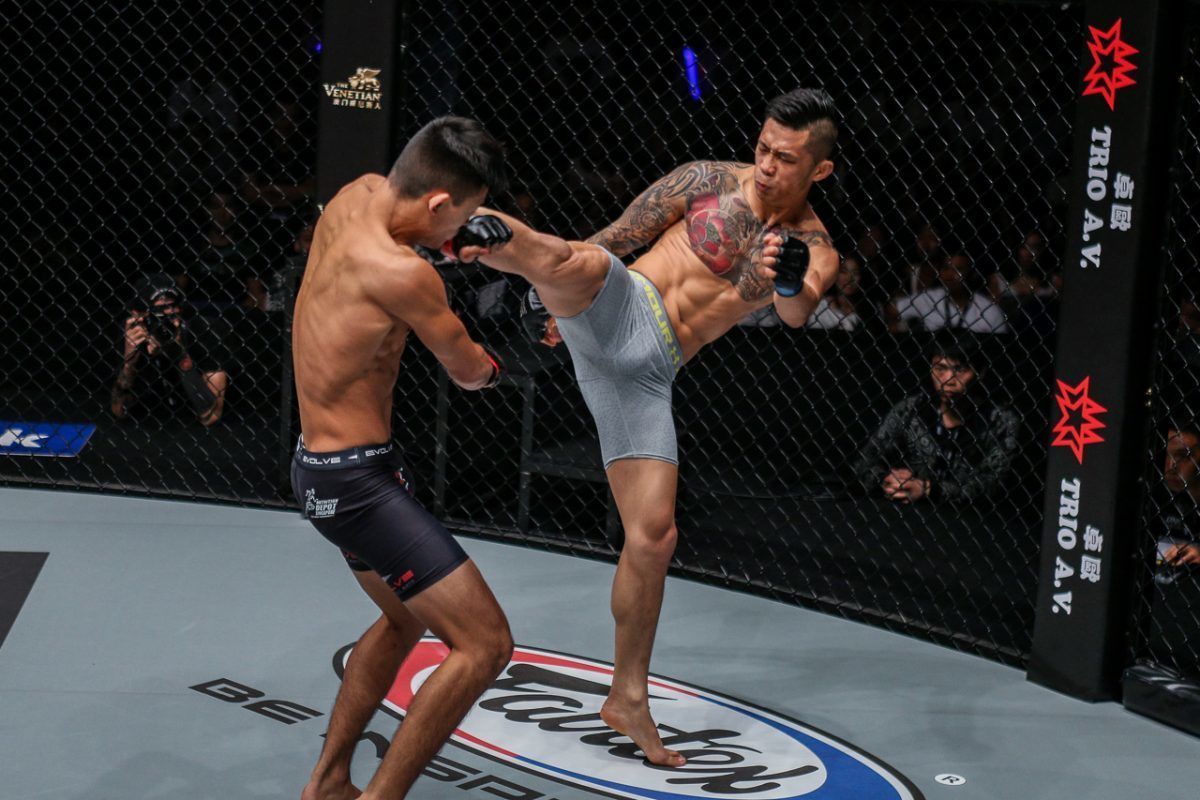 ONE: How do you think this bout will end?

MN: My last fight went to a decision. I never really intended that to happen, but there was something to prove when it came to five-round fights. When it comes to me and Christian’s styles, however, we are both finishers.

Anything he brings, I will be ready for. There will be no excuses from my end. It is either him finishing me, or me finishing him. That is how it is going to go.

ONE: There are also six top lightweights competing on the main card including Eduard Folayang, Shinya Aoki, and Rasul Yakhyaev. Do you think we may find the next lightweight challenger in Singapore?

Eduard has to win. [He may need] a couple more fights before we meet again, but the others make sense. Rasul took out Shannon [Wiratchai], who was on a six-bout win streak. He wanted another top contender, which is Shinya, who has been at the top of the game for the last decade. Whoever wins that could be the next title challenger.

ONE: Speaking of Eduard, you two still have a good friendship, despite your battle back in November. What do you chalk that up to?

MN: It is the journey. We are part of each other’s journey. We met through martial arts, and martial arts combat is where we competed against each other. I personally do not let that get involved with our friendship.

I do not know how he feels, but I know we are on speaking terms. I hope he is not taking [the loss] to heart. I know he is working hard to get the title back, but it is what it is. This is our job at the end of the day.