If “The Ghost” Chen Rui’s route to ONE Championship can teach us anything, it is that you can achieve happiness if you follow your dreams.

The road to self-fulfillment may be long and hard, but as the man from Chongqing, China explains, all the effort is worth it.

As one of The Home Of Martial Arts’ most exciting young bantamweight athletes, Chen dreams of World Title glory in ONE, and he has yet to put a foot wrong. If he can add to his spotless 7-0 record this Friday, 12 July, at ONE: MASTERS OF DESTINY, with a win against Troy “Pretty Boy” Worthen, he can he take another major step towards the ultimate prize.

Before he takes on a fellow-unbeaten rising star, Chen reveals how he was inspired to follow his heart and chase glory on the global stage. 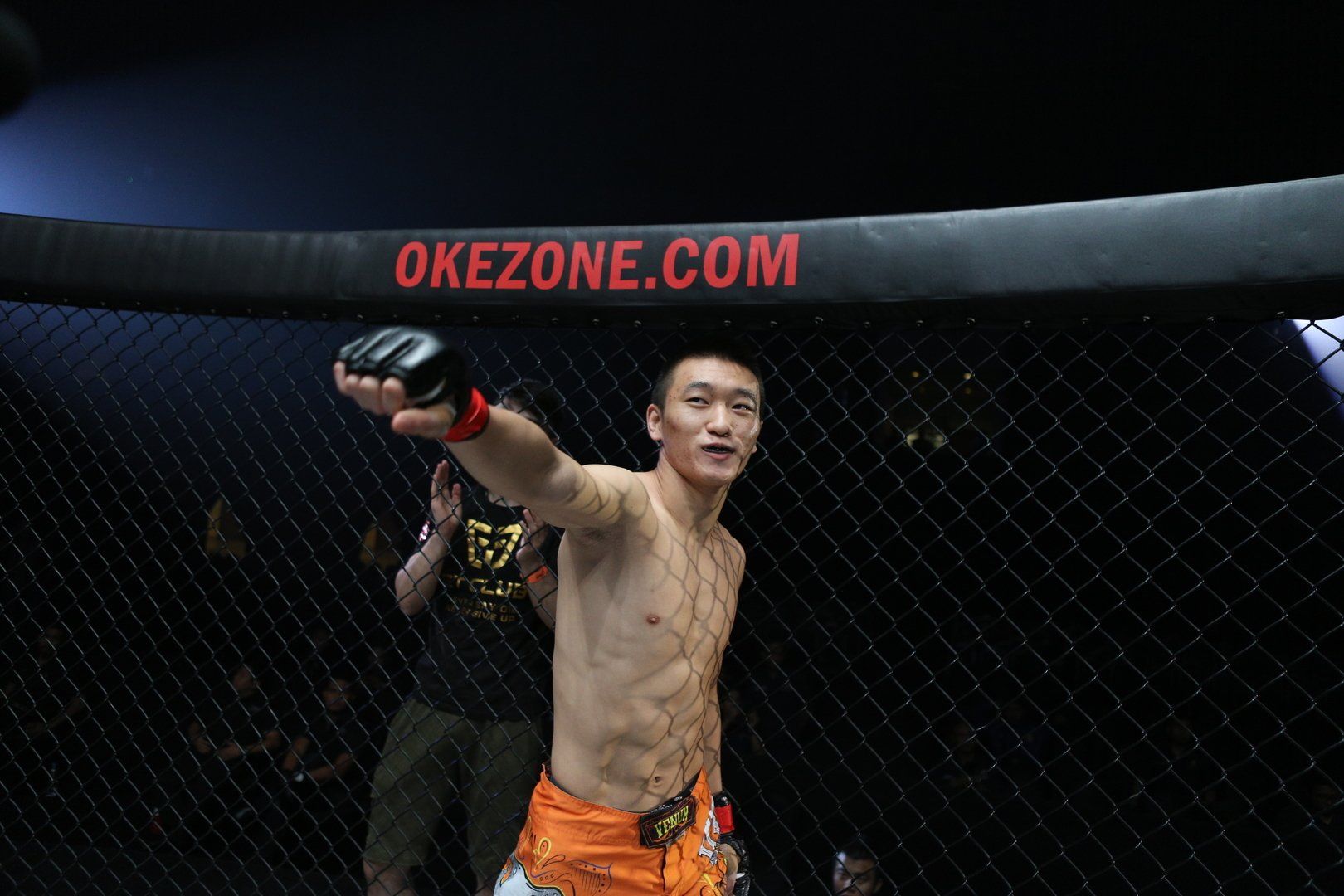 Chen was born in Chonqing, but moved to Guangdong at the age of 6 when his parents relocated for jobs in the manufacturing industry.

Their work gave the family a stable income, but “The Ghost” saw that his mother and father were not passionate about what they did, and he resolved not to live his life like that.

“My family worked really hard, but they were not doing what they liked to do,” he says.

“I saw they were depressed sometimes because they did not live the lives they wanted – just the ones they had to live. This is what inspired me to do exactly what I really like to do. Now I’m a person who follows his heart.”

His heart was set on a life in martial arts. This dream was sparked as a boy, first by the animated escapades of Dragon Ball Z, and then by the films of Bruce Lee.

As he grew up, he was fascinated by mixed martial arts, and devoted hours to studying the legends of the sport via online videos.

“I liked watching kung fu movies – I liked Bruce Lee. Then, I learned about mixed martial arts,” he explains.

“I started to look for videos on the internet about mixed martial arts, and I became obsessed with it.” 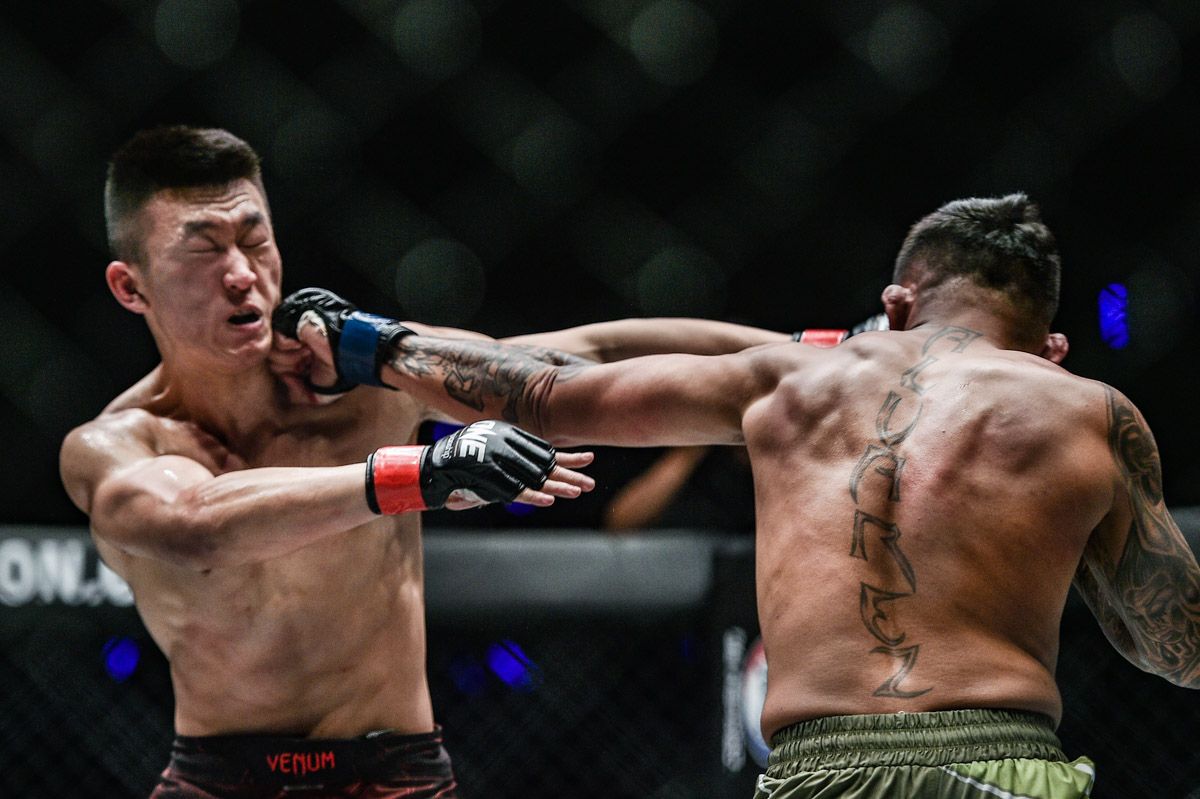 Chen was committed to emulating his heroes, but when he started to train toward a career as a professional athlete, he quickly realized how difficult his years as a novice competitor would be.

He had to work long hours to support his income, and he did not get a lot of support from his loved ones while he lived an exhausting existence.

“The hardest time in my life was the early days when I started to train,” says the 22-year-old.

“I had to make a living and train at the same time. My parents were against it, and I sacrificed a lot of time with my family.

“I trained in the morning and worked as a doorman at night. I needed money, so I would just cook some oats with hot water when I was hungry.”

But if Chen thought he was already being disciplined, he was in for a surprise when he witnessed the habits of his training partners at Chengdu Ashura Fight Club.

“The Ghost” had habitually stayed tucked up in bed following his nightshifts – especially when winter turned the early mornings into a forbidding prospect. However, the other athletes braved the frigid air and set about their daily regimen.

If he wanted to make it at the highest level, Chen knew he had to join them.

“The training was very tough, and as it turned to winter, the weather became very cold,” he recalls.

“The weather made me feel lazy. One early morning I got up to go to the toilet, and I saw [my teammates] had already started training.

“I was so shocked by what I saw. I realized the difference between us was not how we performed in training, but in our attitudes.” 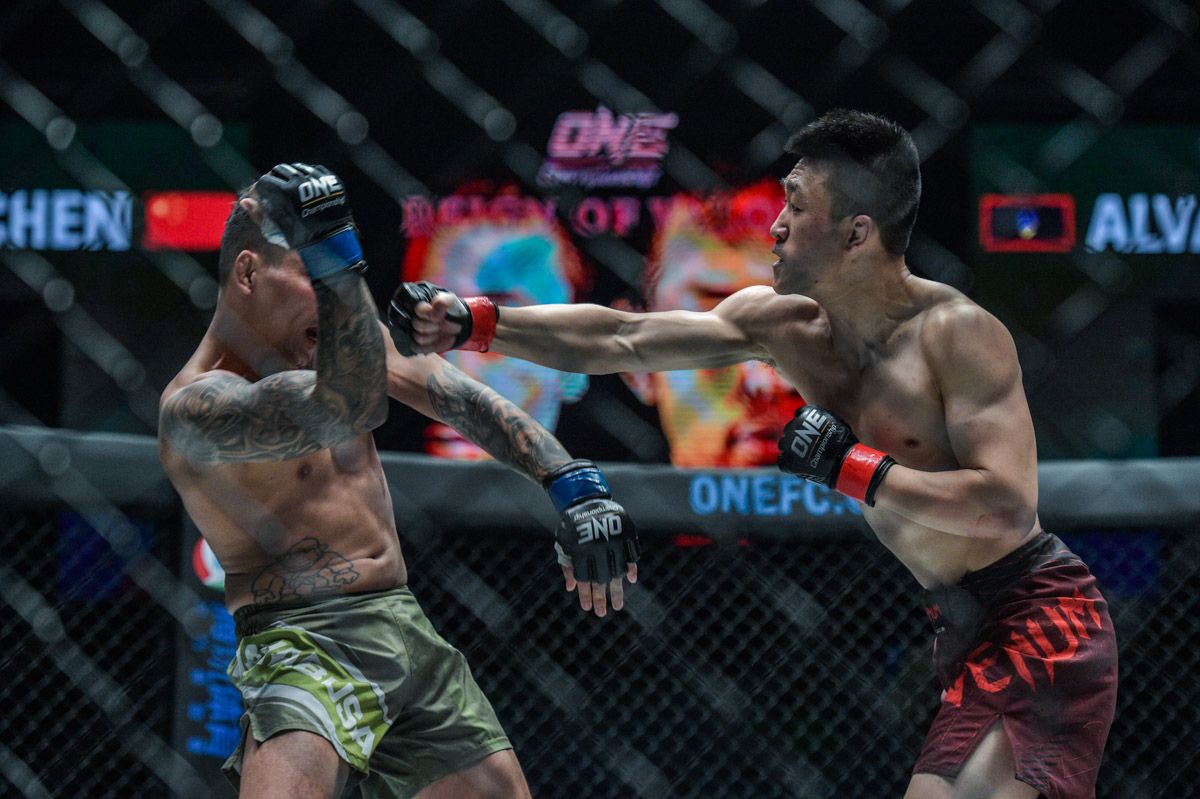 Chen threw himself into the sport with renewed diligence, and he saw that it was not just his technical ability that developed.

“I learned you have to keep training, even when your body is tired, pushing yourself to be as ready as you can be. Besides the physical pain, the hard part is your mental control – you need to repeat the same training every day,” he explains.

“Martial arts taught me to be disciplined, to work hard, and to keep pressing on. I used to be a very introverted person, but now I’m more and more confident.”

The stand-up specialist took his positivity into competition. Following a win in his professional debut in December 2015, “The Ghost” jumped straight into the world’s largest martial arts organization and won two bouts in one night to capture the ONE Jakarta Tournament Championship at ONE: TITLES & TITANS.

“I was nobody at that time, but I was fearless. I think that is the reason I won,” he says.

“[In the final] I faced an opponent [Cheng Zhao] with a lot more experience, but I didn’t give up. Winning that title gave me a lot of confidence.”

He took that confidence back to the Chinese domestic circuit, where he picked up three more victories, before the global stage beckoned once more. He was delighted to return in March with a resounding win over Roman Alvarez to put him on track for a campaign toward the top.

“ONE is a very good channel to showcase to the world a good fighter like myself, and for me to prove my value,” says Chen.

“Every fighter needs a clear and strong goal, and mine is to challenge the World Champion.” 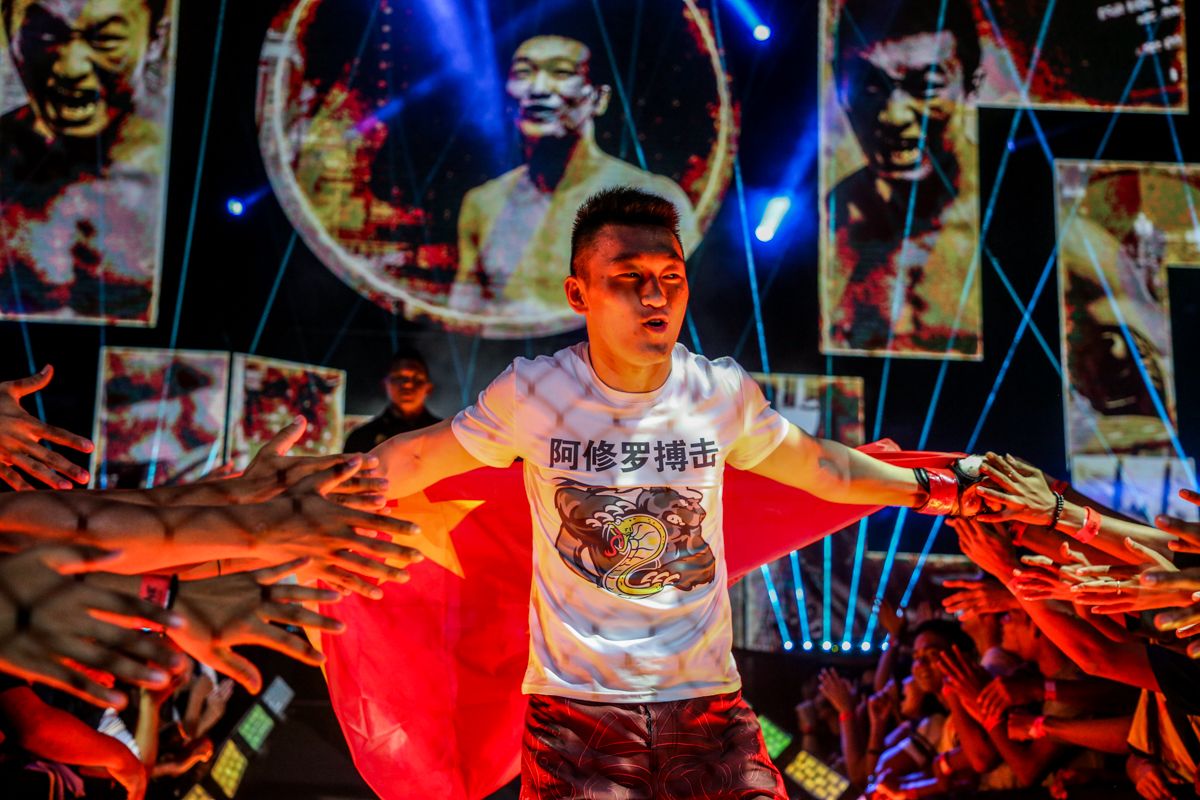 Beyond success in the Circle, Chen wants to spread the word that personal fulfillment lies in the pursuit of your dreams.

He hopes that by following his example, young people around the world can find happiness by pursuing their passion. It may take a lot of hard work, but the effort is worth it.

“I was unpromising in the beginning. No one had any high expectations for me,” he says.

“I had neither any basic skills nor a good foundation, and I only started training when I was 18, but I worked hard to be here now.

“I want to tell you that no matter how hard the conditions are, don’t give up. You need to have a clear goal, and to keep chasing it. No matter what the result is, the process is a journey you should be proud of.”

“The Ghost” does not say that martial arts are the answer for everyone, but the way it has affected his life is unquestionable.

Though it took him away from his family and put him through some tough times, it had an overwhelmingly positive effect on his life.

“I went from a boy who always stayed at home to someone who is full of confidence. It changed my life,” he says.