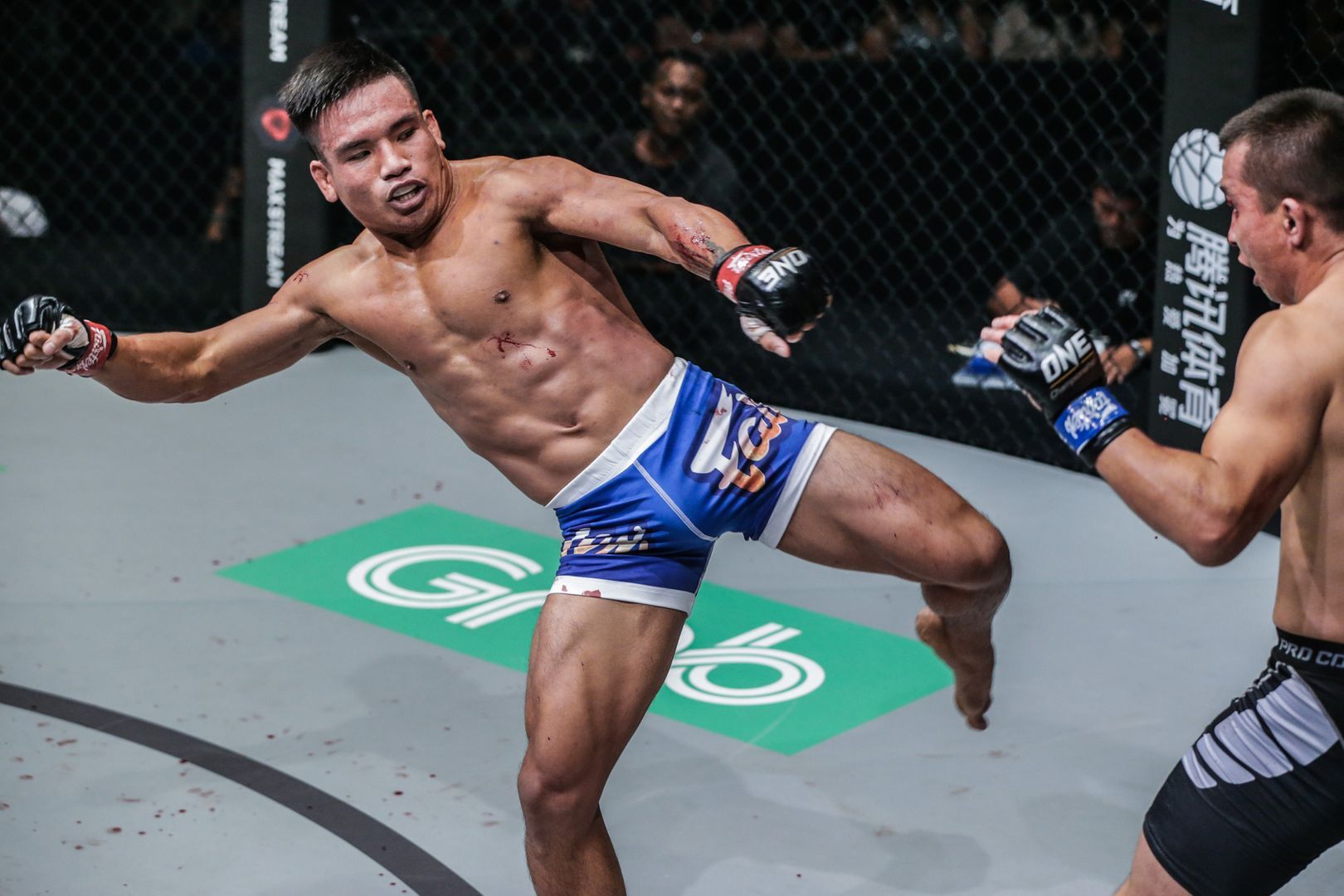 Mark “Tyson” Fairtex Abelardo had the unwavering support of one man from the very beginning of his journey in martial arts.

Abelardo – who returns to action against “Pretty Boy” Troy Worthen at ONE: KING OF THE JUNGLE on Friday, 28 February – has shared his passion with his father, Jonathan, since he was a child, and he is still his biggest fan.

Abelardo Sr. was the one who introduced his son to martial arts at a young age, which is no surprise because it was a huge part of his life.

“My dad is a third-degree black belt in PUMA (Philippine Union of Martial Arts) Sikadsu, a Philippine form of combat karate, and he competed when he was back home in the Philippines,” explains “Tyson.”

“He had a huge passion for martial arts. When I was growing up, he ran his gym so I was always around it. He was always watching Bruce Lee and Jackie Chan movies, and we always enjoyed watching K-1 and Pride together.”

Jonathan moved his growing family to New Zealand before his son was born, and after the family settled, he wanted to continue training and spread his style in their new home.

He worked hard as an engineer by day and ran his own martial arts school in his spare time. Abelardo grew up within its walls and gained an early education and respect for combat.

“I remember going down every Saturday with my dad – my sister was training at the time, too – and I’d always go with them and help set up, clean up, and I got to know everyone there. It was like a family environment,” he recalls.

The Fairtex representative started to train seriously when he was 10, but he had to stop a year later when his father made the tough decision to close the gym and concentrate on his career.

Still, all the time he spent watching his father coaching, and then practicing under his tuition left a lasting impression on him. Though he changed his focus for many of his teenage years, his enthusiasm for martial arts was rekindled when he started to watch bouts on TV.

“Once he stopped the gym I found passions in other sports,” the 28-year-old says.

“I started playing basketball, but it wasn’t until I was around 17 when I started getting the bug again from fighting. I was watching mixed martial arts but I never trained, and one day I just thought that I wanted to give it a go.

“I told my dad, and he was ecstatic. He took me to the closest gym that night and I instantly had the passion for it again. I trained hard for a year in everything before I had my first amateur fight.

“I wanted to take it seriously, so I did jiu-jitsu, kickboxing, mixed martial arts, all of it, and I didn’t look back.”

That mentality was born from his time on the mats with his father, who taught him the values he needed to make quick progress as a competitor.

“He was always a very traditional-style instructor. It was all about the discipline,” Abelardo adds.

“When you went to train, you weren’t there to joke around. That was something I saw and that was instilled in me too – just train hard and then reap the rewards.” 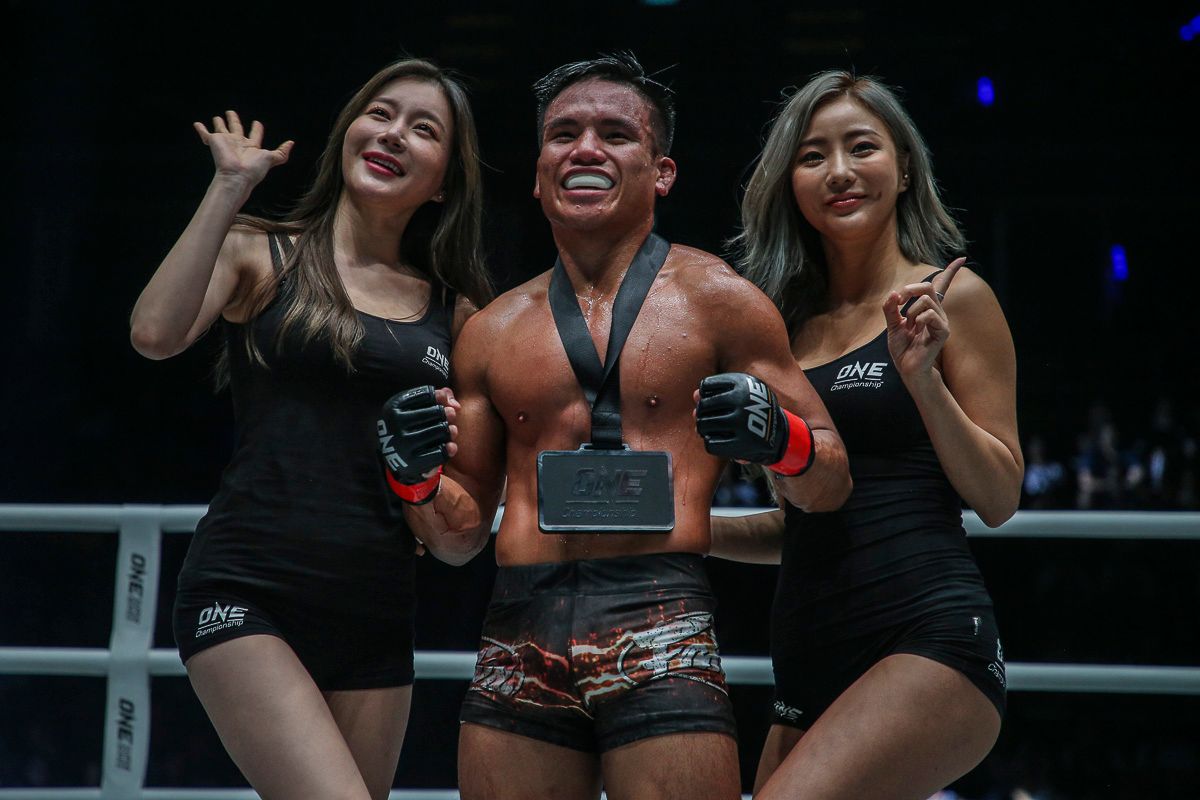 Ever since then, as Abelardo traveled the world to train and compete, his dad has been his most vocal supporter and biggest source of encouragement.

When he came to a crossroads and had to choose between his computer science studies and martial arts, “Tyson’s” decision to put everything into his training was much easier with the backing of his family, and now he is reaping the rewards in the world’s largest martial arts organization.

“He’s definitely my number-one supporter. My first two amateur fights he was there up in the crowd, screaming away,” Abelardo smiles.

“Then he moved to Australia for a new job and to be closer to my grandparents, but when I fought there he flew across to watch me with my brother, and he always watches the videos or live streams, especially now I’m in ONE.”

As well as the whole-hearted support of his goals, Jonathan’s lifetime in martial arts helped him to pass on some pearls of wisdom for his son.

These have helped “Tyson” to achieve an incredible amount of success already, and keep him pushing towards even bigger targets on the global stage.

“He always told me to believe in myself, and don’t mind about the wins or losses,” Abelardo reveals.

Read more: 3 Bouts That Could Steal The Show At ONE: KING OF THE JUNGLE 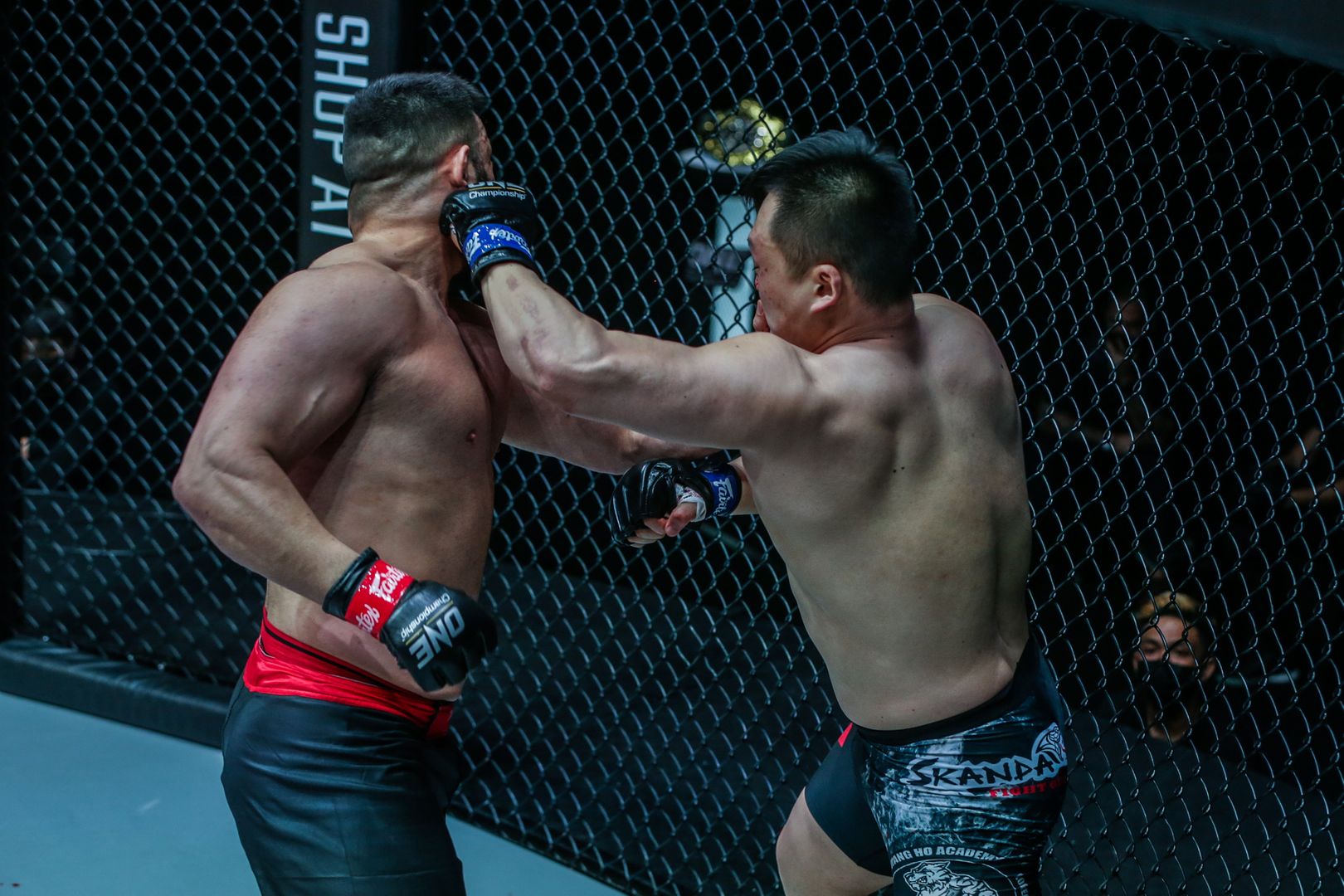 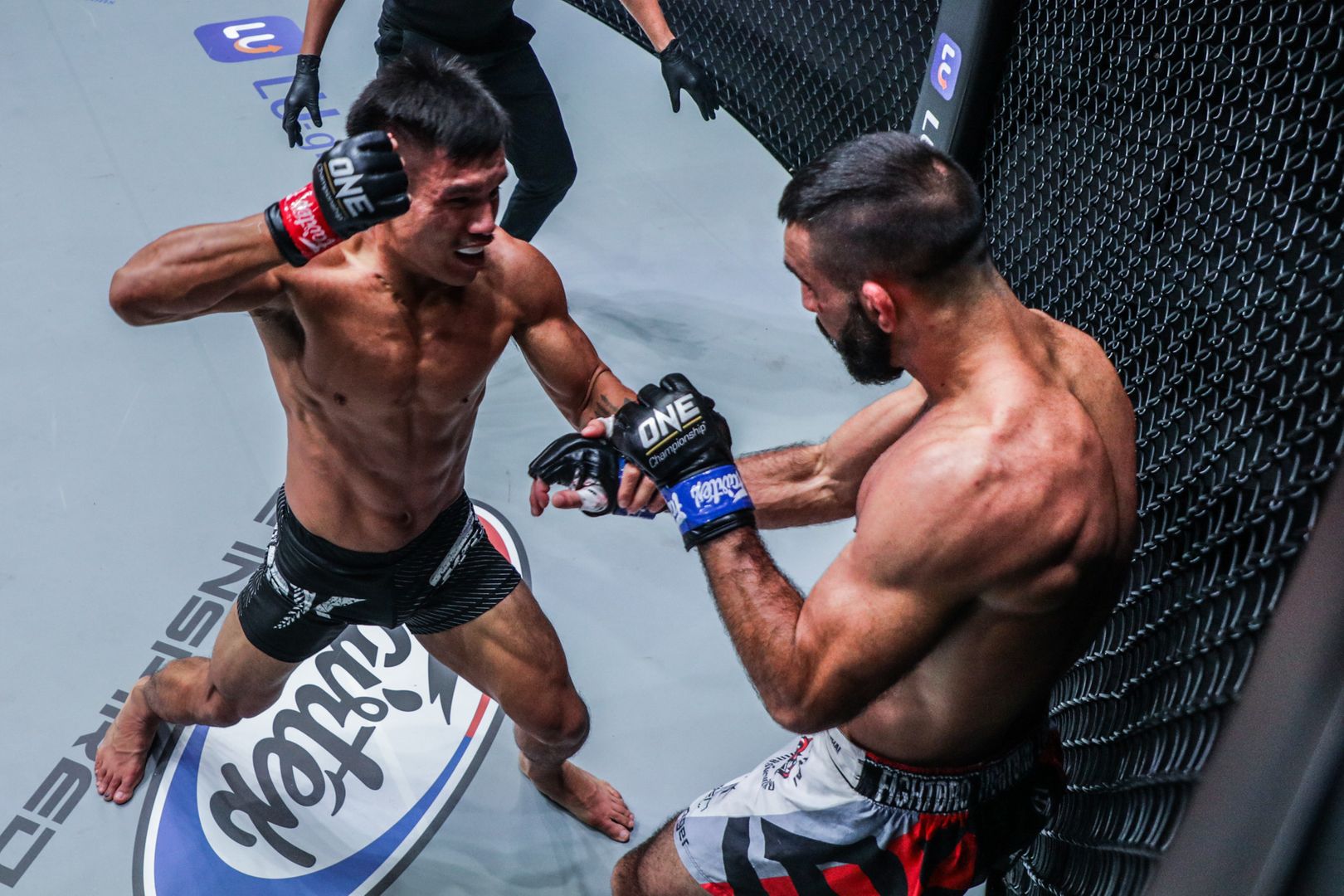 The Top Fight Highlights From ONE: FISTS OF FURY II 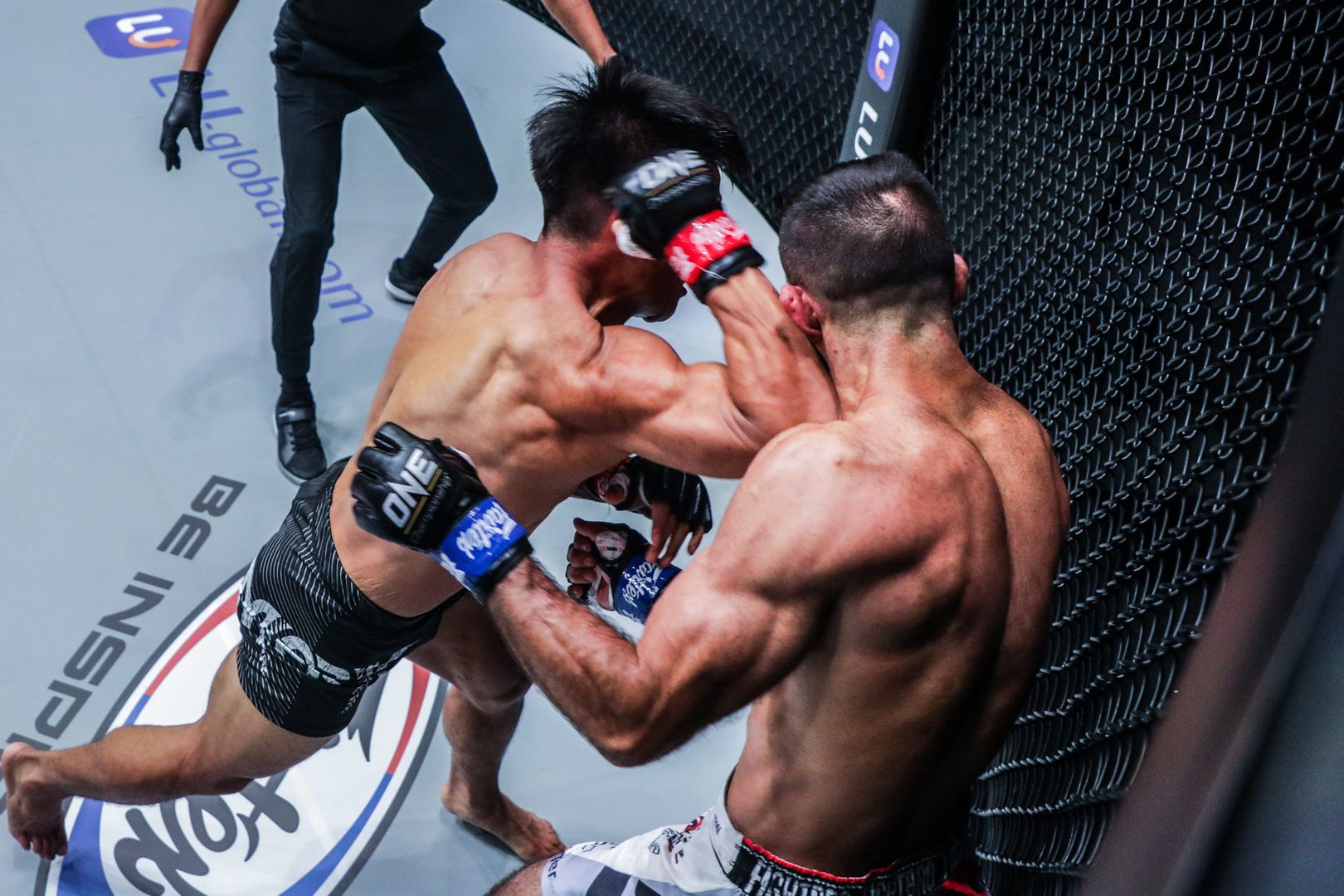 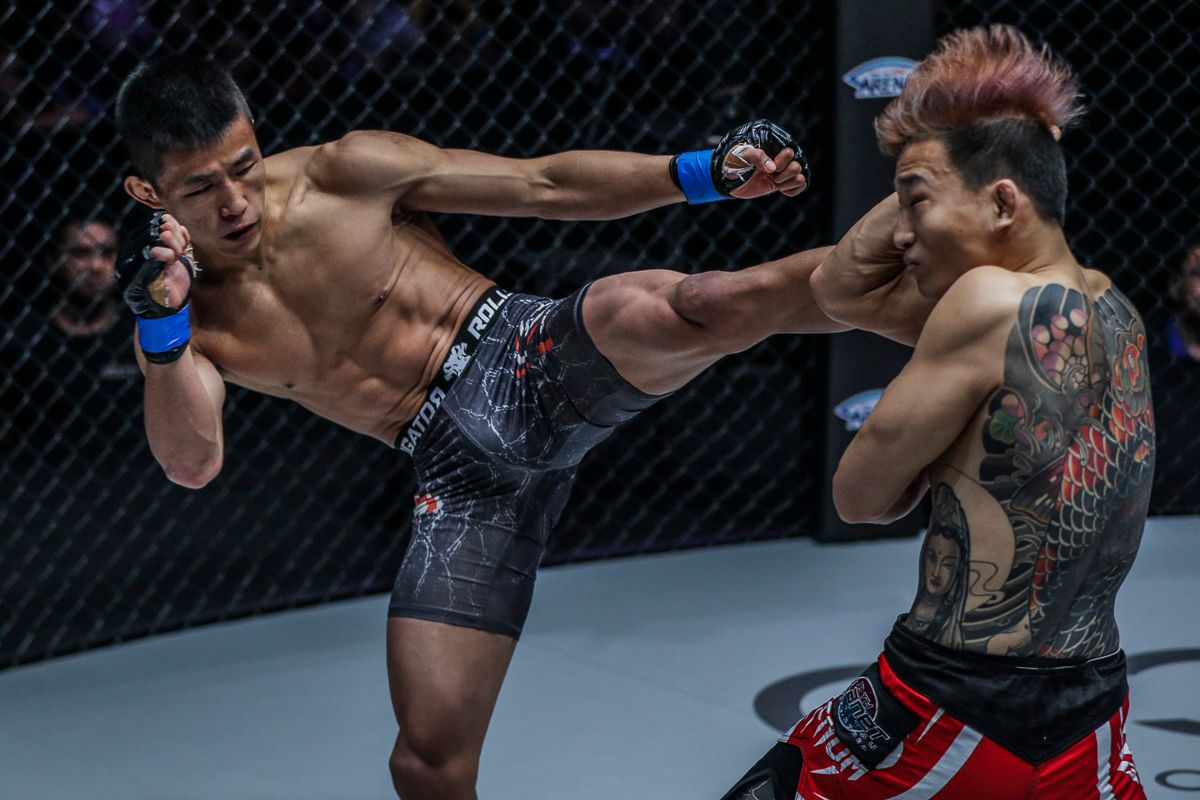 3 Fights That Could Steal The Show At ONE: FISTS OF FURY II