Mark “Tyson” Abelardo may be a new addition to ONE Warrior Series (OWS), but he has already made quite an impact.

At the OWS 2 Mid-Season Finale in July, the 26-year-old Kiwi defeated Iranian striker Ali Motamed in a captivating three-round performance, which was viewed by many as the best bout of the night.

Now, Abelardo is looking to develop his skills and build on his momentum to earn a contract with ONE Championship.

He has been training for an opportunity like this his entire life.

Following In His Father’s Footsteps Deep down, Abelardo always knew he was going to have a martial arts career. In many ways, he was just following in his father’s footsteps by getting into the family business.

Long before the OWS contestant was born, his dad competed in full-contact karate events in his native Philippines. Once he decided to start a family, however, he relocated to New Zealand and opened his own academy.

Abelardo frequently visited the dojo in his childhood, and always wanted to join the other students on the mats.

“I grew up watching and being into martial arts because my dad coached at his school when I was younger,” he explains.

“I was too young to train at the time, but I was always watching and always with the students. It was not until I was 10 years old that he started training me. I grew up with martial arts.”

Abelardo’s passion intensified when he heard the call of the cage.

Fortunately, he did not need to convince his old man.

“My dad was all for it,” Abelardo says. “He just loves the sport. He loves martial arts. Having me make the transition and trying that too, he was all for it. He is one of my biggest supporters.”

2nd round TKO win. Tough fight against the brother Roman ✊

Abelardo spent a year training in various disciplines and learning more about the sport. Then, he tested his skills on the amateur level with a pair of bouts.

In August 2010, he was ready to take the next step. He kicked off his professional career with a split decision victory. From there, he slowly continued to cultivate his skills, and build his name on the regional scene.

Since he was not making much money from his developing mixed martial arts career, he went to college to learn the skills to supplement his income with a stable job in the future. That, however, stretched his time, and he was forced to make a difficult choice.

“I was doing IT support, and I scraped through the year. I passed, but I was fighting, too,” he explains.

“At the end of that year, I was like, ’It is hard to juggle both,’ so I had to choose one. My passion for mixed martial arts was huge, so I chose that, and I stuck with it.”

Still, Abelardo needed to financially support himself until his mixed martial arts career took off. He worked in an optometry warehouse, and trained and competed as much as possible.

The Kiwi wanted nothing more than to spend his days and nights in the gym, and put every waking moment towards making his dreams a reality.

Soon, fate intervened in the form of social media.

“I saw on Facebook that there was an application for fighters to be sponsored at Team Quest Thailand over in Chiang Mai, but the deadline for the request was the day before I read it,” Abelardo recalls.

“I decided to just try it anyway – I had nothing to lose. I sent that in, and a week later, I got an email from the manager. He said, ‘We like what we see, could we schedule a Skype interview?’

“When they talked to me, they were straight up with me. They told me what was being offered, and they asked me if I was ready to move. At the time, I was not, but I just decided, ‘Yep, I am ready.’

“I resigned from my job and I sold my car – I sold everything. Then, I went [to Thailand] two months after that.”

The Winding Road To ONE Warrior Series 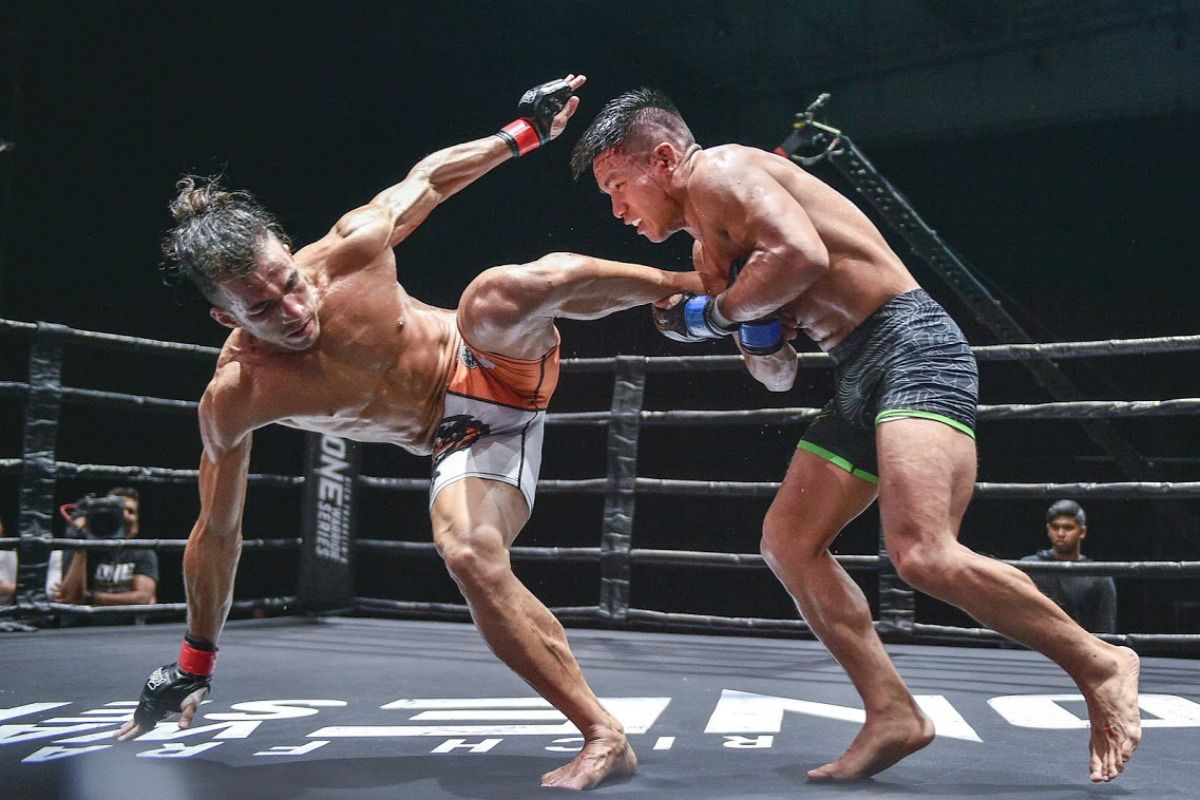 Once Abelardo moved to Thailand, his career flourished.

He began putting together an impressive résumé — and became a mainstay in the PXC organization. But after three years at Team Quest Thailand, he was getting homesick.

Being away from his family for months at a time was weighing on him, so he moved back to New Zealand to give himself a fresh start – and his first real break from mixed martial arts since he started practicing the sport as a teenager.

Moving home also meant going back to a regular job. However, that was the last time Abelardo put his dreams on hold.

“It was definitely nothing I wanted to keep doing,” he says. “I used it as motivation to get back to the end goal.”

Abelardo did not have to work that job for too long, though.

Soon, he accepted an invitation from a former teammate to train full-time in Denver, Colorado, in the USA for three months, and then he returned to Thailand – this time, Pattaya – to join the world-famous Team Fairtex.

Following a 14-month layoff from competition, he represented the gym for the first time at a China event in February.

“I was fighting a weight class above, and I had a lot of pressure to represent my team, but I was fired up because I wanted to make a comeback,” he says.

The Kiwi lived up to his “Tyson” moniker and earned a first-round knockout. He returned to China a month later for a catchweight bout, and left with a unanimous decision victory. 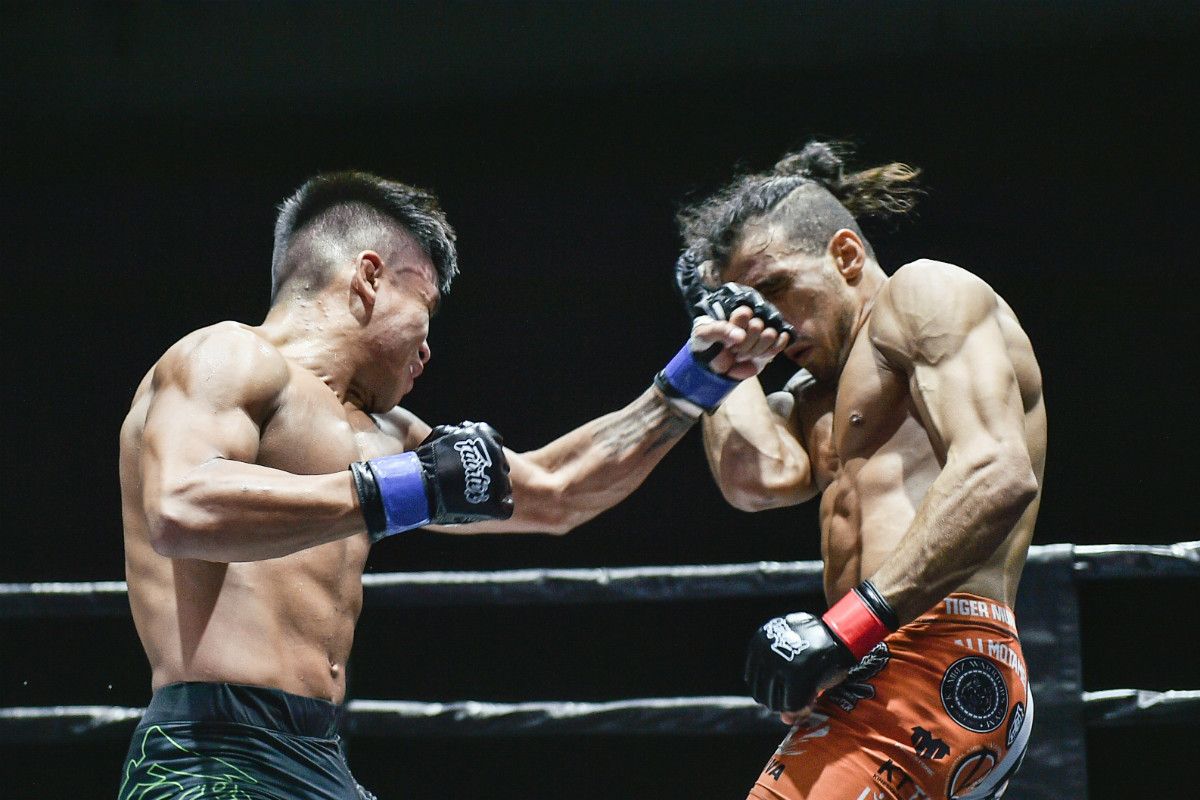 Now, he finds himself on OWS, where he is competing with other talented bantamweights to secure a spot in ONE Championship.

Abelardo has long been a fan of the world’s largest martial arts organization, and if he can follow-up on his recent breakthrough performance on OWS Season 2, he may finally realize his teenage dream.

“I am still pushing for it,” he says. “I am just training hard, and gunning for another win.”