Christian “The Warrior” Lee has risen to every challenge that’s been put in front of him, and he’ll have to step up once again when he meets Ok Rae Yoon at ONE: REVOLUTION.

The reigning ONE Lightweight World Champion will defend his crown against Ok in an intriguing main event clash this Friday, 24 September, following the South Korean’s stunning rise to the #3-ranked contender spot.

Ok possesses a skill set unlike any of Lee’s previous opponents, but “The Warrior” is a master at finding the right tools in his arsenal to get the win. He’s beaten every other ranked lightweight contender, so this matchup will determine whether the division features a dominant king or a fresh titleholder to challenge.

Here are the keys to victory for both men ahead of this epic encounter at the Singapore Indoor Stadium. 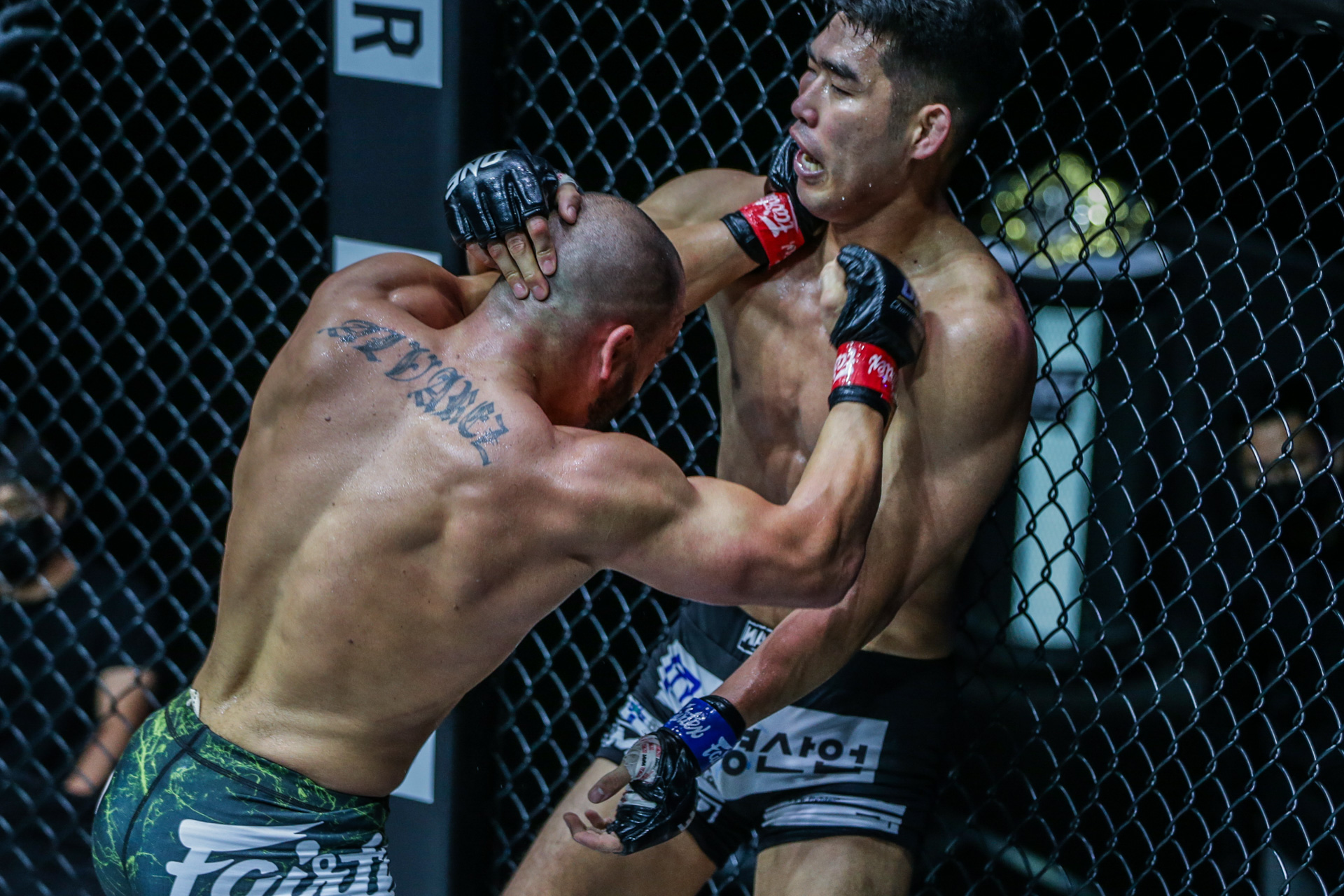 It may be stating the obvious, but Ok’s best chance of victory against Lee will come on the feet. His ability to stay standing is likely to be the biggest factor in how the fight plays out.

The Busan native has already shown his immense skill in this area. He defeated master grappler Marat “Cobra” Gafurov in his ONE debut and then fended off Eddie “The Underground King” Alvarez’s takedown attempts for much of their three-round battle.

Ok has a hard and effective sprawl that works well out in the open, and he uses his long limbs to remain upright with overhooks and frames against the Circle Wall.

Failed shots are taxing, and trying to take someone down from the clinch with no success is hard work, so expect the 30-year-old South Korean to use all of his defensive tactics as part of his ploy.

The more Ok can force “The Warrior” to wear himself out, the more he can come into his own with his strong gas tank. Lee lost the only five-round fight of his career, while the challenger has won two of three, so he’ll increase his chances on Friday if he can tire out the lightweight king before the championship frames. 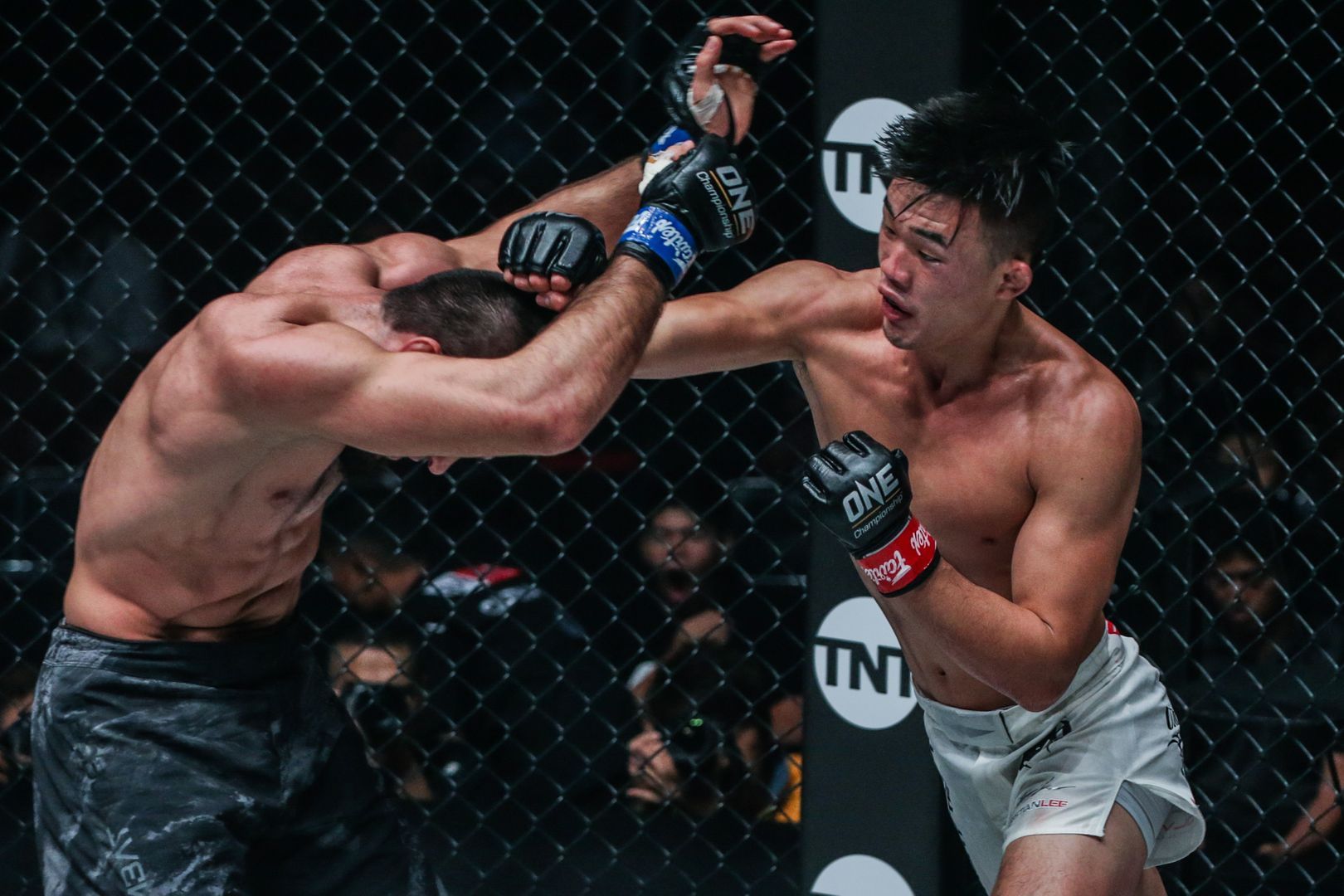 While Ok’s takedown defense is on point, Lee is not your average wrestler. The way he combines his entries with strikes shows the fluidity of a man who grew up as a mixed martial artist.

“The Warrior” rarely stands toe-to-toe with his opponents. He can strike moving forward or backward, but his best way of converting stand-up into groundwork is when he steps in behind his right hand.

The darting straight punch helps him traverse long distances while also being concussive enough to elicit the reaction he needs.

Lee will set the foundation behind feints, jabs, or side kicks and then lunge in with his powerful right hand. If his rivals block it, their arms are high and less effective at defending takedowns. If they don’t, they’ll eat the full power of the shot.

Behind his punch, “The Warrior” will shoot for a double-leg takedown or switch to a body lock, where he has an extremely high success rate in dragging his rivals to the canvas. 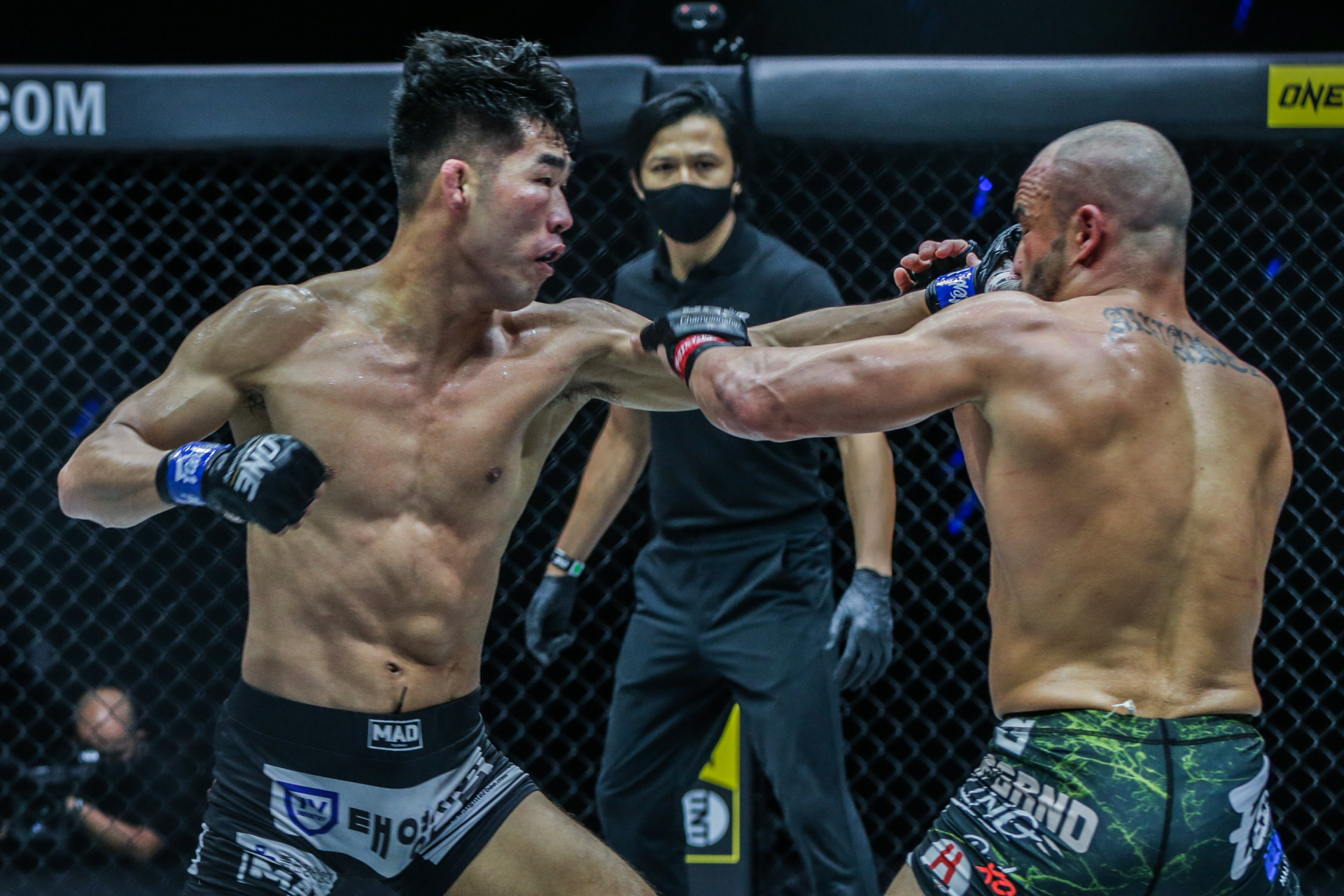 Ok’s striking game is mostly built around his long-range shots, combined with the patience to know when to use them.

Lee has done well against aggressive opponents who prefer to operate at a closer distance, but he’s never had to navigate someone like the South Korean.

Ok uses a strong jab to maintain distance and control the pace of the action, and he scores well when his opponents try to burst inside and land – something “The Warrior” is known for.

The South Korean will try to avoid the United MMA and Evolve MMA man’s early intensity and hope to accumulate damage with his hard right hand and low kicks. If Lee gets frustrated at walking into shots from an opponent who rarely overcommits, he could leave himself open to a powerful right hand or a knee as he tries to push forward.

A similar scenario emerged in Lee’s first bout against Martin “The Situ-Asian” Nguyen back in 2016 when he got caught rushing in. He’s evolved immensely since that time, but Ok’s composed striking game could cause some gaps to open up as the match progresses. 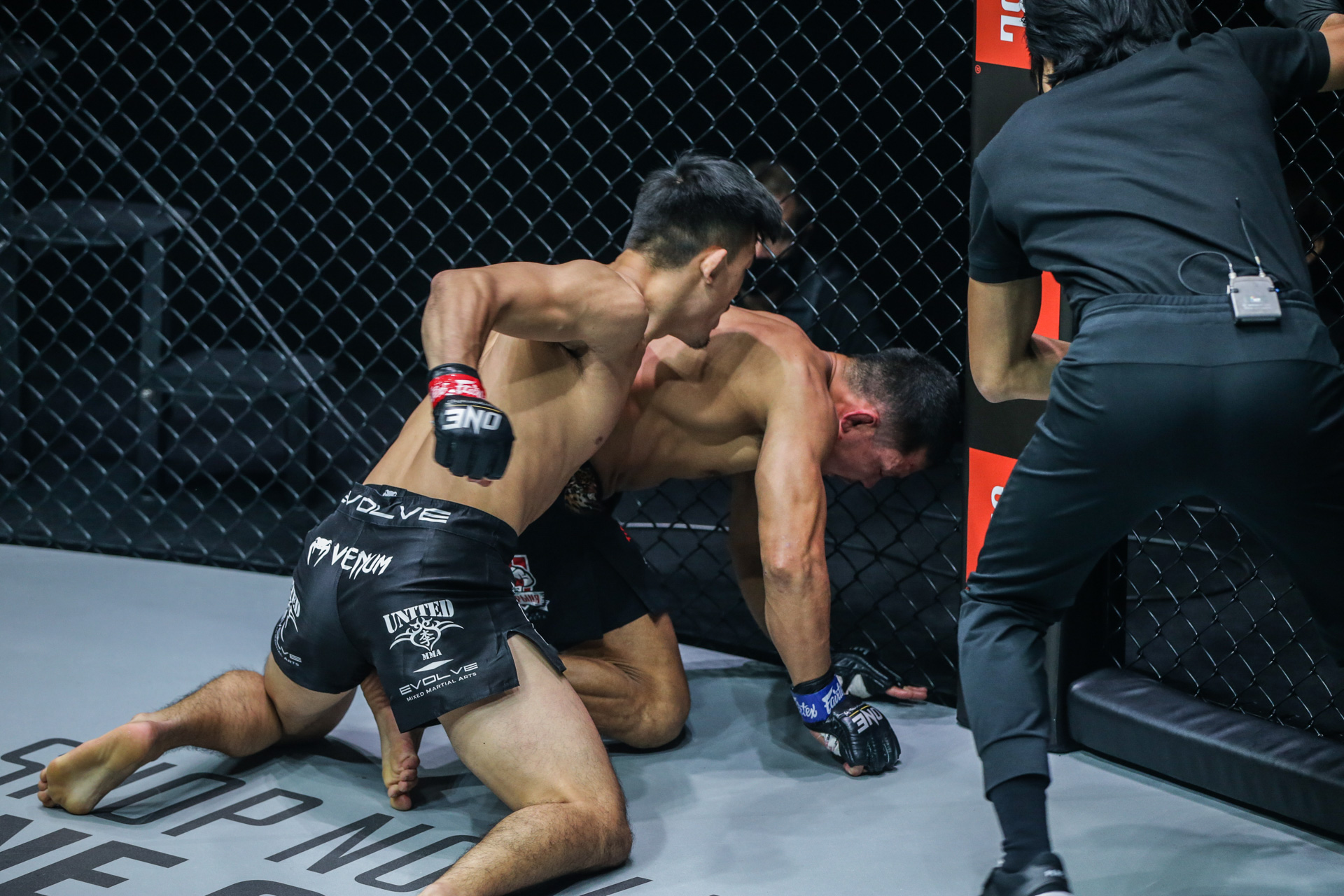 “The Warrior” can do it all, but his ground-and-pound is among the best in the world. And he rarely lets his opponents off the hook once he starts to rain down strikes.

Again, it’s his seamless mixed martial arts game that makes it so effective. If Lee can drag Ok to the mat, he won’t let him breathe or establish a position, and he’ll immediately go on the offensive by laying down a frenzied assault of punches and hammerfists.

From there, the Singaporean-American will increase the pressure and look to advance position. His opponents don’t get the lull they need to build back up to their feet safely, and they’ll often give up a pass or back control while trying to move away from the World Champion’s incoming salvos.

From mount, back control, or side control, Lee is relentless and usually comes away with a finish for his efforts – whether it’s from the strikes or an opening for a submission.

Of course, doing so relies on “The Warrior’s” ability to get his man down. But if he does, Ok will be in huge danger.